NGC 3344 is a much neglected nearby classic face on barred spiral in Leo Minor. At a distance of only 25 million light-years according to the HST website, it is surprisingly poorly known. It was on my list as being a Herschel 400 object. I\'ve been slowly picking these up as time permits. This one happens to be very photogenic but much overlooked. The NGC Project classifies it as Sc ignoring the bar. NED gives the more generally accepted classification of (R)SAB(r)bc. While redshift puts it some 41 million light-years away other measurements put it much closer. The HST, using both a type one supernova and some easily resolved Cepheid variable stars puts it at a more reasonable 25 million light-years which also matches the resolution the HST gives on the galaxy. See: http://www.spacetelescope.org/images/potw1242a/ for the full story and images.

My entry in the Herschel 400 log from April 15, 1985 (must have been celebrating the end of tax season at the telescope) reads: \"Large, very faint, circular galaxy with a 13th magnitude starlike nucleus. Hard to see as it overlaps one member of a double star. Very confusing at lower power.\" The two stars against the disk are listed at 11.4 and 10.0. Apparently, I was seeing only the inner part of the disk with the brighter star beyond the disk I was seeing. Though I\'d have thought I\'d have said triple star rather than double. Apparently, I wasn\'t seeing the fainter, third member? At 13.5 magnitude I\'d have expected it to be visible but faint. I need to look at it again this spring it would appear.

While seeing was rather average, transparency was below average. I should have used more than my good skies 4 luminance frames to pick out the faint outer arms. I had to stretch further than I like to bring them out raising the noise in the background more than I\'d like. Longer times or a better night would bring out a lot I missed.

The annotated image shows a large number of galaxies in the field to be at a distance of 720 and 740 million light-years. I found one galaxy group at NED that contained only 4 galaxies at the 720 million light-year distance. Which four I don\'t know and why the rest are ignored I don\'t know. There are several galaxy pairs in the image but only one of the pair, if any, would have a redshift measurement so hard to know if they are really close pairs or just line of sight galaxies. Again I\'m left with more questions than I started with.

The one asteroid in the image is also noted on the annotated image. 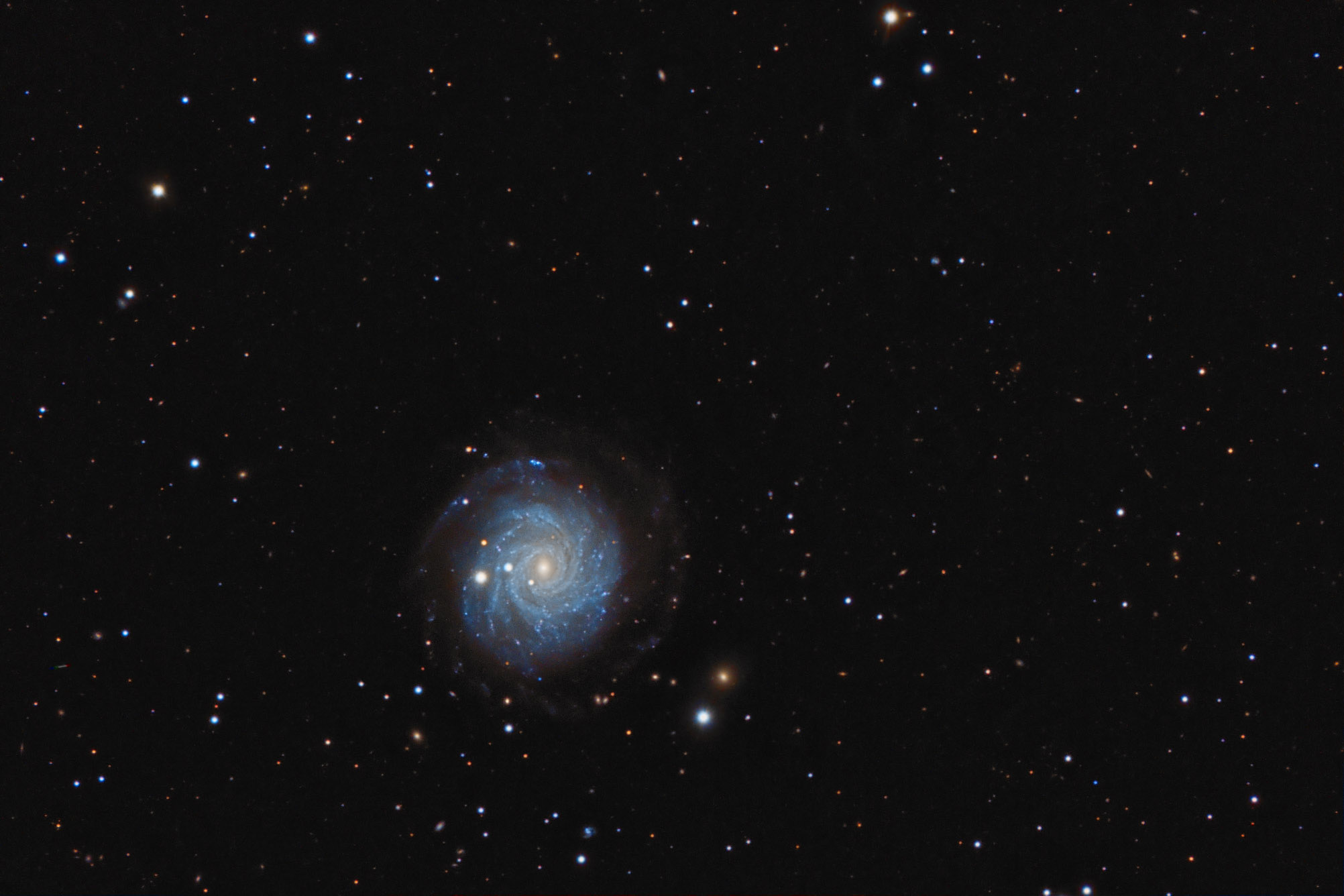 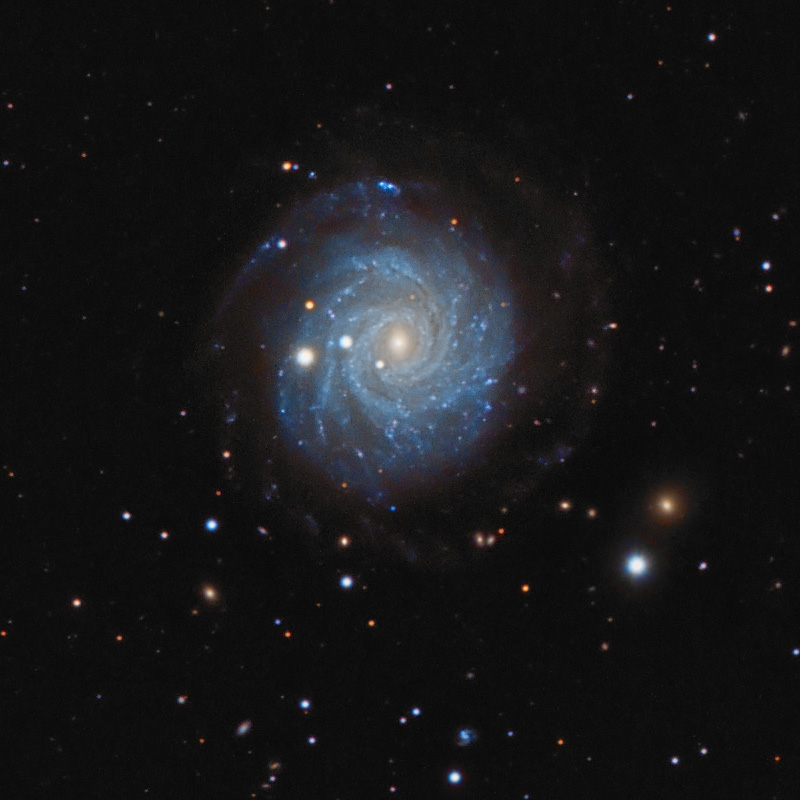 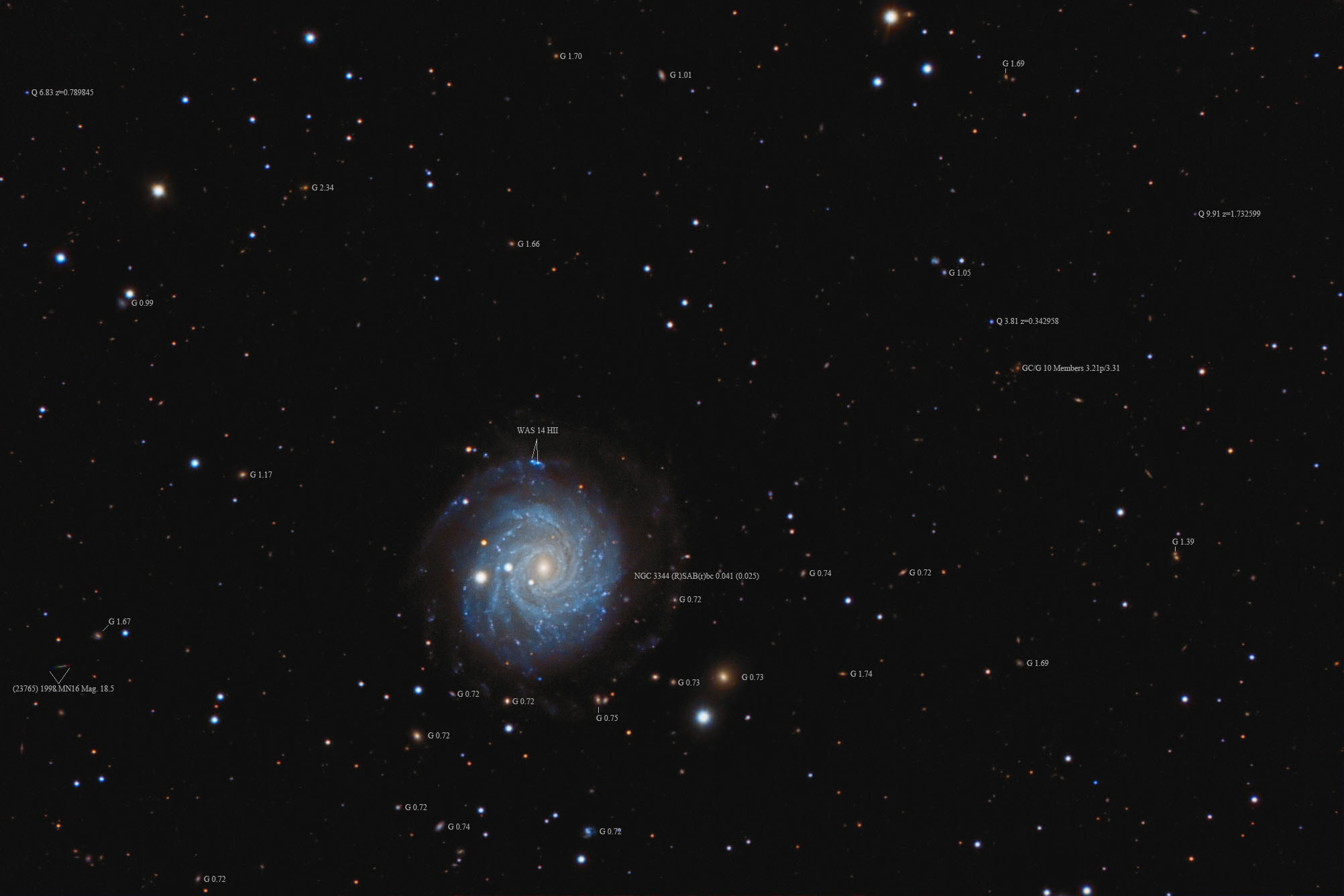