NGC 3367 is a rather messed up barred spiral in Leo north of M105 about 150 million light-years away. To show so much detail at that distance you know it is large, about 115,000 light-years across by my measurements including the faint outer plume on the western side. I say \"messed up\" due to its rather chaotic spiral structure. At first glance, it looks rather normal but then you find arms start from nothing or branch from others. One ends when it hits a bright edge that appears to be a spiral arm that comes from nowhere. It has one heavy arm on the south side that certainly fits Arp\'s \"One heavy arm\" category though didn\'t make his list. It was discovered by William Herschel on March 19, 1784. It\'s not in either H400 program.

As I was about to start the image I noted there was a rather large NGC galaxy in The Sky just outside the field of view. I decided to include it so moved NGC 3367 down and west just enough to bring NGC 3377 into the image. Good thing as it turned out quite interesting though wasn\'t on my to-do list.

It is a large \"discy\" elliptical galaxy much closer than NGC 3367. Redshift puts it at 47 million light-years but a bunch of non-redshift measurements have a median value of 35 million light-years. Considering how many globular clusters I was able to find in it I\'ll go with that closer figure. By \"discy\" I mean it appears to have a disc-like structure inside the elliptical structure. One note at NED agrees and another says there\'s no hint of a disc. I pointed out some of the globular clusters close to the galaxy though NED listed a lot more further out and seen against the galaxy. Some of the latter weren\'t even visible in the Sloan image. NED also listed a hundred or more planetary nebulae. After finding some in M31 I looked for them in my image. After not finding them I checked the SLOAN image and couldn\'t identify any their either. I only tested a half dozen out of more than 100 so a few might be faintly seen. Figuring if SLOAN can\'t see the ones I checked there was little likelihood I would. This galaxy was discovered by William Herschel on April 8, 1784. It is in the original H400 program. My observation on April 15, 1985 on a humid night with my 10\" f/5 using up to 150x reads: \"small, oval galaxy., somewhat brighter toward the center but otherwise featureless.\"

The NED data also included many stars also listed a candidate QSO along with some UvS objects also listed as QSO candidates. Like before some of the stars turned out to be rejected QSOs but none of the UvS objects were rejected. So like before I included the UvS objects but not the stars listed also as QSO candidates. Again there were many dozens of these, far too many to note without making a mess of the annotated image. I suspect either we are severely underestimating the quasars in the universe or, more likely, most of these are really just stars that for some reason show high photographic redshift. Like before none had spectroscopic redshifts. Those that did are marked as being QSOs by NED and on my annotated image.

One rather bright asteroid photobombed the image. Usually one this bright has a common name but this one only has its discovery sequence ID. Details on the annotated image. 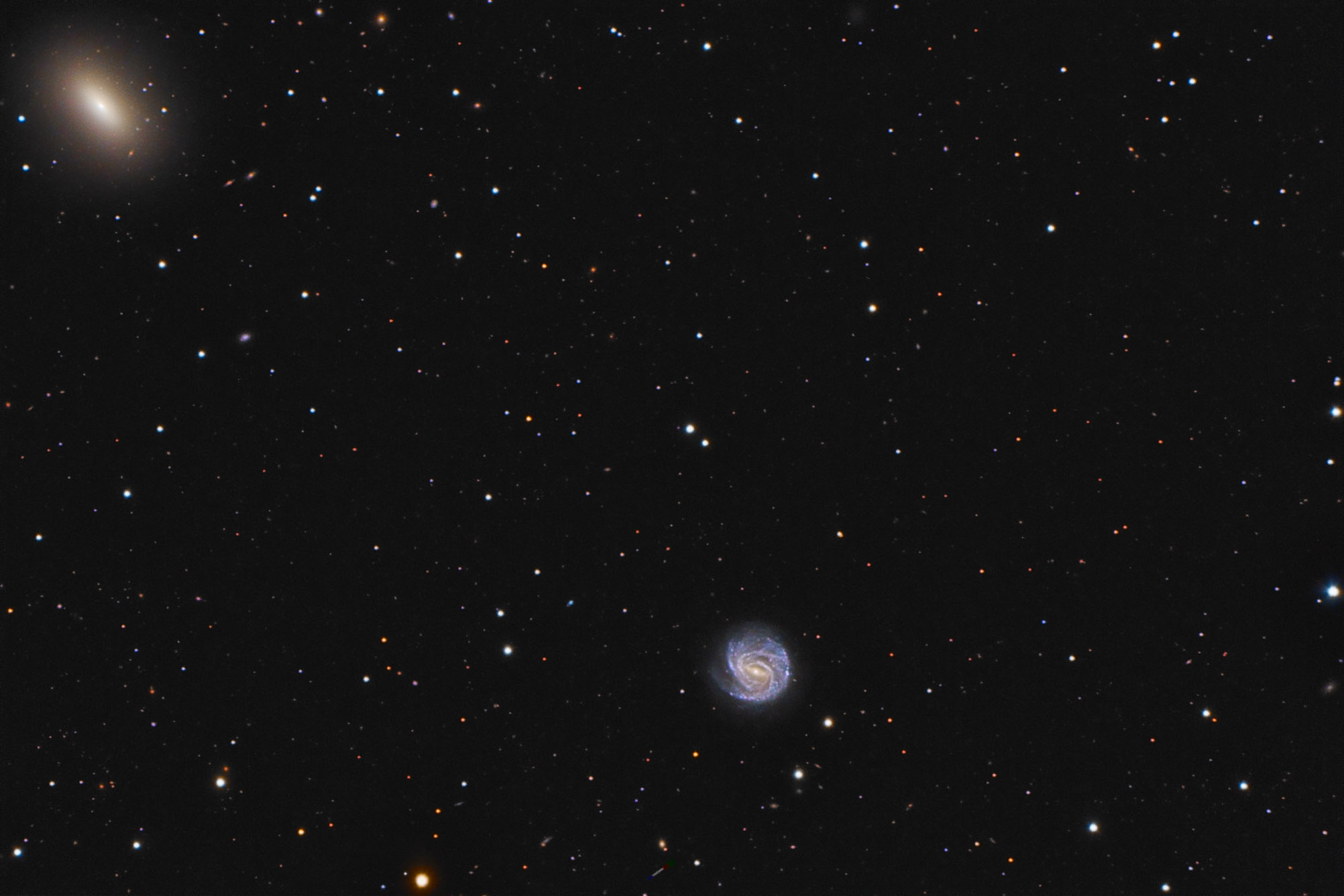 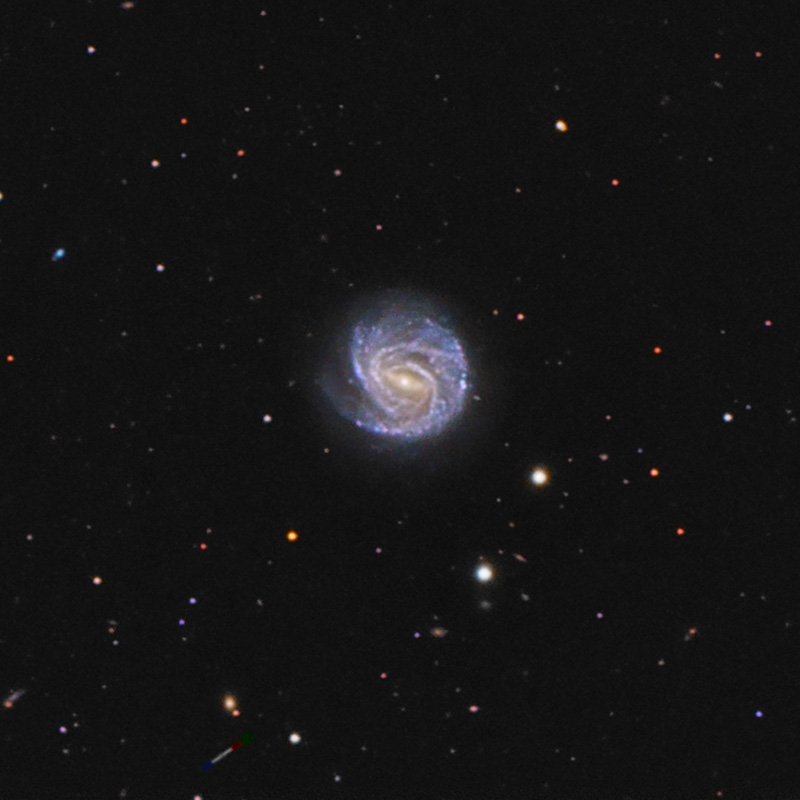 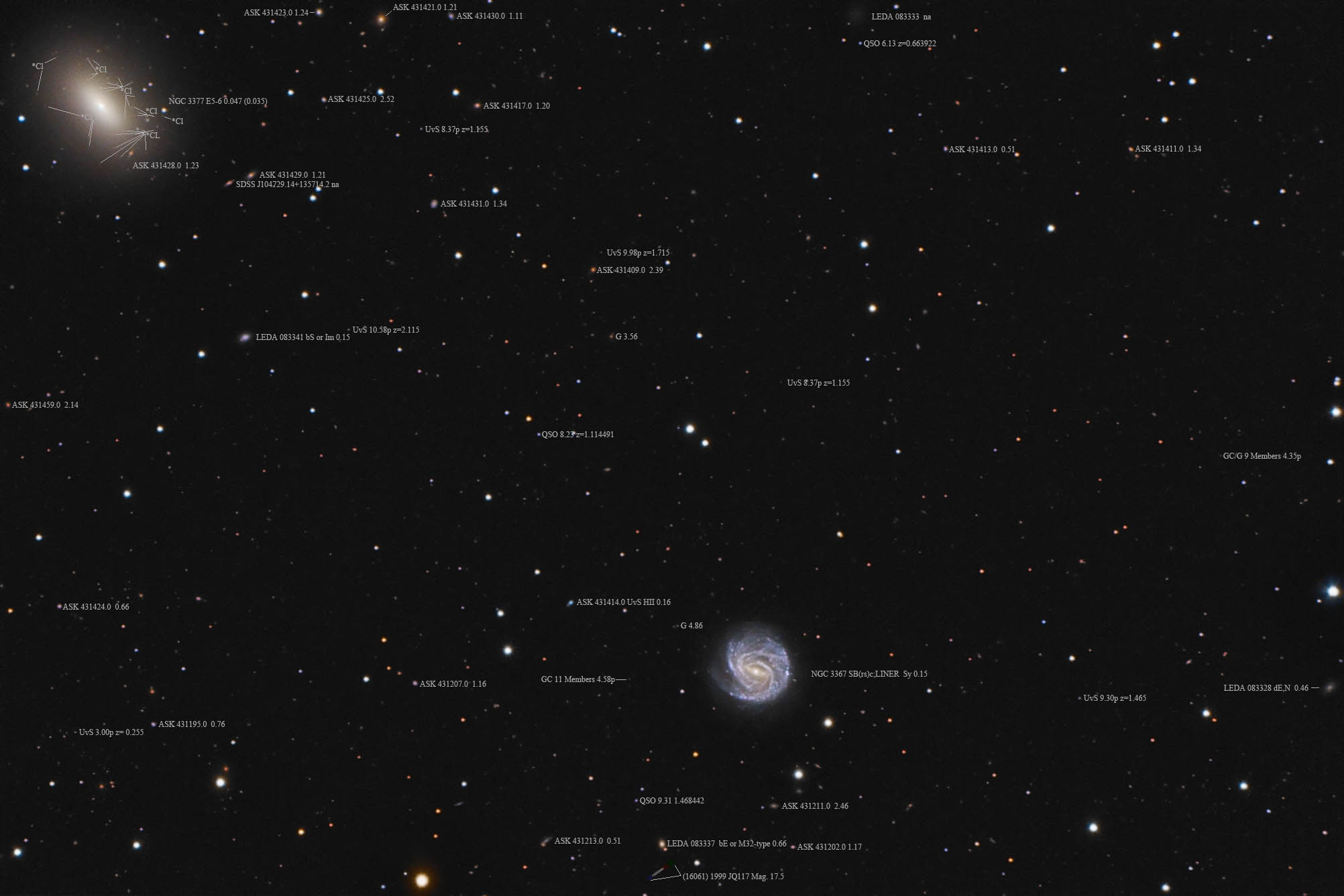