The Leo Minor Triplet? Everyone seems to know the Draco Triplet but few seem aware of this triplet located in Leo Minor. All three were discovered by William Herschel on December 7, 1885. The northeastern two are in the second Herschel 400 observing program from the Astronomical League which I\'d thought would help with its visibility but apparently doesn\'t.

NGC 3413 is a rather star cluster filled S0 galaxy with no well-defined nucleus. I think we are seeing it rather edge on but that might be an illusion and its shape really is a spindle. At 43 million light-years its diameter is about 22,500 light-years, a rather small S0 galaxy. Tully Fisher estimates put it at 56 million light-years.

NGC 3424 is considered a barred spiral seen close to edge on. it seems to have mostly old red stars with some blue regions in the outer spiral arms. I\'d like to see it more face on as it looks quite interesting. Tully Fisher estimates put it 96 million light-years distant. Using the redshift value its diameter is a respectable 76,000 light-years.

NGC 3430 is the only one seen rather face on and has a very active spiral structure with lots of star clouds down its spiral arms. It is classed as SAB meaning it has a bar but also has characteristics of a standard spiral galaxy. In this case, the bar is rather short with the normal spiral structure dominating. It\'s Tully Fisher estimated distance is only slightly further than the redshift distance. Using the redshift distance of 86 million light-years its diameter is 99 million light-years, about the size of our galaxy. To me, it has three major arms which were one of Arp\'s peculiar categories though one arm splits into two unequal arms.

The annotated image covers what few galaxies in the field had redshift data at NED. The position of NGC 3430A was vague in NED but the fuzz patch I\'ve labeled for it is the only object in the area that meets their other values for it. Its size is only 6,600 light-years making it a tiny dwarf galaxy.

Due to conditions, I tried for this one on two nights. Both were similarly poor transparency so I just combined the two nights worth of luminance data. Clouds moved in and cut short the round of color data the second night leaving me with no blue that night and only one of red and green. Thus I didn\'t get twice normal color data. Still, I think it works well. 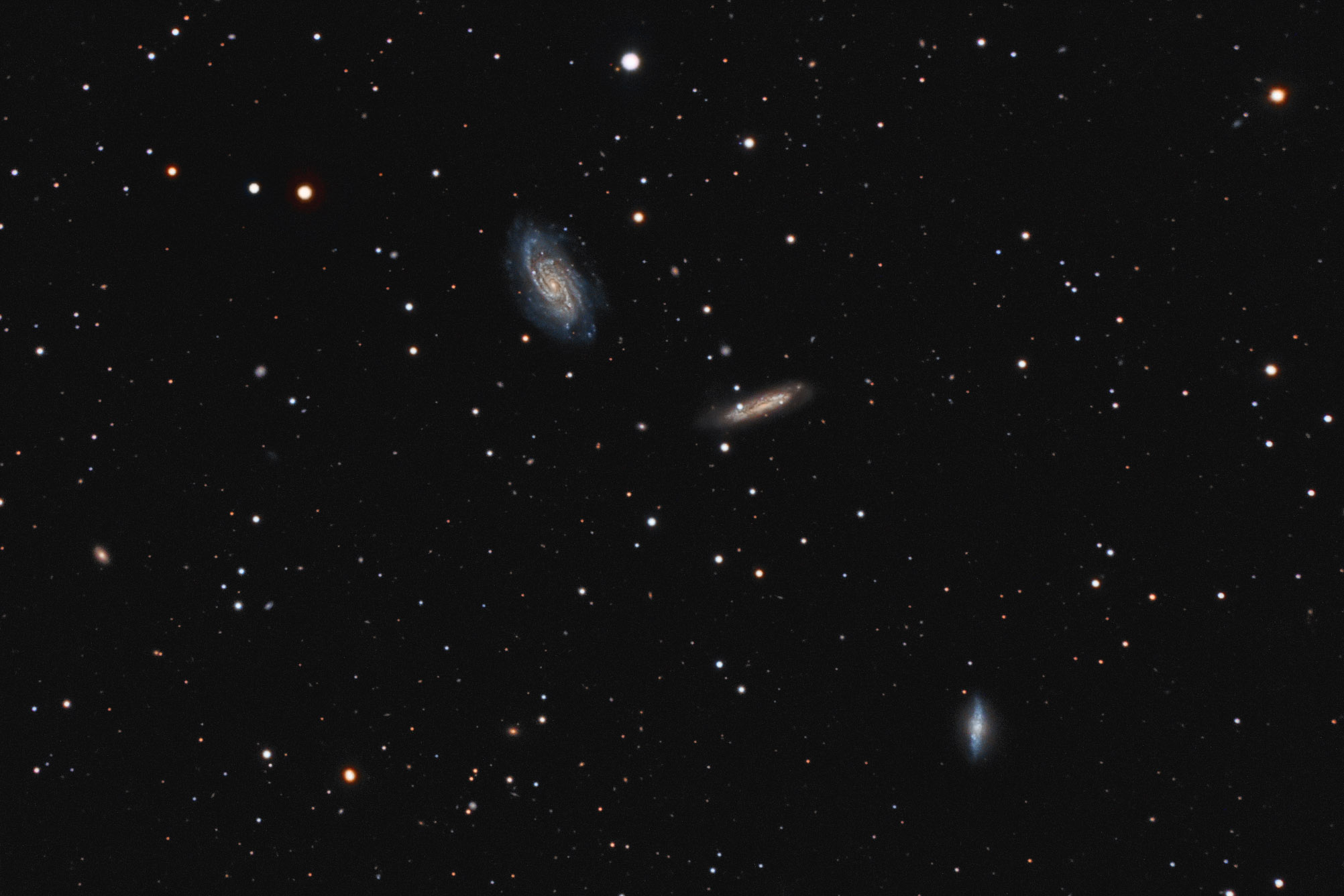 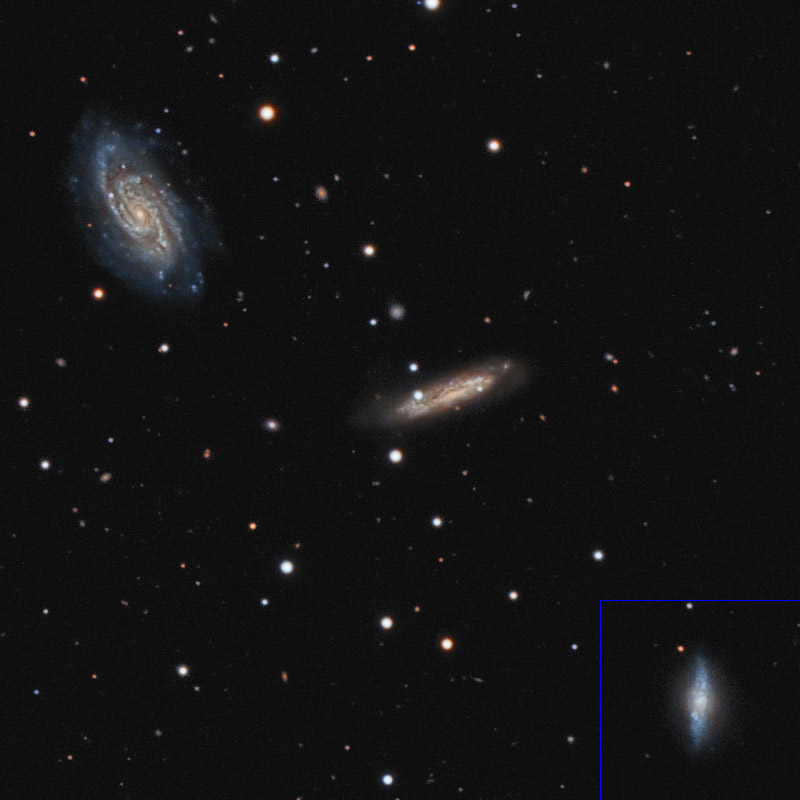 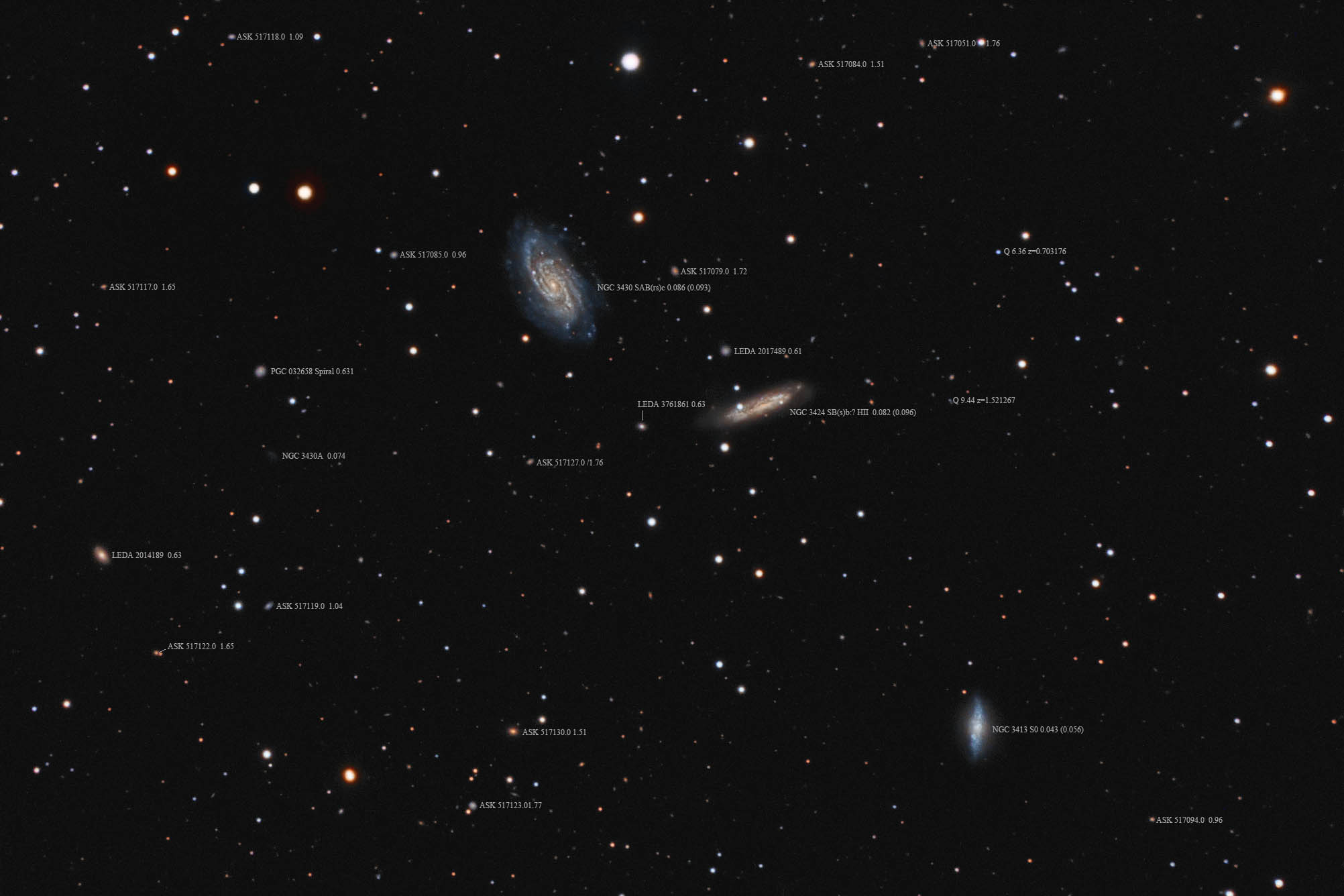