NGC 3434 is a face on spiral with a very unusual arm structure though at first glance it might not appear that odd. It is classed as Sa(r)b with HII emission by NED. It has no arms coming off the core as a classic spiral would. Instead, the core is surrounded by an oval (almost American football shaped) blue ring. Such a shape usually is caused by a bar but there is no bar. Then coming from the southeast side of the ring is a single spiral arm that circles 1.5 times around the galaxy. Or maybe that arm goes only half way and a new arm coming from the northeast part of the oval ring makes a complete circle with the first arm overlapping the second. The only paper I found considers it a single arm, I\'m not quite sure I agree. In any case, it is a strange galaxy once you start to look at it. There are also star clouds in the ring(s) and one between them. The galaxy is about 180 million light-years distant by redshift and is located in the constellation of Leo but the right (30%) side of the image is in Sextans as it is right on the border. It was discovered on January 27, 1786 by William Herschel but isn\'t in either of the Herschel 400 observing programs.

It has a couple of companions with similar redshift. CGCG 038-37 is a very diffuse spiral to the north. North of that and a bit east is a double galaxy. At least it has two different entries in NED with two slightly different positions and very slightly different redshifts. Visually in my image, it seems to consist of an elongated galaxy and a blue round highly condensed galaxy in the northwestern part. NED, however, shows both as having a 1:4 width to length ratio. Neither has the dimensions of the small spherical galaxy. NED also shows a third object, an Ultraviolet Source with a position between the positions of the two elongated galaxies but with an error circle that doesn\'t quite reach the blue compact object. Looking at the SLOAN image of this galaxy it does appear it could be two overlapping elongated galaxies. That still leaves the question of the compact blue object. Is it just a huge star cloud in the galaxy? Is this one, two or three galaxies? Wish I knew. I\'ve included the Sloan image.

Other than this oddball object the rest of the annotated image is rather normal though distances to some object are determined by the Friend of a Friend method which assumes they are related to others in the group. That\'s noted by \"FoF\" after the distance. Same as photographic redshift noted by a \"p\" the accuracy of such distances is less reliable than spectroscopic redshift (no label).

This image might seem to have less background than usual. That\'s because the filter wheel broke during the image. I didn\'t catch it until the next night and didn\'t realize it had hit this image. There\'s a rubber friction band that a capstan drives to turn the wheel. That broke. I\'d already taken green and red data lower in the sky then took blue. That all worked but then after the meridian flip to catch the Luminance channel the band broke so the \"luminance frames were actually blue frames. I didn\'t notice this had happened until I went to process the image many months later. In fact, I didn\'t notice until I was working on the annotated image and noted I\'d lost a good magnitude yet conditions were noted as average in my log. Then I looked closely and found the reason the dust mots didn\'t seem to flat out right for the luminance channel was they were really blue filter dust mots. I\'d used the wrong flat. The software just assumed the filter wheel had worked and labeled it as luminance when that wasn\'t the case. So I\'d spent time cloning out those dust mots that were bright and filling in the dark ones with false background when all I needed have done was use the right flat. The combination of all the light loss in the color filters and the fact that most distant galaxies I pick up are reddened by intergalactic dust resulted in the noisier image than normal and loss of a full magnitude. Since this is a really interesting galaxy and field it is back on the reshoot list for next year. At least the galaxy itself is blue so using blue data didn\'t hurt it as much as it could have. Still, If I\'d known this before processing it I\'d have used all color frames as well as the \"luminance/blue\" frames to make a pseudo luminance image which would have better represented the field. I was nearly done with the annotation when I realized what had happened.

The next night I found the wheel was stuck between two filters and wouldn\'t turn. That lead to the discovery of the broken ring. I tack glued it into the groove and the filter wheel turned just fine positioning correctly. I then called SBIG for a new belt. They said they\'d send two. Why two when the first lasted 10 years I don\'t know but then they never arrived. Seems they all left for NEAF and the belts never got sent. The tack glue job didn\'t hold long and the belt developed some gaps as it was so rotten it was falling apart. A rubber band would fill in and work for one image but had to be replaced each new image. I finally found one that hung in fairly well. After the SBIG crew returned from NEAF they found my many emails and phone messages and actually sent the belts. No charge even though the camera was 9 years out of warranty. 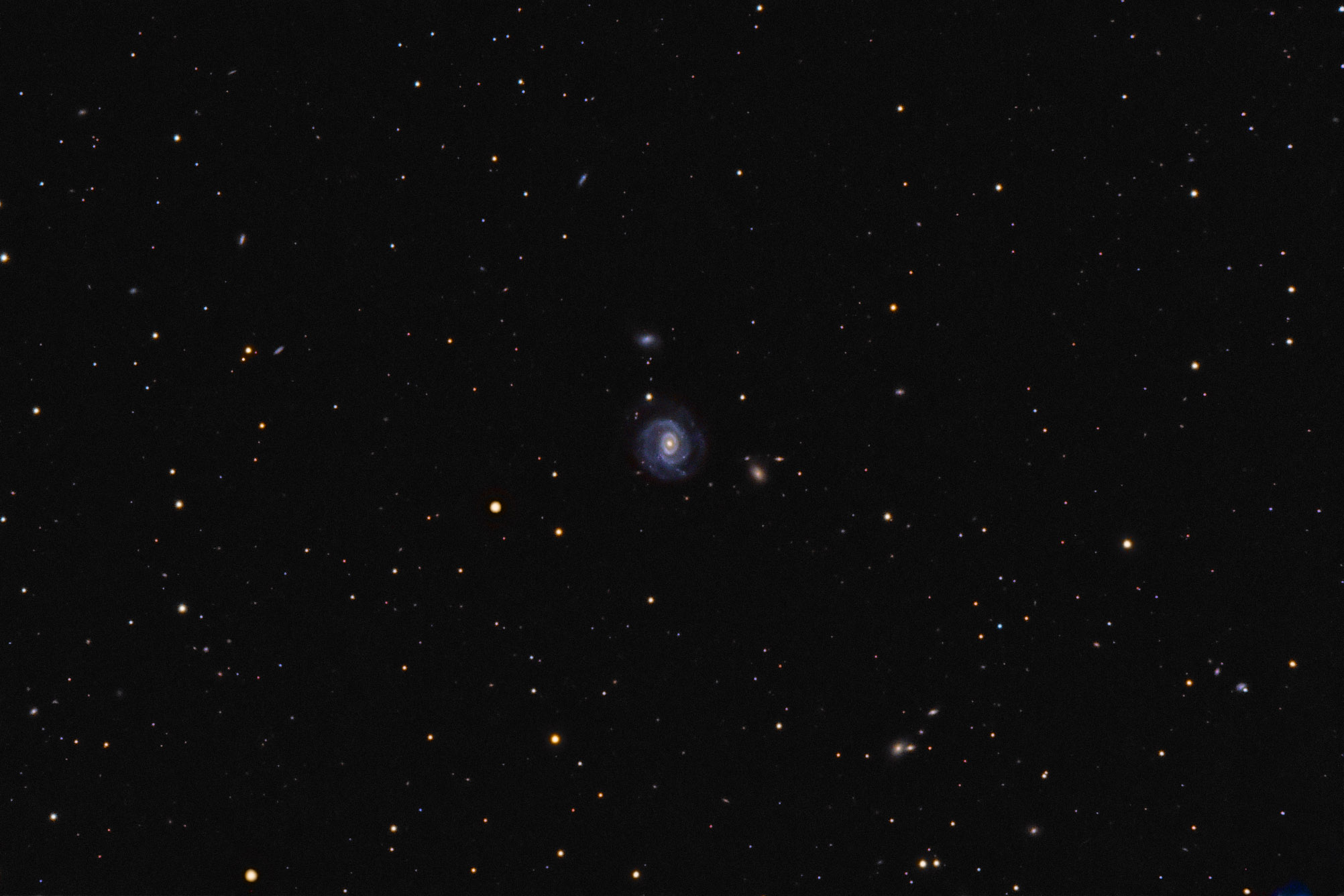 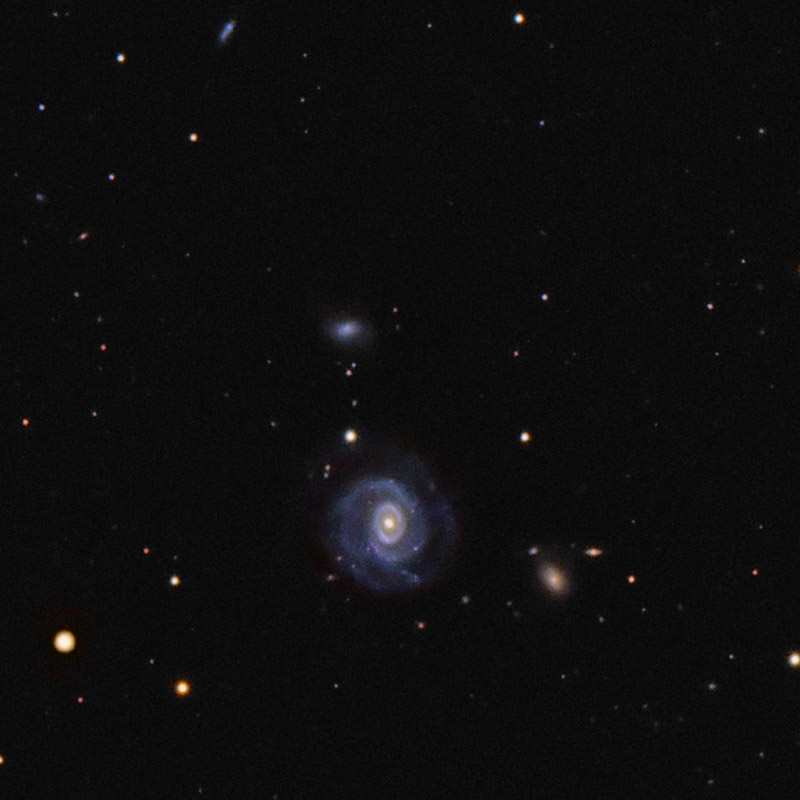 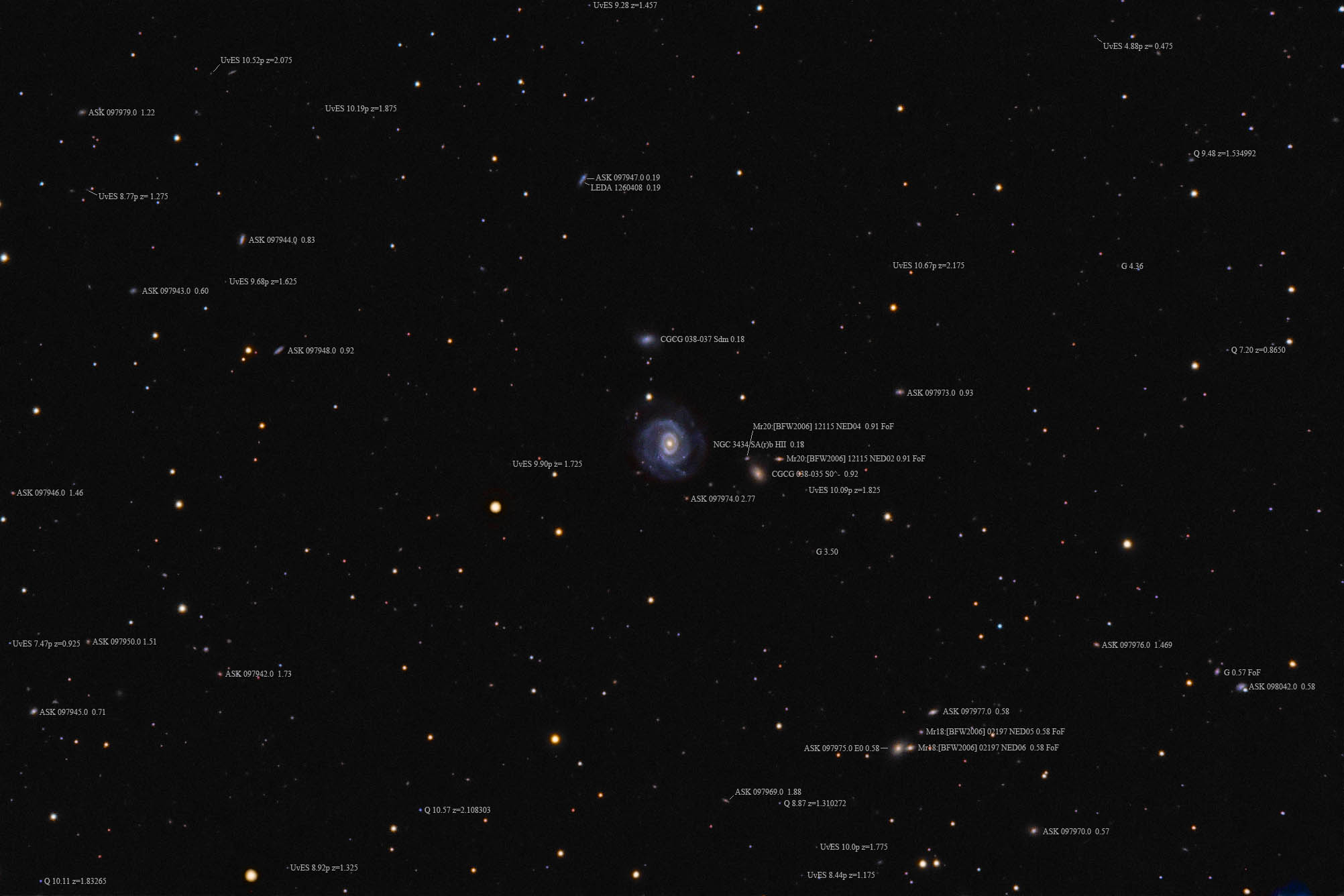