NGC 3486 is a multi-fragmented arm spiral in western Leo Minor about 45 million light-years distant. It has a very bright core but faint arms. NED classes it as SAB(r)c and a Seyfert 2 galaxy with HII emission. The NGC Project says simply Sc. Assuming the 45 million light-year distance I measure it at about 93,000 light-years in diameter. The HII regions came through surprisingly well for that distance even though I used no Hydrogen Alpha data to help bring them out (the pink spots). At first glance, it appears to be a grand design spiral but then you realize the arms are just fragments taking it out of that classification which needs complete, well-defined arms.

It was discovered by William Herschel on April 11, 1785. It is in the first H400 program. My log from April 15, 1985 on a fair but humid night with my 10\" f/5 at up to 150x reads: \"Small, faint, slightly uneven splotch of a galaxy. It seems slightly brighter toward the center. It seems to change shape from circular to \'S\" shaped with averted vision.\" Sounds like I was seeing only the center with direct vision and maybe a hint of the inner arms with averted vision. I never looked at it again, or at least never logged it again so I don\'t know if the night\'s humidity was taking a toll on the transparency.

To the upper left of NGC 3486 is the rather odd looking galaxy VV 515. The VV catalog only lists multiple galaxies. In this case three of them. Unfortunately, NED doesn\'t give the position of the three, just of the group so I can\'t tell you which parts are considered separate galaxies.

I listed the catalog name of all galaxies with redshift data that had a name other than one that was just its coordinates. The two with question marks beside them weren\'t in NED even though this field is well covered by the Sloan Survey data. Again, I just happened across them so it is likely others were missed as well. There are several galaxy clusters around bright cluster galaxies. Most used the same photographic data (p) for the distance to both the galaxy and the cluster. When this happened I listed only one distance. In the case where there were two determinations, one of which was spectroscopic and different both are listed with the first being the cluster distance and the second the distance to the anchoring galaxy. Likely the spectroscopically determined redshift is most accurate for both the galaxy and cluster. 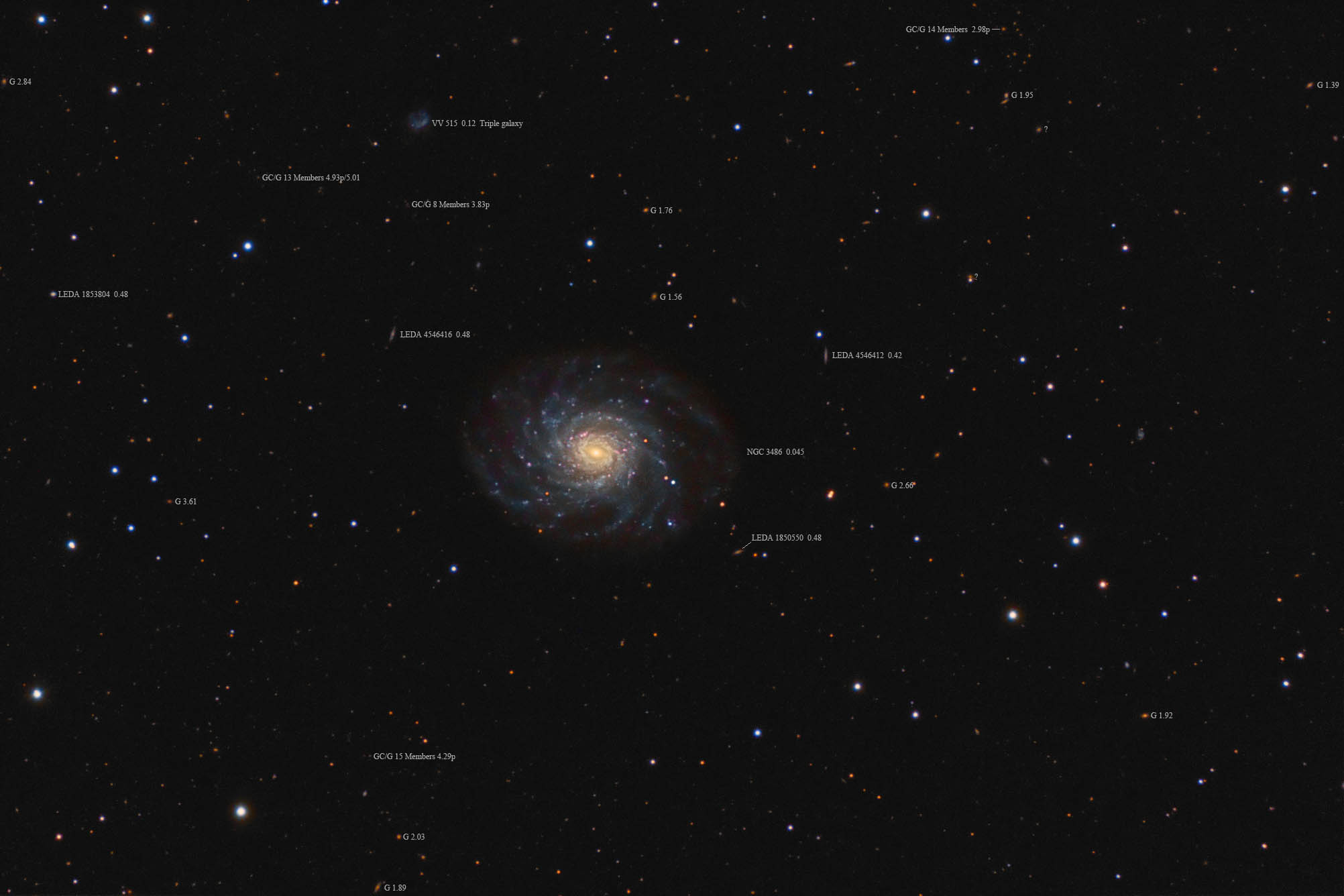 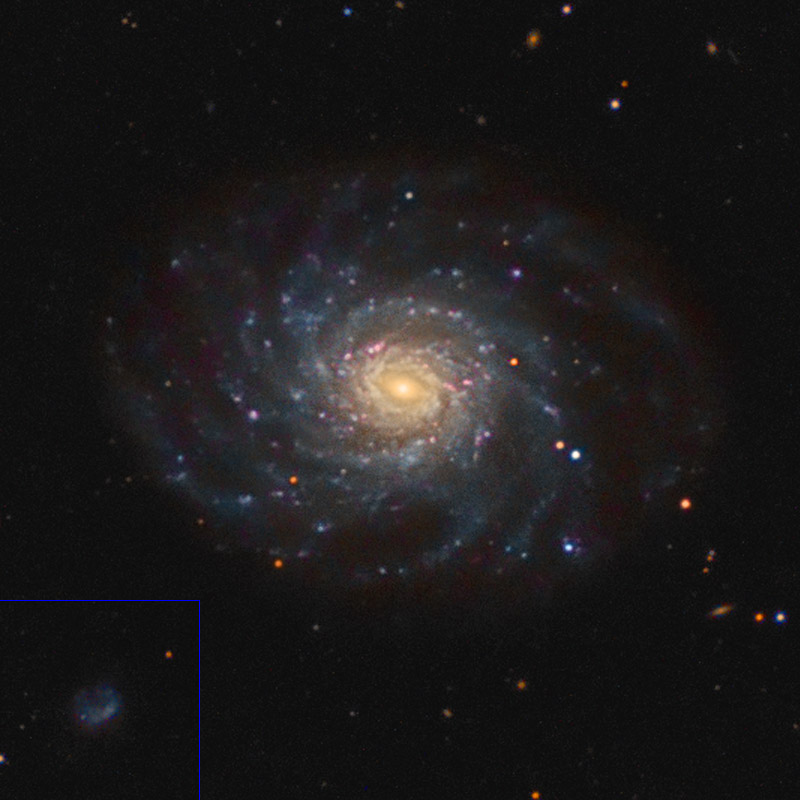 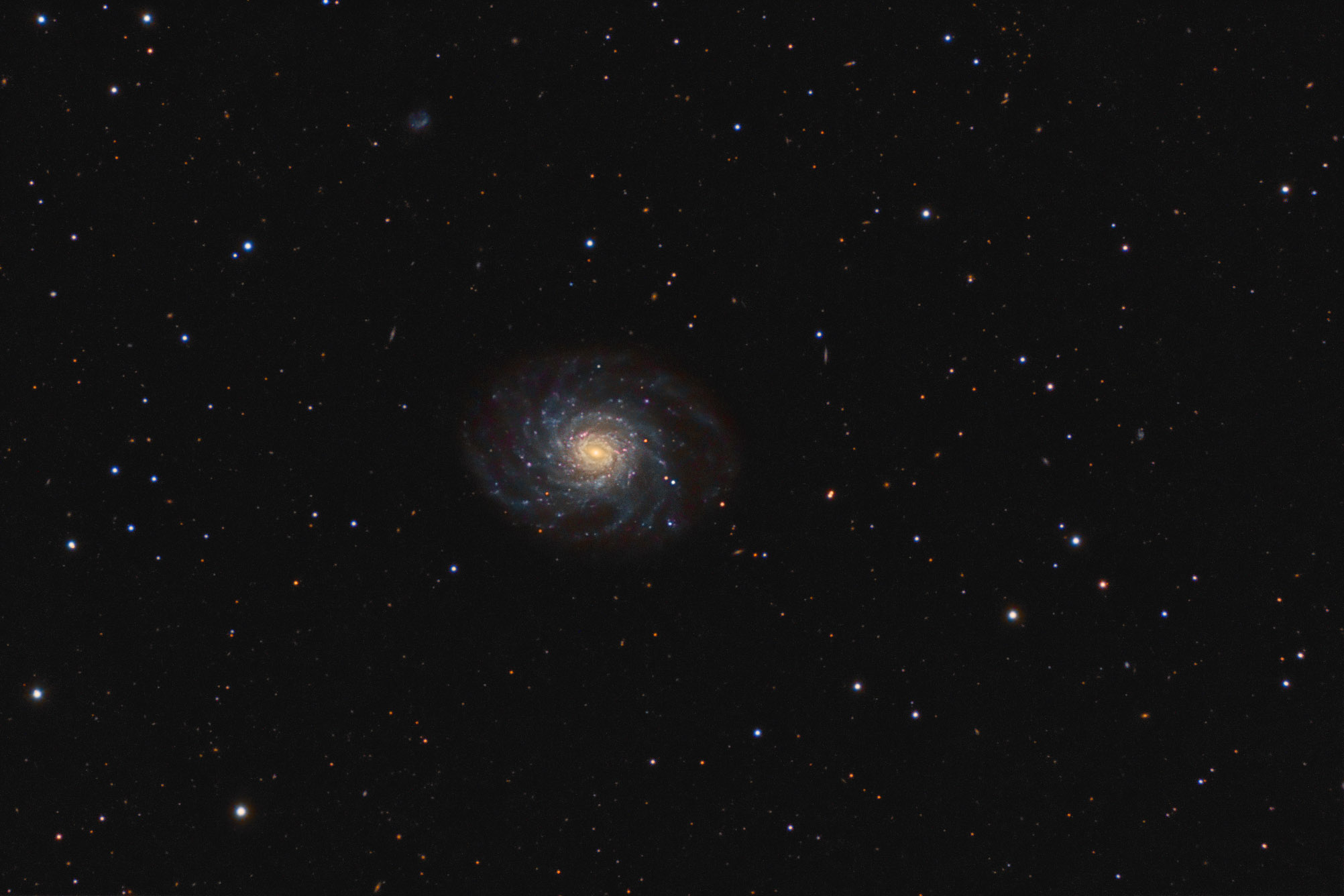