The NGC 3607 group consists mostly of elliptical or elliptical-like galaxies with spirals limited to the edges. It is about 50 to 70 million light-years away and located in the hindquarters of Leo the Lion. The entire group doesn\'t fit my field. I was going to center on NGC 3607 but the two spirals well to the south caught my eye. I couldn\'t quite fit NGC 3608 in and them too without rotating my camera. As it was -30C the night I took this and I don\'t have an electrical rotator that didn\'t happen. Ellipticals aren\'t often as interesting as spirals so I opted to cut off the elliptical. Also, I couldn\'t quite fit in NGC 3599 an SA0: member of the group that was just too far west and still fit in PGC34493 which seemed more interesting to me though a lot smaller. The f/8 version of this scope came out several years after I bought the f/10 version. It would have had the field I need. Consult the annotated image for other galaxies in the 50 to 70 million light-year range for others in the group.

The field is only about 12 degrees above the ecliptic. I had expected an asteroid or two in the image. All I got were a couple pieces of space junk I processed out.

The 3 NGC galaxies were discovered by William Herschel on March 14, 1784.

NGC 3607 and NGC 3608 are in the original H400 program. I observed them on April 16, 1985 with my 10\" f/5 at 50x and 160x on a night hampered by high humidity. I say of 3607 \"Round galaxy, rapidly brightening toward the center. No detail seen. In the same high power field with NGC 3608.\" Of NGC 3608 my log entry reads \"Similarly to 3607 but smaller. They form a conspicuous pair.\" Apparently, I wasn\'t much into featureless elliptical galaxies 33 years ago any more than I am today. Oddly I didn\'t mention NGC 3605 even though it must have been seen. It is in the second Herschel 400 program. I know I logged it but the log from those vanished during the move up here. So did the original 400 log but I\'d moved it into an early computer, a Heathkit IBM PC clone and the ASCII copy of that file is still in my present computer. I never digitized the second list. I was going to but that never happened before both original logs were lost.

There are three blue, very low surface brightness blobs of a galaxy in the image. NED had little on them, not even a distance estimate. Are they part of the group? I have no way to know. I\'ve identified them on the annotated image even without any distance data. 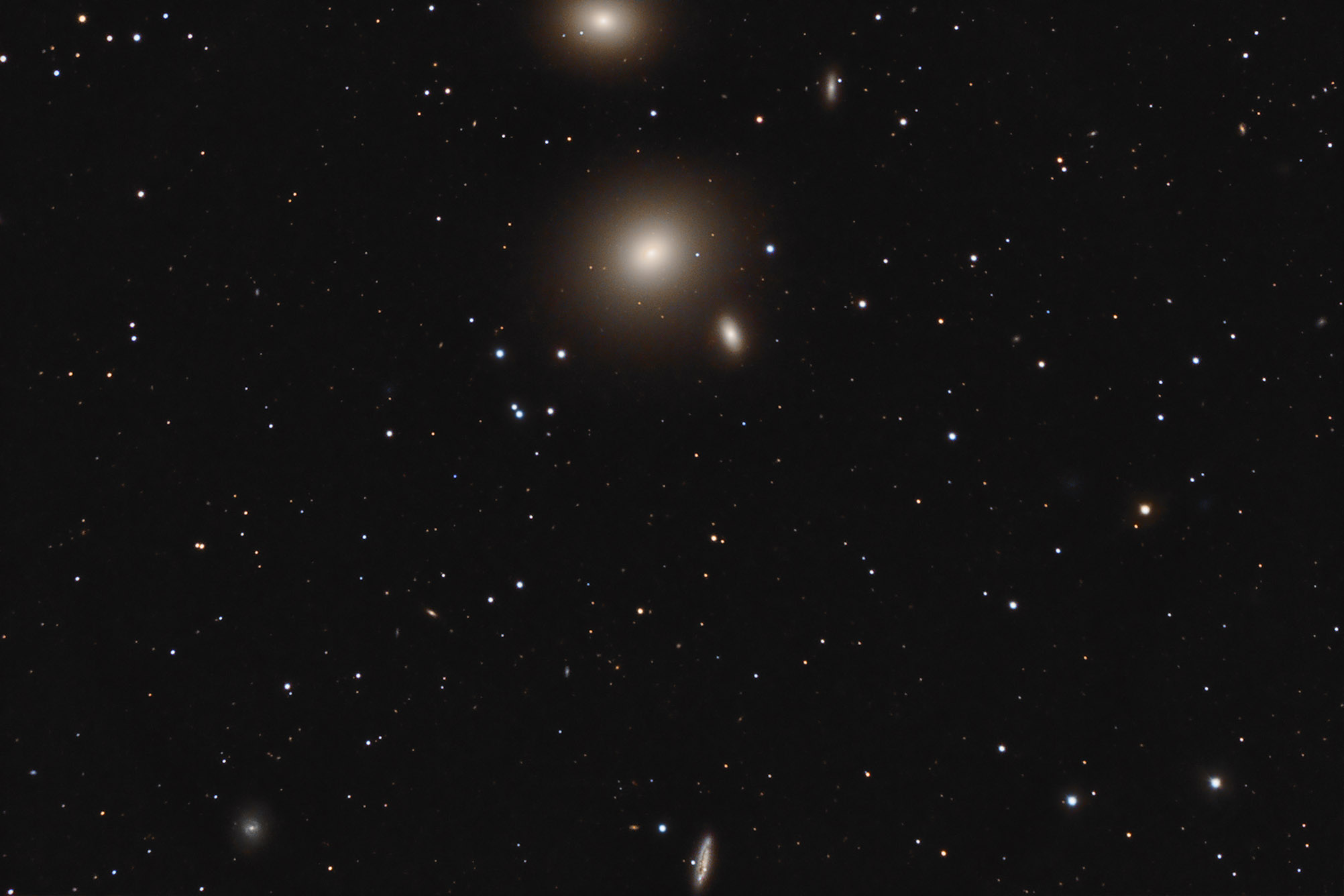 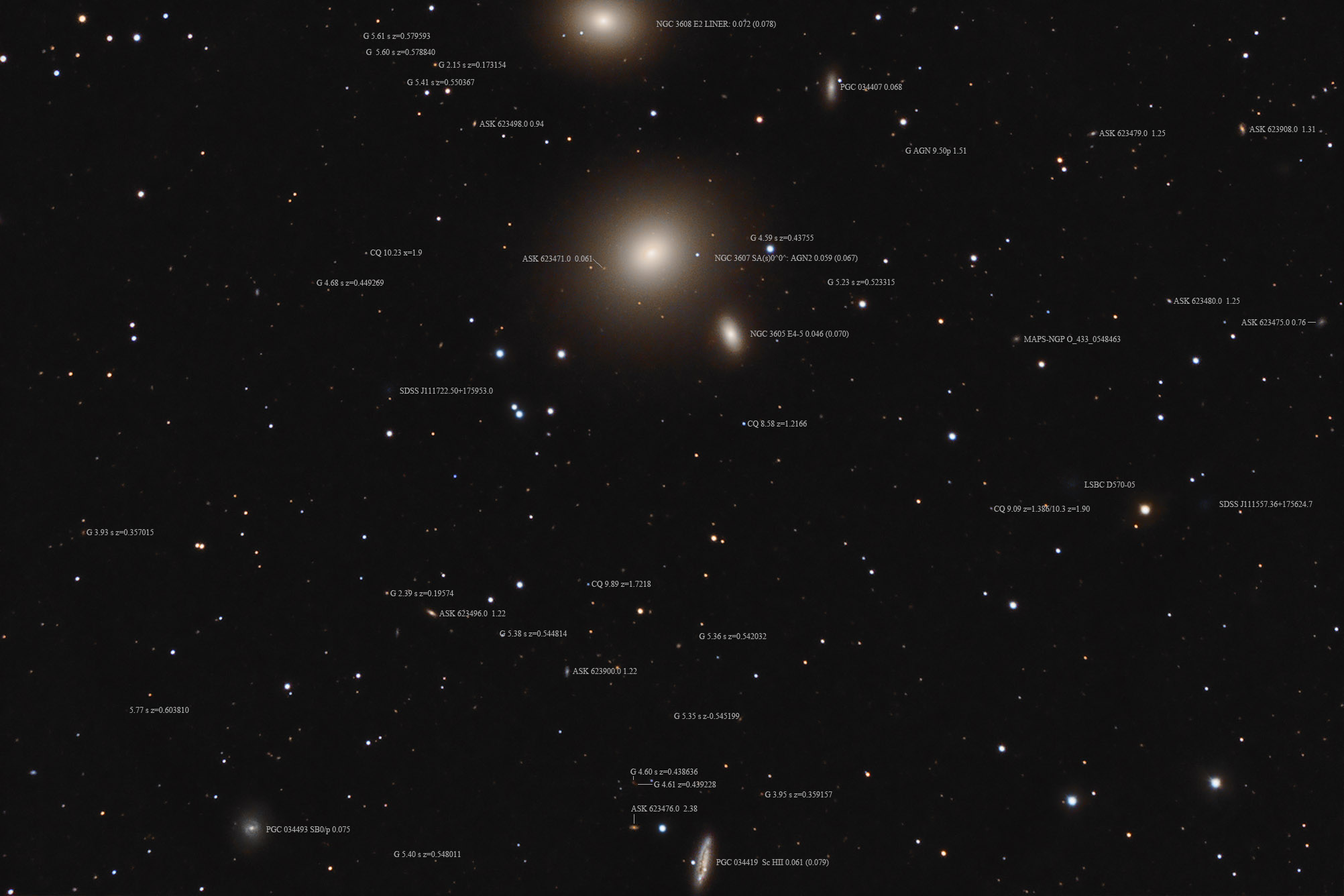