NGC 3640 is a very large elliptical galaxy in southeastern Leo about 77 million light-years from us. The ecliptic passes less than a degree away so I expected a lot of asteroids but only 5 were bright enough for me to point them out and most were barely bright enough. The sky was unusually bright with airglow limiting how faint I could go.

NGC 3640 appears rather disturbed, maybe by NGC 3641 just below it though redshift would argue otherwise. So do the two papers that mention the pair. Both look disturbed to my eye. NGC 3640 has faint plumes that spread in many directions. These may be due to galaxies it has already devoured. While I found papers on this galaxy none seemed interested in this aspect of it. One paper says NGC 3640 may have a faint tilted disk another says it is a fast oblate rotator. NGC 3641 seems to have been pulled in the direction of NGC 3460 but this is most likely an illusion due to the overlap of NGC 3640\'s outer region. Most papers I saw refer to it as a fairly regular elliptical. The bright region certainly is but beyond that lies a lot of faint red stars that give it a very irregular, almost lumpy appearance. To the northwest, it has a rather sharp cutoff with a faint hint of stars beyond. Other directions don\'t show this sharp edge but just fade away. This made determining its size difficult but setting an arbitrary level of 10 ADU above background I get a diameter of about 150,000 light-years. It varies a bit depending on what diameter you choose to measure but this is about the average.

NGC 3640 was discovered by William Herschel on February 23, 1784 and is in the original Herschel 400 program. It obviously didn\'t impress me visually as my log from a humid hurt night with my 10\" f/5 on April 16, 1985 at 60 and 100 power is short and not very helpful. It reads \"Small round galaxy, brighter toward the center.\" That may be my shortest entry of the 400. I was only seeing the bright central region. I\'m sure the humidity is partly to blame but suspect I\'d need a bigger scope to see much more no matter how good the night. 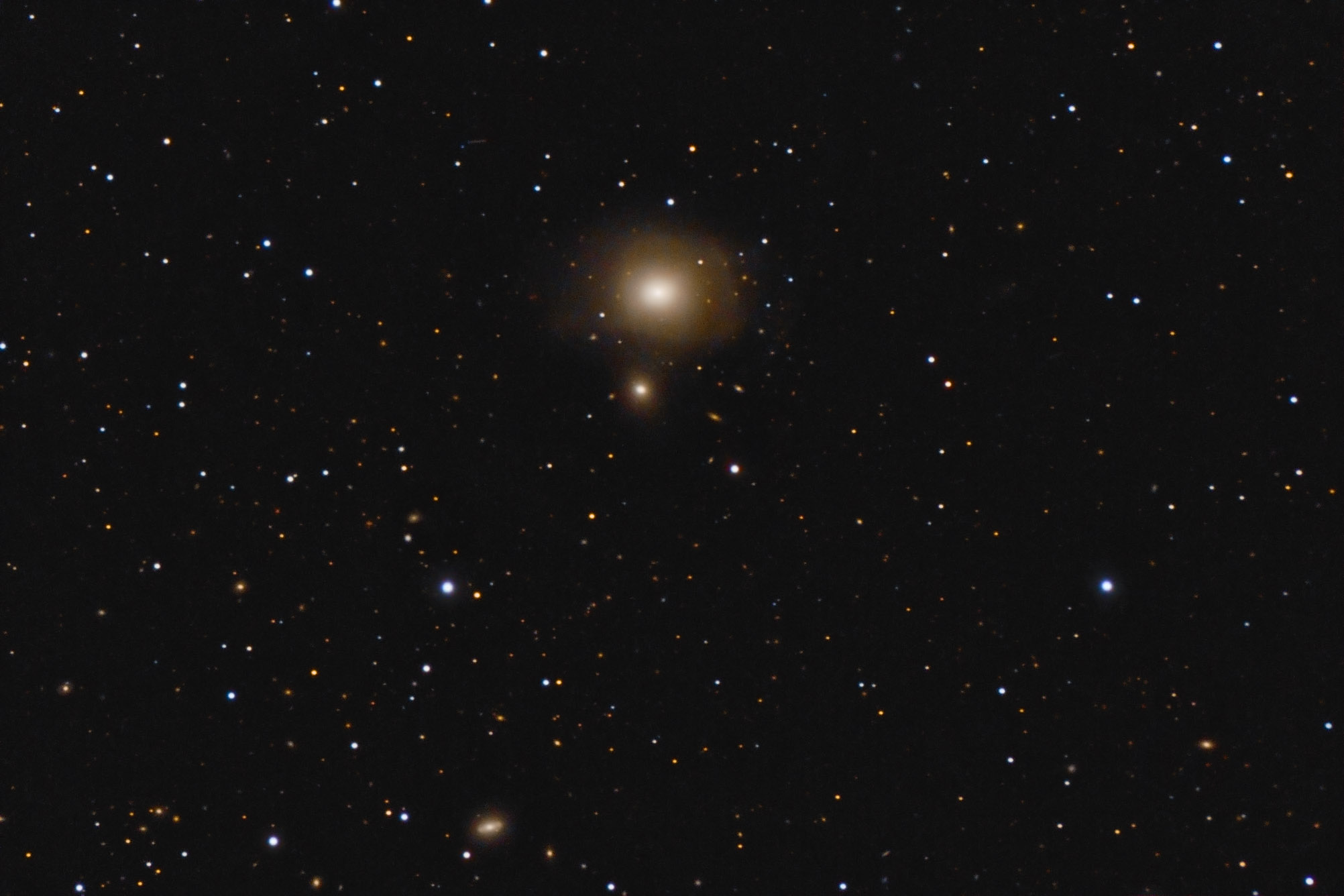 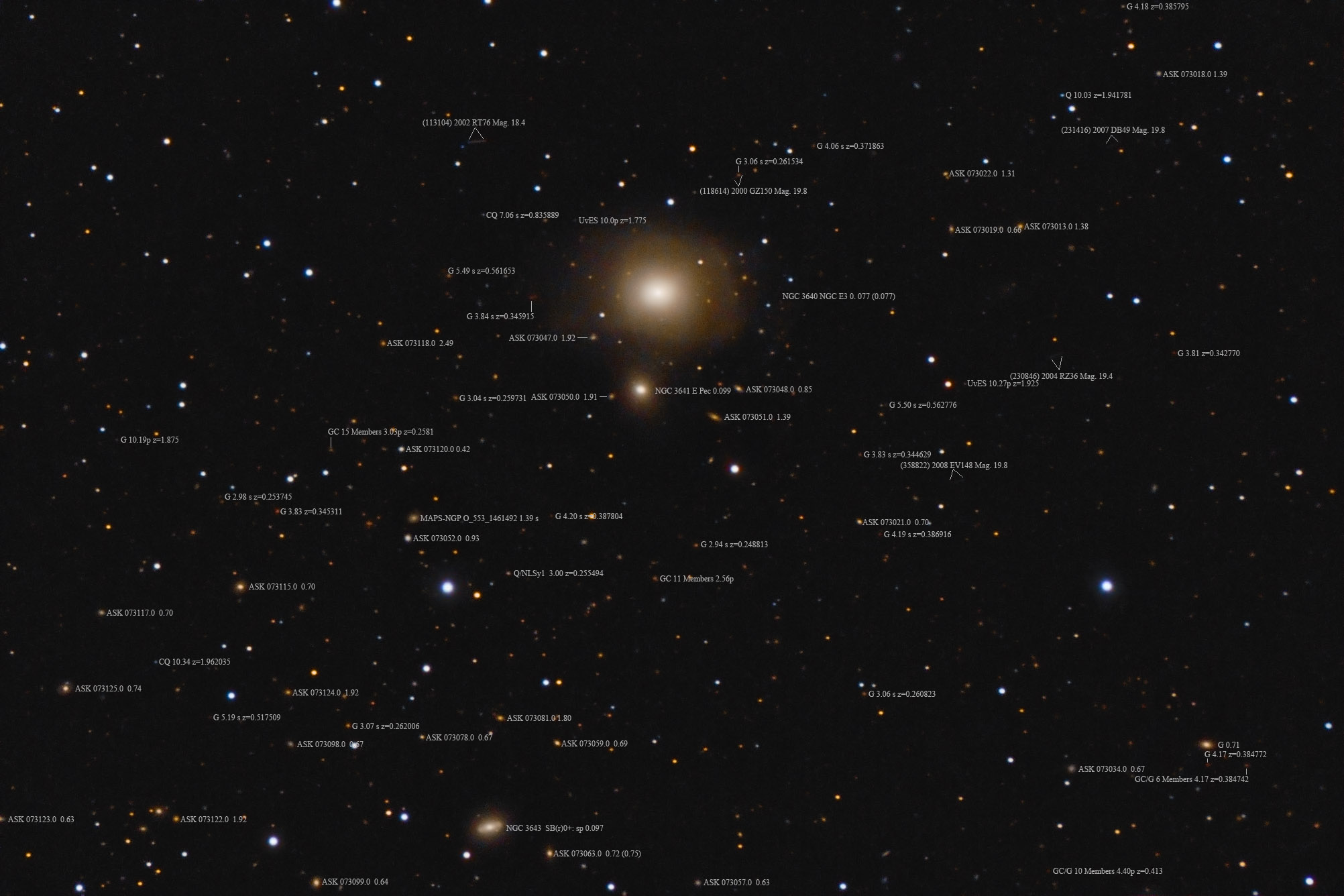