NGC 3675 is a beautiful but rarely imaged flocculent galaxy in Ursa Major. By redshift, it is about 46 million light-years distant. Other measurements, mostly Tully-Fisher, range from 41 to 65 million light-years. The one claimed to be most accurate in a 2009 paper says 54 million light-years. I found little agreement beyond this. It is classed as SA(s)b;HII LINER. I\'m a bit puzzled over the HII as the only note at NED mentioning HII said the regions were less than 2\" across and indicated they considered them a minor feature. It is tilted rather strongly toward an edge on view. This means we see the dust lanes on the near side much better than those of the far side. In fact, the galaxy has a large halo that further hides the far side from view. I\'ve applied considerable processing to this region to bring out detail usually hidden by the halo in the few images of this galaxy I found on the net. Even the Sloan Survey image has difficulty with detail of the far side. The core seems to have no real bulge. It even appears recessed as if the flocculent arms and dust lanes extend further above and below the disk\'s plane than does the core. This is likely an illusion due to my processing to bring out spiral structure right to the very center, but one I can\'t seem to shake.

There\'s a really strange galaxy above NGC 3675. It is SDSS J112622.06+434124.4. It has one arm on the east side mostly detached from the core. There\'s nothing on it in the literature. I\'d love to see what Hubble\'s view of it would be. There are several galaxy clusters in the image. The one due east of NGC 3675 is WHL J112649.0+433441. The BCG is listed at 4.05 billion light-years but the cluster with the same location has a photographically determined redshift of 4.25 billion light-years. I consider the former more likely the more reasonable estimate. To the west and a bit, north is the 22 member group WHL J112459.4+433810. Right near the northwest end of NGC 3675 is the small 7 member group WHL J112557.7+433919. Virtually my entire field is covered by ZwCl 1122.8+4351. It is listed as being 19 minutes across and containing 99 members. Its morphology is listed as open which means it lacks any pronounced concentration of galaxies. Yet another cluster is centered just off the east edge of my image. Several of its members are in the frame so I drew a line to indicate where the center is just a few pixels beyond the edge of the image. The cluster is GMBCG J171.91396+43.71478. The BCG is listed at 2.5 billion light-years with the cluster\'s photographic distance at 2.6. Again, the photographic determination is usually less accurate so I went with the 2.5 figure in the image.

I see by the current Astronomy Magazine the term \"flocculent galaxy\" was coined by Debra Meloy Elmegreen the current president of the American Astronomical Society. I didn\'t realize it was such a new term. (Edit: This was written on July 2, 2012) 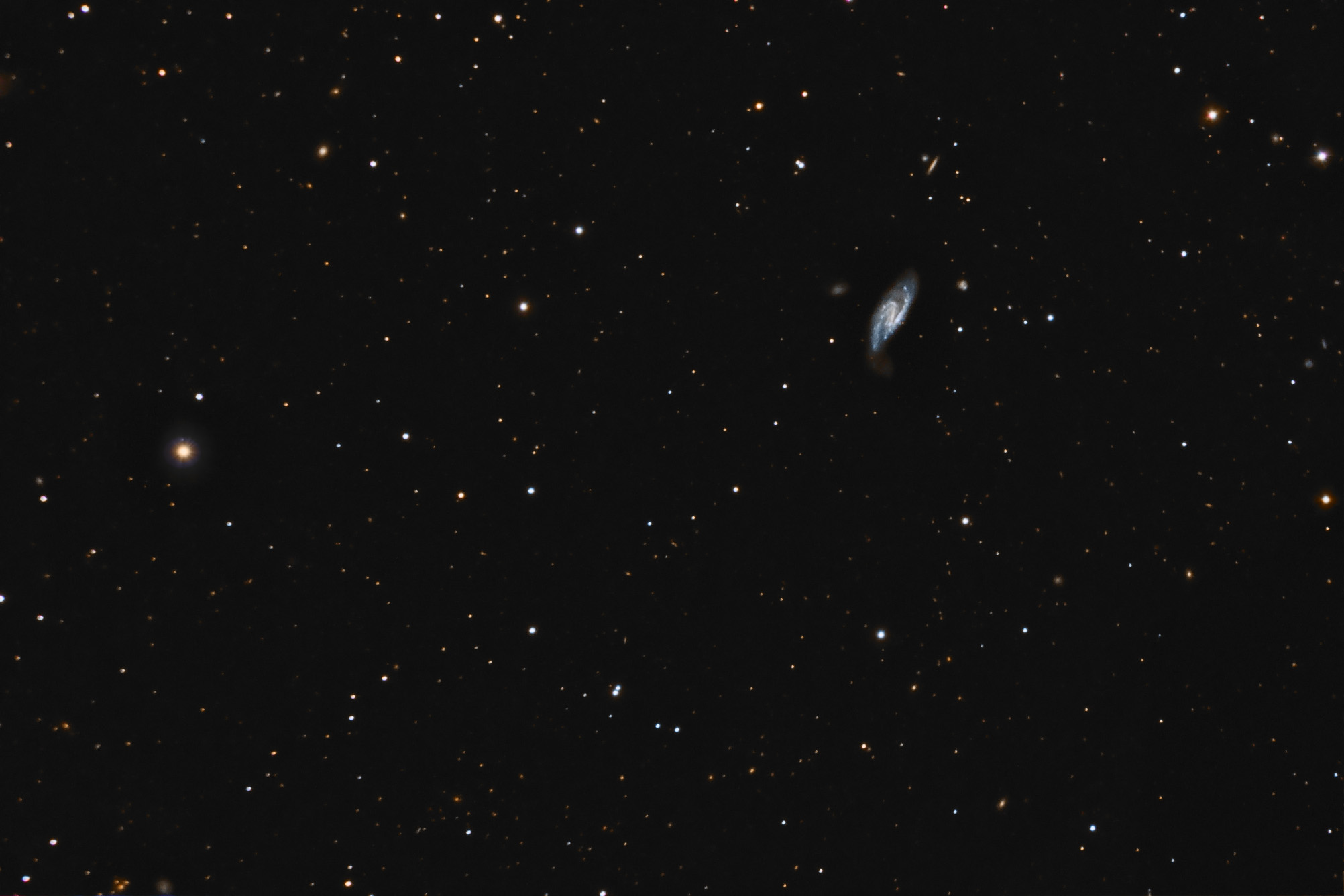 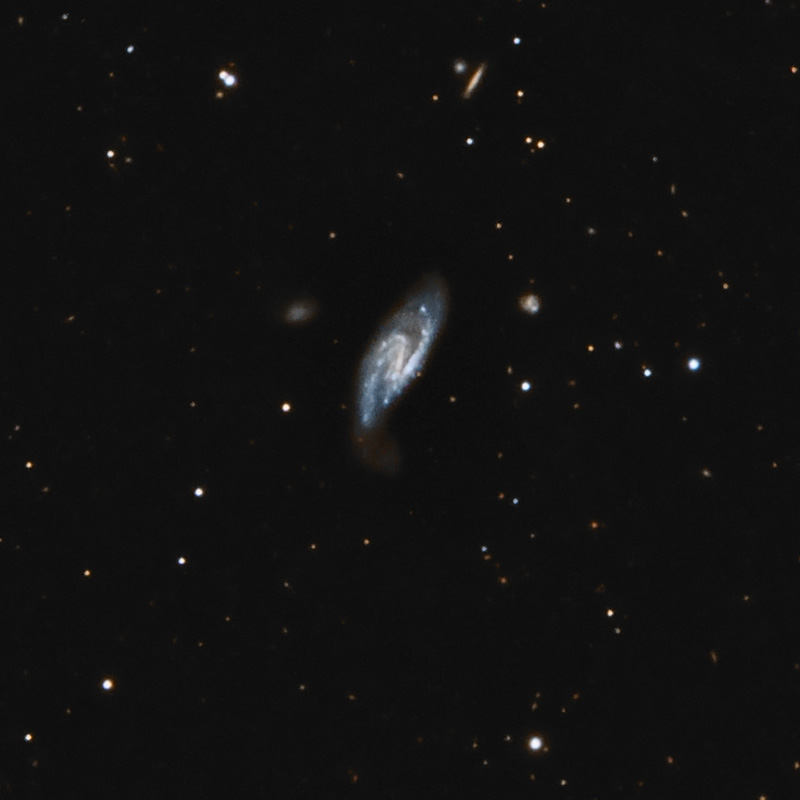 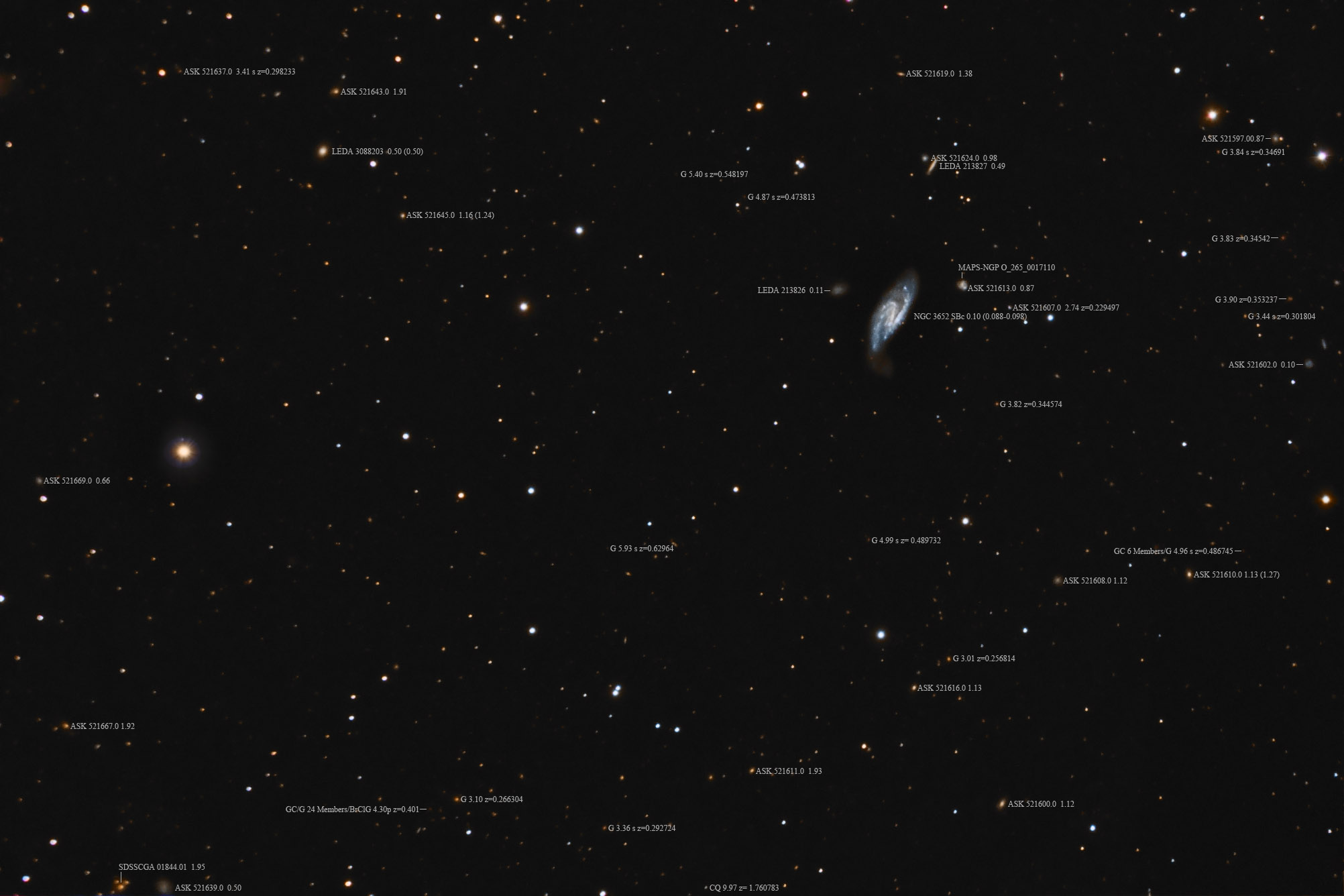