NGC 3655 is a near face-on spiral in the hindquarters of Leo the Lion about 83 to 99 million light-years from us. Though I found distances ranging from 45 to 125 million light-years. Determining distance to galaxies isn\'t easy. It was discovered by William Herschel on December 30, 1783. It is in the original H 400 program. My log from April 16, 1985 with my 10\" f/5 on a humidity hurt night at 100x reads: \"Very small, faint, evenly bright, round, puffball of a galaxy. It looks much like a planetary nebula without a central star. About 1\' in diameter. Note the preliminary guide says it is in Ursa Major which is not correct.\" The galaxy has a foreground star east of the nucleus that in a low-resolution image fooled me into thinking it had a double core according to my notes of why I imaged it. The other reason being it is one of the H400 galaxies I can reach from my latitude but the mistaken double core likely pushed it higher in priority.

Turns out while the galaxy wasn\'t as interesting as I expected the field has some strange galaxies as well as interacting galaxies. To the lower left of NGC 3655 is ASK 623321.0. It has a strangely elongated spiral arm. To its upper right is what appears to be two interacting galaxies.

North of NGC 3655 is a pair of galaxies that may be interacting. Only ASK 625768.0 has a redshift value I could find. Are they just line of sight like the previous pair or actually interacting? I found nothing on them.

To the upper right of NGC 3655 is another possible pair of interacting galaxies. The pair is known as LEDA 1514261. They mark the core of a galaxy group. But while the group and ASK 623348.0 share the same coordinates NED places them over 1 billion light-years apart. The distance to the cluster is not spectroscopically based while that of the lone galaxy likely is. Could the photographically determined redshift be that much in error? There are obviously two other galaxies in this tight group. One an edge on galaxy and the other a slightly elongated elliptical galaxy between ASK 623348.0 and the edge-on galaxy. I couldn\'t find it in either NED or SIMBAD.

Near the left edge is an odd object. It is labeled SDSS J112353.72+163806.5 and SDSS J112352.97+163802.7. The Sloan image indicates the first is two objects, a small red oval galaxy and an elongated sliver of a galaxy. The west end of which carries the other ID given above. It may be a star cloud at the far end of the first galaxy or an entirely separate object. I tend to vote for the latter. But no redshift data leaves a lot of possibilities. The GALEX satellite saw this object but its resolution was low. It\'s hard to know what it was seeing. Its coordinates point to the low luminosity region between the two but the error circle is big enough to cover all objects here.

Below this object or objects is SDSS J112353.89+163701.2. If you look closely you can see it is surrounded by a much larger very faint fuzzy disk. The Sloan image shows it to have a very faint highly fragmented set of arms that make up the fuzz seen in my image. 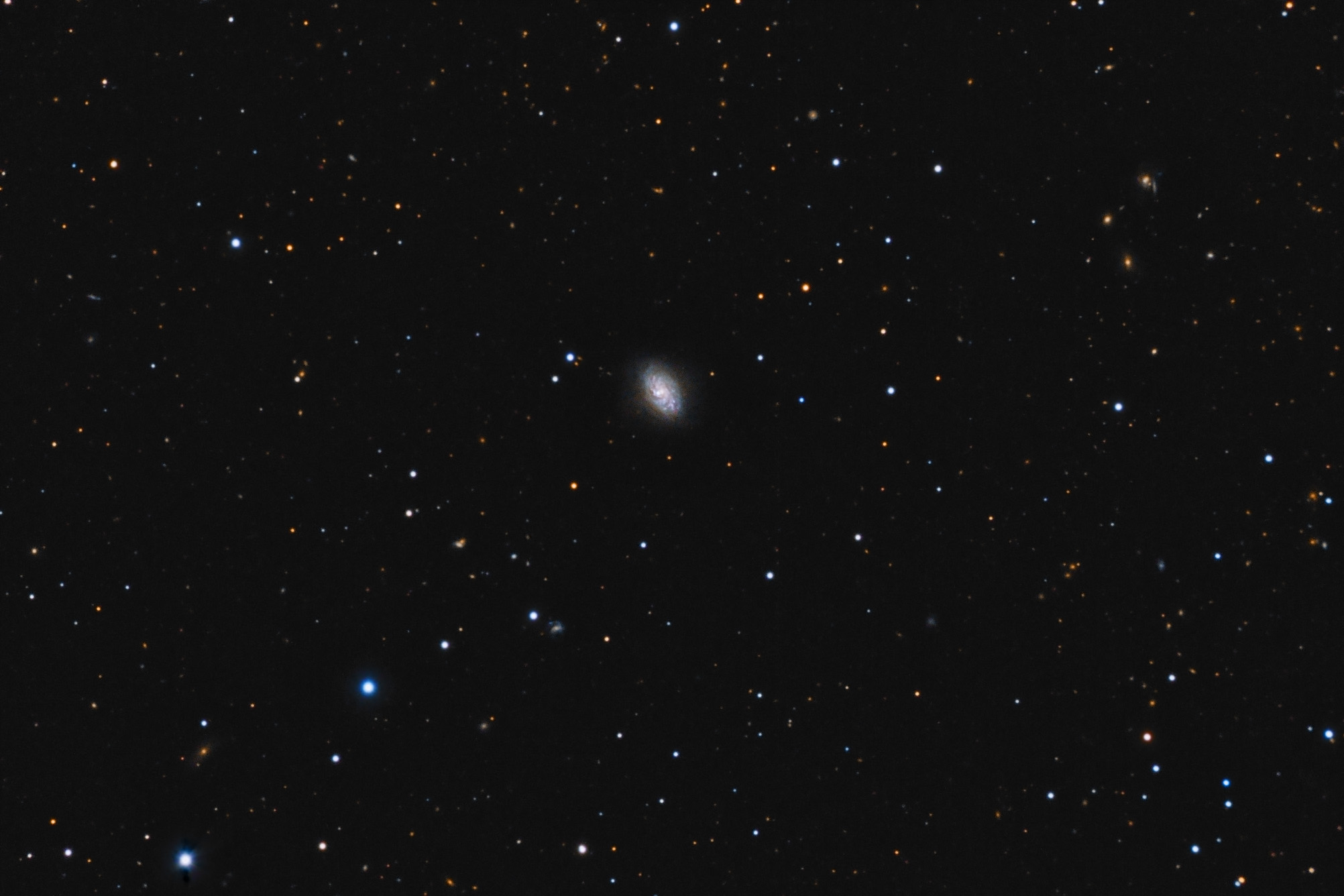 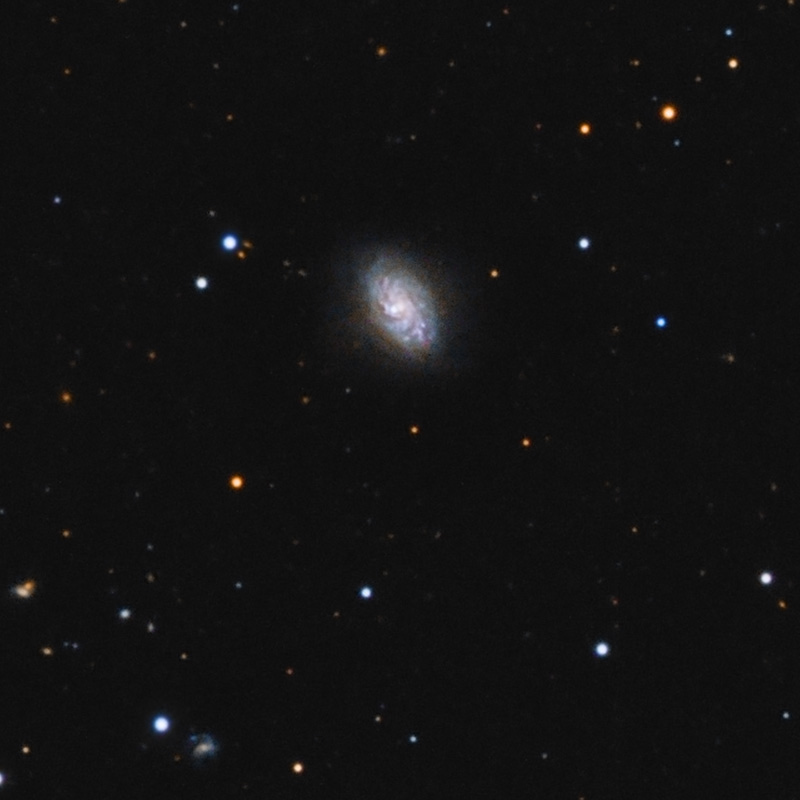