This galaxy could have made Arp\'s peculiar galaxy atlas under its 3 armed spiral category. To my eye it is a better example than most of the 3 he listed in that cagegory.

NGC 3686 was discovered by William Herschel on March 14, 1784. It is in the original Herschel 400 program. My notes from that on the humidity limited night of April 16, 1985 using my 10\" f/5 at 50x reads: \"Large, oval galaxy that resembles a tilted featureless spiral with no nucleus seen. Also in the field are NGC 3684,3681 and 3691.\" Dreyer\'s description reads \"pretty bright, large, very little extended, very gradually brighter middle, mottled but not resolved.\" Sounds like the humidity was hurting me more than I realized.

The annotated image shows a lot of galaxies at a distance of about 1.6 to 1.7 billion light-years scattered about the image. They seem more concentrated to the lower right. This is the center location of the Abell 1264 galaxy cluster which is large enough to cover my entire image even when centered to the lower right. Another cluster with only 13 members is north of NGC 3686 and a bit closer at 1.52 billion light-years. This however is a photographically determined distance that can be somewhat in error. Considering many of the galaxies with spectroscopically determined redshift around this point are at 1.64 billion light-years I have to wonder if this isn\'t just part of the Abell cluster Though there is one galaxy in the area with the 1.52 billion light-year distance.

Three asteroids are shown in the annotated image though one is so faint it nearly vanished due to the losses of JPG compression. A fourth is lost in NGC 3686 itself and listed at the same magnitude as the nearly vanished one. I can\'t be sure I\'m seeing it so didn\'t include it. Transparency this night wasn\'t all that great making even the 17.6 magnitude asteroid on the far left fainter than it should be. I lost at least a half to .75 magnitudes over an average night. 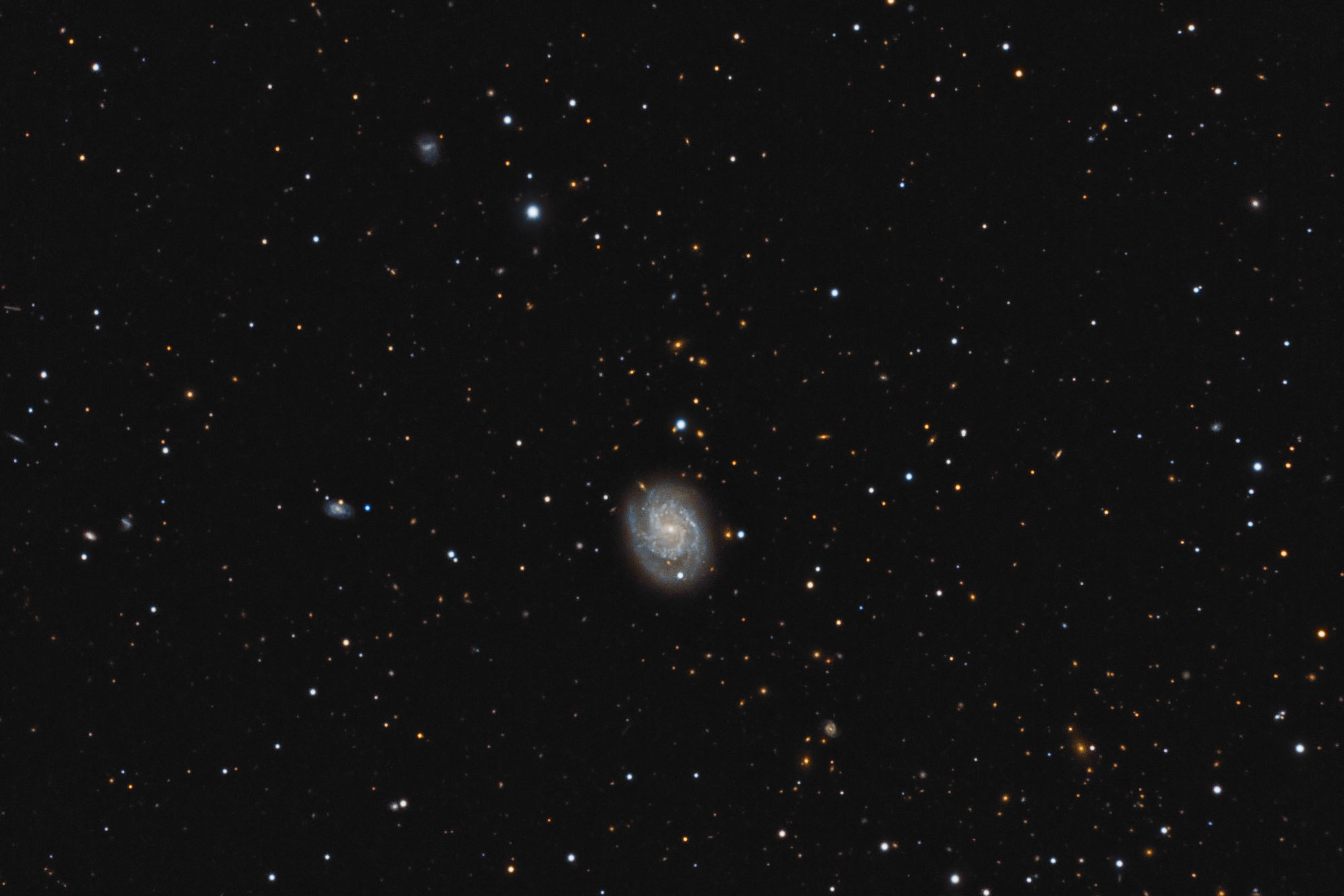 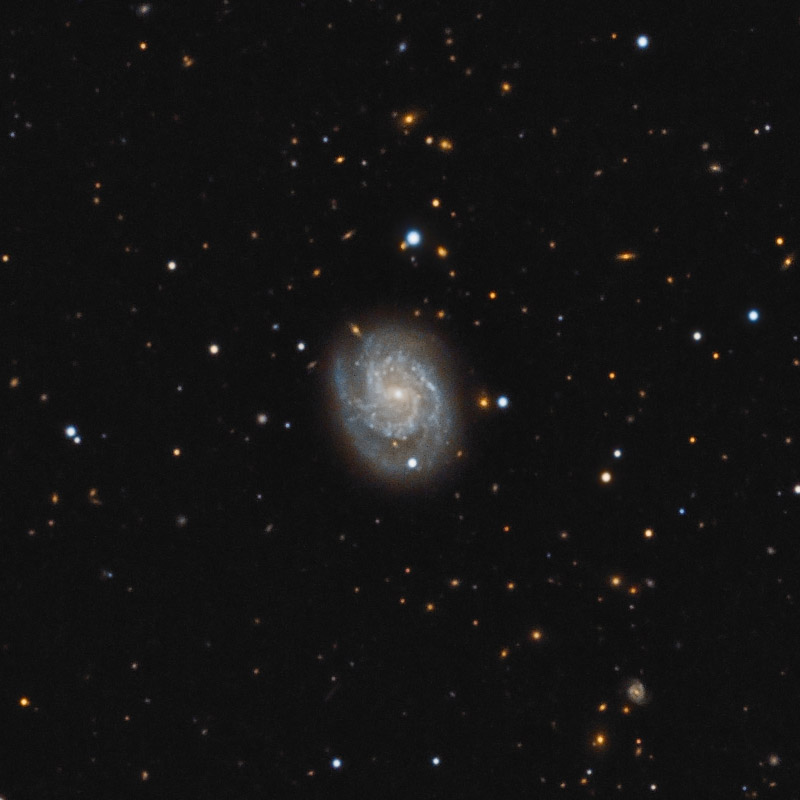