NGC 3801 is in the center of a small group of NGC galaxies, some north and south out of my limited field of view. The cluster is located in the tail of Leo about 170 million light-years distant. It certainly is an interesting galaxy. Highly disturbed by some encounters in the past with plumes going every which way and two dust lanes at right angles to each other. Rather red so apparently the interaction was some time in the past. It shut down star formation and now only smaller old red stars are left it would seem. Or is the red color due to it shrouded in a dust cloud caused by the interaction that masks its blue stars? Doesn\'t look like dust reddening to me. NED classes it as S0/a though I see little indication of any spiral structure. Looks more S0 or E to me but with dust. Could it be two spirals merging into an elliptical? Maybe but I found nothing supporting this. NGC Project classes it simply as S0? It certainly is a very active galaxy for its classification. Something massive is going on it appears. Note the asteroid trail in the southern part of the galaxy. This one is very interesting to many CCD users. I\'ll have more on it in a bit. Edit: Yesterday some new information was released on NGC 3801 -- see below.

Above it is NGC 3802. An edge on spiral that NED also classes S0/a. Looks like a typical spiral to me so here I can\'t fathom where the S0 came from. Such galaxies rarely have a nice dust lane in the disk\'s plane like it has. NGC project says simply S... for a classification.

NGC 3806 is a nice face on barred spiral that is very blue and of a rather faint surface brightness. So while its light comes mostly from new young stars there aren\'t many of them or it would be quite a bit brighter. NED classes it as SABb. The NGC project says Sb/SBb. Apparently, they aren\'t sure of the bar? Maybe it is an elongated nucleus rather than a bar?

NGC 3803 is a rather tiny galaxy to make the NGC list. It has a high surface brightness which attracted visual observers I suppose. It is so small NED didn\'t try to classify it. The NGC project called it simply E. Seems rather blue in color for that classification

Two other galaxies may be members. Though KUG 1137+179 at 190 million light-years has a somewhat different redshift it doesn\'t rule it out as a possible member. NED says it is simply a spiral. CGCG 097-046 is classed at NED as simply S0 which appears reasonable to me.

As is often the case I came up with a couple possible galaxies not listed at NED. Both are large faint puffs. I suppose they could be IFN or something akin to that. I doubt that, however. I see both in the Sloan image but with no resolution. They are east and southeast of NGC 3801. I\'ve marked them with a question mark on the annotated image.

That brings us to the asteroid. I didn\'t know of its existence until I looked up what asteroid had wandered into the image. It is (35197) Longmire at magnitude 18.2. That ring any bells to you CCD users? It did for me. I had to look up the naming citation to see if it was the Longmire I was thinking of. I figured my guess would be wrong but was happy to see I was right. Here\'s the citation.

\"Matthew J. Longmire (b. 1958) is an electrical engineer who co-founded a small CCD brand that in 1991 developed star tracking equipment, sparking the CCD revolution in the world of amateur astronomy.\"

He\'s one of the founders of SBIG that made my CCDs and the ST-4 I used to guide my film images for many years. In fact, it is the ST-4 the \"star tracking equipment) the citation refers to. Apparently, they have a thing about no company names in naming citations. Serendipity strikes again.

Edit: Now for the new information. Yesterday I received an email from JPL/NASA and an astronomy club member about a press release from JPL/NASA about a \"cosmic leaf blower\" galaxy. Yep, they are talking about NGC 3801. Turns out my surmises are pretty much correct. The above was written some time ago as I worked on the annotated image. I left it alone other than the last sentence. Sometimes I get it pretty close to right. Note the sidebar transposes the galaxy to NGC 3810.

I wasn\'t going to release this one so soon and out of order as I didn\'t like the galaxy\'s color. Just too red for a spiral. I was going to look again at the data to see if I screwed something up but the color matches the press releases description -- their image is false color so of no help. Though I don\'t see the blue stars Galex sees in the UV part of the spectrum. Here\'s the news release from April 3, 2012.
https://www.jpl.nasa.gov/news/news.php?release=2012-094

I normally preprocess an image to see if it is worth further work. That happens a couple months before I finally process the image. In this case, I\'m working way out of order. I did the preprocess of this late April 2011 image, saw it would work so did the research. I finished my write up a couple days ago planning on doing the full process of the image in a couple months as I\'m still image processing from February 2011. But when I got the press release yesterday afternoon I dropped my February processing and worked on this one finding the asteroid which was another surprise. After working frantically since then I finally have it ready to go. I\'ll be returning to February images after this. I research well ahead of processing as I use the time to contact various astronomers I know to find out if they have any information on the object. They are pretty busy and often need a couple month\'s time to get back to me. I skipped that step thanks to the press release. If I hear back with additional information I\'ll cover it in a later post. 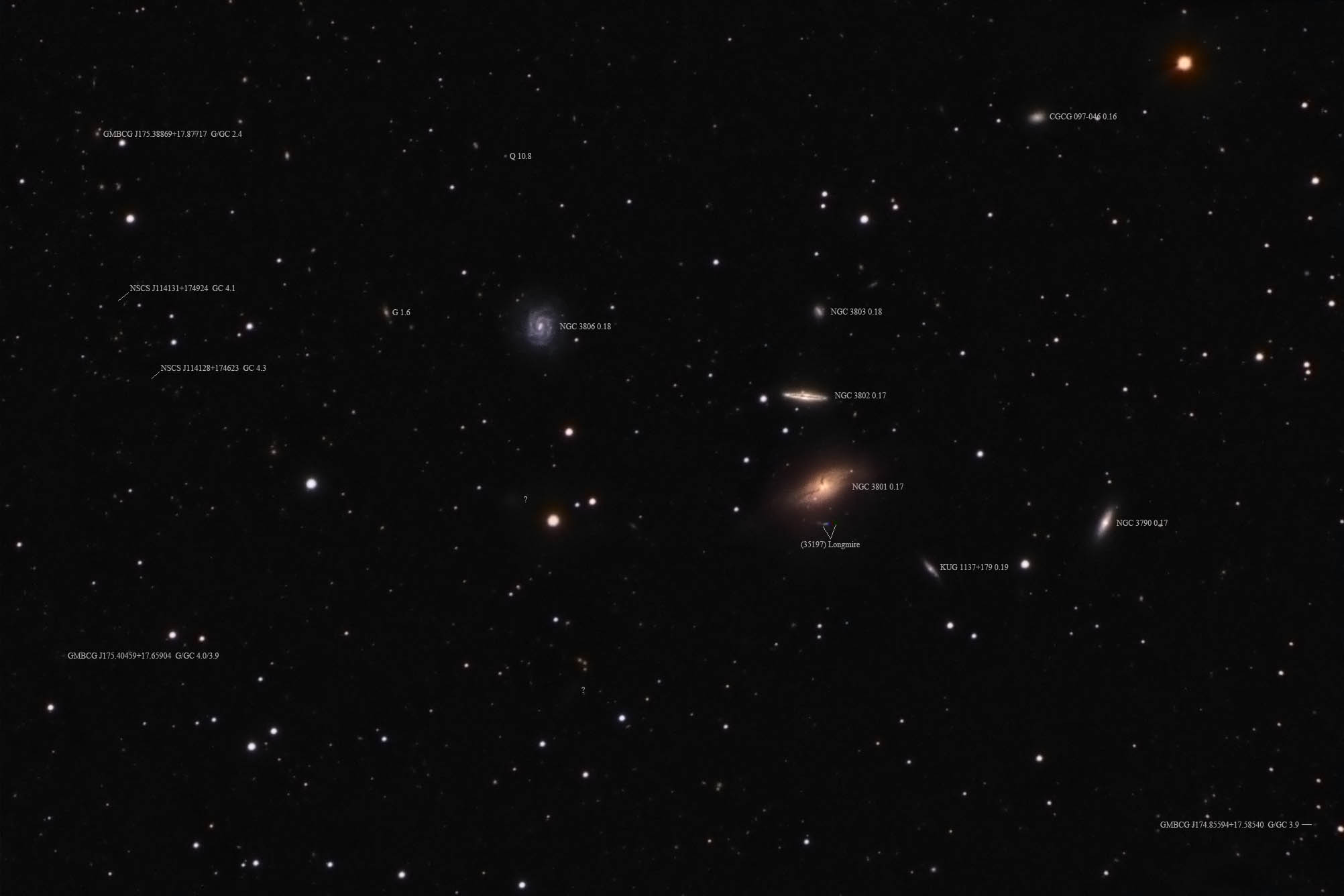 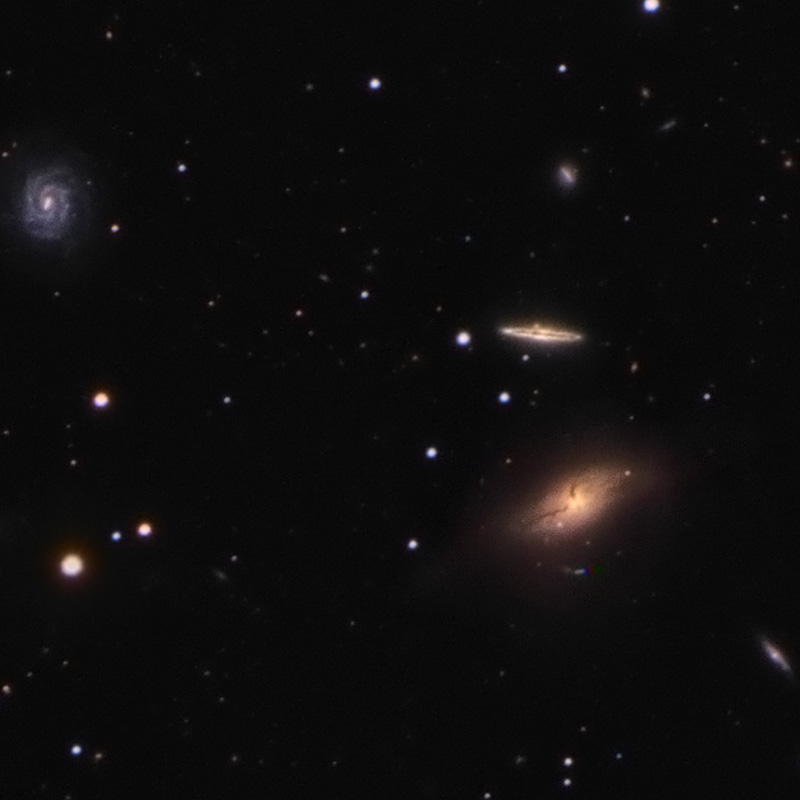 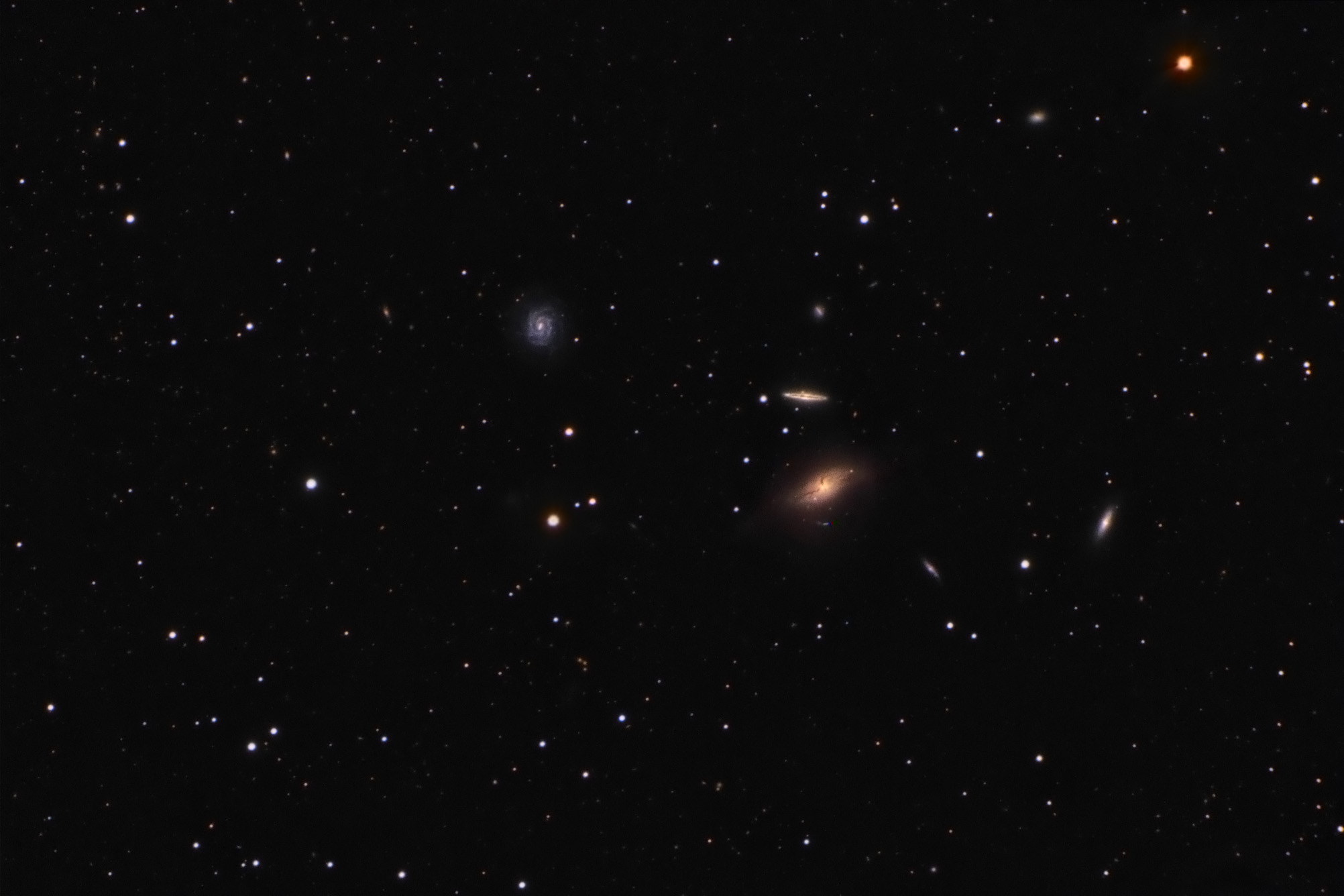