NGC 3893 and NGC 3896 are a pair of interacting galaxies in Ursa Major some 50 to 65 million light-years distant depending on which estimate you trust. Redshift says about 54 million light-years for NGC 3893 and 51 million light-years for NGC 3896. NED classes NGC 3893 as SAB(rs)c: though some notes at NED say they can\'t detect the bar. Neither can the NGC Project as they say Sc I. It has a lot of HII regions but MOST show blue rather than HII pink in my image. My color data was weak so that might be responsible. Also, 2\" resolution may be needed to see THEM and I had far less than that. NGC 3896 is classed by NED as SB0/a: pec by NED and SB0-a by NED. It appears to be a mess to me. I see no real structure but my seeing wasn\'t very good. There appears to be some tidal debris south of NGC 3893. Most of this appears to me to have come from NGC 3896 reducing it to the mess it is today. They were discovered by William Herschel on February 9, 1788. NGC 3893 is in the original H400 program. My log from that on the night of May 4, 1984 using a 12.5\" f/5 scope at up to 150x on an excellent desert night reads: \"Interesting spiral with much detail though ill-defined nucleus. Four other faint galaxies are seen in the same 50x field. Seems to be about 10-11th magnitude.\"

While Sloan data covers the field NED has only a few redshift measurements for this field as yet. I wasn\'t going to prepare an annotated image but then noticed some really small and faint galaxies were much closer than larger and brighter galaxies. Because of that I went ahead and made one. Just don\'t expect much info on it.

To the west-southwest of NGC 3893 is MAPS-NGP O_171_0077430 at 440 million light-years It appears to be highly distorted and may be two interacting galaxies. My resolution is too poor to tell much and NED has nothing useful on it. 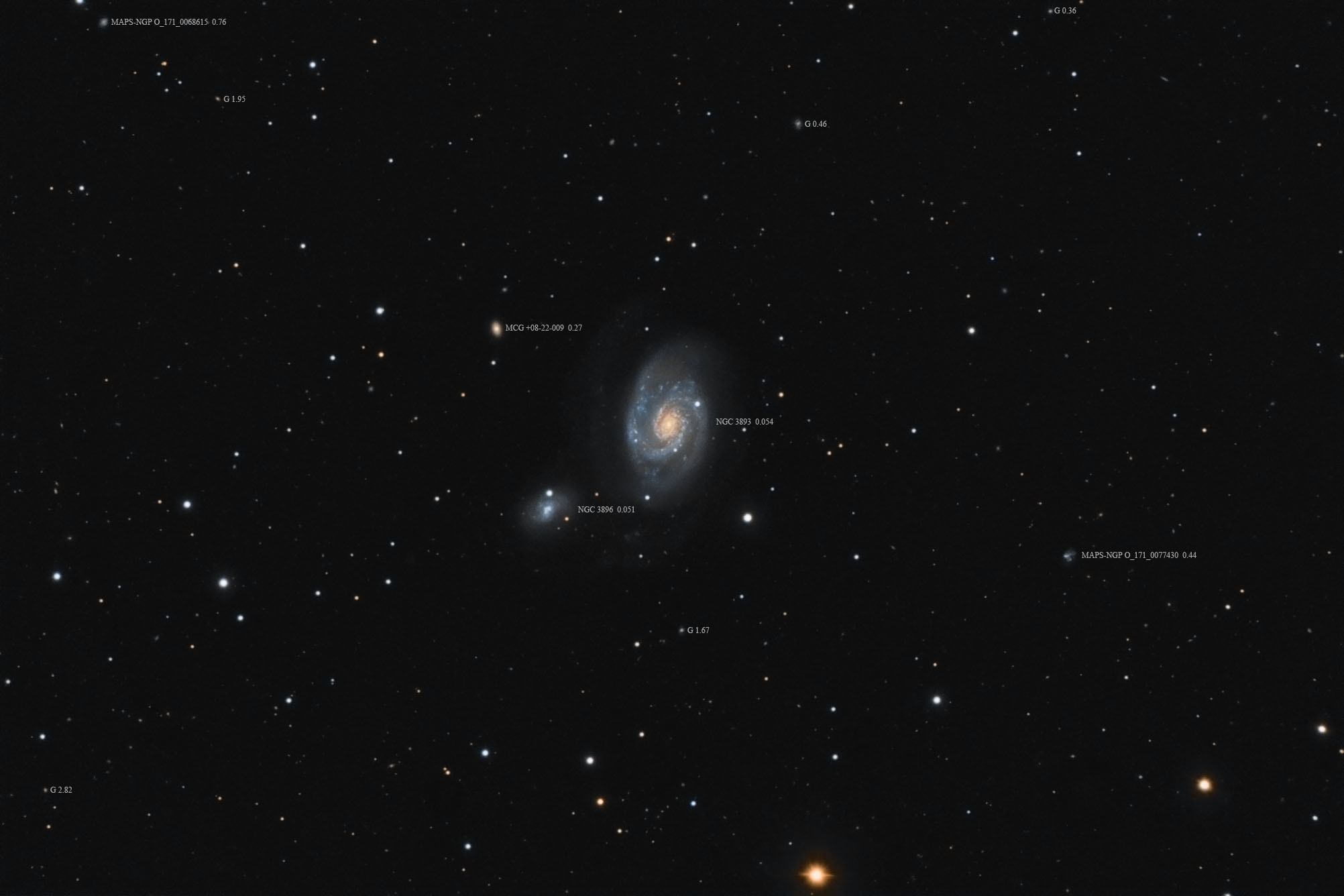 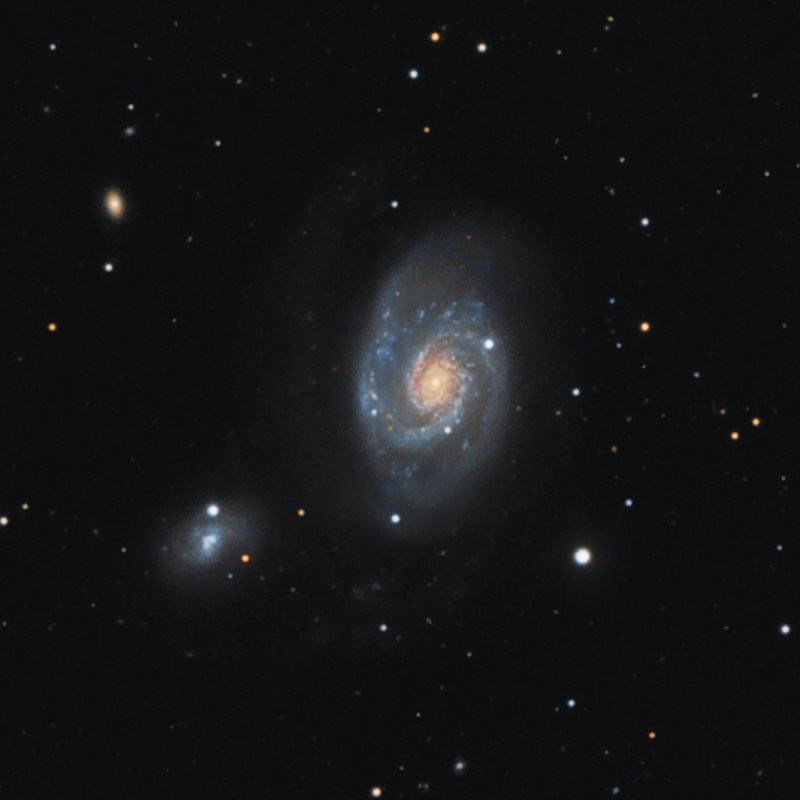 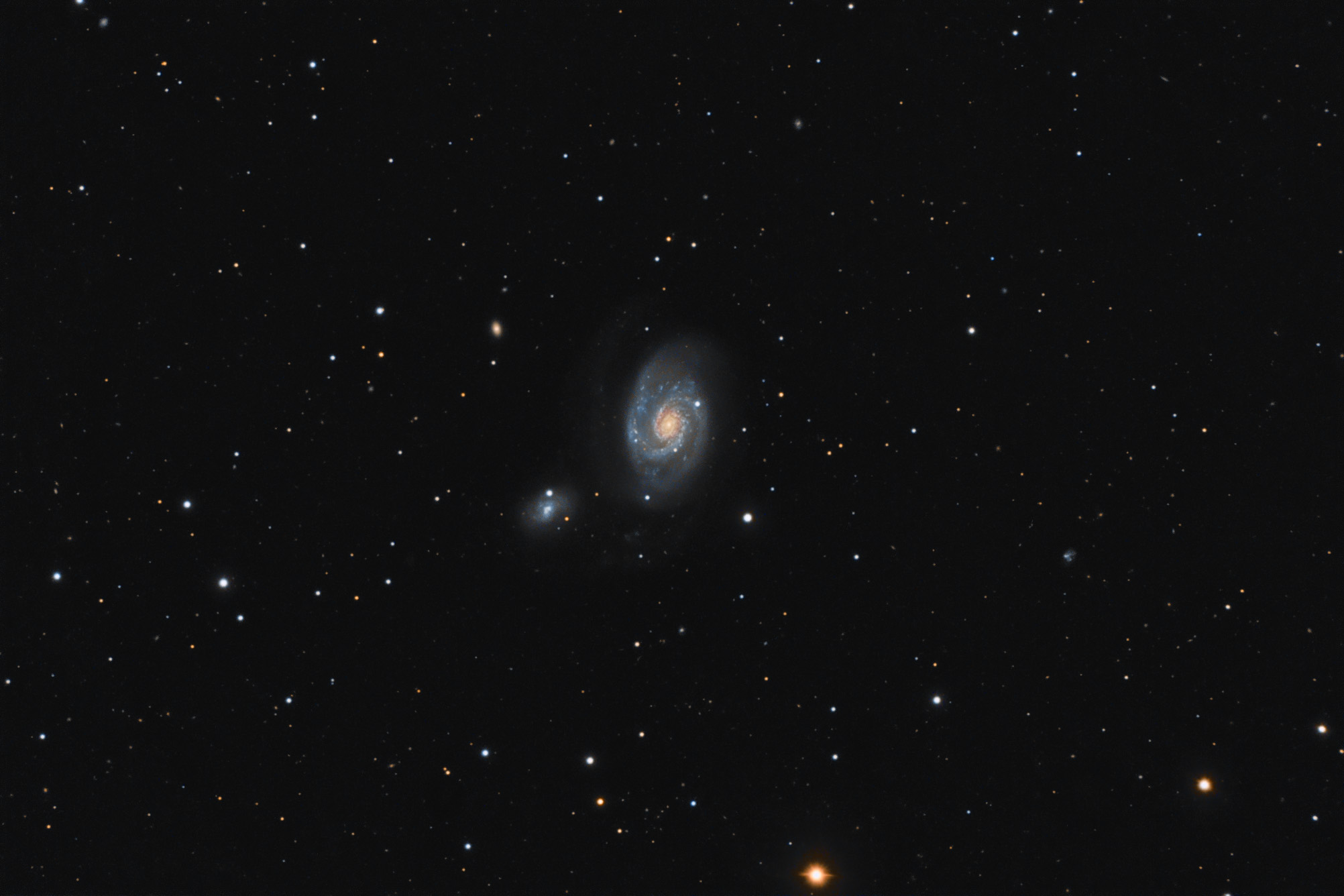