NGC 3912 is a peculiar galaxy in northeastern Leo about 96 million light-years distant though non-redshift measurements put it at about 80 million light-years. It was discovered by William Herschel on April 6, 1785 and is in the second Herschel 400 observing program under this designation. It was independently recorded by his son John on March 26, 1827. One or both got the position somewhat wrong and Dreyer didn\'t catch this giving each an entry in what became the NGC catalog. Thus it is also NGC 3899.

What interested me was two things. First, it is classified as a peculiar galaxy that has a long bar that is very clumpy. It also has two dark clouds of either obscuring dust of maybe just they are areas of few stars. I prefer the dust idea. I found no mention of these in the literature even though they are rather prominent. East of the eastern dark cloud is what is likely a star cloud not related to those in the bar but quite separate. As I\'m trying to get all objects in the two Herschel 400 projects I can from my latitude it was an early entry on my to-do list. I\'d not seen the lone bright spot nor the dark areas in the survey images I looked at though now that I know they are there they are easily seen. Why they are stronger in my image I don\'t know as I did nothing different in processing this image as I\'ve been doing now for several years.

Again I had a rather poor night for transparency so I had to limit annotation to objects brighter than magnitude 21.5 rather than my normal 22.9 limit. This cost a lot of distant galaxies that on a typical night would have been easily picked up.

There are a lot of galaxies at about 1.4 billion light-years in the image. This would appear to be a widely scattered cluster. NED indicates there is such a cluster centered just north of NGC 3912 with 13 members and no size estimate. It is MaxBCG J177.50824+26.51845 for those wishing to dig deeper.

Only one quasar candidate is in the image. It seems either there are few if any in an image or it full of quasars or candidate quasars. Arp claimed that quasars were created by active or peculiar galaxies. To him, their redshift was not cosmological but due to their odd properties. He claimed they clustered around such galaxies giving a few examples. But he ignored fields like this one with few such objects around a peculiar galaxy. He even hung on to this idea even after the HST resolved the galaxy the quasar was in proving they were cores of active galaxies rather than objects emitted by closer galaxies. At least several who attended his lectures in his final years said that was often brought up in his lectures and he was holding out for this otherwise long-dead idea.

No asteroids appeared in this image even though I doubled the luminance time to try and make up for the poor transparency this early May night. 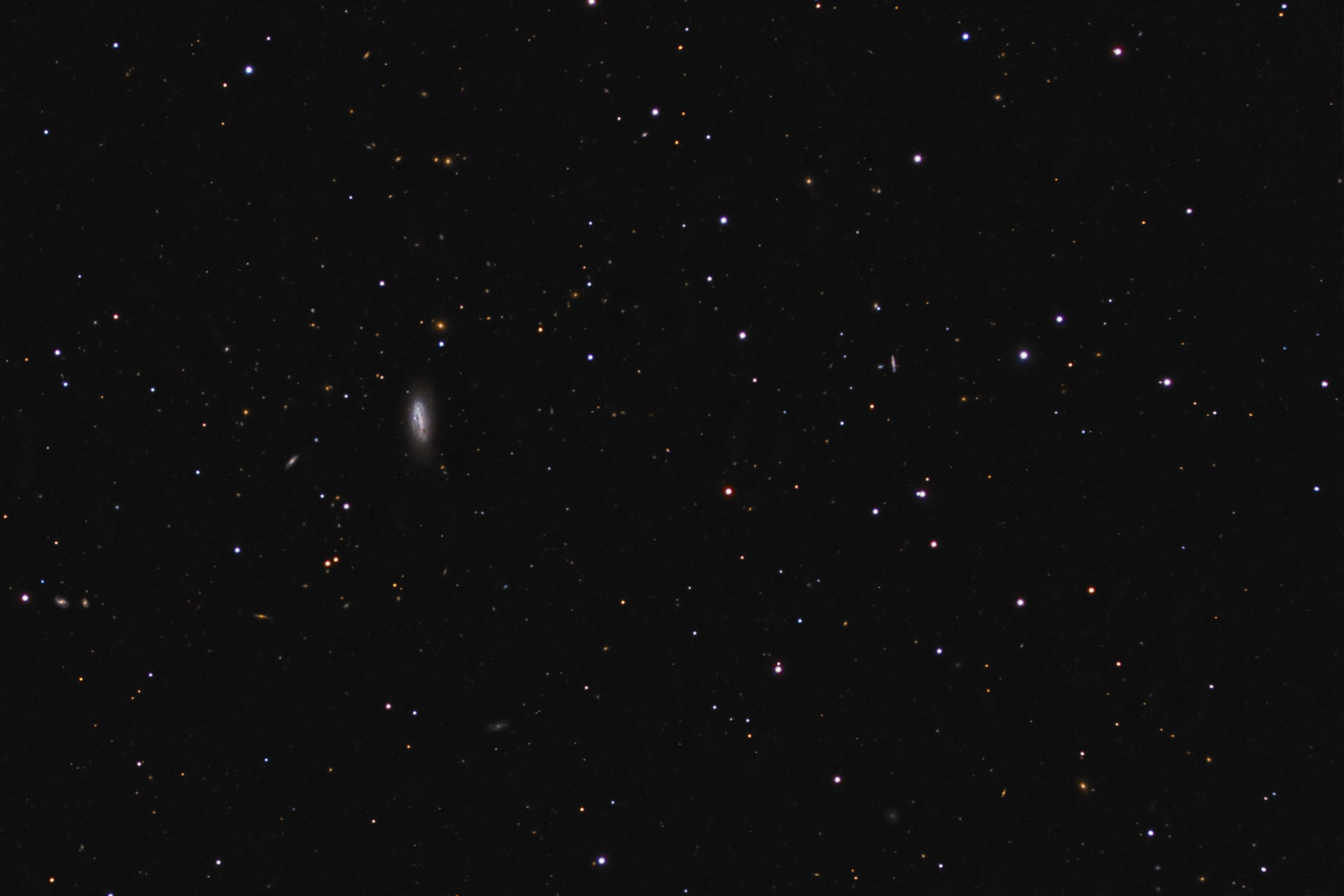 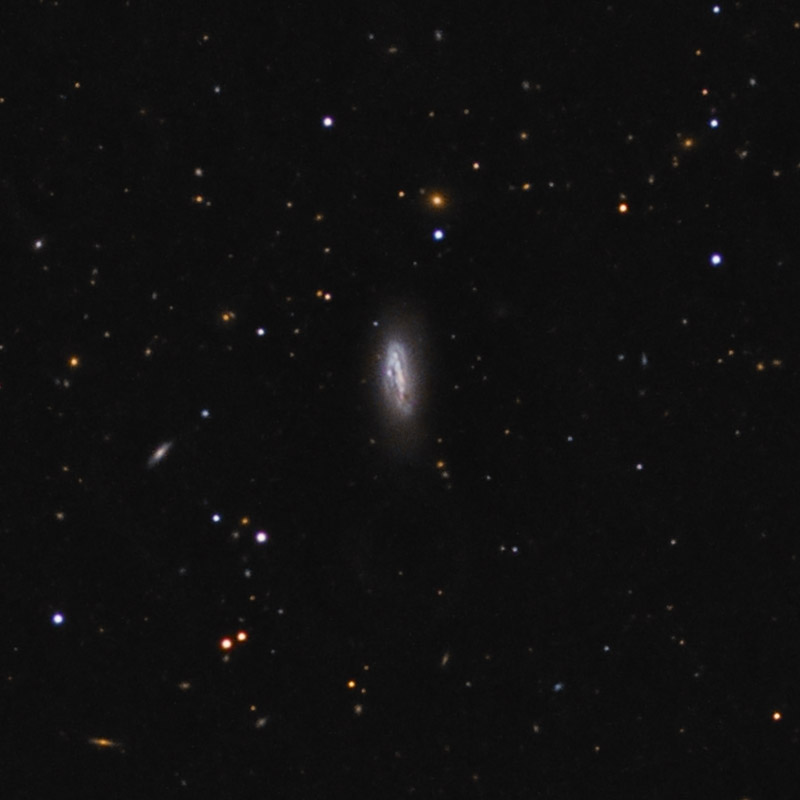 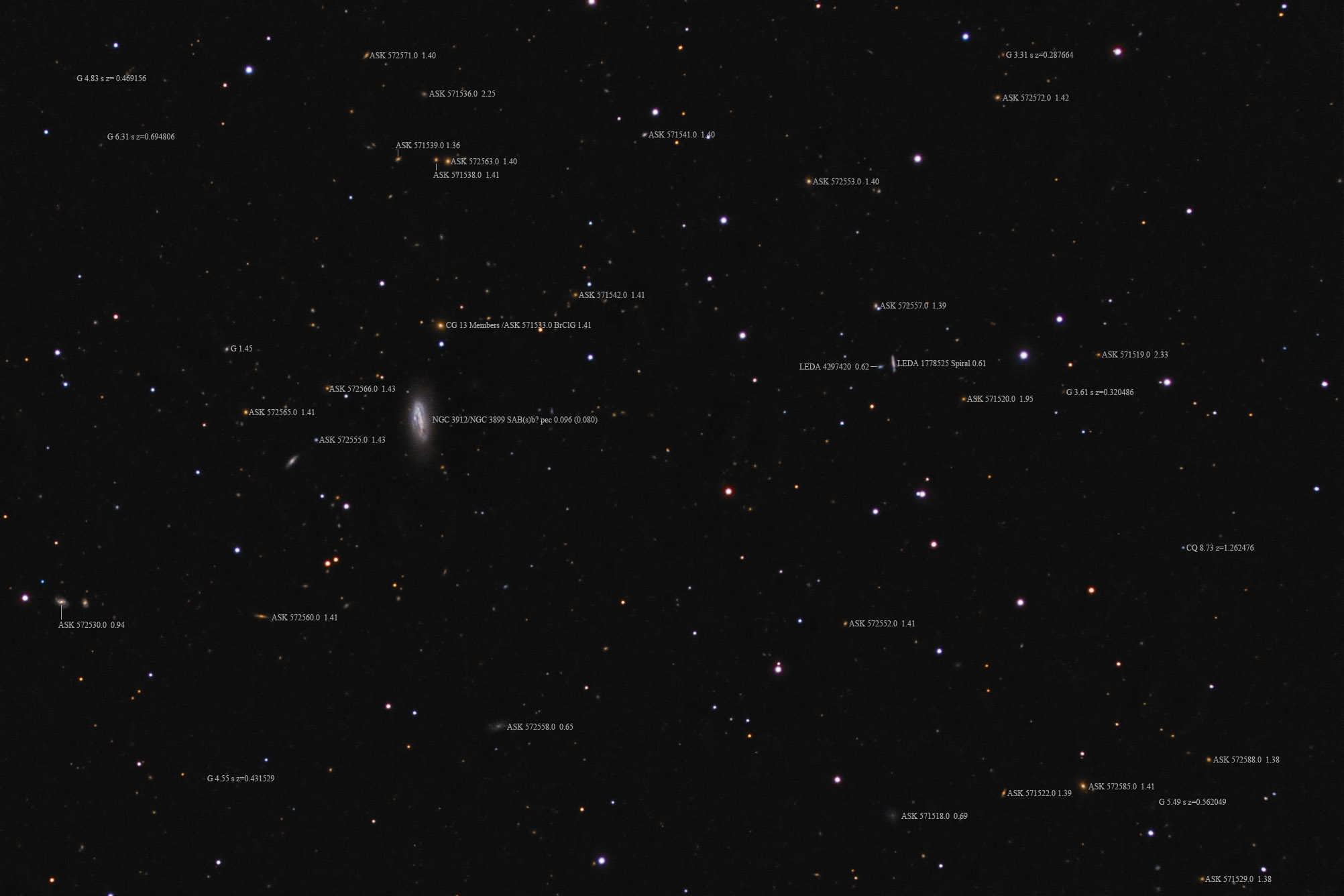