NGC 3953 and UGC 06840 are a pair of galaxies with the same redshift putting them about 55 to 60 million light-years distant. They are located in Ursa Major about 1 1/3 degrees south of Phecda, the southeastern star in the bowl of the \"Big Dipper\". NGC 3953 is a beautiful multi-armed, somewhat flocculent barred spiral with a very odd arm structure on the eastern (left) side. Two arms seem to suddenly join and end in a bunch of star clusters. The Sloan image shows the star-like object at the tip as very green. Still, I think it really is a star. Sloan\'s multiband color filter system can create green stars. I thought this odd arm system might have attracted Arp\'s attention but apparently not. UGC 06840 in the southwest corner of my image has almost exactly the same redshift but is a very different galaxy. It has a very low surface brightness except for the bar that causes it to be classed as a barred spiral of the Magellanic type. The two galaxies make for a nice contrast.

There\'s another low surface brightness galaxy about halfway between them, at least as seen from our galaxy. It is MCG +09-20-023. Unfortunately, I can\'t find any redshift data for it so I have no idea if it could be related to the first two.

Also in the annotated image are a couple objects identified as being both a quasar and a galaxy. They must show a quasar-like spectrum but certainly are faint for a typical quasar. Normally they are so bright they hide any hint of the galaxy they reside in. These two are dim enough some of the galaxy is visible though my seeing makes that hard to see.

There seems to be a family of galaxies at about 1.1 billion light-years centered on the lower left part of my image. I found no cluster listed for that location though I looked only about 15 minutes beyond the image edge.

As \"usual\" conditions were poor for this image, especially seeing. Some frames had seeing of 2.75\" while others were over 6 though the luminance frames used were no worse than 4\". The highly varied seeing caused havoc with color. Some stars in a frame were far worse than others. This created some color flares around stars that might be blue for one and red for another. I did a lot of local deconvolution trying to get the stars to similar sizes but finally gave up. It will be easier to reshoot this one next year. Due to the poorer than normal seeing for the luminance as well I lost a lot of detail that I\'d hoped to capture. There\'s some interesting fine dust detail near the core of NGC 3953 that shows in the best luminance frame but is lost in the other three I used. I took some 25 frames and used the \"best\" 10 though calling some of them \"best\" is rather stretching things beyond reason.

This one reminds me of a buzz saw blade slicing through space. 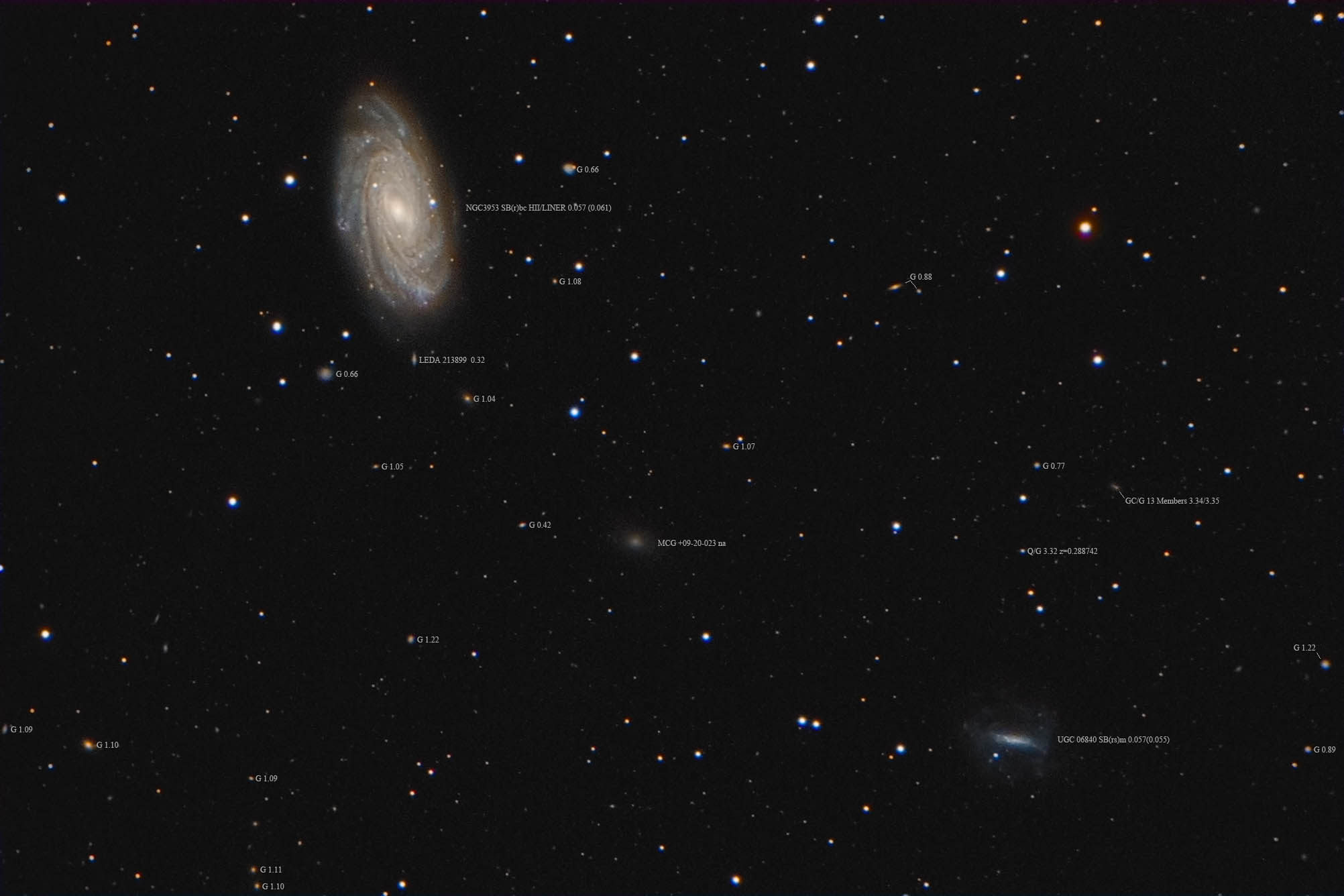 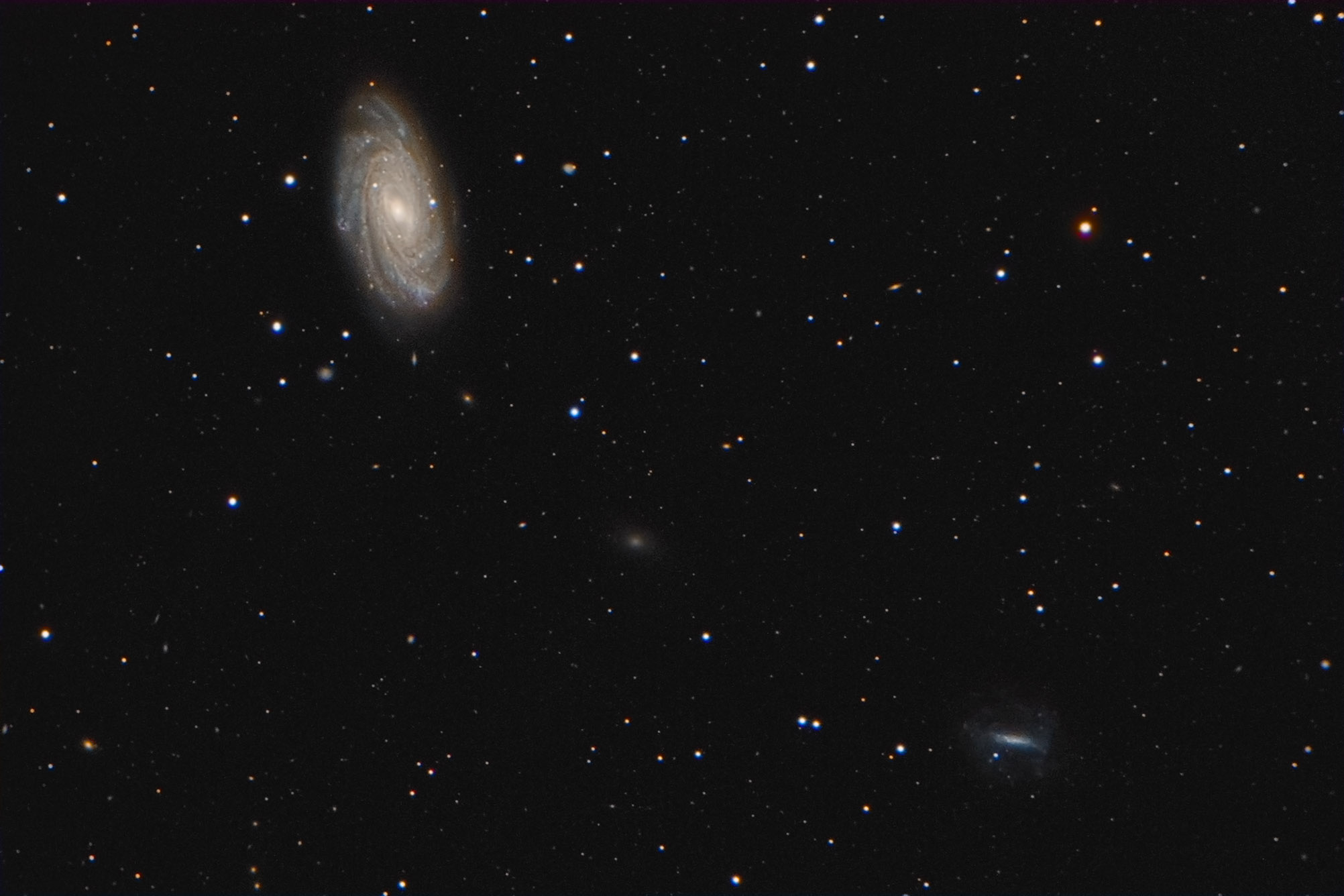