NGC 4178 is a rather odd barred spiral in northern Virgo some 33 to 55 million light-years distant. Redshift puts it at 33 million light-years but the mean of Tully Fisher measurements puts it at 55 million light-years. Most agree it is a true member of the Virgo Cluster thus making the Tully Fisher distance most likely the more accurate. Members of the cluster often show high velocities, some so high they are blue shifted. Also, the detail seen not only in my image but those of major scopes is consistent with the greater distance. NED shows it classified as SB(rs)dm HII. With the low redshift H alpha emission would be within the passband of my filter. I intended to take at least one image to see if I\'d pick it up in the blue star clouds but the weather never cooperated so that didn\'t happen. It was discovered by John Herschel on April 11, 1825.

The galaxy has a long central bar and no real central bulge. Only a hint of a spiral arm comes off the southern end of the bar while a weak on comes from the northern bar. Much of its disk is rather featureless with very little spiral structure. The only structure being provided by what appear to be randomly placed star clouds. The galaxy was discovered by John Herschel on April 11, 1825. It is also shown as discovered three-quarters of a century later on September 6, 1900 by the German astronomer, Arnold Schwassmann, and listed as IC 3042. Being quite flat with little central bulge it made the 2 Micron Flat Galaxy Catalog as 2MFGC 09611.

To the southeast is a \"small\" face on spiral about a billion light-years distant. Thus it is really quite large, about 145,000 light-years across in fact. It\'s only its great distance that makes it appear small.

I\'ve marked a star-like object as Q? in the annotated image that is south and a bit west of NGC 4178. NED\'s position has a 10-second error bar for a 21st magnitude quasar. This object is the only thing I see about 21st magnitude (20.7 by my reading) in the area. Certainly, nothing else is in the area that is about that brightness. But it is about 18 seconds from the position shown for the quasar so not in the 10-second error bar. Checking the Sloan image shows nothing within the error bar\'s range down to 24th magnitude so I\'ve marked the only possible candidate. Still, the entire object may be erroneous so I\'ve labeled it with a question mark for its identification being questionable.

A quasar candidate (QC) is noted only about 1.5 billion light-years distant west of NGC 4178. It\'s PSF is that of a small disk galaxy, not a quasar. The Sloan image shows a bright core in the center of a faint rather featureless disk galaxy same as my PSF indicates. One catalog at NED does say it is a galaxy, two a quasar and one an Ultraviolet Source. It certainly is some type of AGN but the quasar seems dim for one at that close distance.

Four asteroids snuck into the image. Details are on the annotated image. One was moving very slowly making a very short trail in 40 minutes indicating it was caught just as it was changing from prograde motion to retrograde motion. 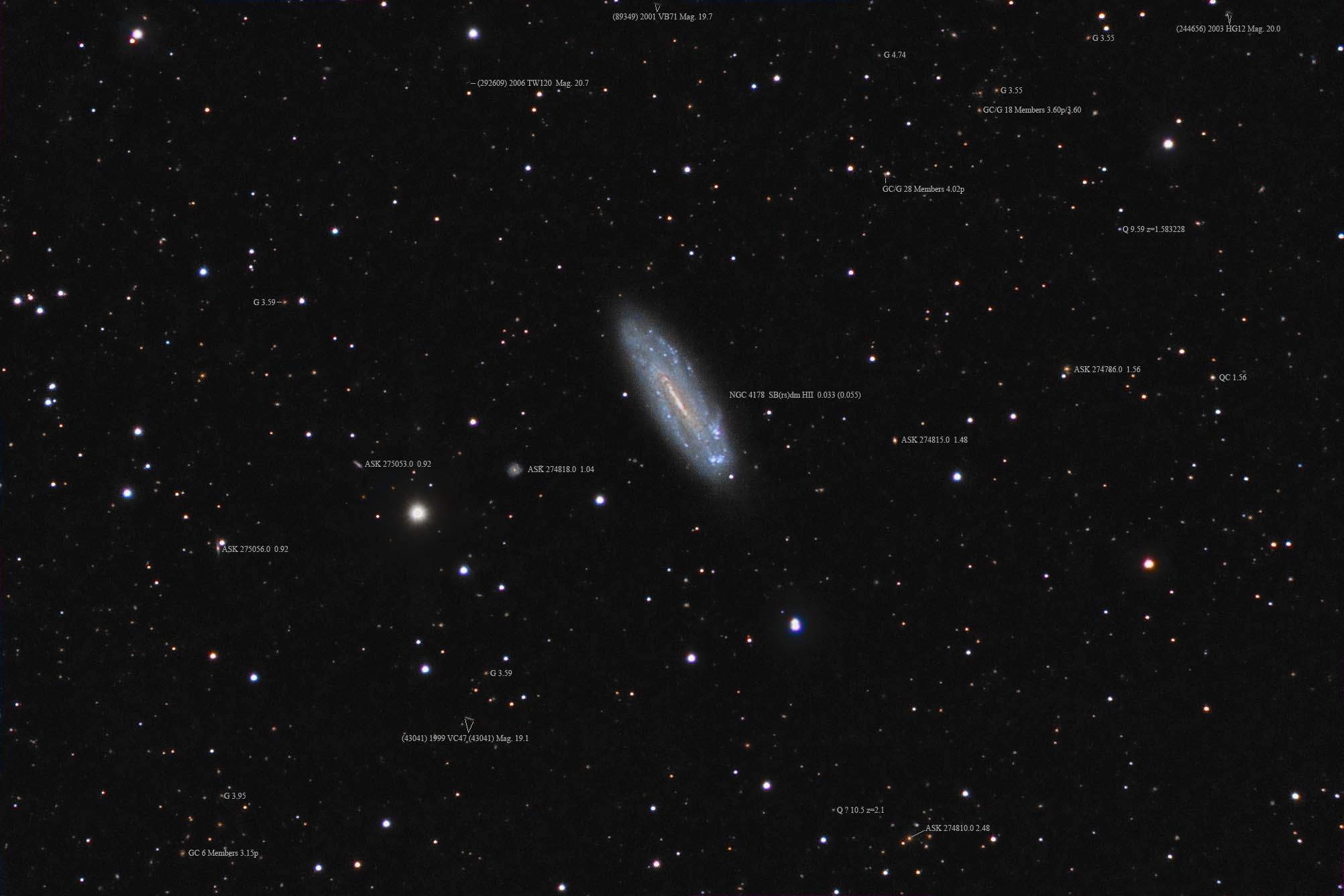 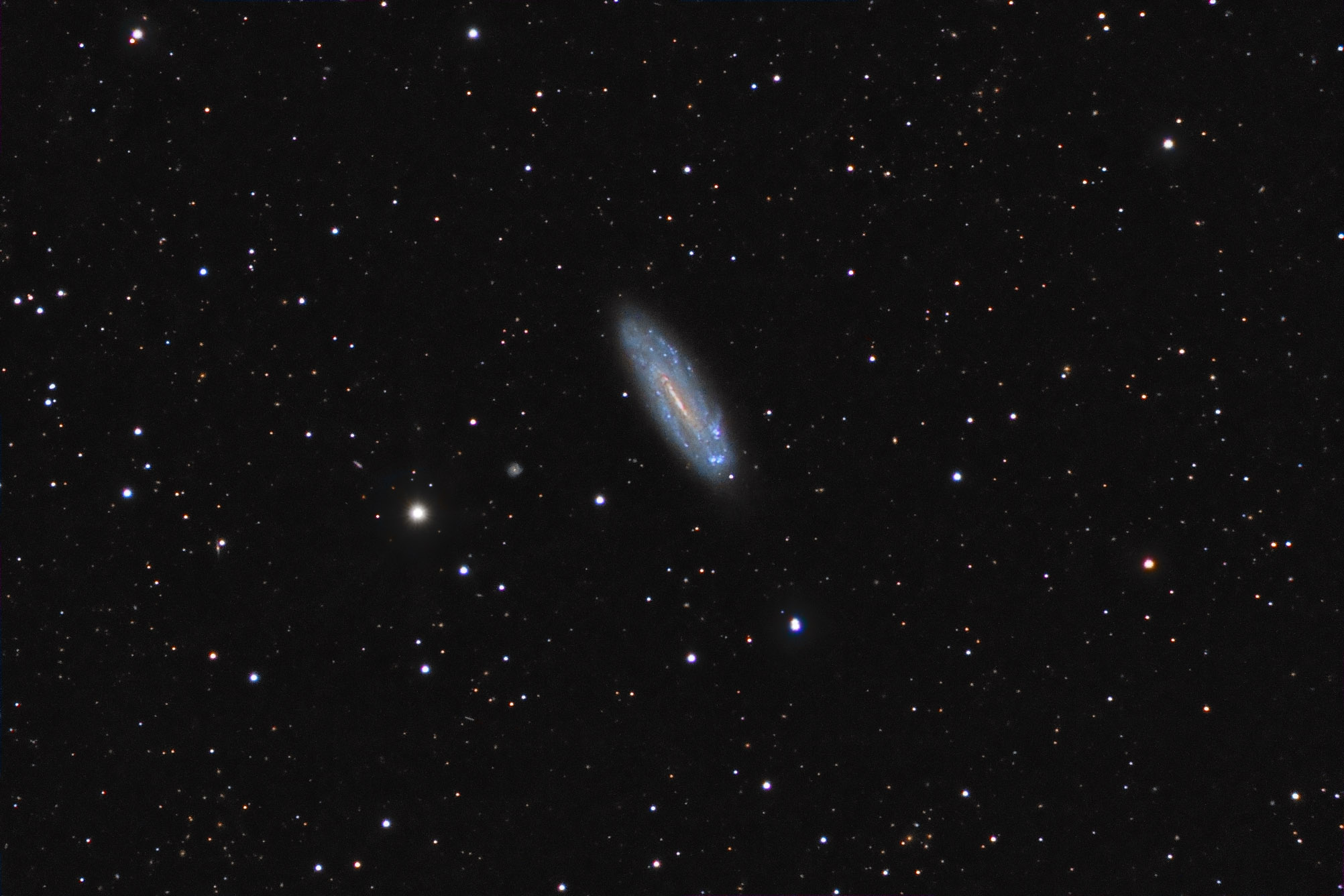 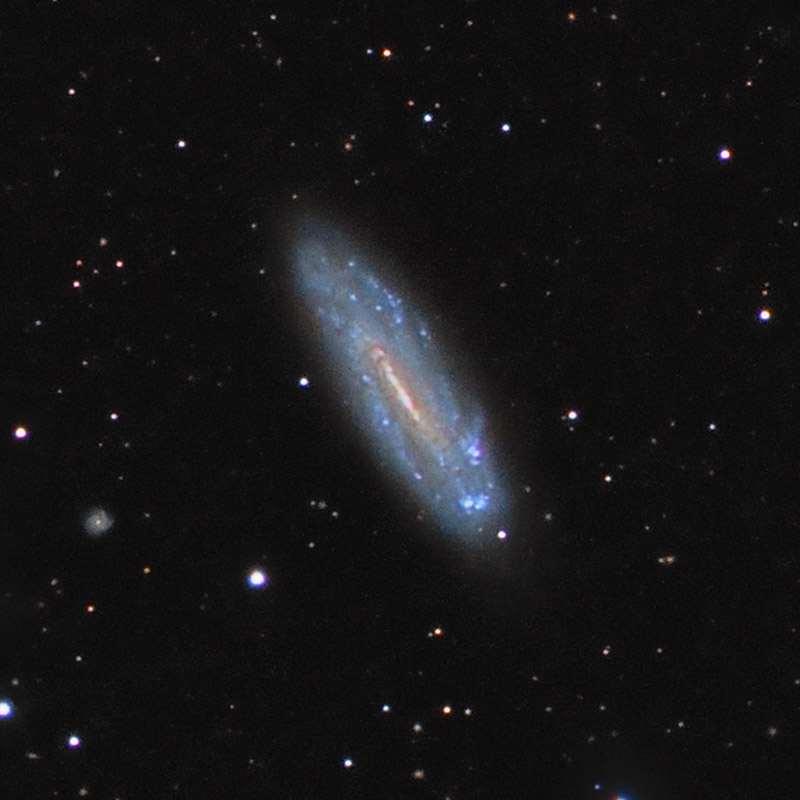