NGC 4214 is a nearby dwarf galaxy in Canes Venatici with massive star formation regions per the Hubble Space Telescope images of this galaxy. None showed up in my LRGB image. Another I should have used H alpha on apparently. Nor do they show in the Sloan survey image of this galaxy. Being close redshift data is highly unreliable. It gives a distance of about 25 million light-years. 10 to 13 million light-years seems more reasonable given the resolution of details that can be seen in it. Also, this is about the average of modern Tully-Fisher and Red Giant Branch measurements. Assuming a distance of 10 million light-years its diameter would be about 23,000 light-years. It is classed by NED as IAB(s)m and Irr III-IV by the NGC project

It is also known as NGC 4228. Seems John Herschel managed to get the RA one minute wrong one pass and later get it right. This resulted in the two numbers. The 4214 entry was the correct one in case you were wondering.

To the southwest is UGCA 276. While its redshift is the same as that of NGC 4228 I assume it is more likely at about the same distance as NGC 4214 as its non-redshift based measurements are about the same as those for NGC 4214. NED classes it simply as Im: It is likely gravitationally bound to NGC 4214. William found it on April 28, 1785. John found it at the wrong position on April 27, 1827. It is in neither of the H400 programs.

I\'ve prepared my usual annotated version of the image. As in the past, I accidentally ran across some galaxies, not in NED that should be. Usually, these are blue but not this time. Also, I found far more than usual. Those totally absent from NED are marked with a gray question mark. A couple were picked up by the 2MASS survey but were not included in NED\'s version of the Sloan survey even though they should have been. These are marked with a green question mark. Again, I didn\'t go looking for these. I just noticed them while looking up ones nearby that were in the database. How many more were missed I haven\'t a clue. Apparently, the automatic algorithm that is used to pick these up failed somehow.

Two galaxy clusters are in the image. WHL J121610.0+362836 at 3.6 billion light-years is to the northeast of NGCV 4214. The anchor galaxy\'s position is the same as that of the cluster but NED only had redshift data on the cluster. It is small containing only 6 galaxies. No size was given. The other is GMBCG J184.02151+36.15300 at 4.4 billion light-years. Here the Big Cluster Galaxy\'s redshift matches that given for the cluster. It is nearly directly south of the first cluster at the very bottom of my image. I moved the label off to the side so as not hide a few possible cluster members. The cluster is listed as having 39 members but again no diameter is given for the cluster\'s size. 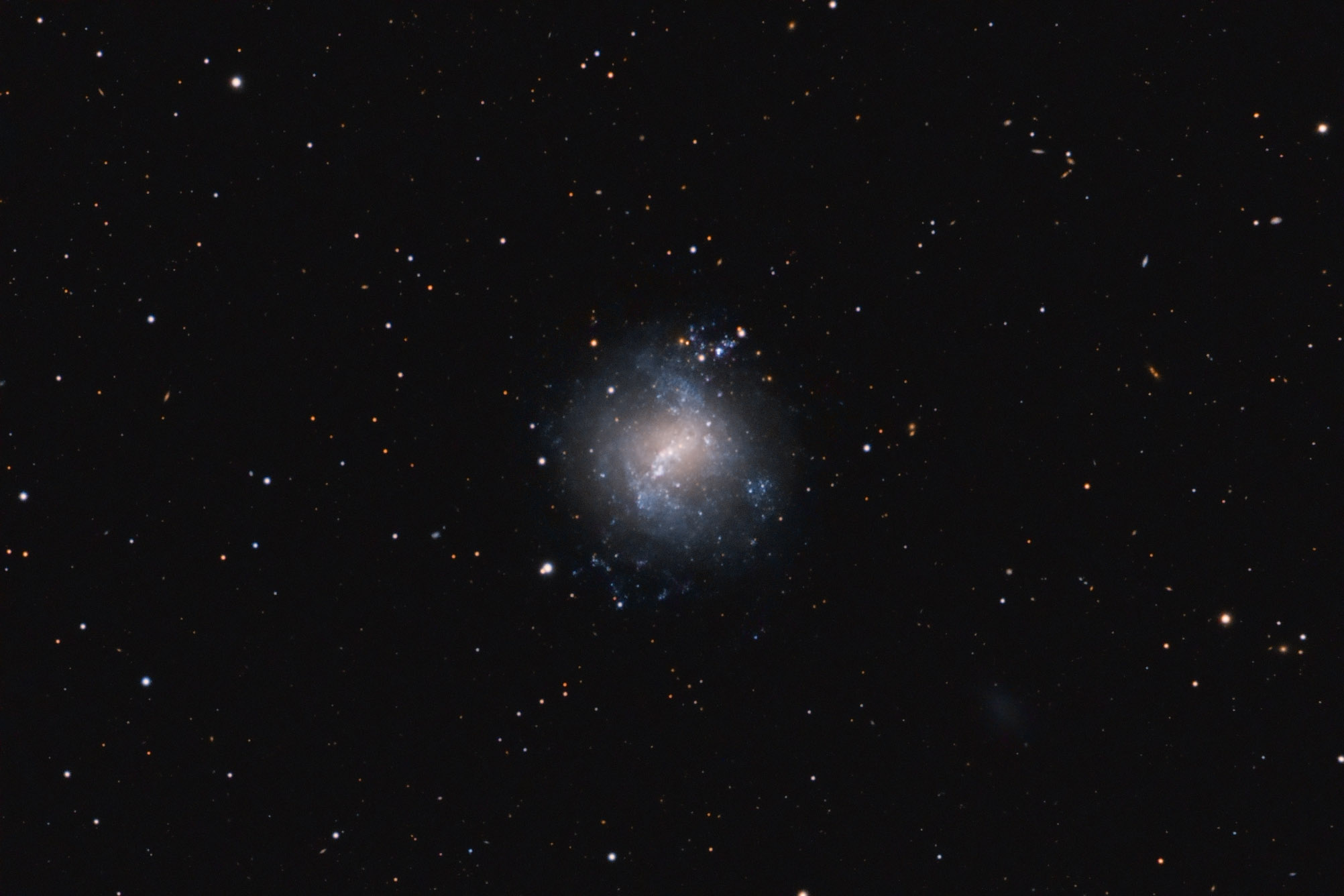 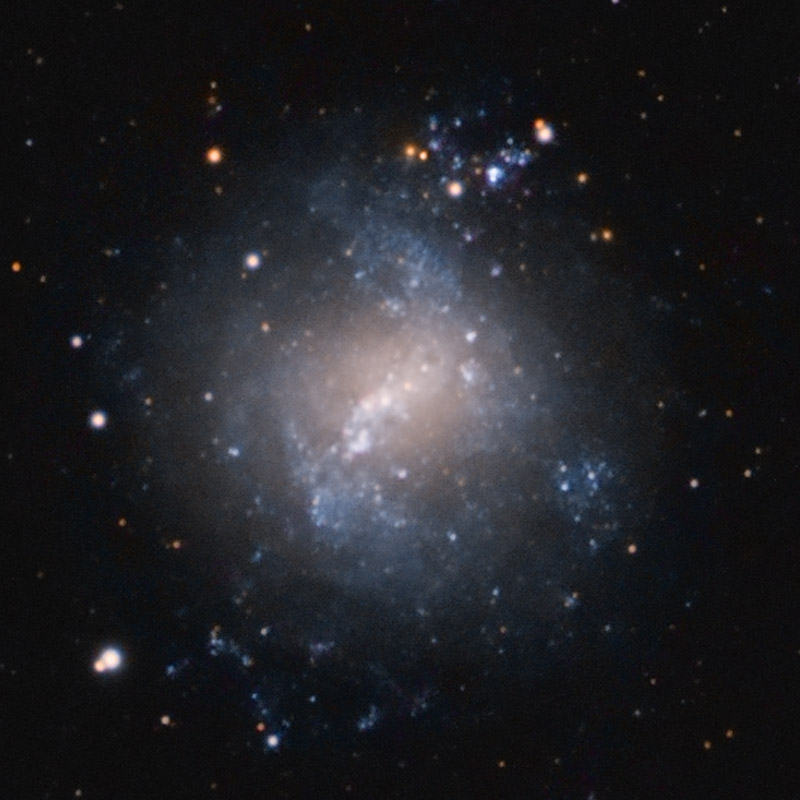 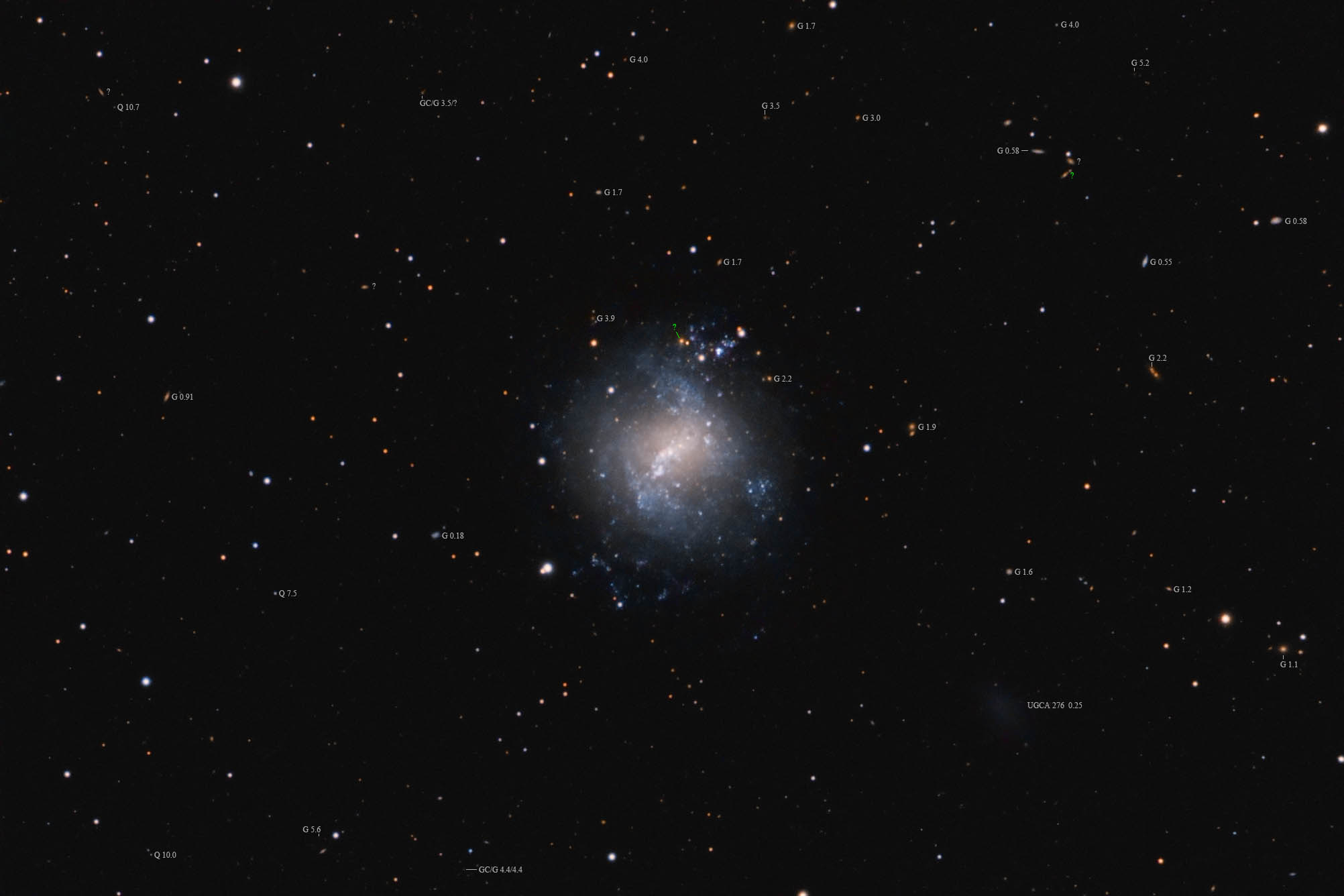