NGC 4331 is a very weird galaxy in Draco west of the bottom of the bowl of the Little Dipper. Redshift puts it about 74 million light-years away. A single Tully-Fisher measurement says 87 million light-years. The NGC project says it is an irregular galaxy while NED goes a bit further saying Im? The \"I\" for irregular and the \"m\" for Magellanic type, that is having characteristics of the Magellanic Cloud galaxies. The CGPG maybe says it best: \"Blue post-eruptive oval patchy compact with comet-like plume, d = 2\' north-south immersed double knot.\" I assume that double knot is the odd pair of near star-like features in the lower part of the galaxy. To me, it looks like some one-celled protozoa I used to photograph as a kid through my microscope. Just a lot bluer than they were. Often a galaxy as weird as this one is the result of some interaction. I found nothing much within a 90 minute radius that looked like it had tangled with another galaxy though I did find a surprising number of galaxies at about its distance, 14 of them with NGC 4319 the most interesting looking. It is much larger so could do some damage with little harm to itself. I\'ve added it to my to-do list. It lies some 51 minutes nearly due south and is considered by one paper to be somewhat disrupted. It was discovered by William Herschel on December 12, 1797. It\'s not in either H400 program.

This is a little studied area of the sky. I was unable to find anything more on this galaxy. NED had no distance data on any other object in the field so I didn\'t prepare an annotated image.

Seeing wasn\'t very good when I started on this one. Then after my first three luminance frames seeing went to pot. I took 5 then the color data then one more luminance frame before dawn terminated the session. Seeing suddenly improved again for that last frame. Though seeing wasn\'t very good for any I did use the best four. Color data had really bad seeing of 5\" or worse FWHM. I didn\'t realize conditions had gotten so bad so never retook the data, unfortunately. So this is the best for now. It is on the reshoot list. Much of 2012 is on the reshoot list and so far things aren\'t looking much better for 2013. 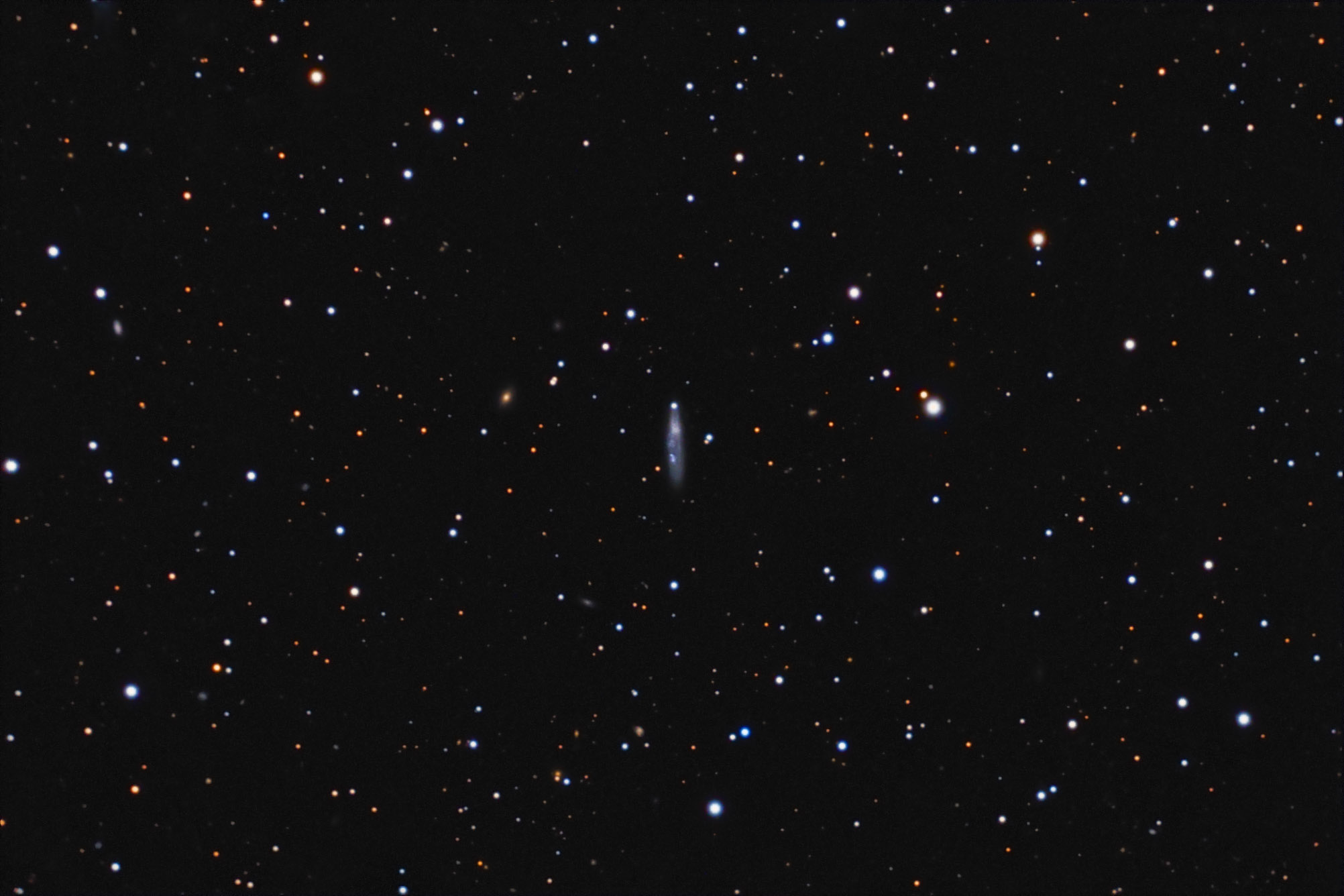 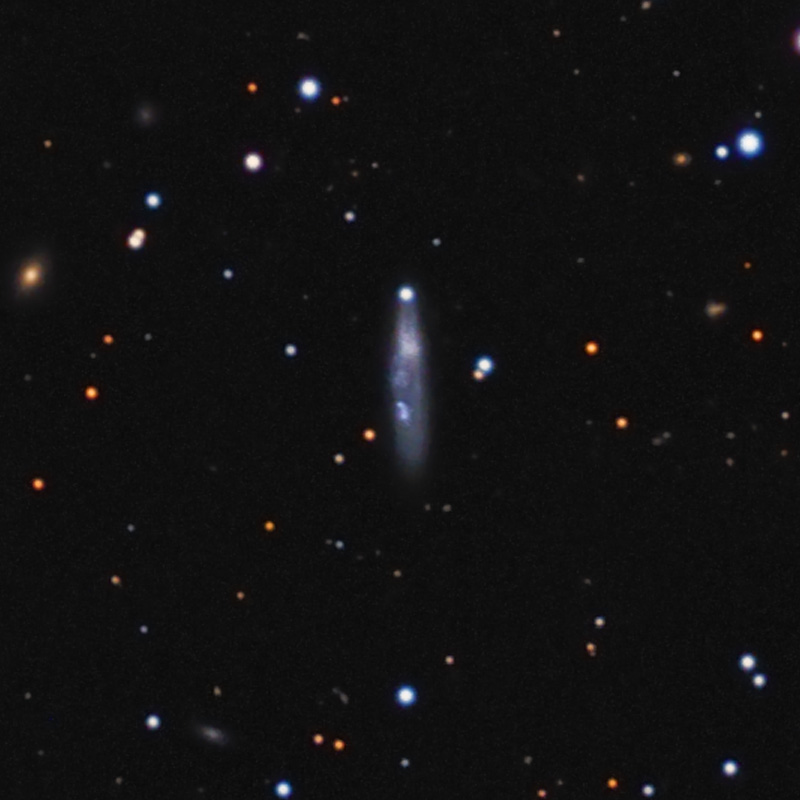