NGC 4395 is said to be the home of the smallest known \"massive\" black hole to occupy the core of a galaxy at least when I wrote this. Astronomers have discovered the size of a galaxies core is proportional to the size of the black hole in the core. So not only is this guy\'s black hole small so is the core. I found an old article on the net and while it is only a bit over a year old already things have turned upside down since it was written. It suggests the core is small because it was eaten by the black hole but then also states the black hole is the smallest known. If it had eaten the core it\'s hard to then say it is small. That\'s the dieter\'s heaven. The more you eat the less you weigh. The article is at:
http://www.astronomy.com/asy/default.aspx?c=a&id=2905 (Edit: This link is no longer available so maybe they realized the problem.)

It is now thought the lack of a core is due to it not having a normal sized black hole. Also, that explains why it has not much to eat, it never did so never gained much weight. Everything else in the article is still considered correct, check back next week, things change rapidly as our knowledge increases. We still don\'t know whether the size of the black hole governs the size of the core, bigger attracts more mass to the core, or the big core gave it a lot to eat and it thus grew large. It\'s the proverbial which came first issue. Right now most seem to think the black hole came first but this can\'t be proven as yet.

But for all the talk of the core having nothing to eat this galaxy has a Seyfert type 1 nucleus. This means the black hole is far more active than the larger one in the core of our galaxy which isn\'t active enough to rate Seyfert classification. Also, this is a rather small galaxy much like the large Magellanic cloud rather than a big classic barred spiral like ours. Somehow all that was lost in the article as well.

This is also a rather distorted spiral. The arms are anything but symmetrical and leave the core in a very disorganized fashion compared to most spirals. This is a characteristic of a Magellanic type spiral galaxy.

Edit: The above was written back in 2007 and not done well. Three knots in the galaxy are NGC 4399, NGC 4400 and 4401 but I\'ve not done an annotated image to point them out. They are in Right Association order. They are the bright blue blobs below the core region. I hope to redo it when time allows. I must add that this one was discovered by William Herschel on January 2, 1786. It is in the second H400 program. Being an early image I underexposed the L channel more than normal so it is a rather noisy image. Another to reshoot but likely won\'t find time to do. 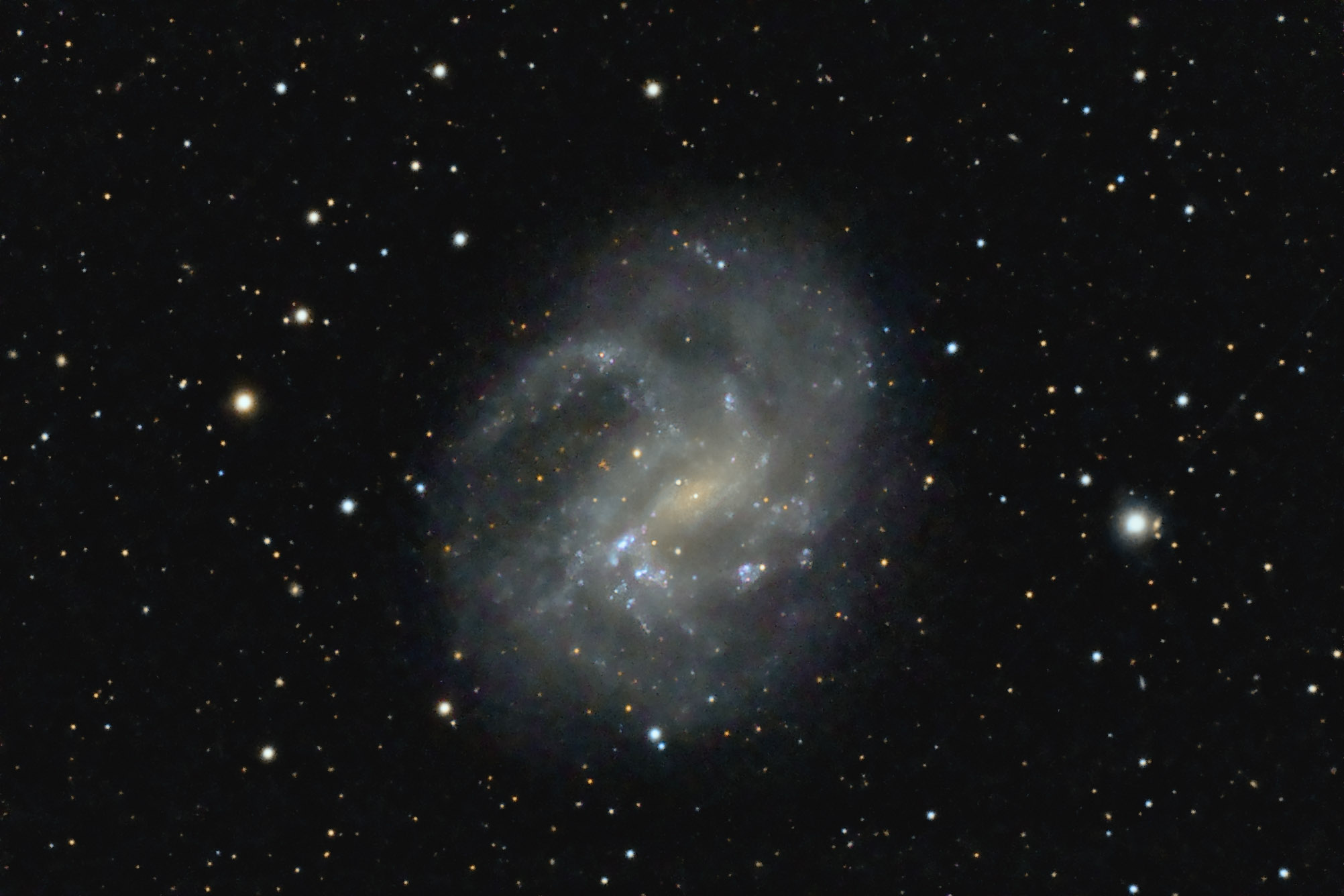