NGC 4656, the Hockey Stick Galaxy, is a highly disturbed galaxy or galaxies depending on who you read, located in Canes Venatici. It carries two NGC numbers, NGC 4656 which refers to the main core region and NGC 4657 which refers to the bright northeast end. While many papers through the 1980\'s and even a few into the 90\'s call this system an interacting pair most today feel it is just one highly distorted galaxy that came too close to nearby NGC 4631 and its distorted satellite NGC 4627. Its redshift puts it a bit over 40 million light-years away but most sources put it and NGC 4631 about 25 million light-years away.

NGC 4656 was discovered on March 20, 1787 by William Herschel. My entry from the original Herschel 400 program using a 12.5\" f/5 scope at up to 150x on an excellent desert night reads, \"Somewhat fainter than NGC 4631 but contains more detail. At 40x hook looks like another galaxy but at 150x the true nature of the hook becomes visible as a bunch of star knots on the end. A fantastic galaxy with a more fantastic neighbor! These objects need the 12.5\" size to really appreciate them. My 10\" which normally isn\'t far behind the 12.5\" doesn\'t begin to show what the 12.5\" sees in this galaxy.\" Apparently, I was rather impressed by it all.

This is a retake for me. I took it back when I was first getting into color CCD work. The results were very poor to put it in a good light. In this much better image, it appears the northeastern end is full of massive star clusters likely triggered by the interaction with NGC 4631. Two of the massive clusters at the northeastern end and to the southwest carry separate designations as galaxies in some catalogs. Though LEDA 4546890 is designated a star cluster by NED. SDSS J124348.72+320813.8 toward the southwest end clearly resolves into a cluster of stars even in my image NED carries it as a galaxy.

Several true galaxies can be seen through NGC 4656. I was surprised the nearly detached plume far to the northeast didn\'t seem to carry any separate designation that I found.

While there are a lot of faint background galaxies few had redshift distances noted at NED. Those few that did are shown in the annotated image. One I happened across that seemed to be in a small group of galaxies wasn\'t even in NED which earned it a question mark label. In processing the image I noted a really red star below a white star north of the core of NGC 4656. It turned out to be a super red galaxy 3.8 billion light years distant. I can\'t recall any galaxy this red before. Other galaxies in the image even further away aren\'t dust reddened as much as this one. It is an IR rich galaxy, 2MASX J12440504+3217580, though such galaxies often aren\'t very red in the visual spectrum.

The annotated image is an earlier process of the image and a bit darker but shows everything so I didn\'t redo it. 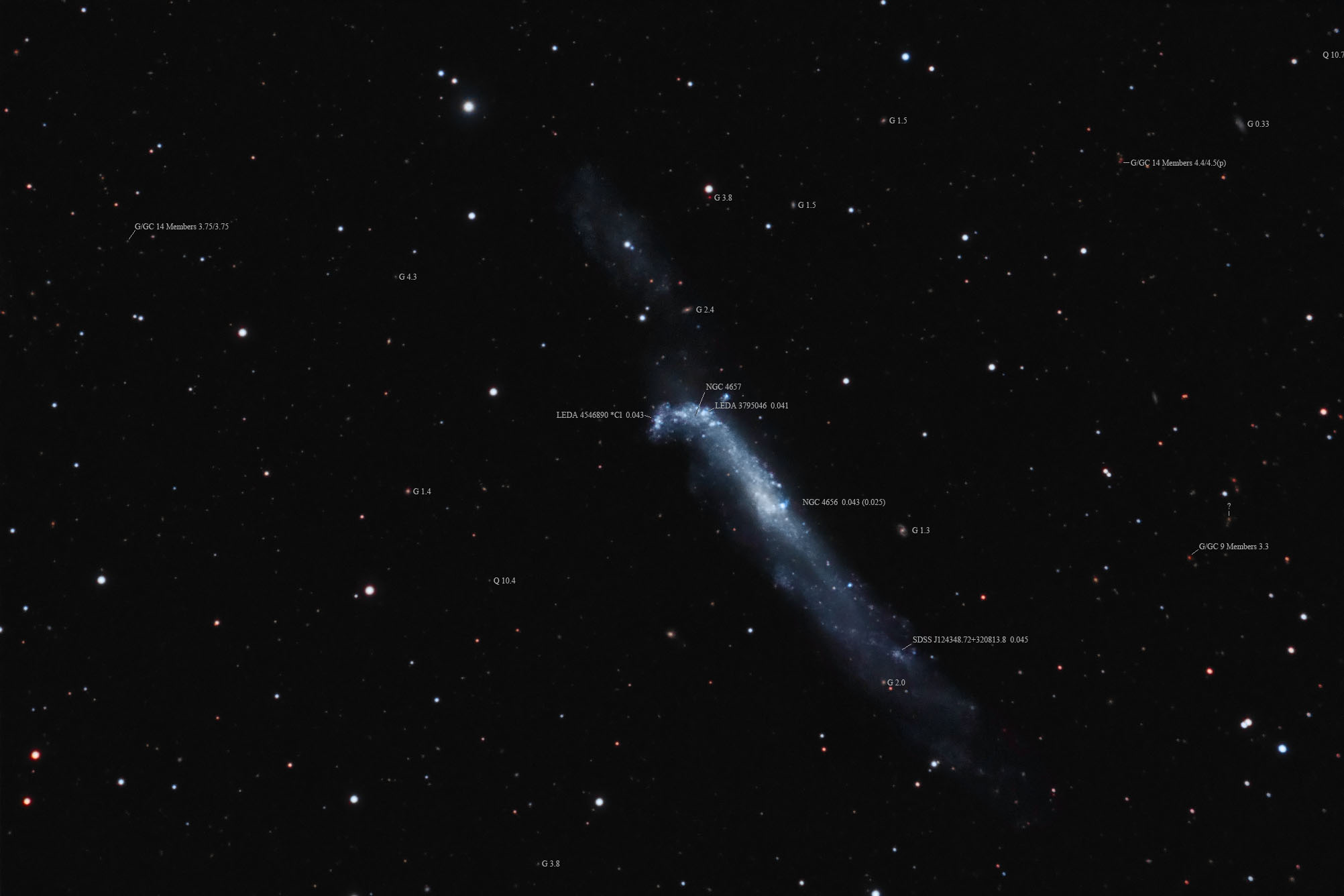 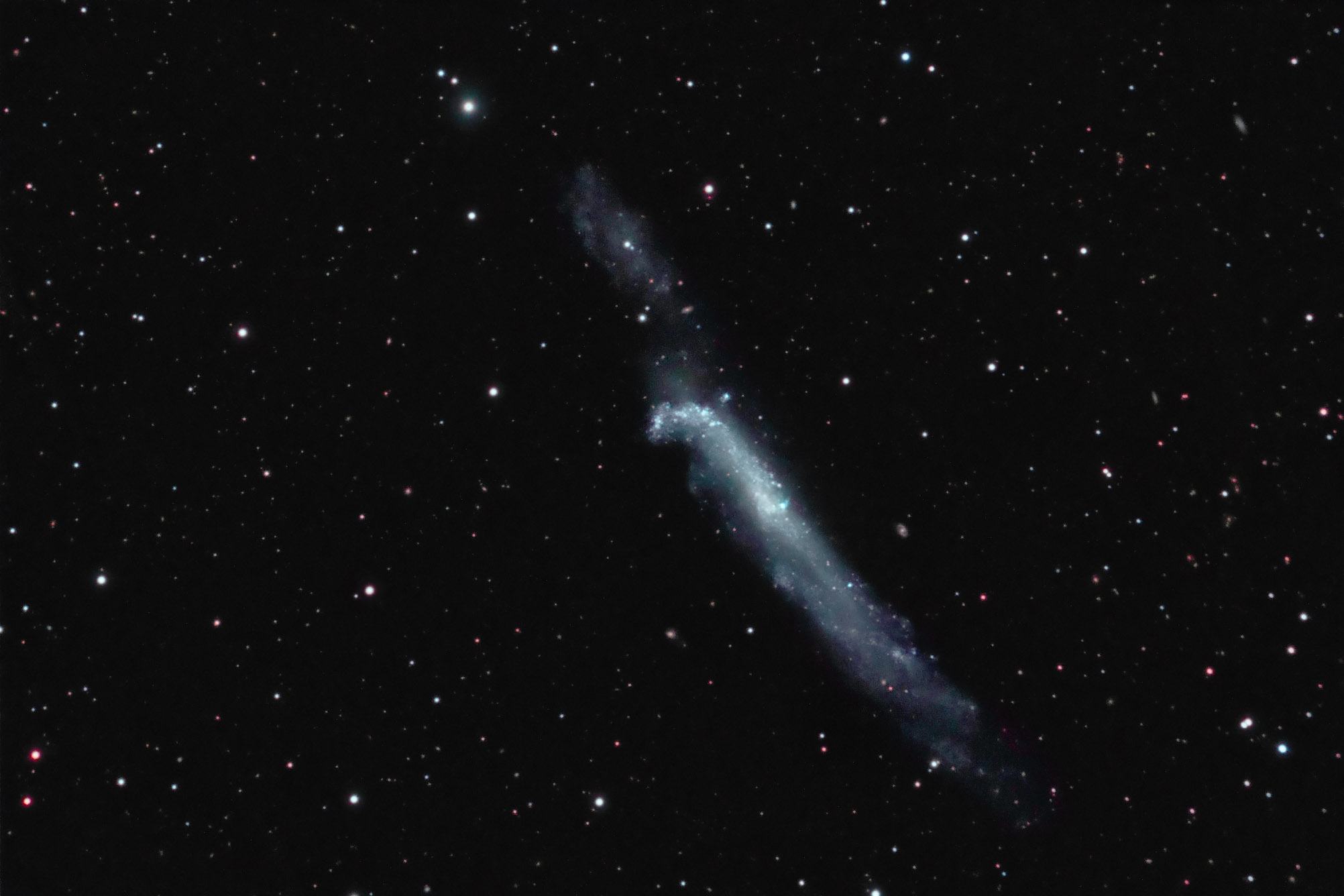