Conditions were poor when I took this image both as to transparency and seeing. Add to that it is low in my sky and I missed picking up much detail in the inner portion of the galaxy. The spiral structure continues right to the very bright, but very small core. I lost the ability to see this except in the outer parts where it is not so finely structured. So the inner part that appears featureless is just due to bad seeing. Poor transparency limited my ability to pick up the outer faint regions. I suspect it is considerably larger than I was able to detect due to the poor transparency.

I was surprised to find this note at NED: \"SB0: Bright nuclear point source embedded in elliptical bulge. The bulge is threaded by a short bar, oriented along the bulge major axis. The bulge/bar system is embedded in a smooth, featureless disk with the same P.A. as the bulge. No evidence of spiral structure.\" How did they miss the spiral structure? Everyone else sees it an SBb spiral.

Two asteroids are in the image. They appear quite dim for their estimated magnitude. Normally an asteroid brighter than 19.0 shows color traces in my LRGB images but neither do. Being low blue was a problem. Extinction was strong for blue compared to red. I knew that so took an extra blue frame to allow me to push the blue enough to retain color balance but it wasn\'t sufficient. The blue stack was still nearly twice as noisy as red and 50% noisier than green. Thus I don\'t trust the color data all that much. This is another for the reshoot list that likely will never be reshot.

It was discovered on January 18, 1784, by William Herschel. It is in the original H400 program. My entry from April 23, 1985 under poor foggy skies using no more than 50x with my 10\" f/5 reads; \"Bright, nearly round galaxy, otherwise featureless. I didn\'t see the bright nucleus mentioned as the whole galaxy seemed bright.\" Nor do I see it in my image but my night wasn\'t much better. Nor do I see it on the Sloan or POSS images. It is there, however. See this image with the galaxy stretched very differently than normal. https://cgs.obs.carnegiescience.edu/CGS/object_html_pages/NGC4699.html

Even with my poor transparency, I picked up a lot of background galaxies. Unfortunately only a very few had redshift data at NED. Why this region is so poorly studied I don\'t know. Two carry names that might lead you to believe they are connected with Hickson Compact Group 62 but that is a tight group of galaxies a couple degrees away. It is on my to-do list but likely will have to wait for another year. 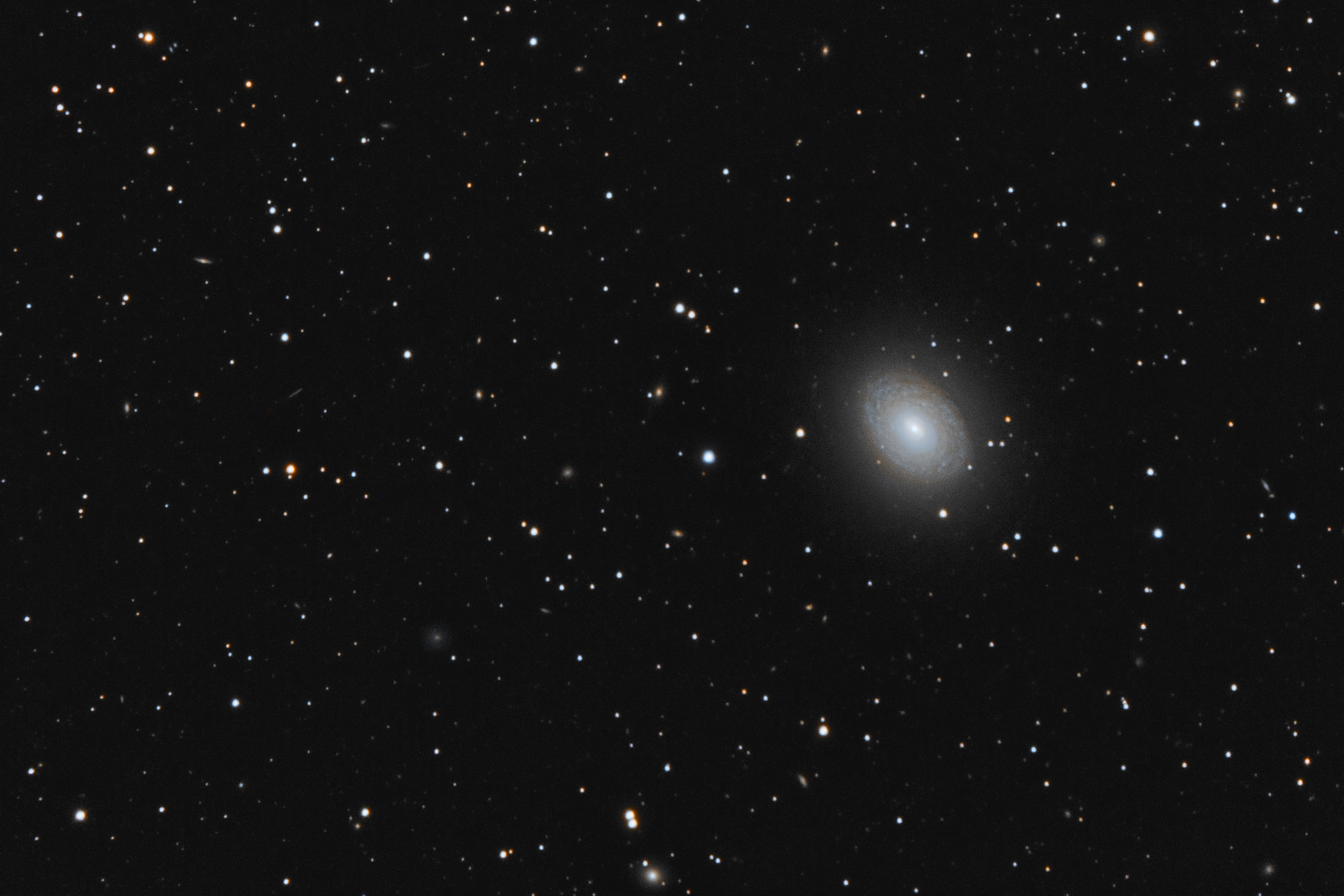 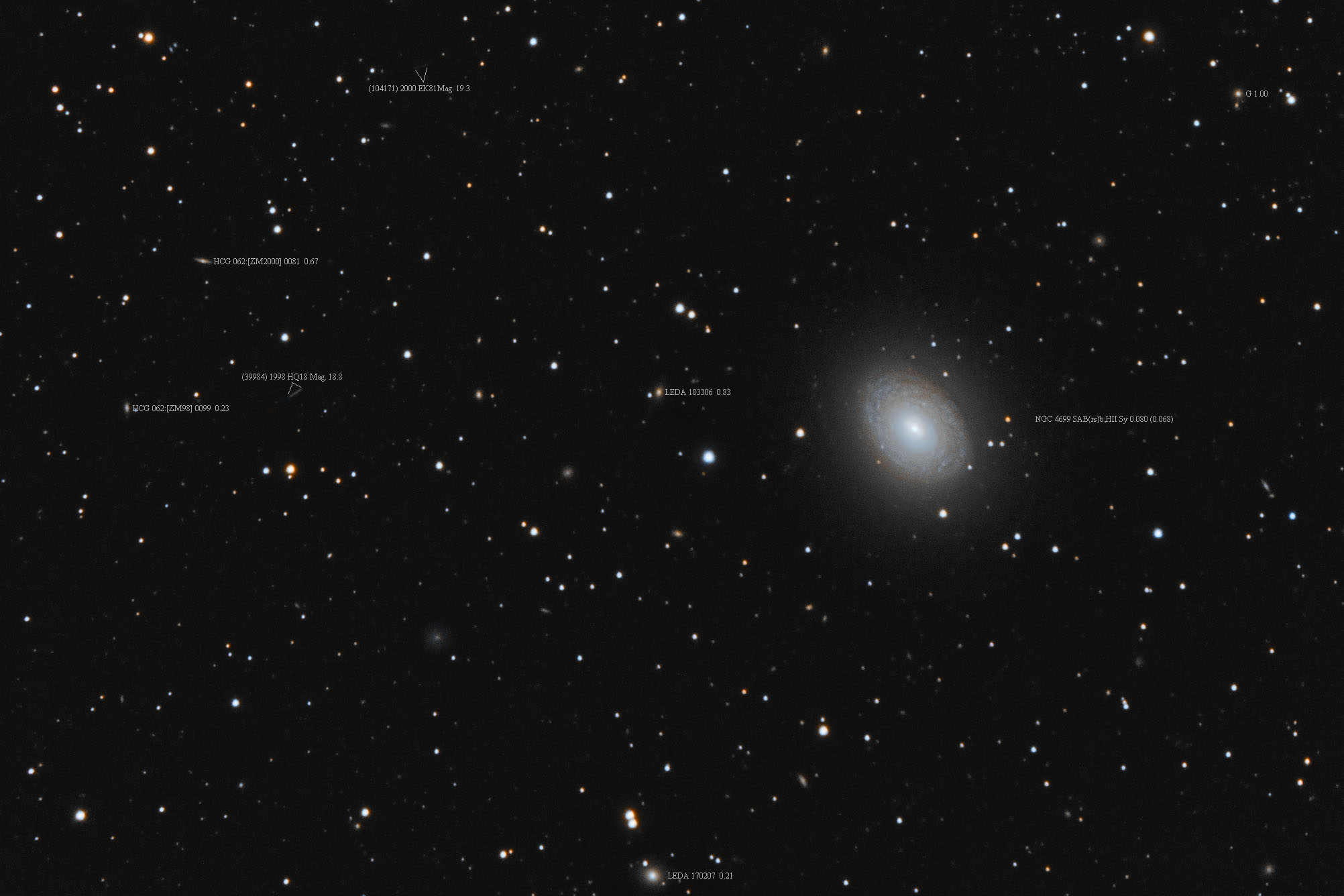