NGC 4731 is a very strange, distorted galaxy on the far side of the Virgo Cluster, about 65 million light-years distant though red shift puts it far closer. It even lies within the borders of the Constellation of Virgo. NED gives it the rather normal classification of SB(s)cd. This gives no hint of its strange, distorted shape. Reminds me of some sea slugs swimming through the ocean. Or maybe some sort of dragon. Others tell me they see a salamander. The NGC project\'s simpler classification system does indicate it is not ordinary classing it as SBc pec. Most sources attribute its distorted shape to it interacting with nearby NGC 4697 well out of my image to the northwest. Low in my image, however, is NGC 4731A. It too seems strange though most irregular galaxies have a rather messed up shape. NED classes it as Im pec. Could it have been harmed by coming too near NGC 4731? The more I look at it the more I see two small interacting spiral galaxies coming together in a \"V\" shaped pattern. I can\'t find any very high resolution images of it but I\'m beginning to think it possible this is two galaxies rather than one. Yet another opinion is offered by a paper saying \"Interaction. In contact with it to the east, and with each other, are two not dense companions 19 mag.\" Apparently, this is the \"V\" shaped structure and the two blue objects to the east (left). I see these two objects as star clouds created from the collision if my interpretation is correct. This needs a lot more study in my opinion.

Even though it is a member of the Virgo Cluster, a region rich in galaxies and far from the dust of our Milky Way, it is just outside of the area covered by the Sloan Digital Sky Survey. This meant little in the way of information for annotating the image. Being at -6 degrees my seeing wasn\'t all that good when this was taken so I didn\'t go as deep as usual nor form as sharp an image as I\'d have liked. Also, that put it into the belt of geostationary satellites as seen from my latitude, many of which drifted through the frames. It was a pain dealing with all of them as their paths often overlap meaning data rejection stacks don\'t get rid of them. Also, such stacks remove the asteroids. As there are 5 in the image I didn\'t want to give up I had to deal with these birds the hard way doing manual data rejection.

Northwest of NGC 4731, in the area above a galaxy at 3.47 billion light-years and below LEDA 3082082 is, what appears to me to be, a distant galaxy cluster though none is listed there in NED.

Details on the 5 asteroids are shown on the annotated image along with the Minor Planet Center\'s estimate of their brightness. 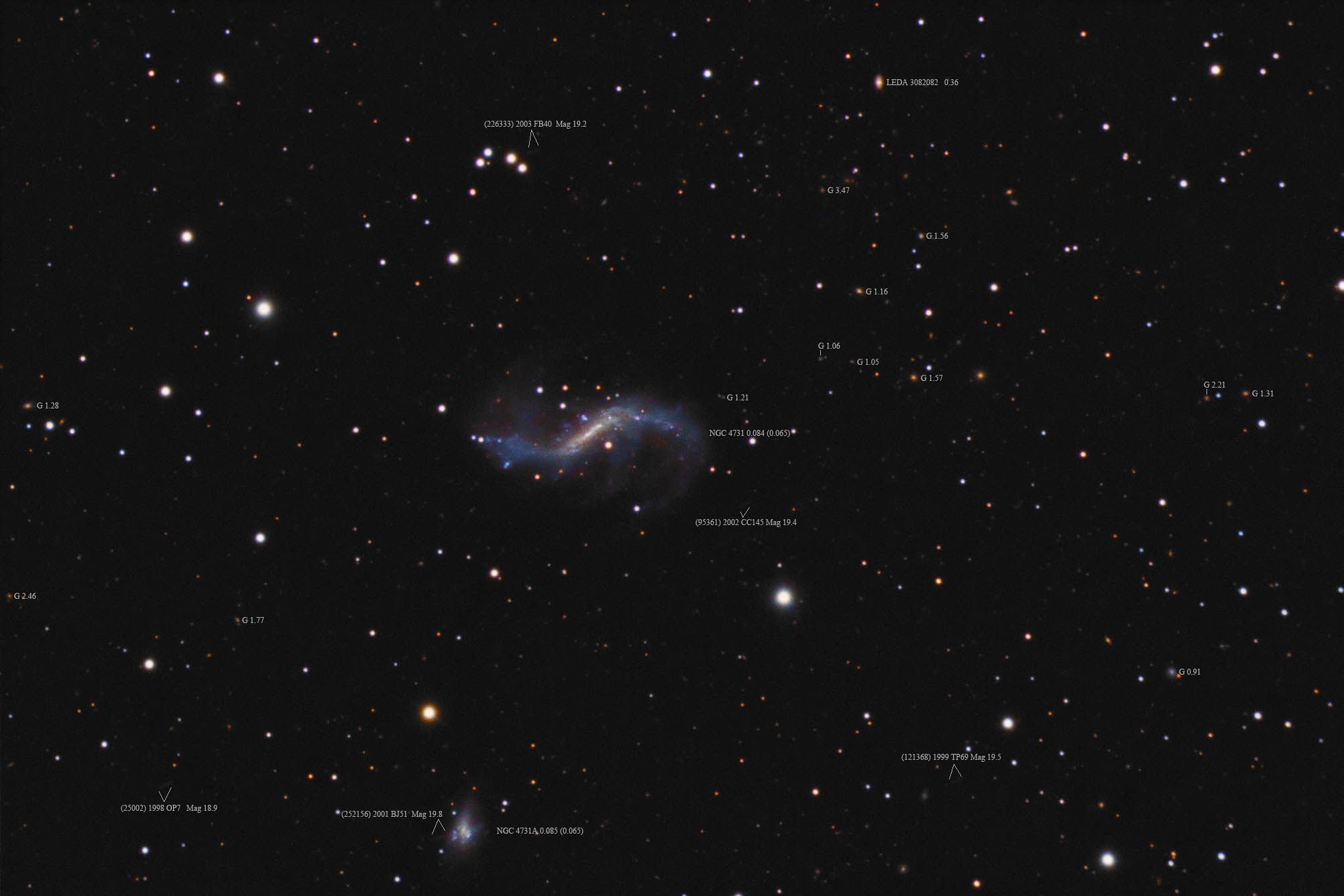 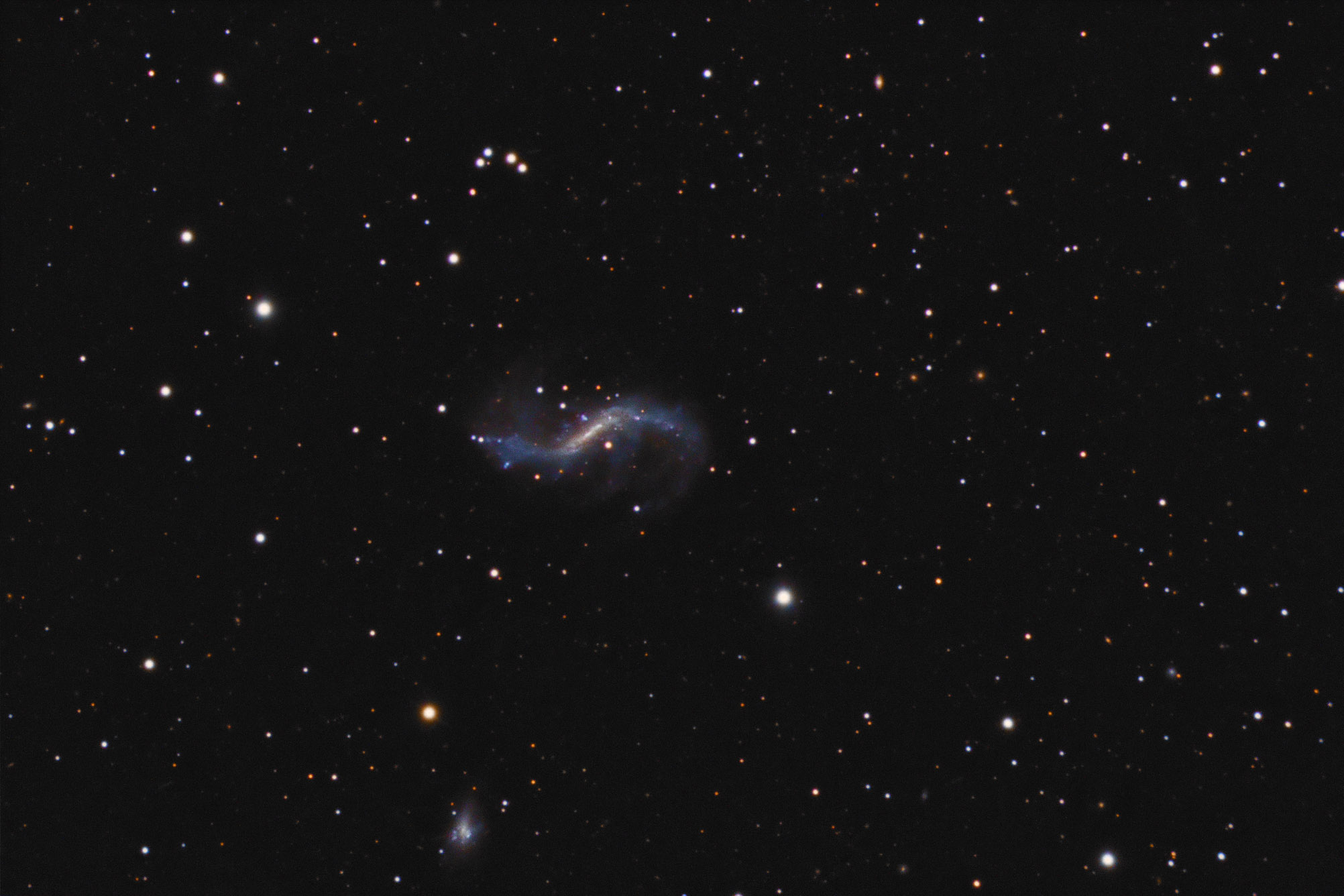