Who scribbled on my galaxy?

Every time I think I\'ve seen the ultimate strange galaxy a new one to top it turns up. This one has the record for now. I knew it had a few strange dust lanes but when so many popped out in the processing I was muttering words not suitable for this post. My mind does strange things when confronted with something unexpected. All I could imagine was God gave baby Jesus a crayon and paper to draw on and he scribbled on the galaxy instead of the paper. Coming back to some sanity it is obvious this is a merger situation. Stars thrown all over the place and dust lanes apparently scattered at random. One paper, however, has tried to make sense of it all and claims to have succeeded. It says the dust comes from a warped disk tilted at 15 degrees and twisted by differential precession. I\'m not sure he can fit all this dust into his model but some does seem to match. You can read all about it at: http://cdsads.u-strasbg.fr/cgi-bin/nph-data_query?bibcode=1992AJ....104.1339S&link_type=ARTICLE&db_key=AST&high=

This is a member of the Virgo Cluster located about 60 million light-years away by Tully Fisher measurements. Its large angular size makes it an easy target for imagers yet it is ignored by virtually all who seem stuck in the rut of imaging the same stuff. The galaxy is in central Virgo less than three degrees east of the double star Porrima. It was discovered by William Herschel on April 12, 1784 and is on the original Herschel 400 observing list. My entry for it on April 23, 1985 at 50 power with my 10\" f/5 under a light ground fog says: \"Large, oval galaxy with a somewhat brighter but small (not starlike) nucleus.\" Most consider the nucleus starlike. Conditions likely caused me to miss it and it appears I never went back to look at it visually again for some reason.

With a lot more exposure time than my 40 minutes of luminance it should bring out much more of the diffuse plumes surrounding the galaxy. More time likely would allow the dust to be traced further from the core as well. I needed the high signal to noise ratio of the core region to bring out these dust lanes. I had to reduce my efforts to pull these out the further I got from the core as the lowered signal to noise ratio wouldn\'t support the severe processing needed to bring these out.

As usual, I\'ve noted all objects with a redshift distance in NED. UvES objects are all quasar candidates with less precise photographic redshift determinations \"p\" after the look back time. Two faint and one somewhat brighter asteroids are in the image. Their magnitudes are estimates by the Minor Planet Center and don\'t appear all that accurate, at least in the case of (147658) 2004 JP41 which seems much fainter than its prediction. Otherwise, I didn\'t notice anything particularly noteworthy about these background galaxies. 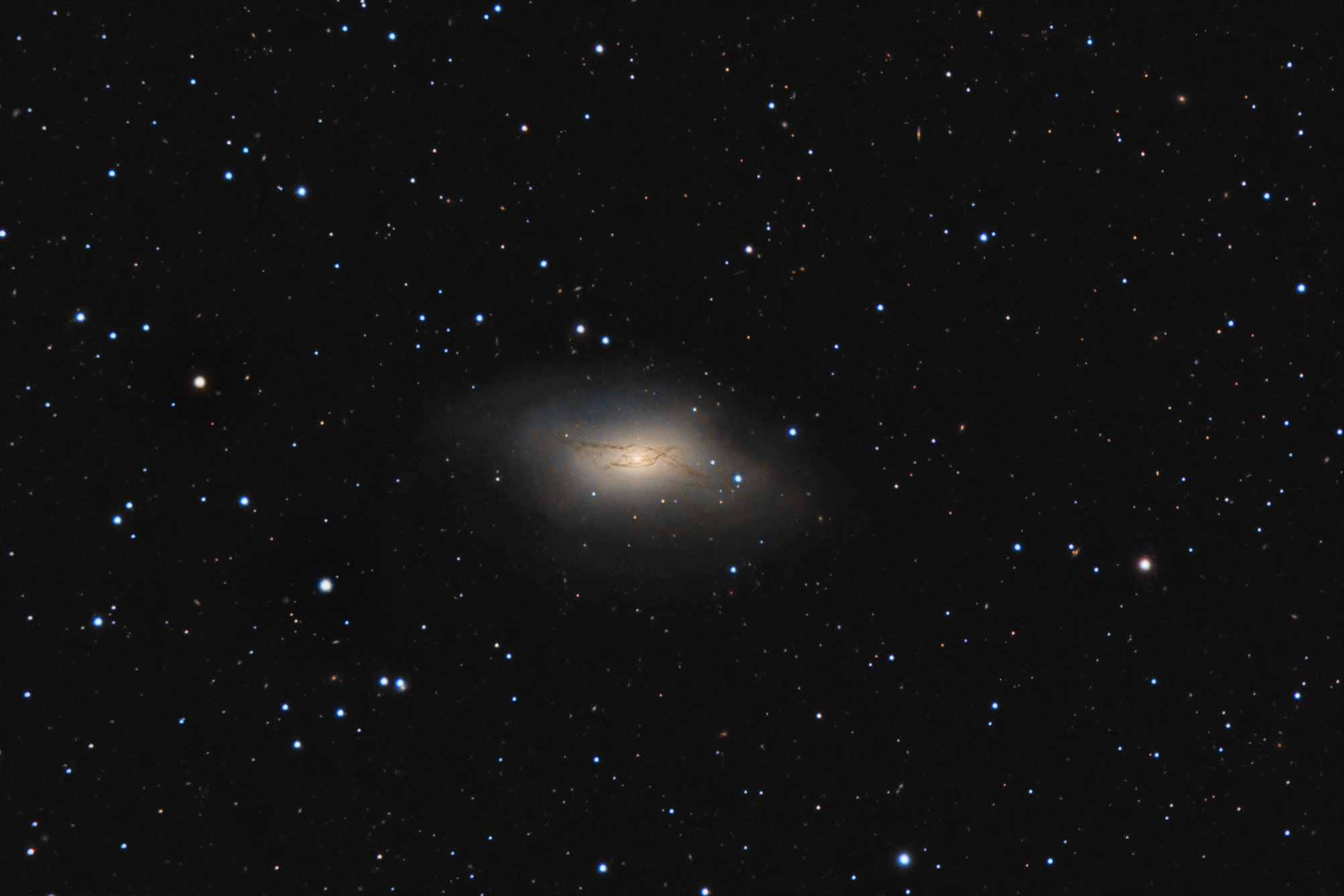 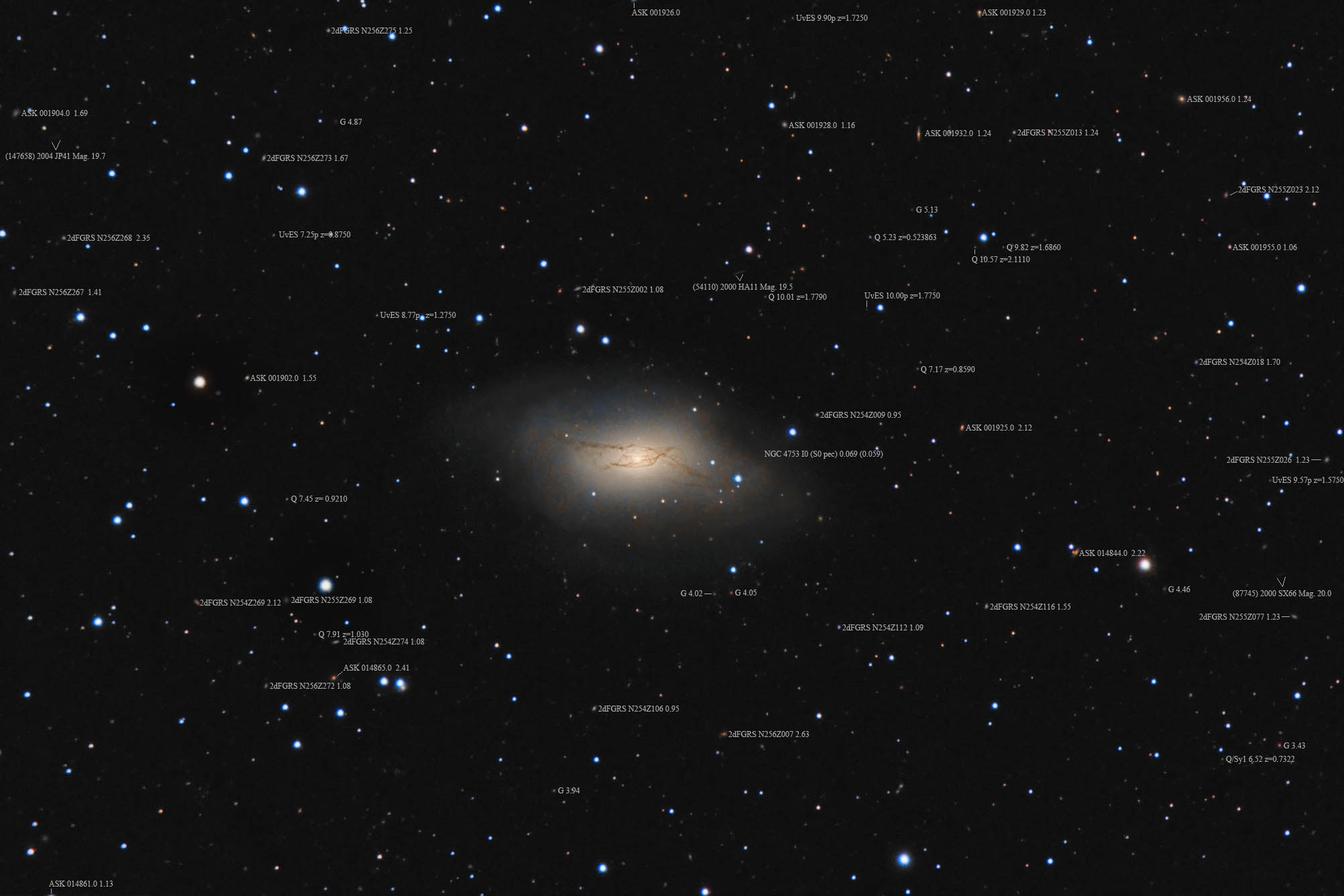