NGC 4775 is a small spiral with an off-center core and distorted spiral arms. When the core is well off center, as in the extreme example of NGC 5474, the galaxy is often said to be \"sloshed\" -- not drunk -- but like sloshing an uncooked egg in a frying pan before it congeals puts the yoke off center. Usually, this is due to tidal forces of a much larger galaxy such as M101 in the case of NGC 5474. In the case of NGC 4775, the cause may be something else.

NGC 4775 is located in Virgo, right in the geostationary satellite belt as seen from my latitude which created havoc with satellite trails right through the galaxy, several right on top of each other making removal \"interesting\" to say the least. Redshift puts it 88 million light-years distant while a single Tully-Fisher determination says 87 million light-years. A surprisingly similar result. If right it is beyond the main Virgo Cluster galaxies. NED classifies it as SA(s)d while the NGC project says Sc. At the 88 million light-year distance it is about 54,000 light-years across. Rather typical for a spiral galaxy.

This image was hurt severely by clouds. Only one blue frame and one luminance frame were reasonably free of clouds. This dropped my limiting magnitude severely. There are a lot more background galaxies than I was able to show. Though since this field is outside the Sloan Survey field only the brighter ones had any data in NED. All but one galaxy in the field that NED has redshift data for were seen in my cloudy image. The Abell Galaxy Cluster 1634 is centered southwest of NGC 4775. It is listed as class 1 which is 30 to 49 galaxies in an 18\' diameter field with a distance of 2.4 billion light-years. Several of the galaxies have redshifts that are at about this distance. It is listed as morphology III which has no anchoring cluster galaxy. I\'ve drawn a line to the position NED has for its center though they list its center only vaguely within a 2.5\' error circle. 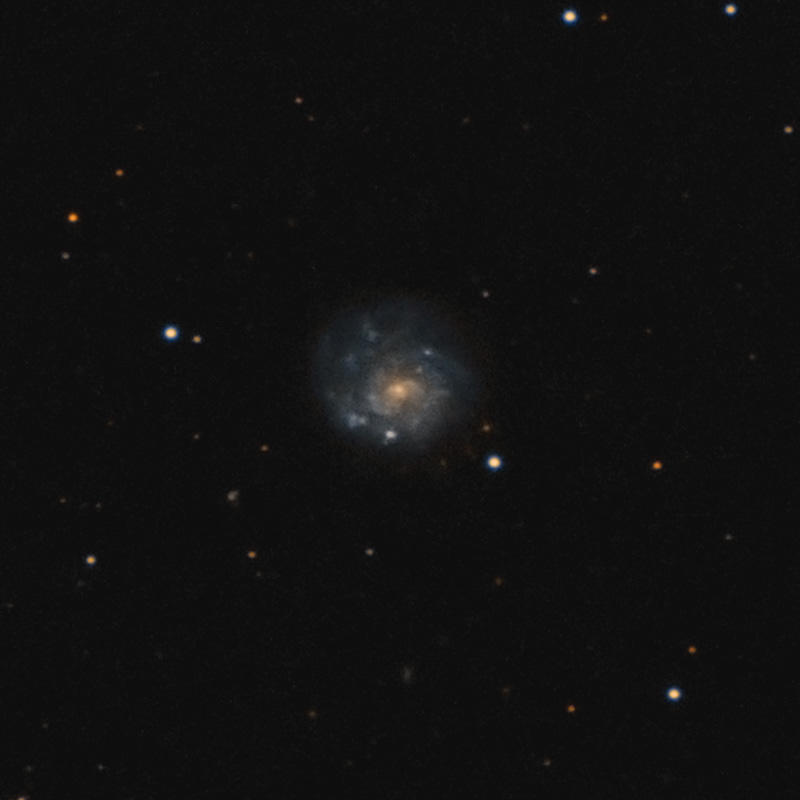 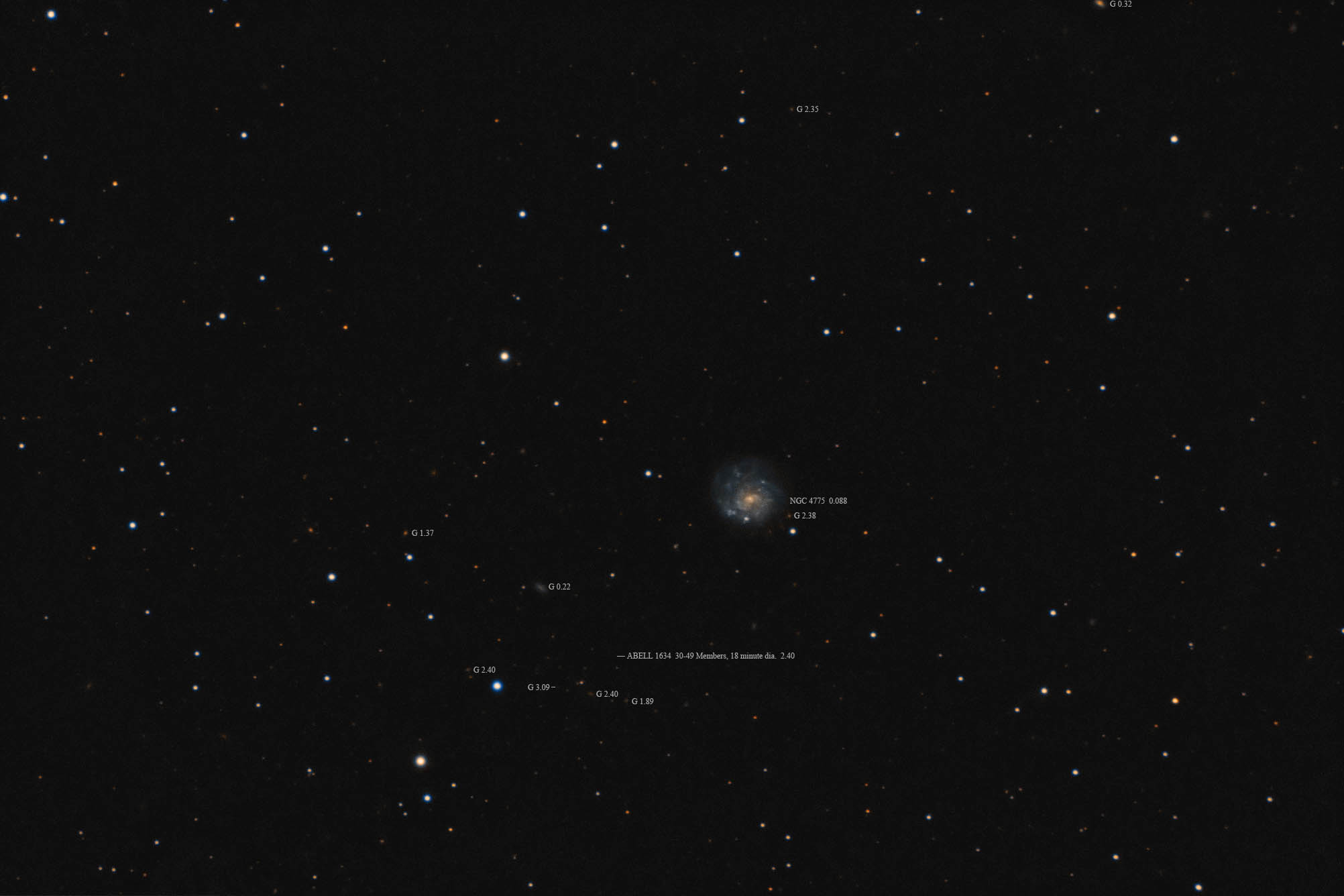 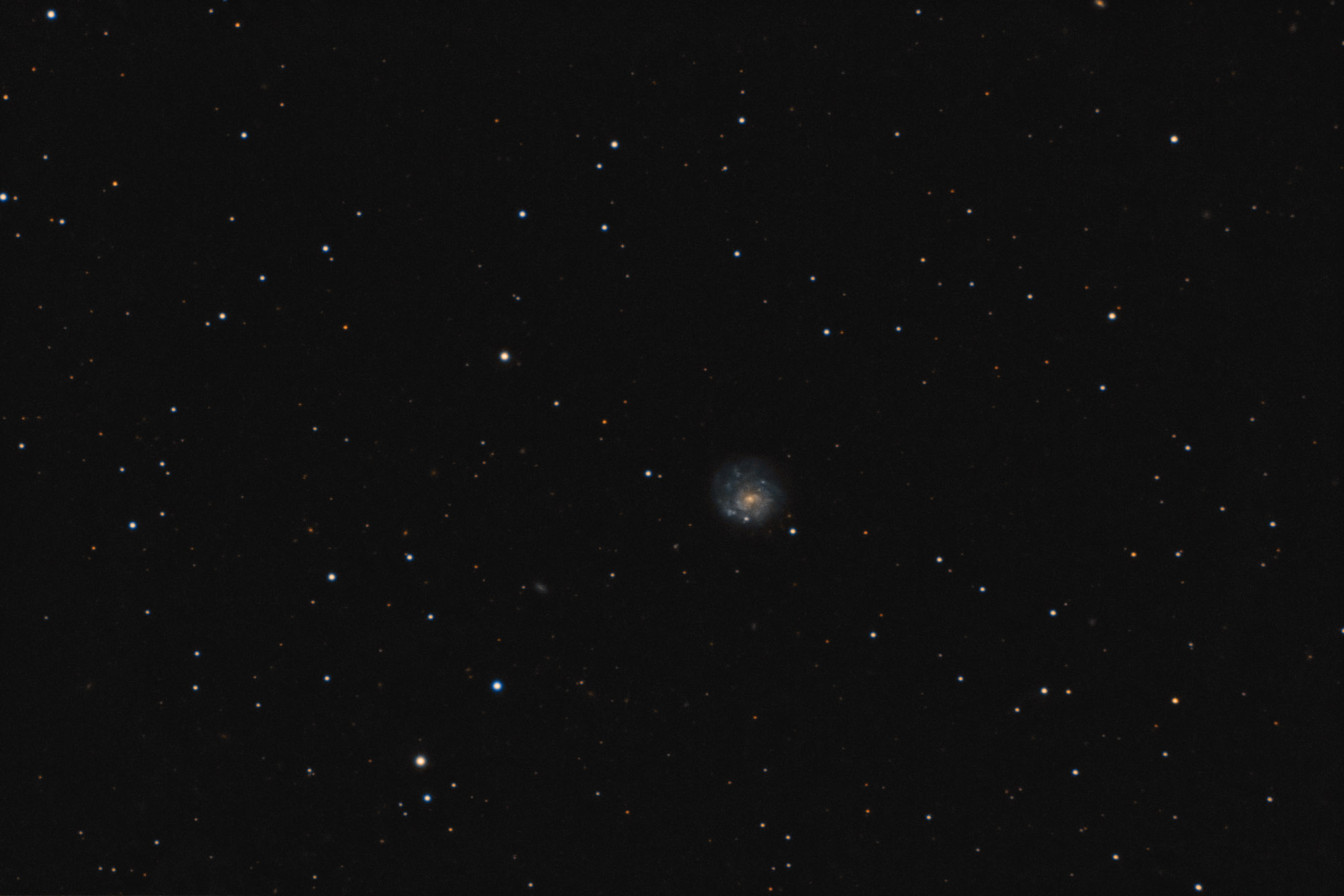