A study in blue and gold

NGC 4866 at first appears to be a red and dead galaxy. Maybe not. NED classifies it as a starburst galaxy. The thick covering dust seems to hide this at visual wavelengths. High-resolution images show very thin dark dust lanes superimposed on the blah red disk. NED\'s classification is SB(rs)bc; HII Sbrst. It sees a barred rather open armed bc type galaxy. That certainly doesn\'t fit pure visual images of it but may reflect IR and radio views of the galaxy. Seligman goes with the more visual saying it is SA0(r)a?. Other have yet other opinions. One says: \"NGC 4866 is seen almost edge on. It is classed as Sa because it is clearly not an S0; there is dust throughout the disk in what appears to be a spiral pattern...It is not as late as Sb, judged from the lack of resolution of the disk into knots (HII regions) or stellar associations.\" This has my head spinning faster than the galaxy. An HST image of much, but not all, of the galaxy, can be found here: http://cseligman.com/text/atlas/ngc4866hst.jpg note that east is at the top in the HST image. He doesn\'t say what wavelengths are being used for this blue version of the galaxy.

The rest of the field had limited distance information so the annotated image has fewer galaxies noted. Many more are in the image, they just don\'t have redshift data at NED, at least at the time this was annotated.

The image is mostly in very northern Virgo. LEDA 3090760 at the top of the frame is just barely in Coma Berenices. 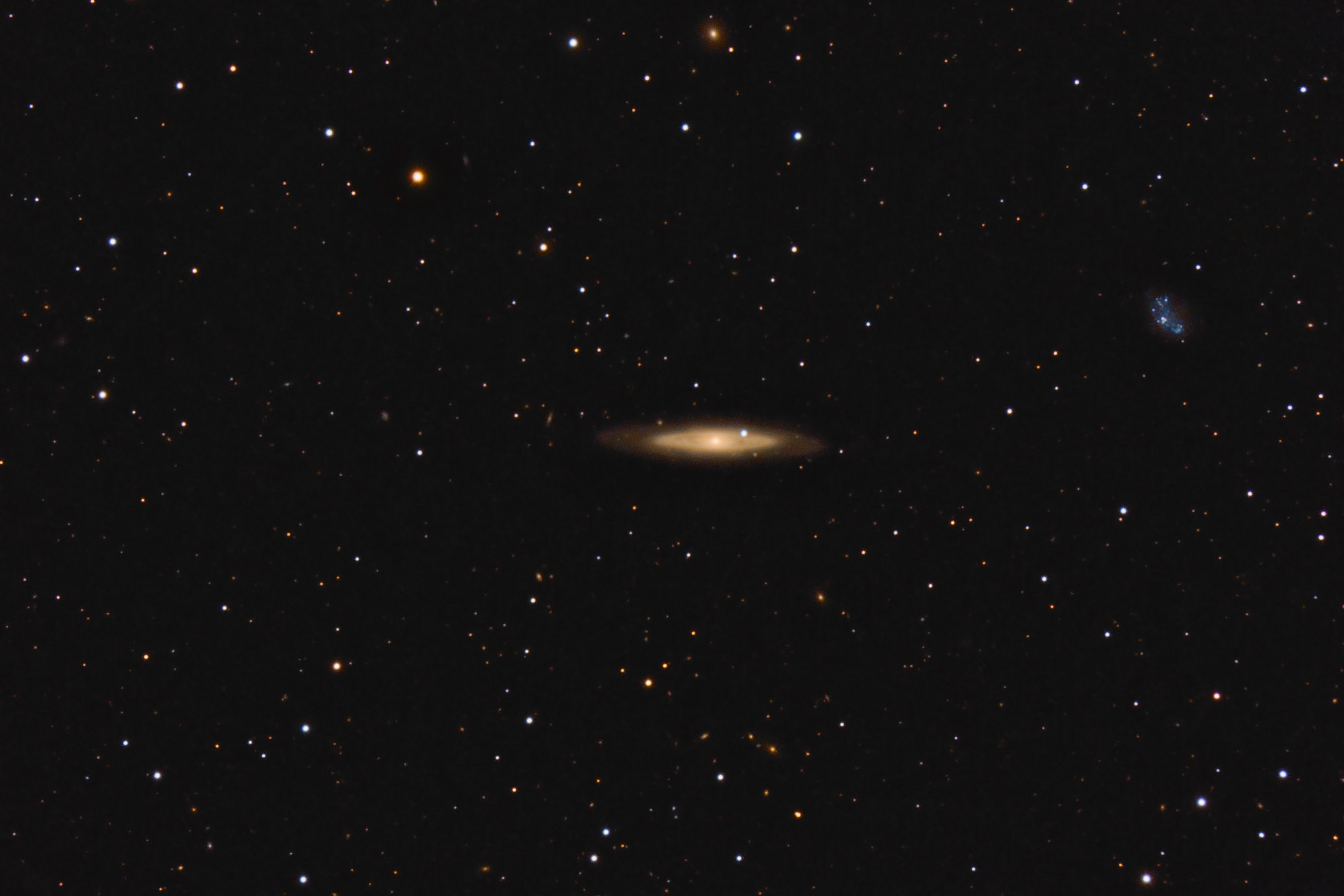 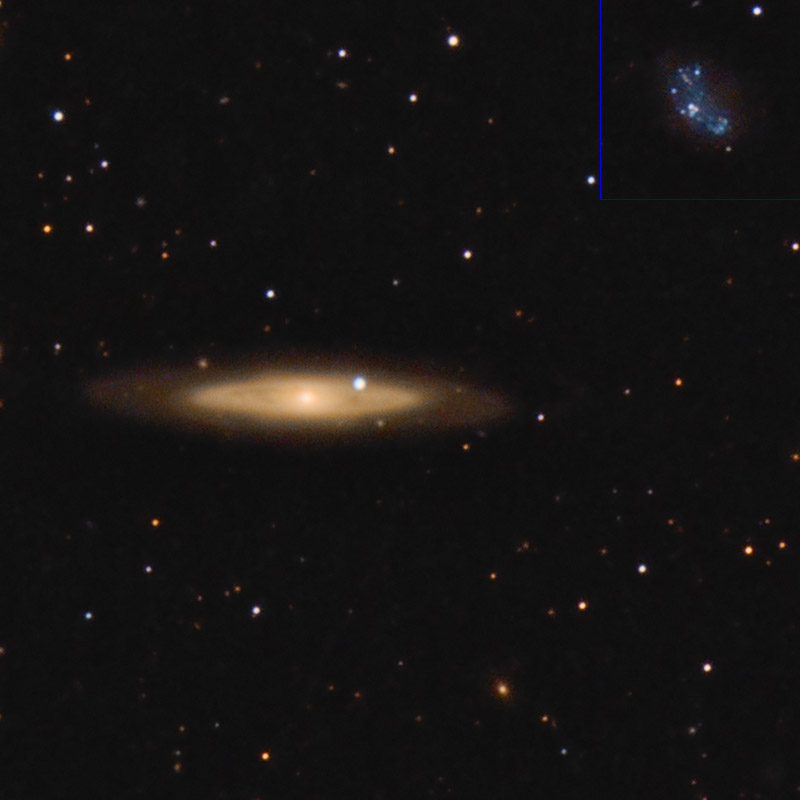 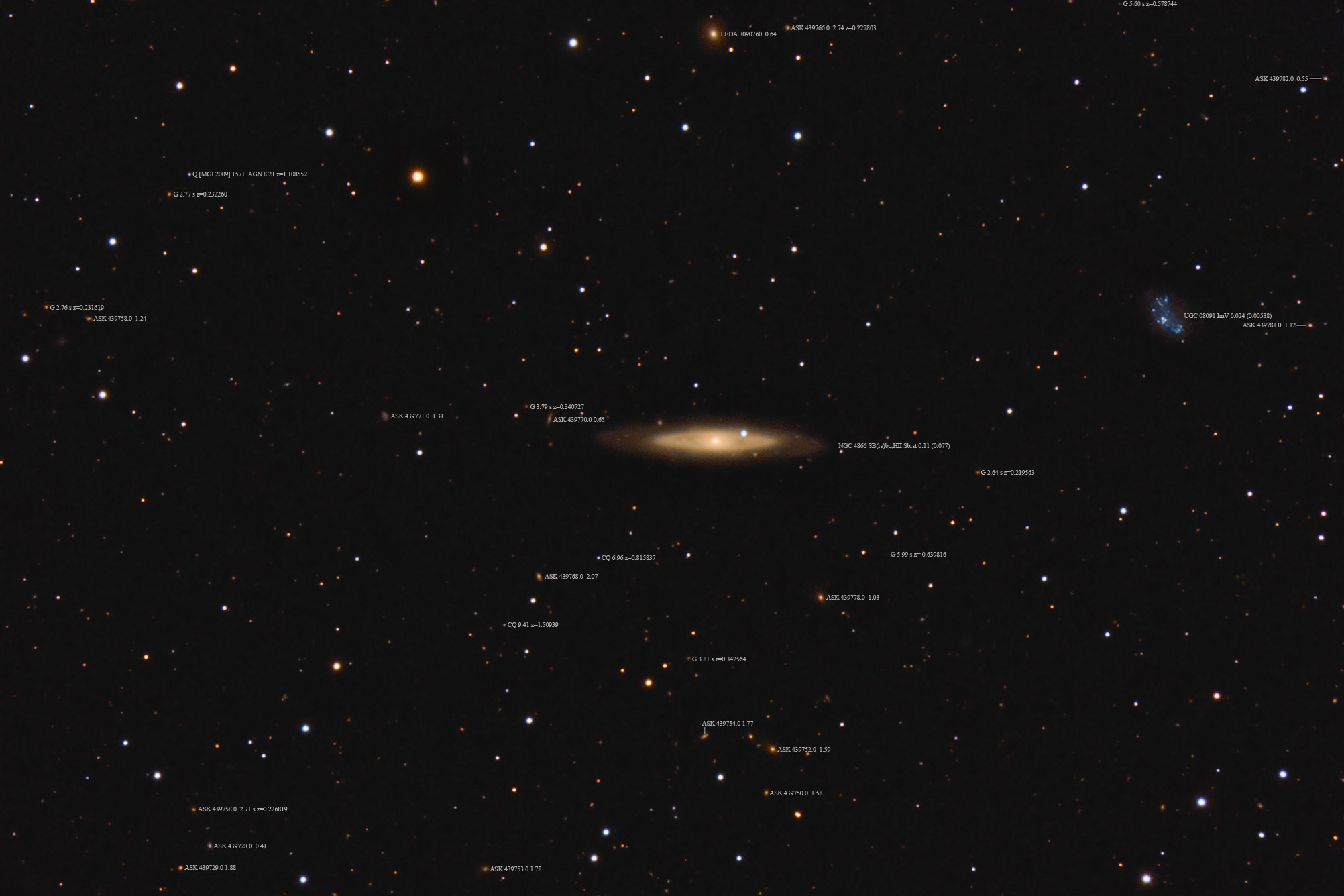