This is one of my failures. Still in keeping with posting those as well as the successes here goes anyway.

NGC 5068 is a face on, nearby spiral galaxy in southern Virgo. Redshift measurements are rather inaccurate for nearby galaxies. Using other methods NED comes up with a distance of 20 million light-years while others like Wikipedia say 22 million light-years. The galaxy has a lot of HII regions and O stars that are bright enough I should have picked them up but that didn\'t happen but for one HII region. The galaxy was discovered by William Herschel on March 10, 1785. It is in the second Herschel 400 Observing Program of the Astronomical League.

The galaxy is at 21 degrees south, 6 below my usual cutoff declination. On really good nights I can catch some detail this low. Unfortunately while the night started out fairly decent I started with color data when it was lowest but as it approached the meridian seeing kept getting worse so my usual tactic of capturing luminance nearest the meridian backfired with the red data taken lowest in the sky the best. Also transparency, never good this low, also went down hill so it doesn\'t go as deep as I normally do. This one is in dire need of a retake if seeing ever allows it. Stars are elongated due to atmospheric dispersion this low in the sky. It was made worse by the deteriorating seeing.

For a HST image of the galaxies central region see: https://en.wikipedia.org/wiki/NGC_5068#/media/File:NGC_5068_HST_Wiki.jpg

The bright asteroid is 13th magnitude (247) Eukrate. It is most likely a carbonaceous asteroid. Radar data shows it to have a diameter of 83 ± 9 miles. It was discovered by Robert Luther on March 14, 1885. It is named for a sea nymph of Greek mythology. 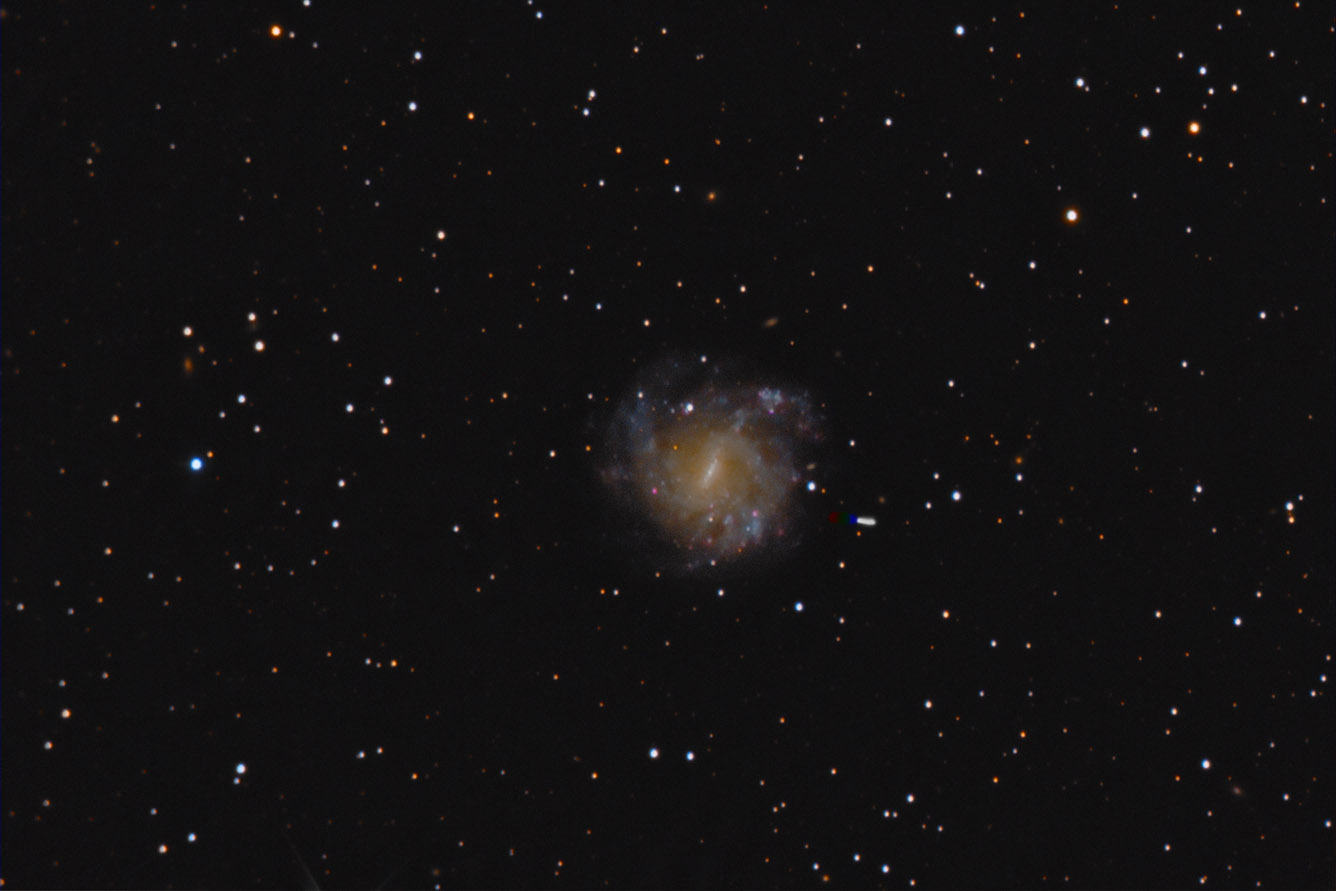 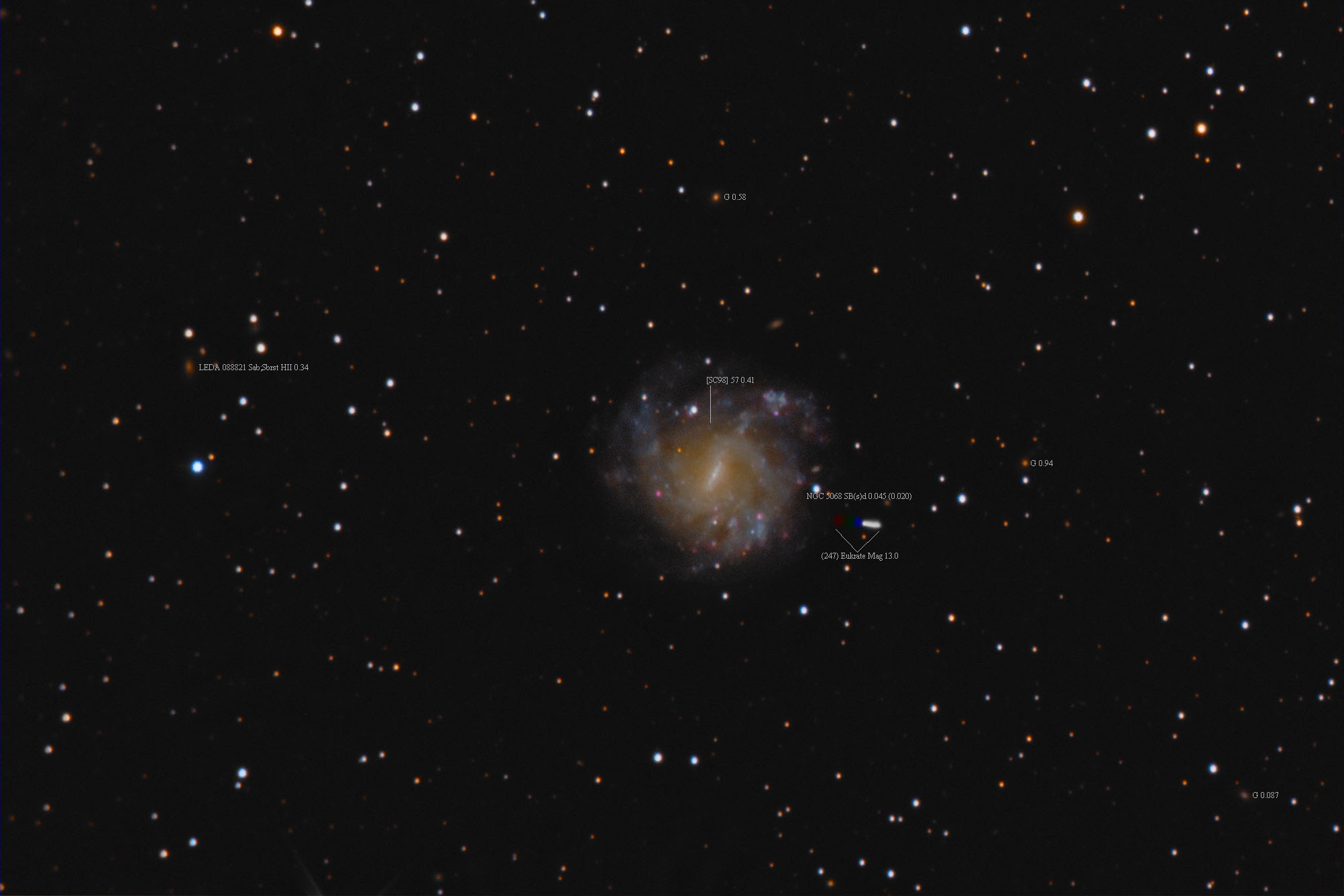