NGC 5201 is a very strange, huge galaxy in Ursa Major between the last two stars in the handle of the Big Dipper. Redshift measurements put it some 400 million light-years distant. Its huge arms or plumes spread out to cover a width of about 225,000 light-years. NED classifies it simply as S? Oddly no one seems to tack on a peculiar label. Arp didn\'t include it in his Atlas of Peculiar Galaxies either. Though the NGC Project says under Catalog Notes that it is peculiar. The UGC says: \"Complex spiral pattern in center region, 2 smooth asymmetric outer arms. No disturbing object visible.\" NED, on the other hand, lists a brightening in one arm or plume as a galaxy. A red starlike feature southeast of the core as a galaxy and a blue starlike object just a couple seconds of arc further southeast as either a star, a galaxy and a rejected candidate quasar. All have redshifts that put them also about the distance of NGC 5201 though two are simply friend of a friend determinations which basically assumes them to be about the same distance. Only the blue starlike object has a spectroscopic redshift.

While I found nothing to back this up, to me it appears these odd \"spiral arms\" may be the remains of galaxies it has or is cannibalizing. Possibly the two close objects to the southeast are the remains of two it\'s eating. The red object on the northwest side of the core is just a field star in our galaxy and not at all involved with NGC 5201.

It has many \"tiny\" companions in the area. While they look tiny they are actually of reasonable size, only their great distance and the presence of the gigantic NGC 5201 make them seem small. The S0-like or edge on spiral to the west is really over 40,000 light-years across. MCG +09-22-070 at the top of the image is a very normal sized spiral galaxy at a bit over 72,0000 light-years in diameter. ASK 241237.0 and ASK 241235.0 also companions are 27,000 and 29,000 light-years across. By my speculation, it is galaxies like these two that have been cannibalized by NGC 5201 accounting for it plumes.

For some reason, I took three blue frames rather than my normal two. 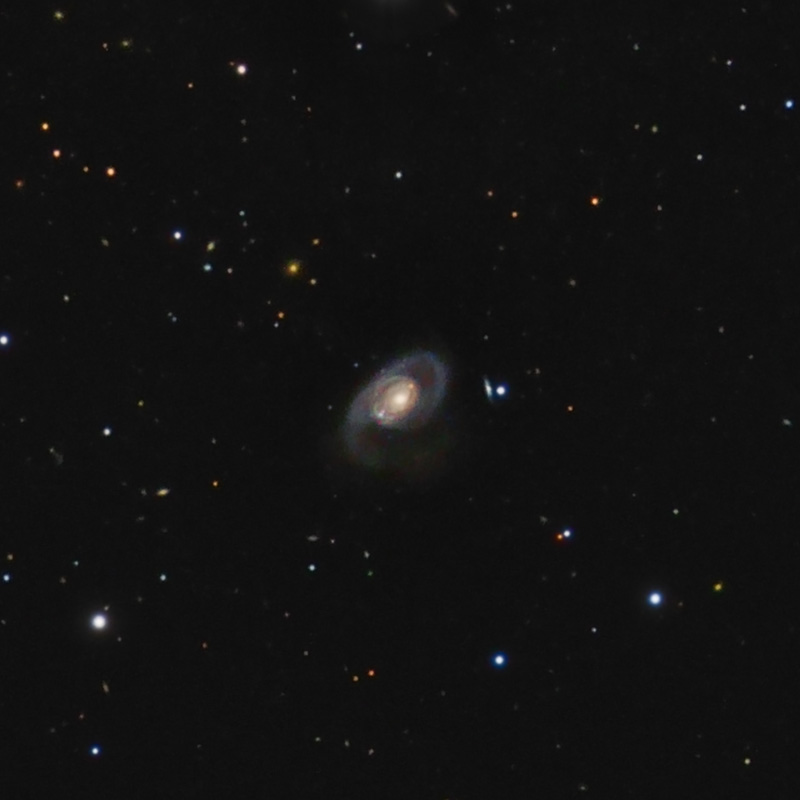 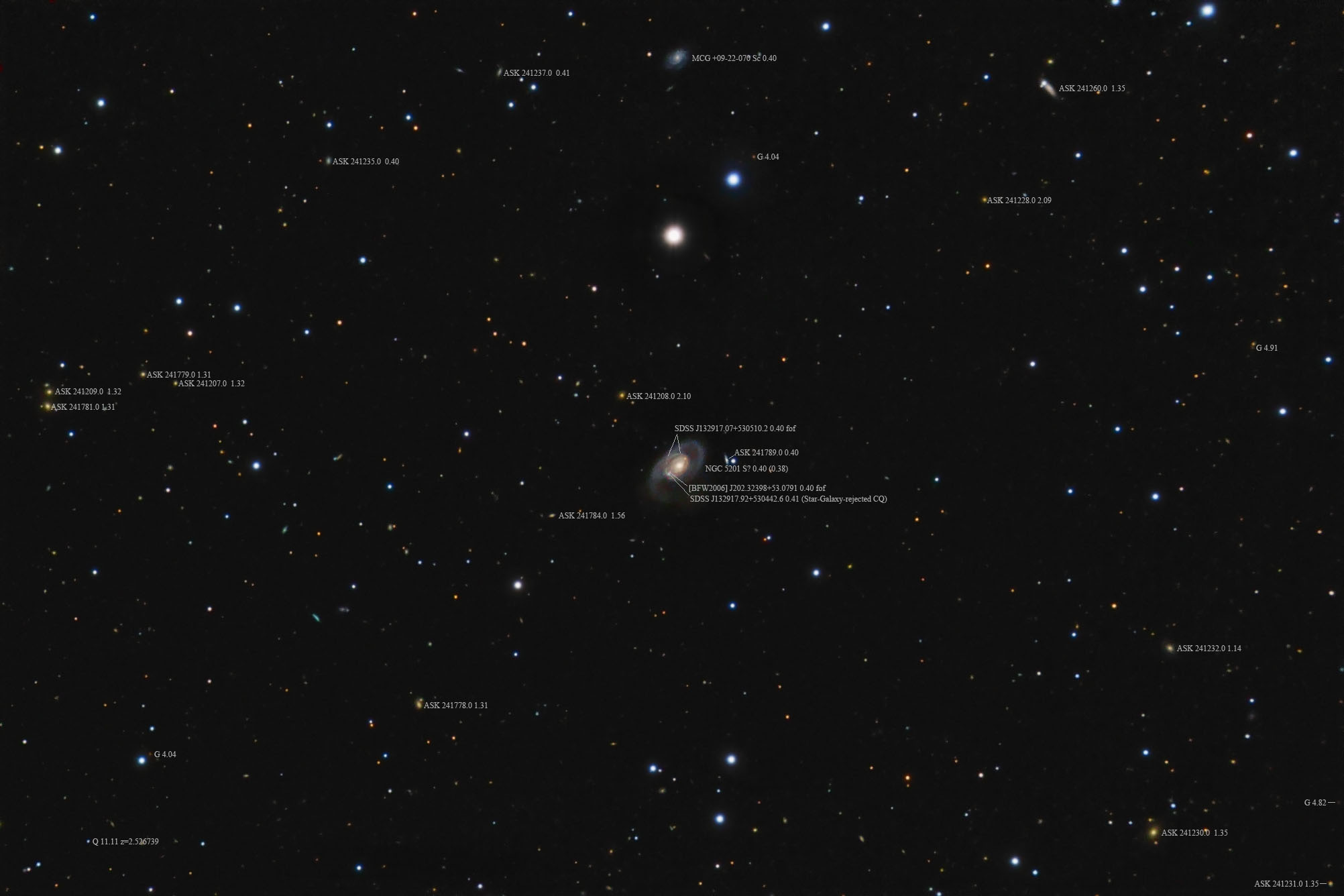 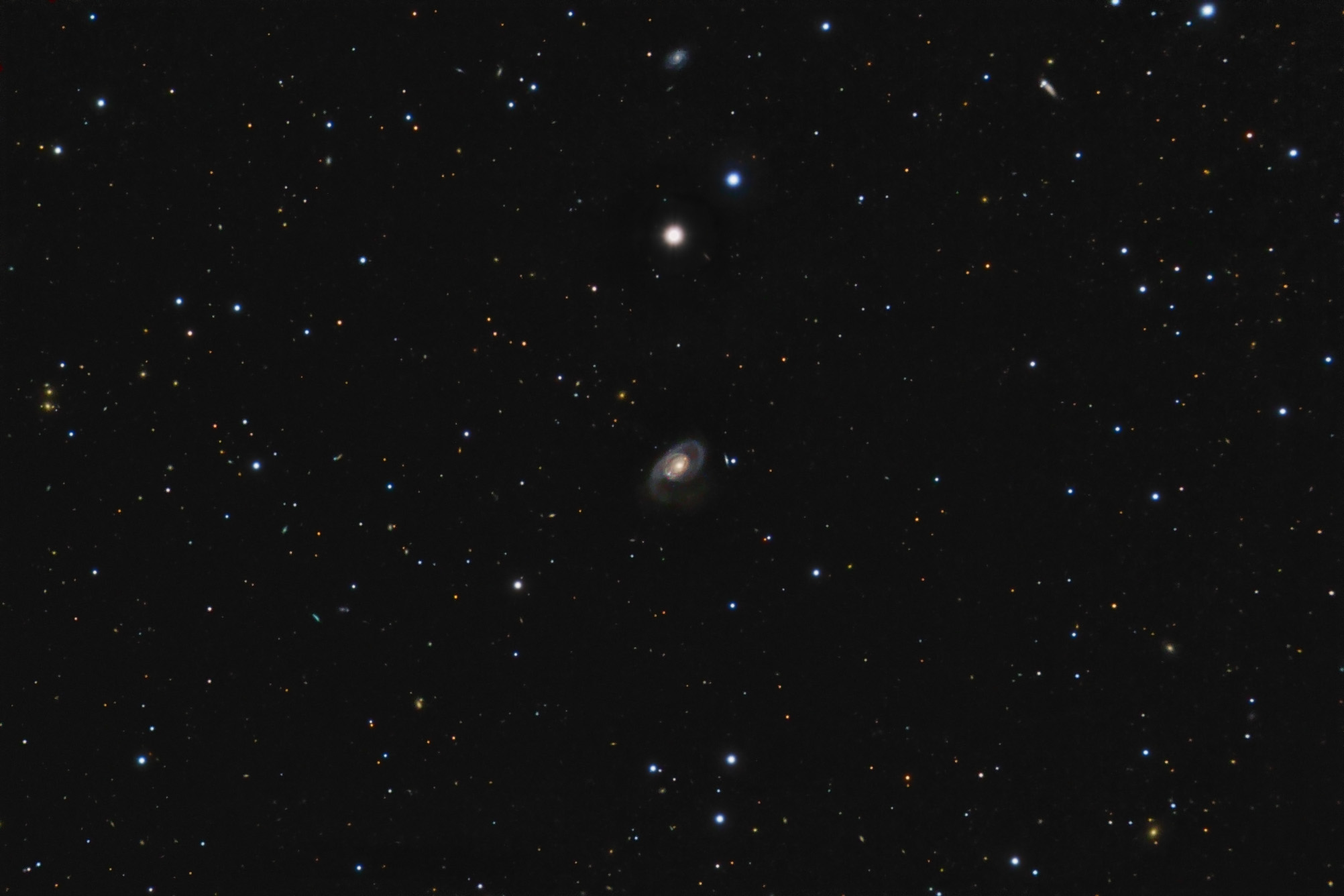