NGC 5256/Mrk 266 is a pair of colliding and merging galaxies. Their stars have been thrown about all over the place creating a field of plumes around the two cores of what were likely spiral galaxies prior to the collision. The mess stretches over at least 220 million light-years in my image assuming a distance of 350 million light-years. It is classified as simply peculiar by NED. The southwest galaxy is listed as being a Seyfert 2 galaxy while the other is LINER. The entire mess is listed as a starburst galaxy as well as a Luminous InfraRed Galaxy. The NGC project, however, classes it as Sab/Pec. Redshift puts the galactic mess at 390 million light-years, but the HST has shown it to be more likely 350 million light-years distant. It is located in the southeast corner of Ursa Major only 1.75 degrees northwest of the far more famous interacting pair of galaxies known as M51. The object was discovered by William Herschel on May 12, 1787. It is too small and faint to appear in either of the Herschel 400 observing programs. For more on it see the HST image and text at: http://www.spacetelescope.org/images/heic0810bn/ It is a false-color image made from a blue filter near the Ultraviolet band and a near IR image so the colors won\'t match mine. For a lot more on this galaxy see: https://www.noao.edu/meetings/bbh/files/2012NovTucson_Mrk266_Mazz.pdf Coverage of NGC 5256 starts about page 16.

What is interesting is that there is a second pair of interacting galaxies seen through the western plume. It is just a blob in my image but shows rather well in the HST image. I find nothing listed at that position in NED or SIMBAD. The HST page doesn\'t even mention it either. 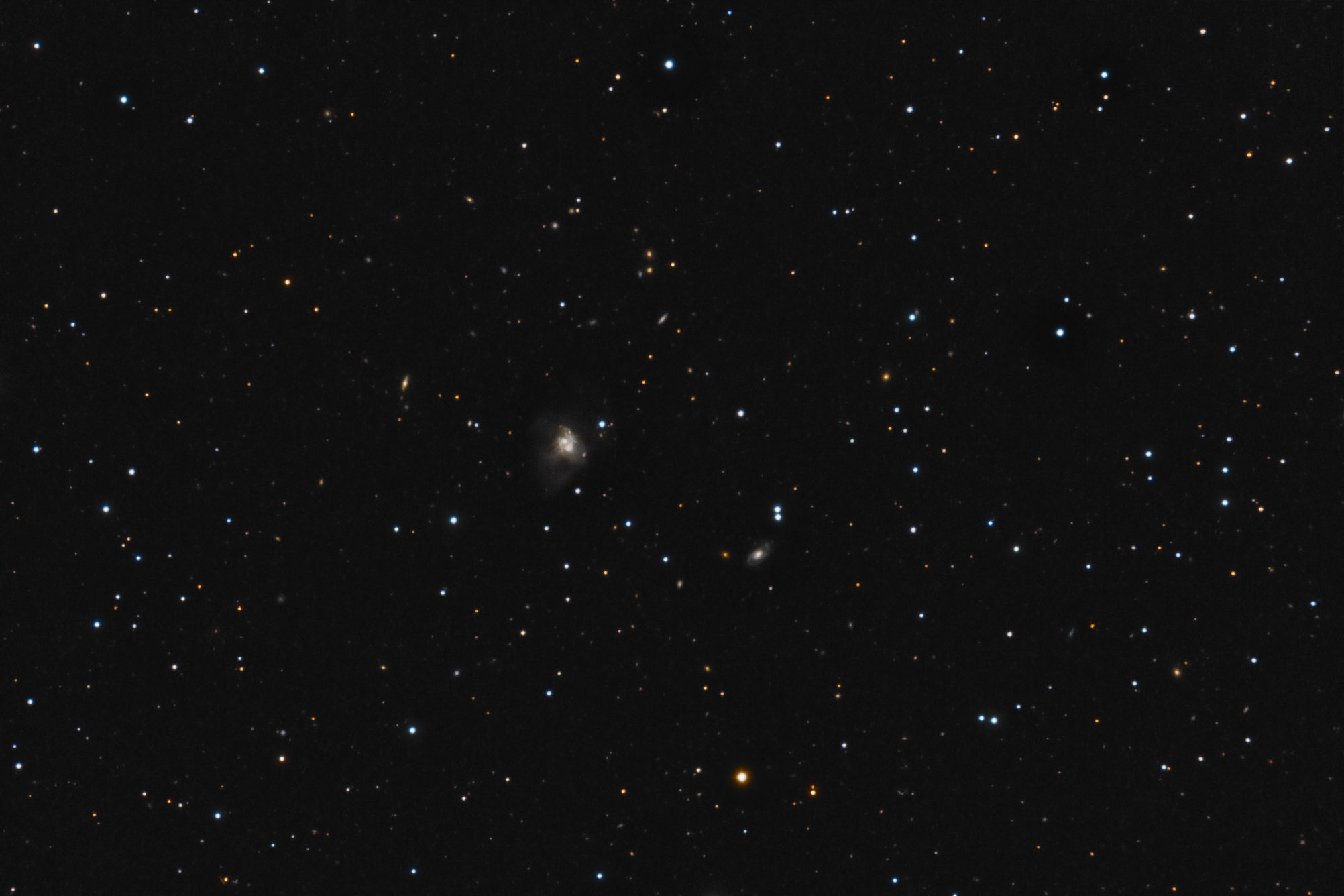 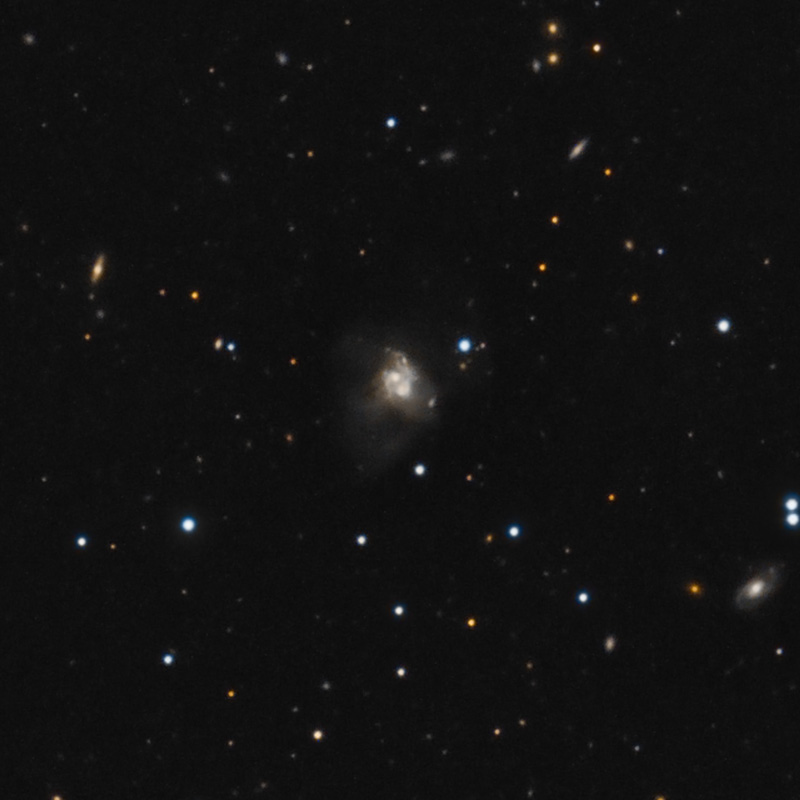 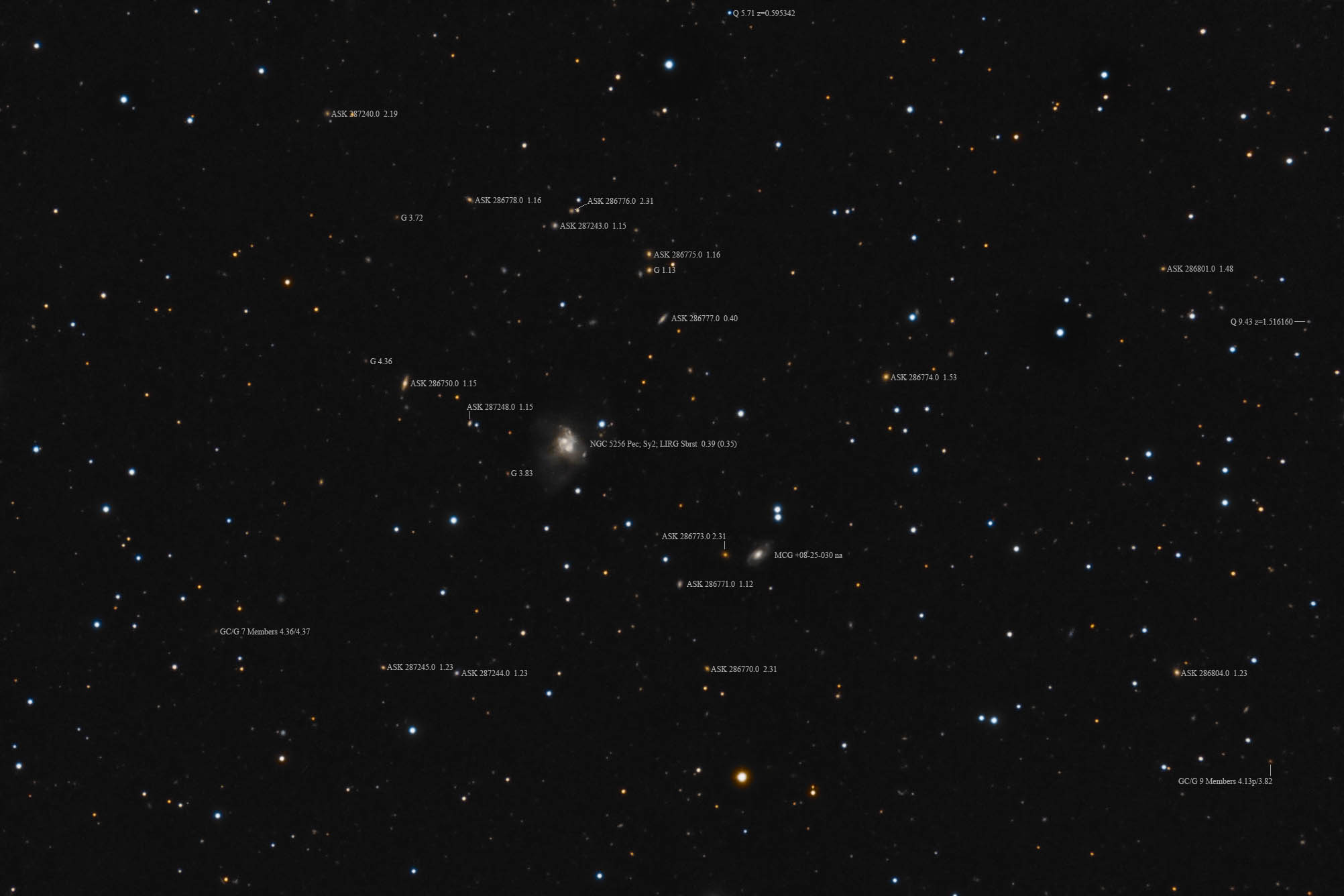