NGC 5300 is a rather low surface brightness, slightly barred spiral in Virgo about 67 million light-years from us by redshift and 75 million light-years by the median of Tully-Fisher measurements. NED classifies it as SAB(r)c spiral. Its structure consists mostly of arm segments rather than a classic grand design spiral. The segments contain many bright blue star clusters. It has no companions in my frame with all the other galaxies being much more distant so it sits rather lonely in a constellation normally thought of as jam-packed with galaxies. It was discovered by William Herschel on February 2, 1786 but isn\'t in either of the two Herschel observing programs. Assuming the distance is 67 million light-years its diameter is about 74,000 light-years. A respectable size for a spiral galaxy.

I wish seeing had been better. Weather is just not cooperating this fall and winter. Conditions went south on me during this one and I missed one red and one green. A few days later I managed to get the red frame but the weather never did allow a second green. The one had no satellites which made it reasonable to proceed to process it anyway.

Even though this field isn\'t all that far from the ecliptic I only picked up one very faint asteroid on the very eastern edge of my field. It was moving nearly due north in prograde motion. I apparently caught it as it was moving from retrograde motion as we passed it to normal prograde motion. While the Minor Planet Center puts its magnitude at 18.9 it appears far fainter than that. I know the night wasn\'t all that transparent and seeing poor but it is more like 20th magnitude in the image. In fact, I almost missed it. Normally when imaging this close to the ecliptic I pick up quite a few asteroids so catching only one is rare.

Objects labeled CQ are candidate quasars (to a radio amateur like myself CQ has an entirely different meaning which confuses my brain something awful) that NED seems to feel will turn out to be quasars as that is how they were labeled in the page of all galaxies in the image. But when you look it up its listed as a candidate. They also list some as stars on the first page but as candidate quasars on the individual page. A \"p\" after the redshift look back time means it was determined photographically. It\'s possible for a star to have a color cut off that mimics that of a distant quasar and thus fool a photographic redshift. This is one reason they are still listed as candidates. 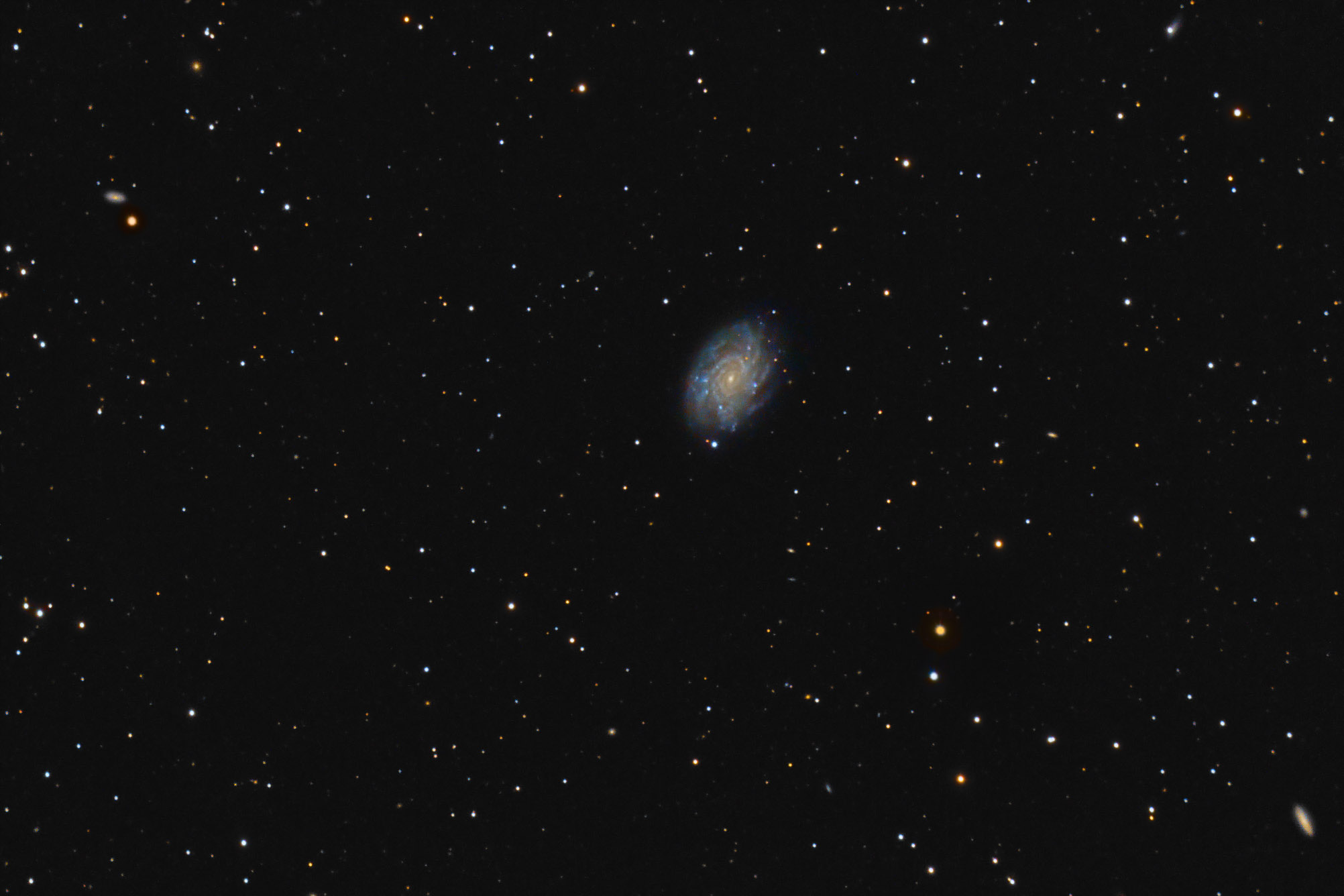 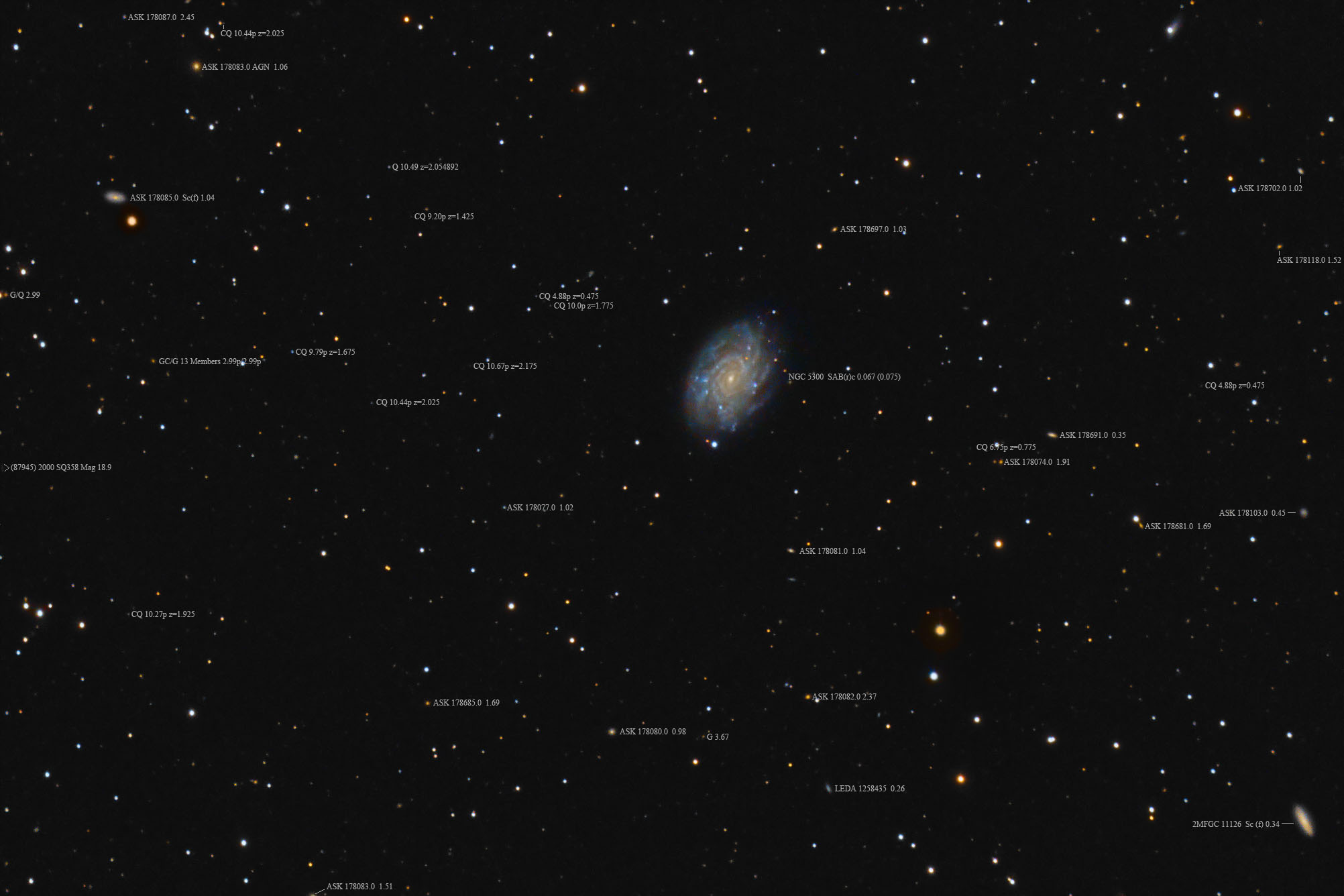