The \"largest\" galaxy in the image is NGC 5351 at about 170 to 180 million light-years. It is a nice Sb type spiral with a pseudo-ring and an interesting faint outer region to the north. It was discovered by William Herschel on May 16, 1787 though isn\'t in either of the Herschel 400 observing lists. NED lists what looks to me like a star cloud in one arm as a separate galaxy. In the Sloan image, it does appear nearly perfectly round while the other blue objects in the arm are elongated. It has a similar redshift. I suppose it is possible it is the remaining core of something NGC 5351 is digesting but I favor it just being a star cloud being so centered in the arm like the other blue knots. It is some 140,000 light-years across so a rather large spiral.

To its southwest is NGC 5349. This one appears smaller but being half again more distant it is really much larger at 183,000 light-years. It is seen rather edge on but its barred structure is obvious. It was discovered by J. J. Mitchell working for the Earl of Rosse. The NGC project credits the Earl with its discovery though it appears he just took credit for his assistants\' discoveries.

Further southwest is NGC 5341. This nice spiral lies at about the same redshift and thus likely distance as NGC 5351. It is only about 86,000 light-years across. Still a very respectable size for a spiral. NED lists it as an S? spiral while the NGC project says SBd a rather surprisingly large discrepancy. Like NGC 5349 the NGC project credits its discovery to the Earl of Rosse while it was likely discovered by R. J. Mitchell. He found both on the night of March 24, 1857.

In all the years (over 9) I\'ve used the Paramount I\'ve never had to throw out a frame due to a tracking issue until this image. One red frame showed a faint second image of brighter stars about 3 seconds of arc to the southeast. Since this was not guided and I wasn\'t around (well I was but sleeping) I don\'t know what happened. I guess one out of over 15,000 frames isn\'t a bad percentage but I\'d like to know what happened. I see no trail between the two images though for those bright enough to have trailed in a fast move it would be lost in the glare. It appears about 1% of the light is in this second image, just enough to show up in the bright stars. I threw out the frame as the single good red frame still gave me good color. 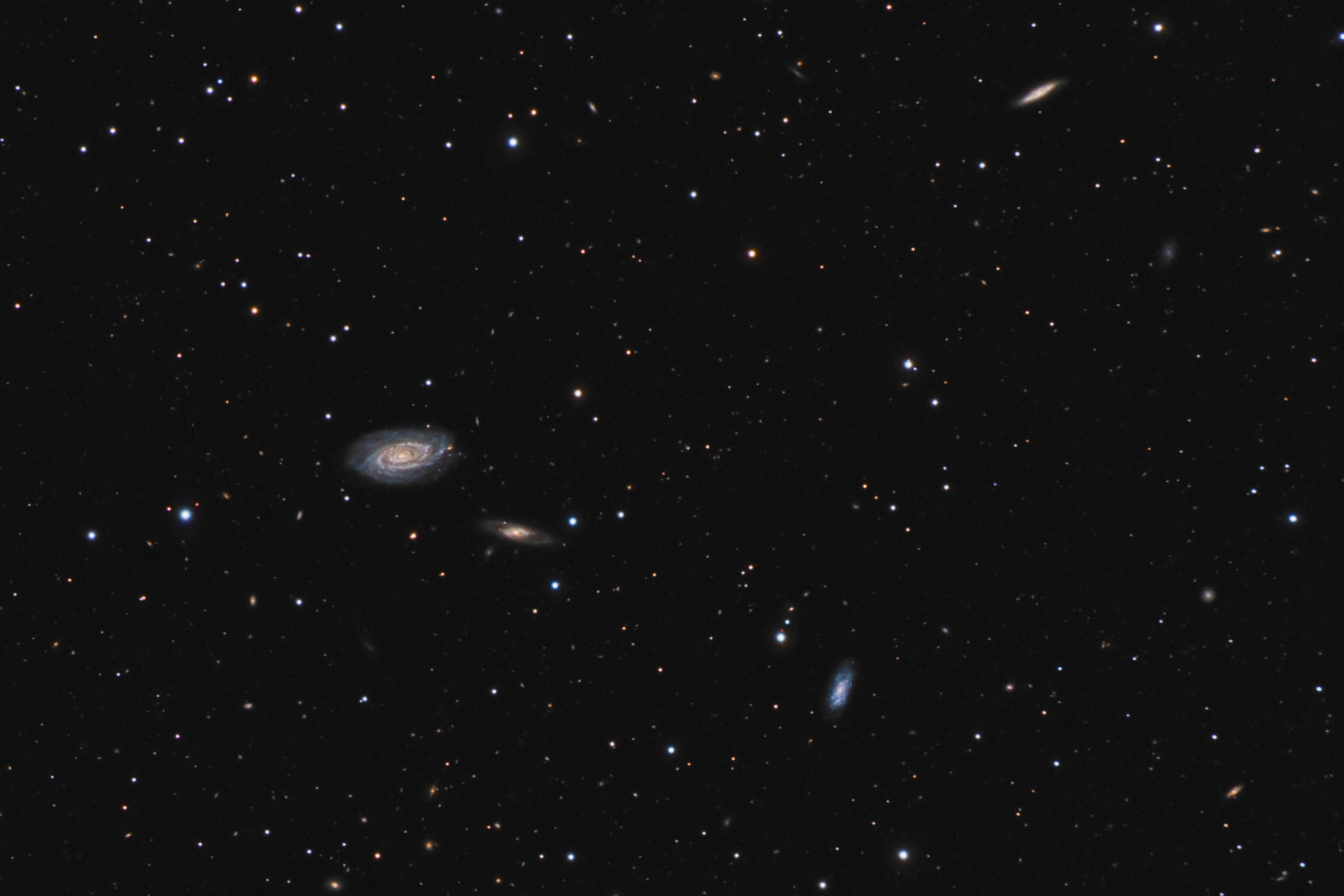 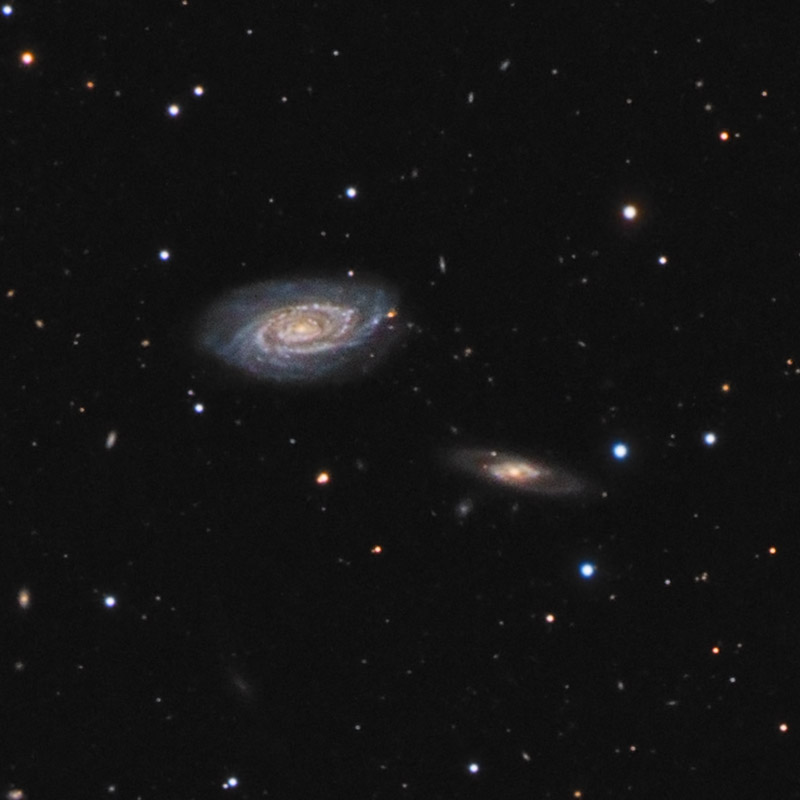 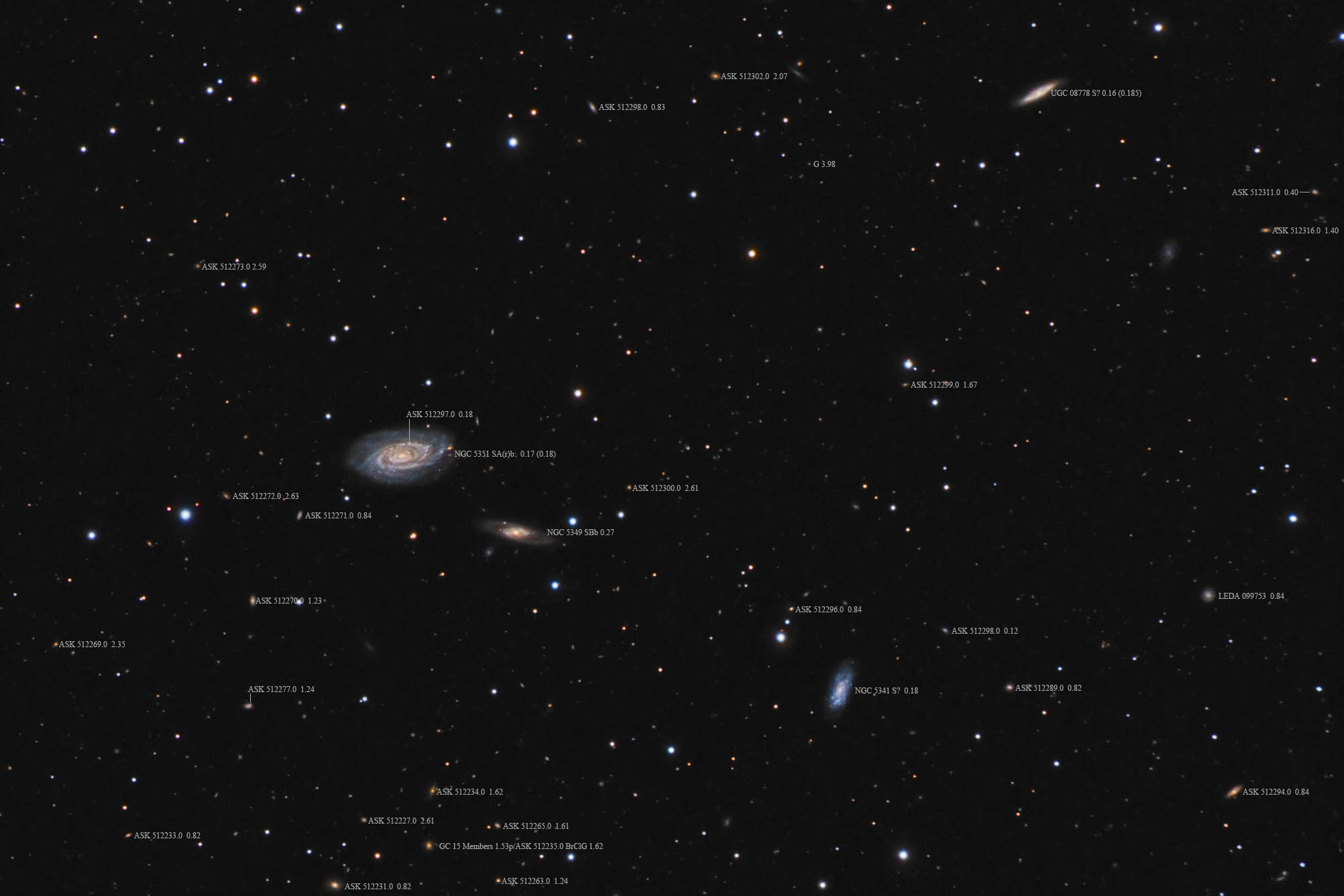