NGC 5448 is an interesting spiral in the southeast corner of Ursa Major. Redshift puts it 100 million light-years distant though Tully-Fisher measurements average out to about 120 million light-years. A rather good agreement actually. Assuming the 100 million light-year distance it is about 120,000 light-years in diameter making it a rather large spiral. NED classifies it as (R)SAB(r)a with and having an AGN (Active Galactic Nucleus). The NGC Project disagrees say simply it is SBb. It has a faint outer disk beyond a bright ring-like feature created by its spiral arms that nearly overlap. To my eye, the outer disk appears warped. That may be an illusion. It was much stronger in the FITS files than when processed with color added. No papers on it that I found mentions any warp so it likely is an illusion I can\'t shake. It also has some strange dark lanes across the disk inside the ring on the south side. Looks like a tot drew them in with a crayon. It was discovered by William Herschel on May 15, 1787. It is in the second H400 program.

There are some rather interesting truly distorted galaxies in the image that I didn\'t realize were there until I started looking around the field. Southeast of NGC 5448 is ASK 401001.0 at 390,000 light-years and further southeast is ASK 401000.0 also at 390,000 light years. They both appear \"sloshed\". That is their cores are well off center. Is this due to a near collision between these two sometime in the past? Then north of these two is ASK 401014.0 at 900,000 light-years. It is a nearly edge-on disk galaxy with an oddly warped disk. The eastern side is quite curved but the western side is less bent.

My color data was severely hit by thickening clouds. Red was taken when it was rather clear but the clouds moved in on the first green. It is very weak. The second green mostly blank. The first blue was weak but usable with the last blue lost to clouds. I never had a chance to reshoot it. I mostly recreated the green channel. While I cut down the red and boosted the blue it resulted in some poor color, especially for the distant galaxies which tended to look more orange than golden. I tried to adjust for NGC 5448 and ignored what it did to the distant galaxies.

There\'s a lot of fine detail in NGC 5448 I didn\'t catch due to the seeing. If I can ever get a night for 0.5\" pixels it should really show some nice features lost to the gunk. With my large backlog of unprocessed images, I should just ignore those like the this and the last two I\'ve posted. But then most of the spring was this way so I\'d wipe out the backlog with one big delete. So I\'m processing anything I can sort of salvage. 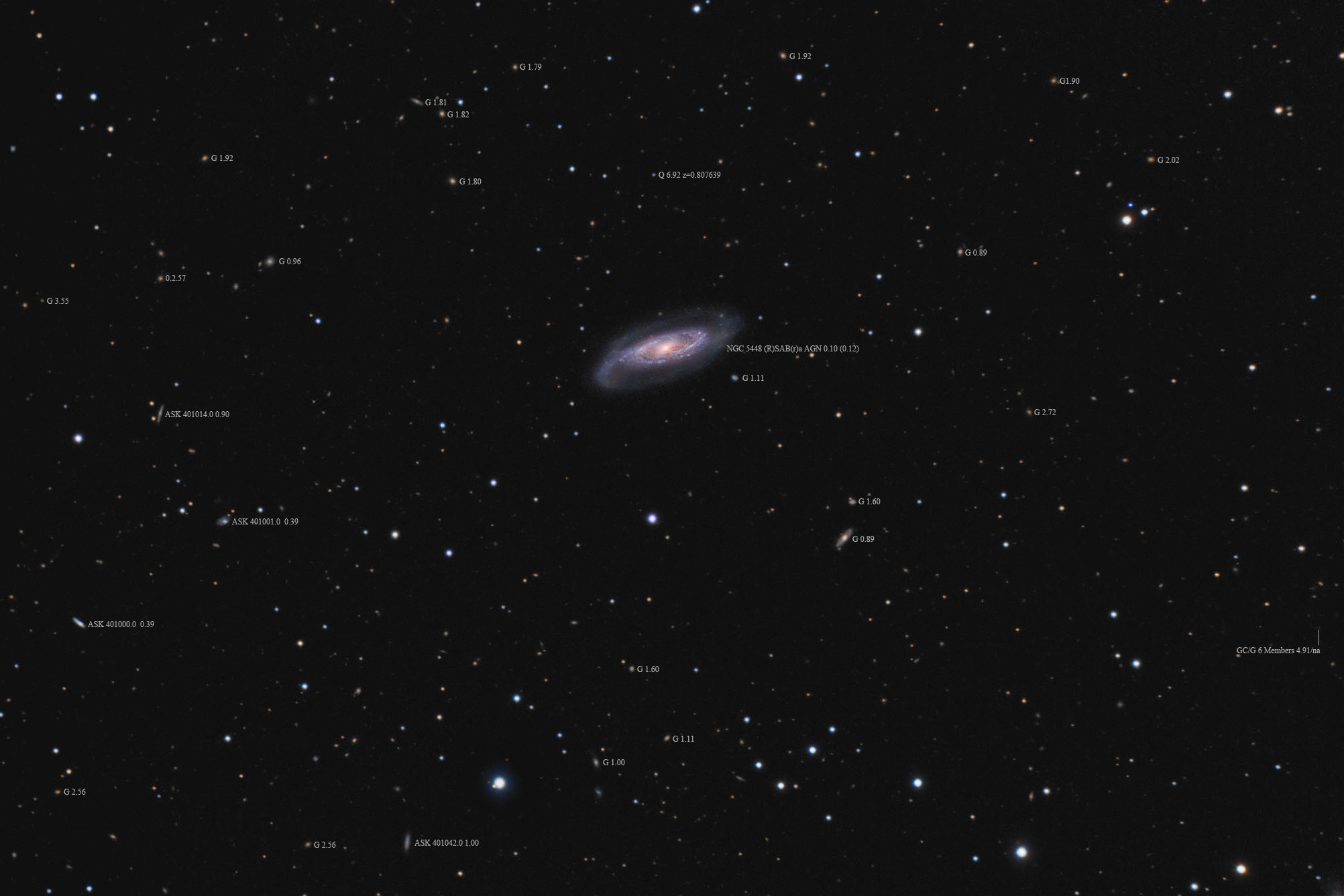 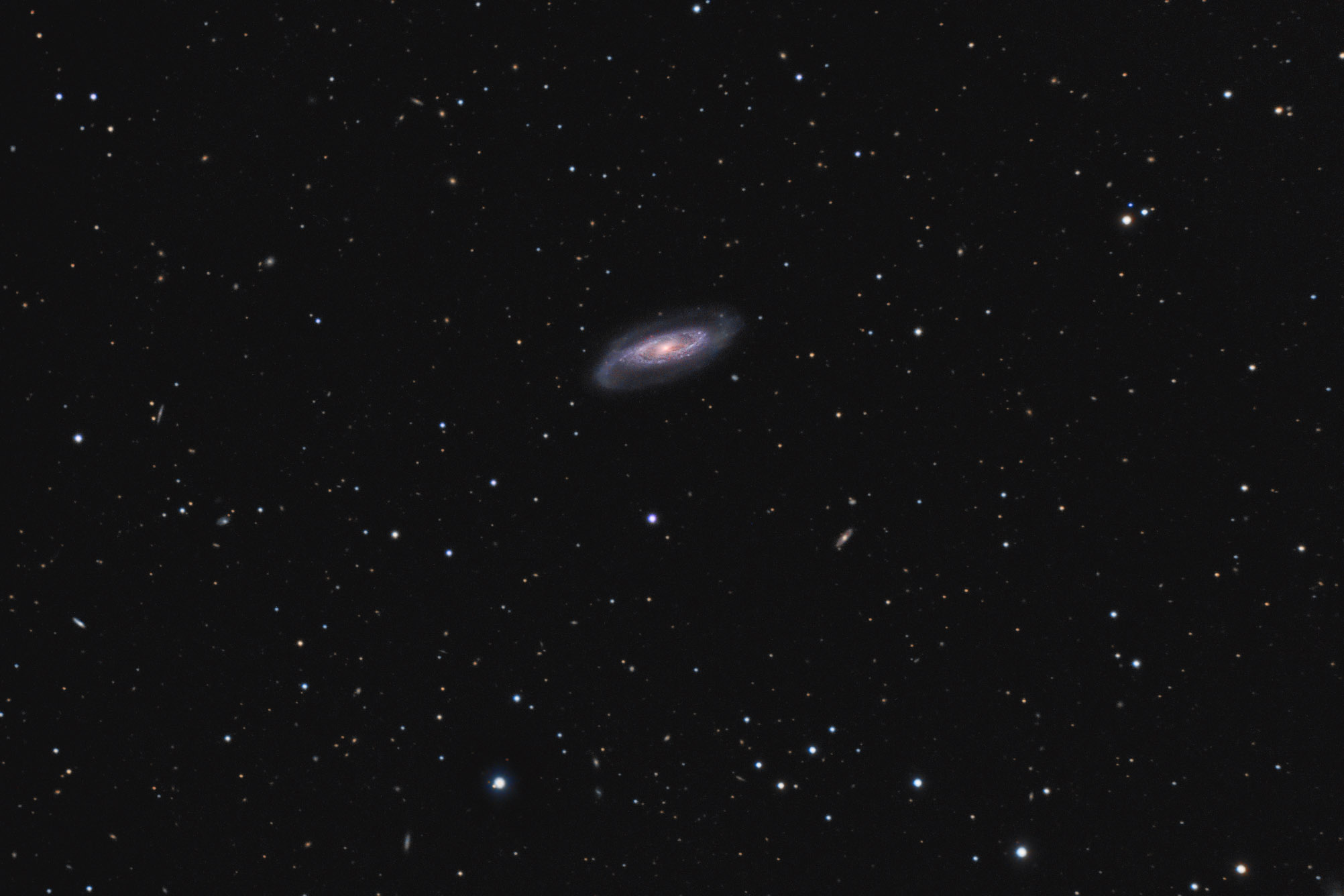 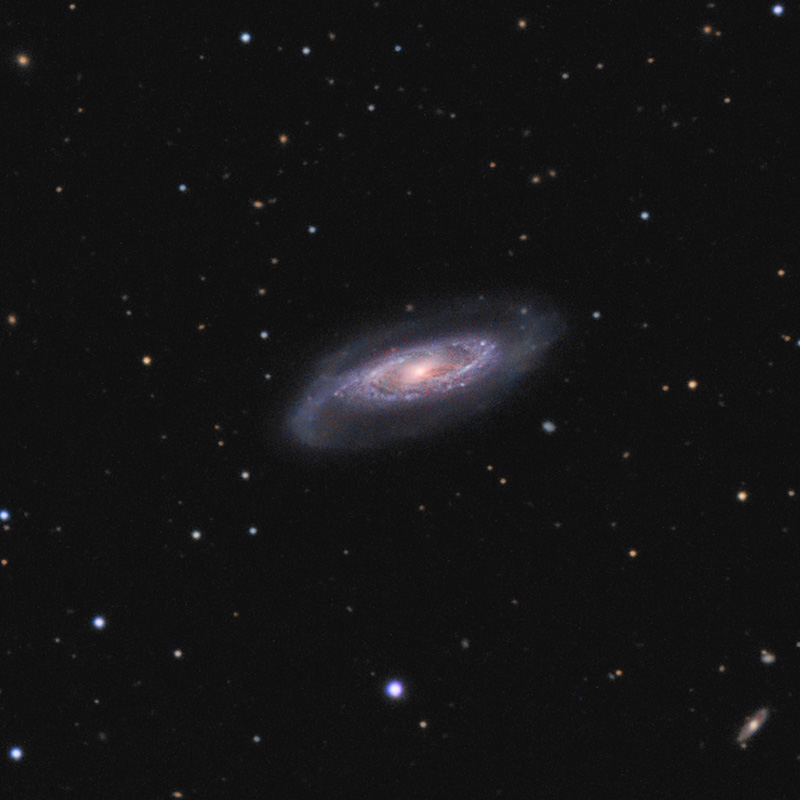