NGC 5456, like NGC NGC 5053, is a distant globular cluster that is likely being torn apart by our galaxies tidal forces. It is about 50,000 light-years distant and has a 45 degree long tidal tail of stars our galaxy is ripping away from it. The loss of stars likely accounts for its rather sparse appearance for a globular cluster though its core stars likely don\'t feel our galaxy\'s tidal forces. But if their orbit carries them to the outer parts of the cluster then they are fair game for the galaxy to steal them away. The cluster was found by William Herschel on May 17, 1784 in the constellation of Bootes. You can read about the tidal tail here: http://arxiv.org/PS_cache/astro-ph/pdf/0511/0511767v1.pdf

It is in the original H400 program. My notes with my 10\" f/5 at 120x on a fair but humid hurt night read: \"Large, very faint globular with only a hint of resolution. Evenly bright with no condensation in the center. Seems nearly round rather than oval as the preliminary guide indicates.\" It does seem slightly oval in my image to the NE and SW. Is that seen visually? 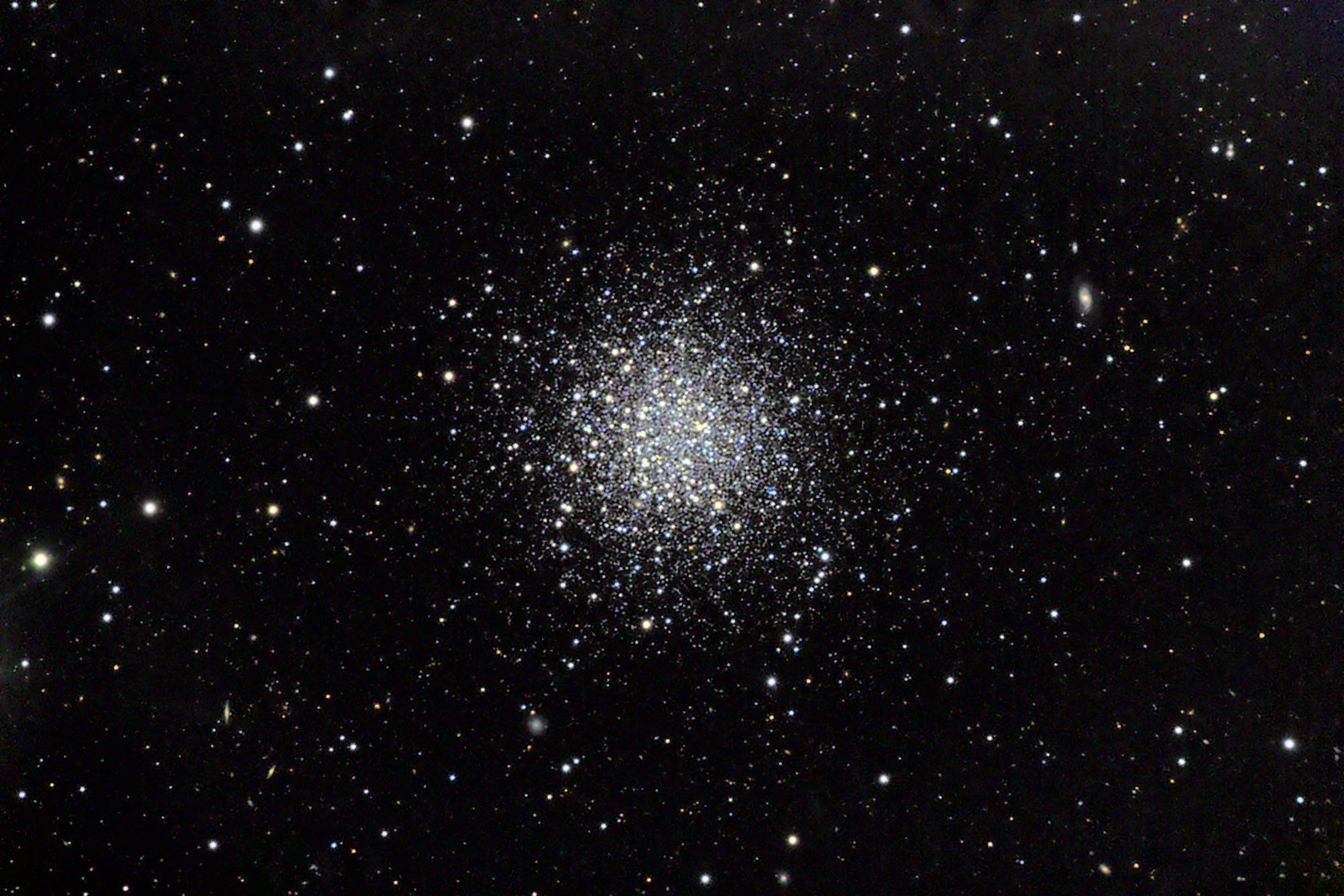