NGC 5523 drew my attention because in POSS images the core looked well off center. While it is very slightly east of center this is only a very slight offset. Turns out the POSS exposures create an illusion it is further off center than it really is due to the inner bright disk\'s center being nearly a half minute west of the core. The core is nearly centered in the entire disk. Still, it turns out to be an interesting galaxy. One paper, https://arxiv.org/abs/1611.05968 , says that while it is an isolated galaxy it has likely had many non-destructive mergers. According to the authors, it is all alone because it has merged with all its neighbors. I measure its size at about 77,000 light-years. It was discovered by William Herschel on May 19, 1784. It is in the second Herschel 400 observing program. Unfortunately, as I\'ve mentioned before my notes from that were lost in my move to Minnesota.

One galaxy south and a bit west of NGC 5523, LEDA 1729736, appears double with a bright region southwest of the northeastern part. Looking at the SLOAN image it is hard to tell if this is one or two galaxies. Neither shows a nucleus. For now, I\'m going to say it is one very irregular galaxy. Nothing else in the frame attracted my attention. 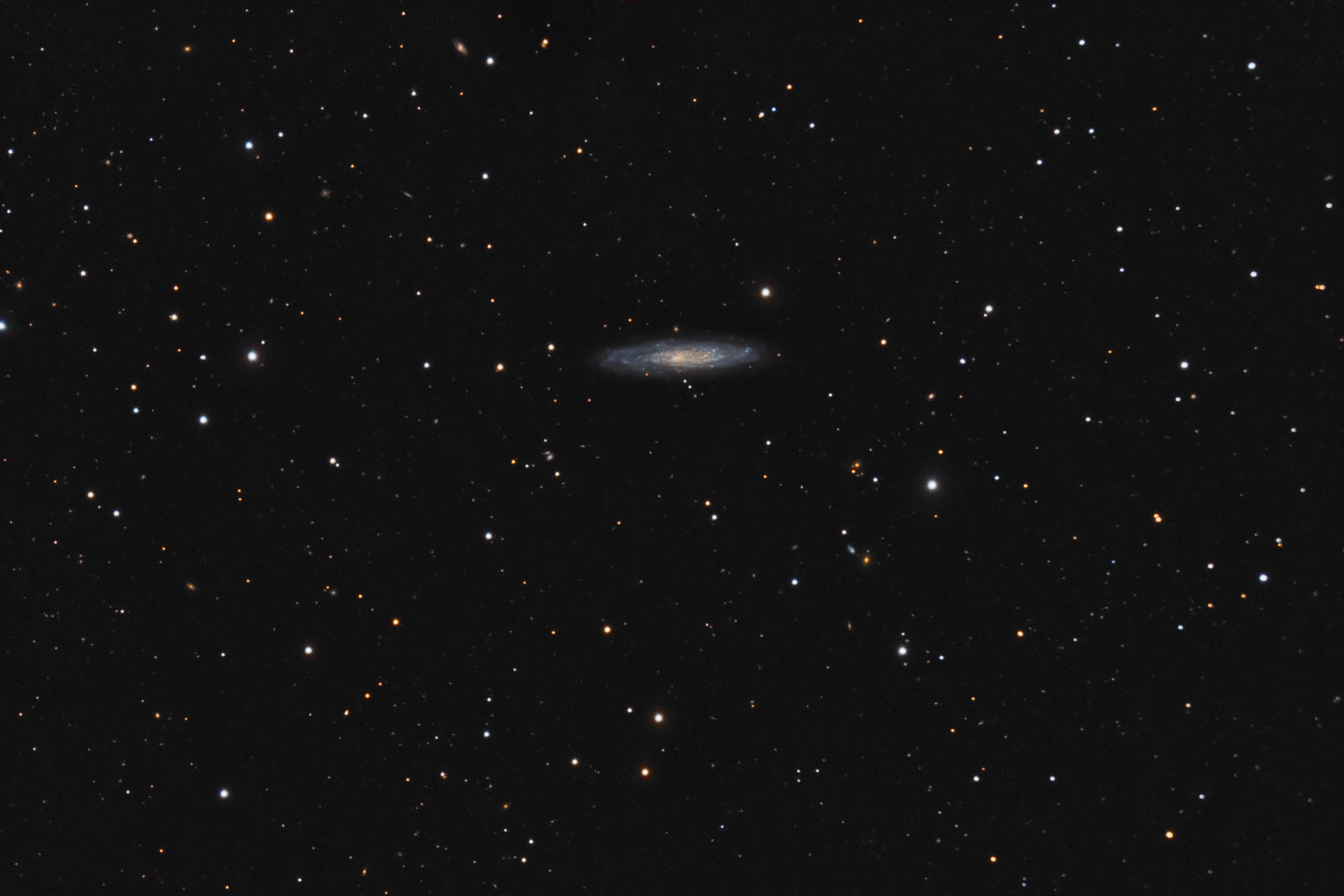 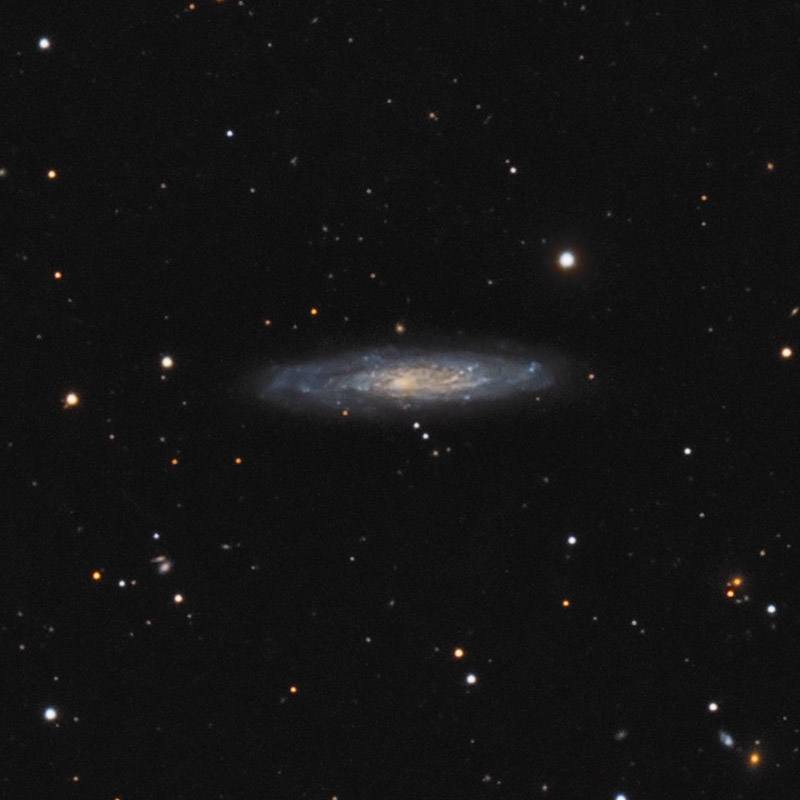 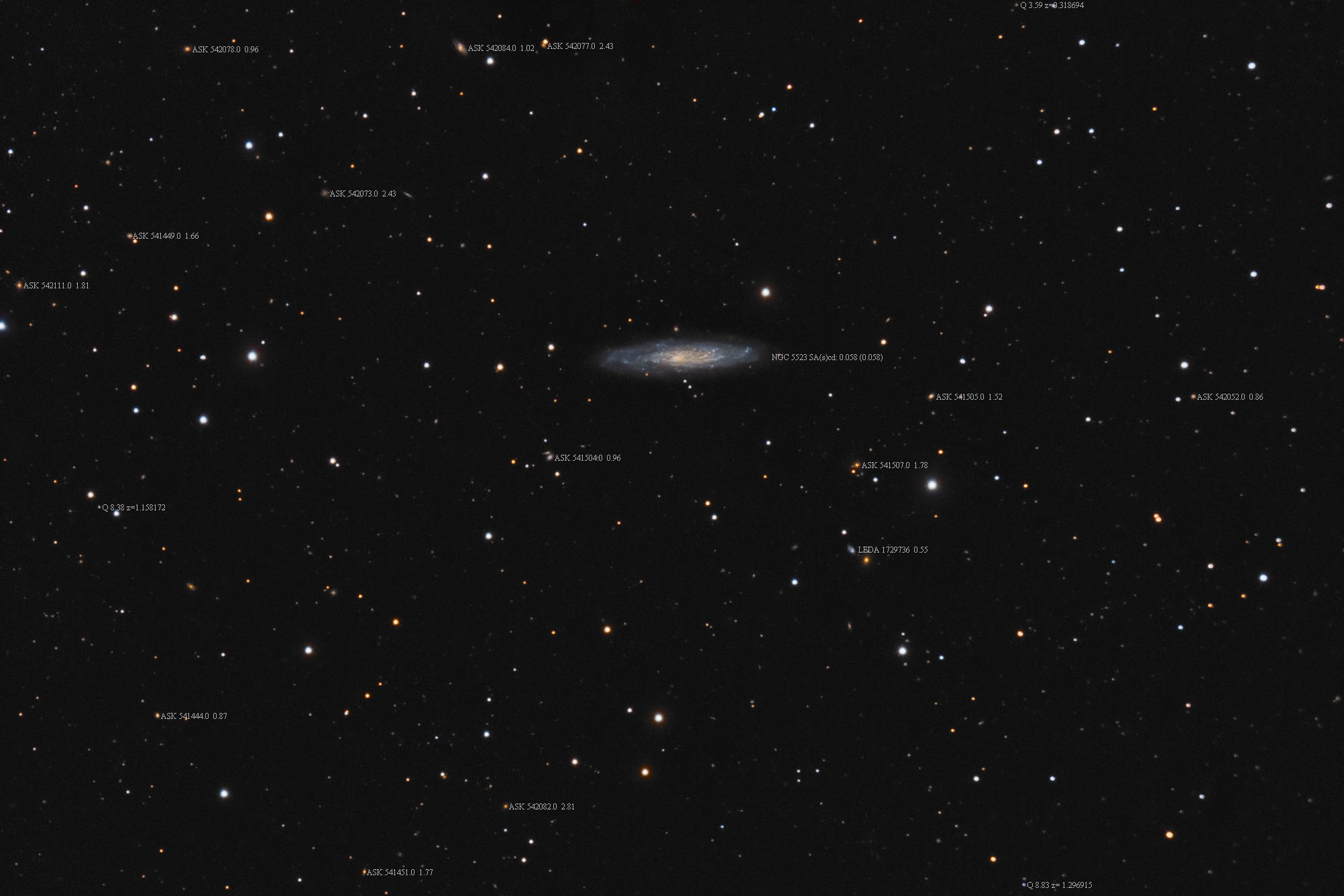