NGC 5533 is a very large spiral galaxy in northwestern Boötes. Its large size is due to a very faint outer arm structure. I was only slightly successful in picking it up as this image was plagued with the same fog that hit me earlier in the evening with NGC 4689. This cost me most of the faint detail and hit the color frames significantly. Only 1 red frame was usable, the blue and green frames were awful but it was better to use both than only one. Somehow the system kept working through the fog so I didn\'t know the harm until too late to reshoot it.

I couldn\'t find much in the way of images of this galaxy. The Sloan image shows it as very red compared to what I got. Seligman has an image of unknown origin that show it much bluer than I do. Which is right I can\'t say due to the poor conditions when I took my image. I measure its physical size at about 187,000 light-years. Others say more like 200,000 light-years. One star cloud in its extended arms can be seen beyond a star to the southeast of the galaxy\'s core. I had to stretch the image more than normal to start to show the fainter objects and extent of the galaxy. This leaves more noise than I would prefer but considering the conditions it is acceptable.

The most distant galaxy I was able to bring out is listed by NED at 7 billion light-years. I see it as a point source. It also appears as a blue star in the Sloan image. So while I left it annotated as a galaxy I am quite sure it is really a quasar. It is in the worst part of my frame for fog. There\'s a 4.8 magnitude K1III or K0III star just off the frame to the east. It created a huge glare in the fog that spilled into the entire image but was worse in this area. No way I could see a galaxy at that distance under these conditions. I\'d find it nearly impossible under good conditions. Due to the fog, I was unable to annotate many objects I would have under normal conditions. 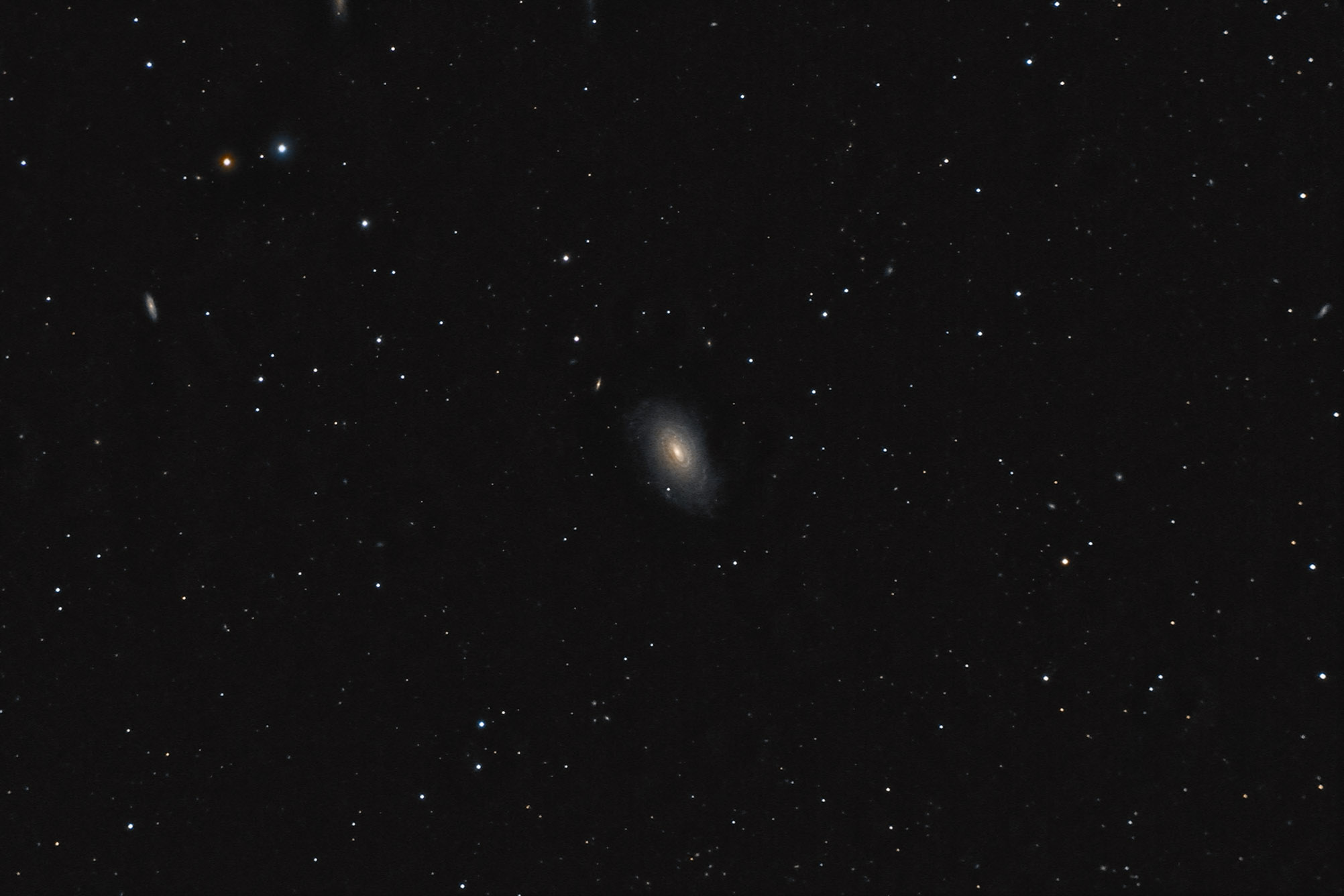 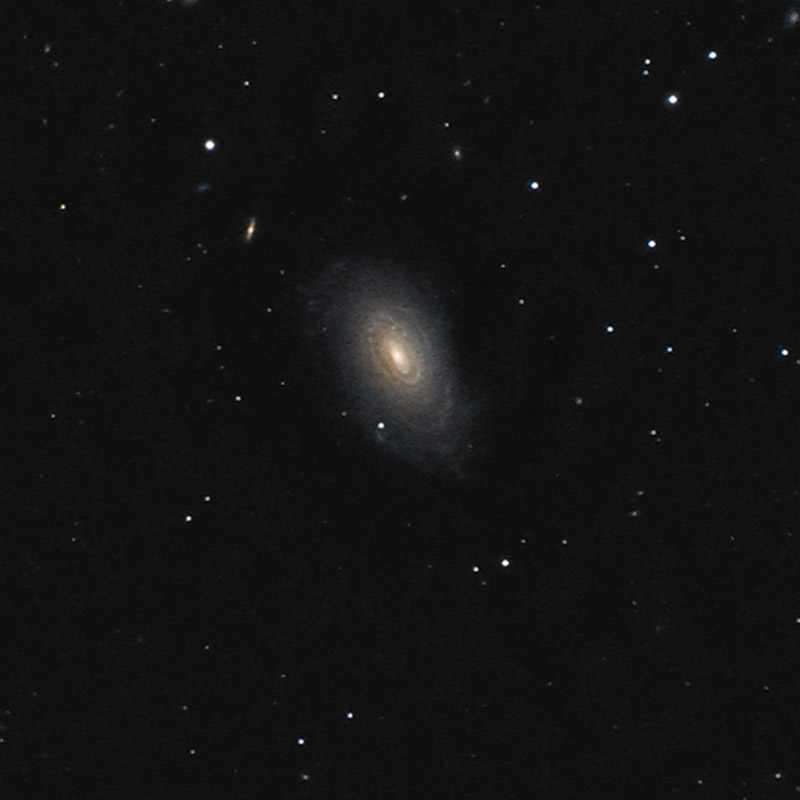 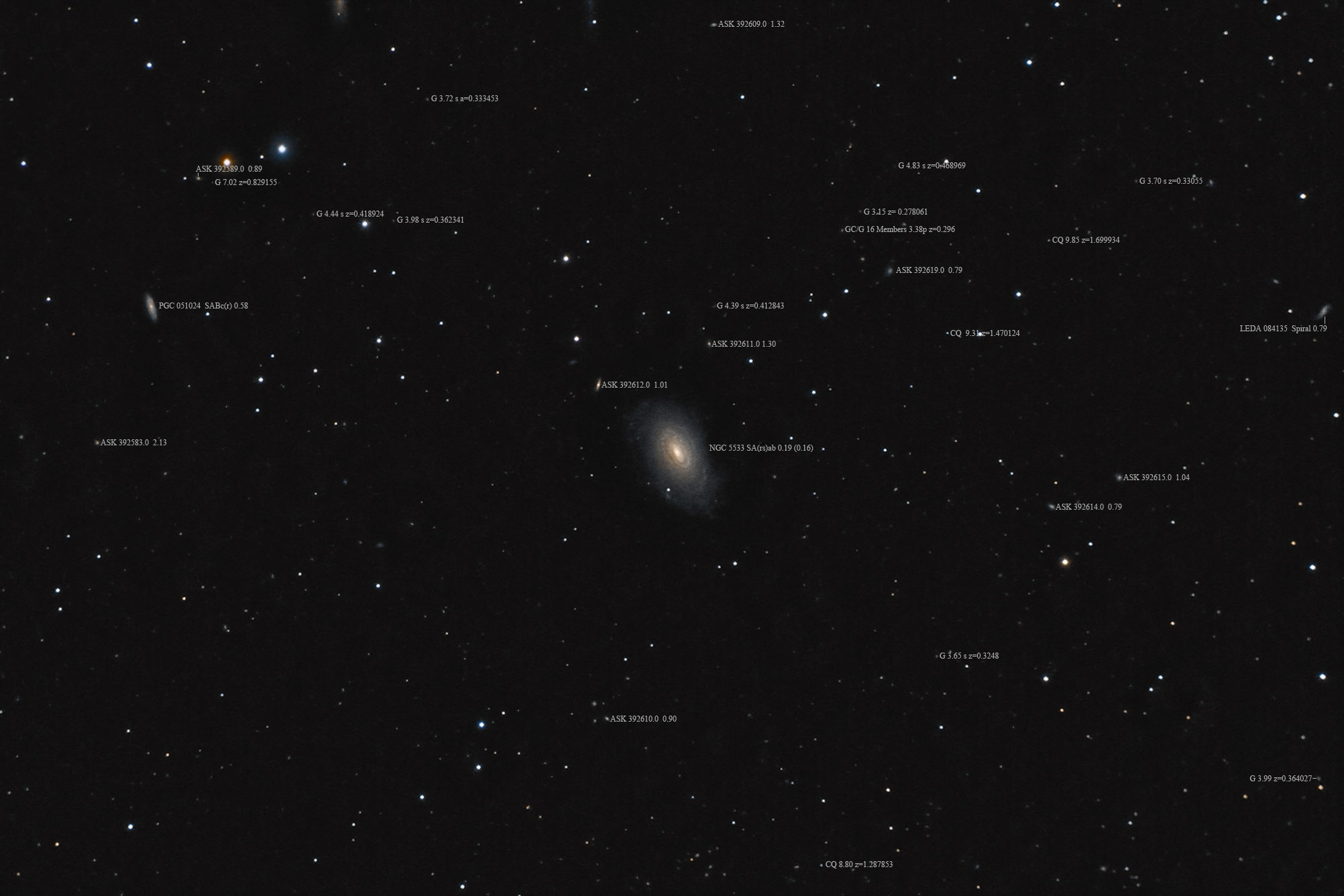