NGC 5585 is one of four dwarf satellite galaxies of M101. Therefore it is about the same distance as M101 which is usually state to be 25 to 27 million light-years away though the redshift for NGC 5585 is about 18 million light-years. NGC 5585 is the largest of the 4 by quite a margin. Also, it is the furthest from M101 at 3.33 degrees. At 25 million light-years it would be 36 thousand light-years across which is about the same size as the large Magellanic cloud. One note, from 1985. at NED says: \"Knotty HII regions are distributed over the disk where the arm structure is not clear.\" Yet another older reference, 1964, says: \"Bright middle. No definite nucleus. Weak irregular arms well resolved up to the central region. Low surface brightness.\" Could these very different descriptions be due to the difference between film and early CCD imaging? NGC 5585 is classed by NED as SAB(s)d with HII. The regions are said to be 2\" in size or smaller. That is below my resolution this night. This would be interesting to revisit with an H alpha filter to bring out these many regions. It was discovered by William Herschel on April 17, 1789. It is in the second H400 program.

Many of the background galaxies in this image are about 1.4 to 1.6 billion light-years away. While scattered across the image I found three different galaxy clusters all in the same part of the image that are 1.5 billion light-years away. None of the three had a diameter listed. Do they overlap? What about those at that distance on the other side of the image? I searched a 1-degree radius but found no one cluster to explain this wide group at about the same distance.

As is often the case I did find an obvious galaxy not listed in NED. It is Northwest of NGC 5585 and is marked by a question mark. The vast majority of galaxies in the image have no redshift listed at NED so aren\'t labeled. 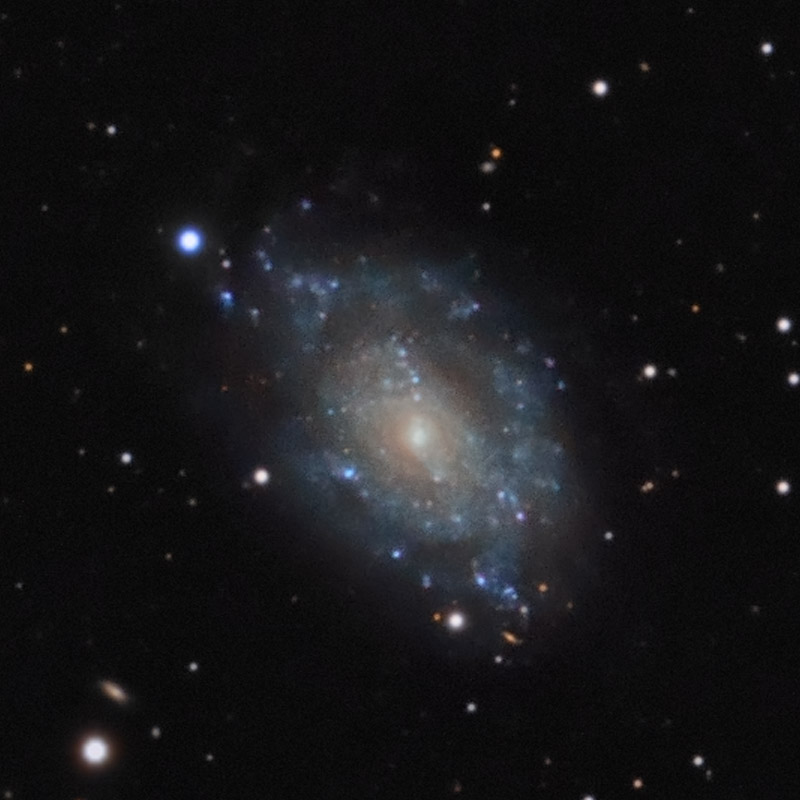 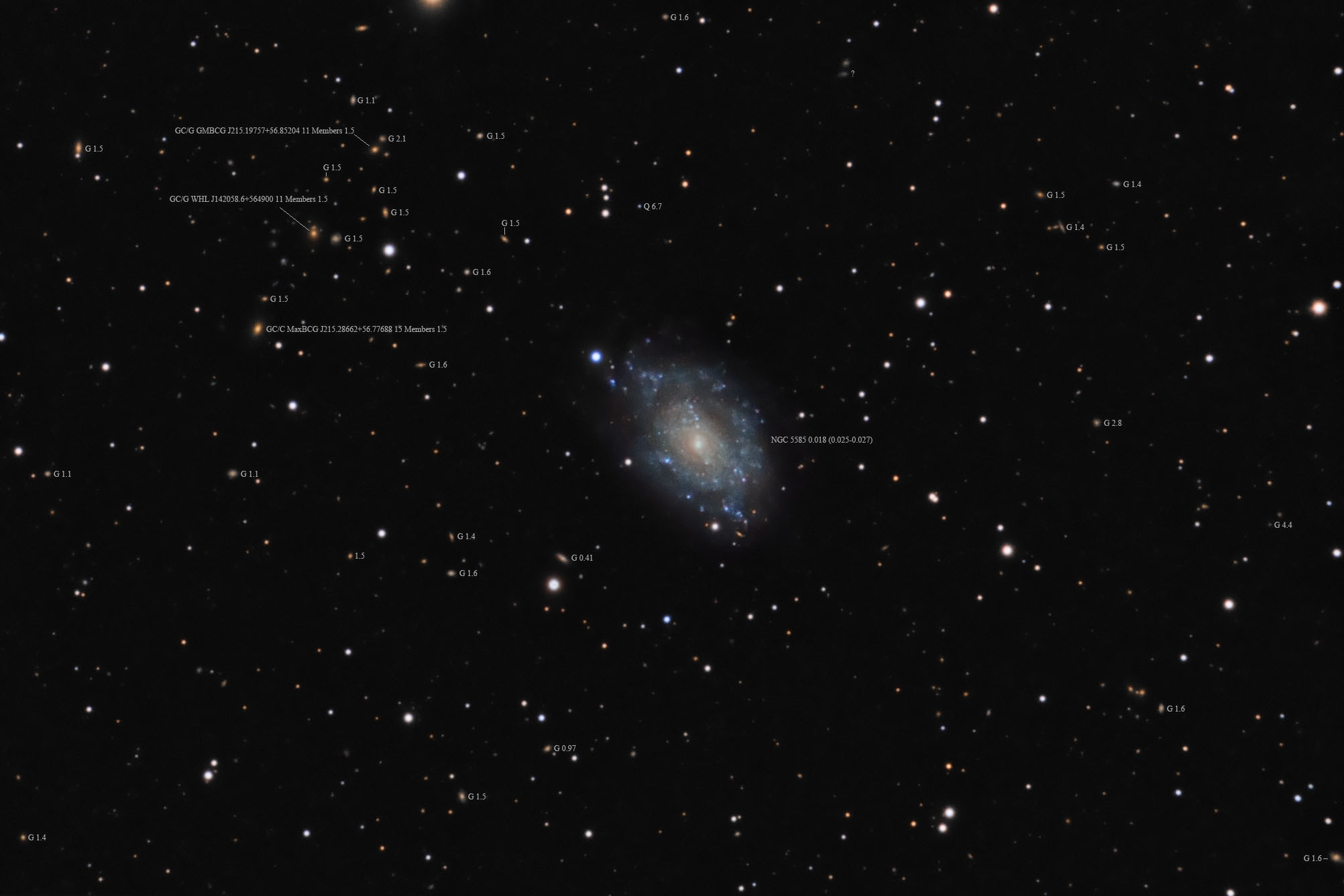 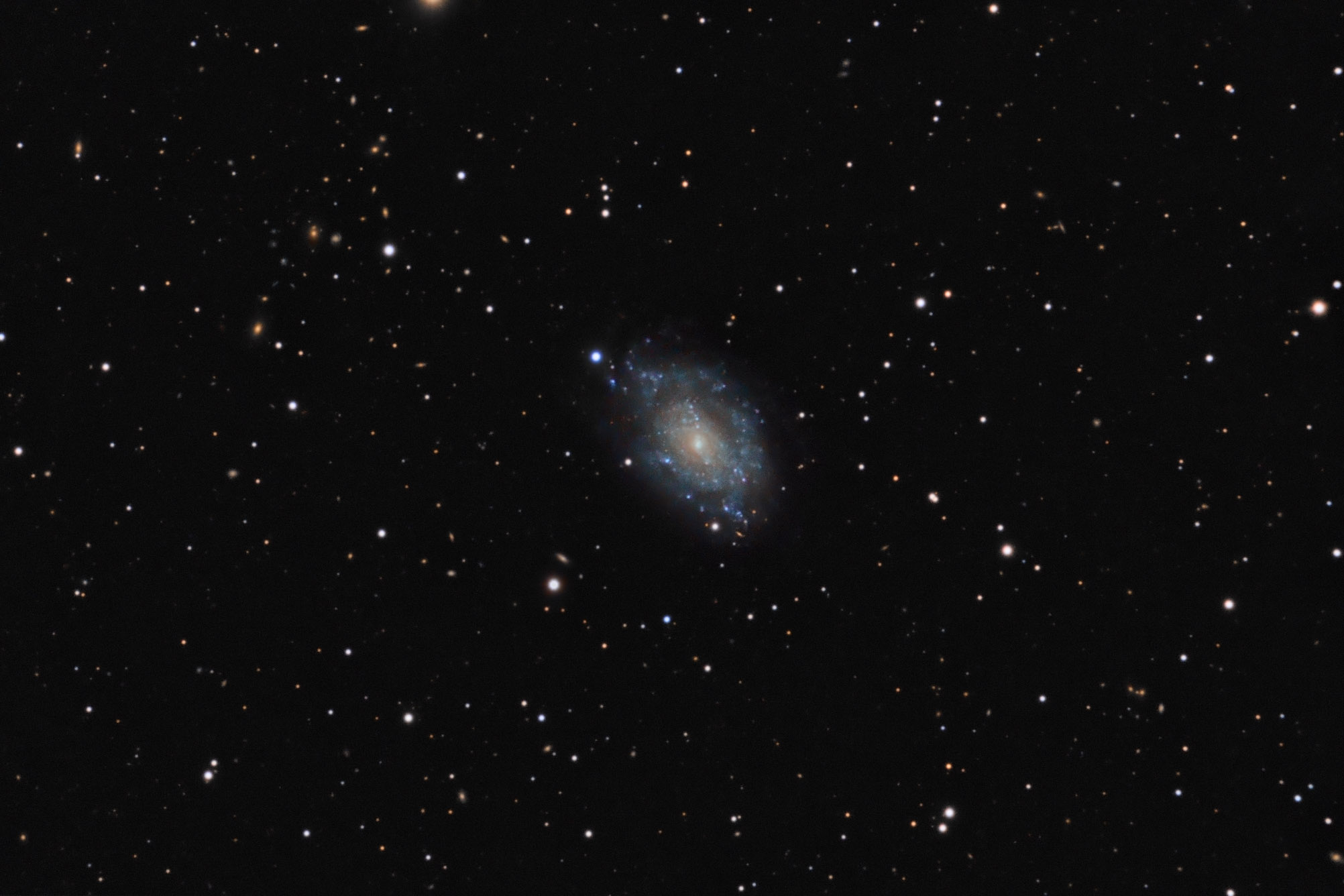