NGC 5676 is a two-armed barred? spiral whose arms knotty and ill-defined after a point that it is almost a flocculent galaxy. NED classifies it as SA(rs)bc with HII emission. NGC project says Sc while Seligman says Sbc. Several papers say it has a short low contrast bar which I thought I saw. Or did I? Several HII regions came out in my rather low-resolution image thanks to below average seeing. The brightest is just right of what NED lists as a separate galaxy and is listed as such in several catalogs but which to me is just one of many knots in the galaxy\'s arms. I\'ve pointed to it because it almost points to the largest HII region seen in my image in the galaxy. Redshift puts it 100 million light-years distant while non-redshift measurements say it is a bit further at 110 million. Very good agreement. Assuming the round 100 million light-year distance I measure its diameter at at least 120,000 light-years. A rather large spiral maybe on par with M31.

The galaxy was discovered by William Herschel on May 15, 1787. It is in the original Herschel 400 observing program. My notes from that on May 17, 1985 at 120x using my 10\" f/5 under fair conditions due to high humidity and thus low transparency reads: \"Small oval galaxy. The starlike nucleus is seen with averted vision. Seems 3\'x2\' rather than the 3\'x1\' as described. Grows larger and rounder with averted vision.\" My image measures the galaxy as 4.0\'x 1.92\'.

The annotated image points to everything NED had a redshift value for. Those with only coordinates for a catalog name are just listed as G for Galaxy UvES for Ultraviolet Excess Source (usually a candidate quasar) or GC for a galaxy cluster. Only one cluster also had a redshift distance for its bright cluster galaxy. In that case, both were photographic redshifts and disagreed. So both are listed with the cluster\'s value first. Another object is a candidate BLAGN (Broad Line Active Galactic Nucleus). These usually are quasars but in this case, the host galaxy is clearly evident by its orange color. Broad lines mean high speed that blurs the lines so they are likely coming from near the massive black hole at its core.

Several galaxies I\'d have liked some info on had little in NED. One is the very faint low surface brightness fuzz patch southeast of NGC 5676. I suspect it is a very faint nearby dwarf but with no information who knows? Further east and south of MCG +08-27-001 is what looks to be either an irregular blue galaxy or a disrupted galaxy.

This night fits my weather lately when I can get either good seeing or good transparency but not both. This had good transparency but that meant below average seeing. So it did go deep but fine details in the galaxy, like a lot of HII regions, were lost to the poor seeing. Seeing was a bit below 3\" rather than my average (before this stint of lousy conditions) of 2.25\" to 2.5\". 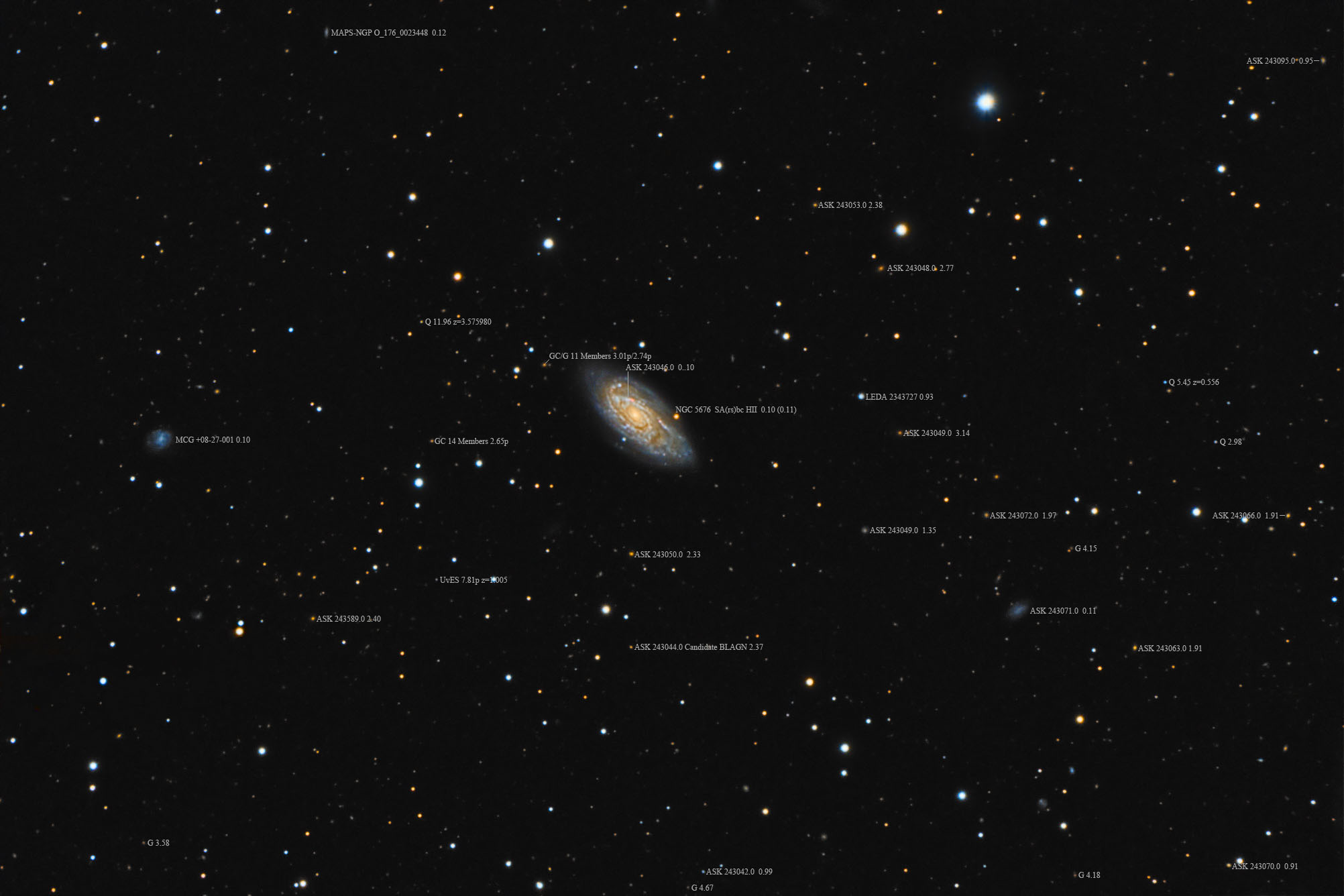 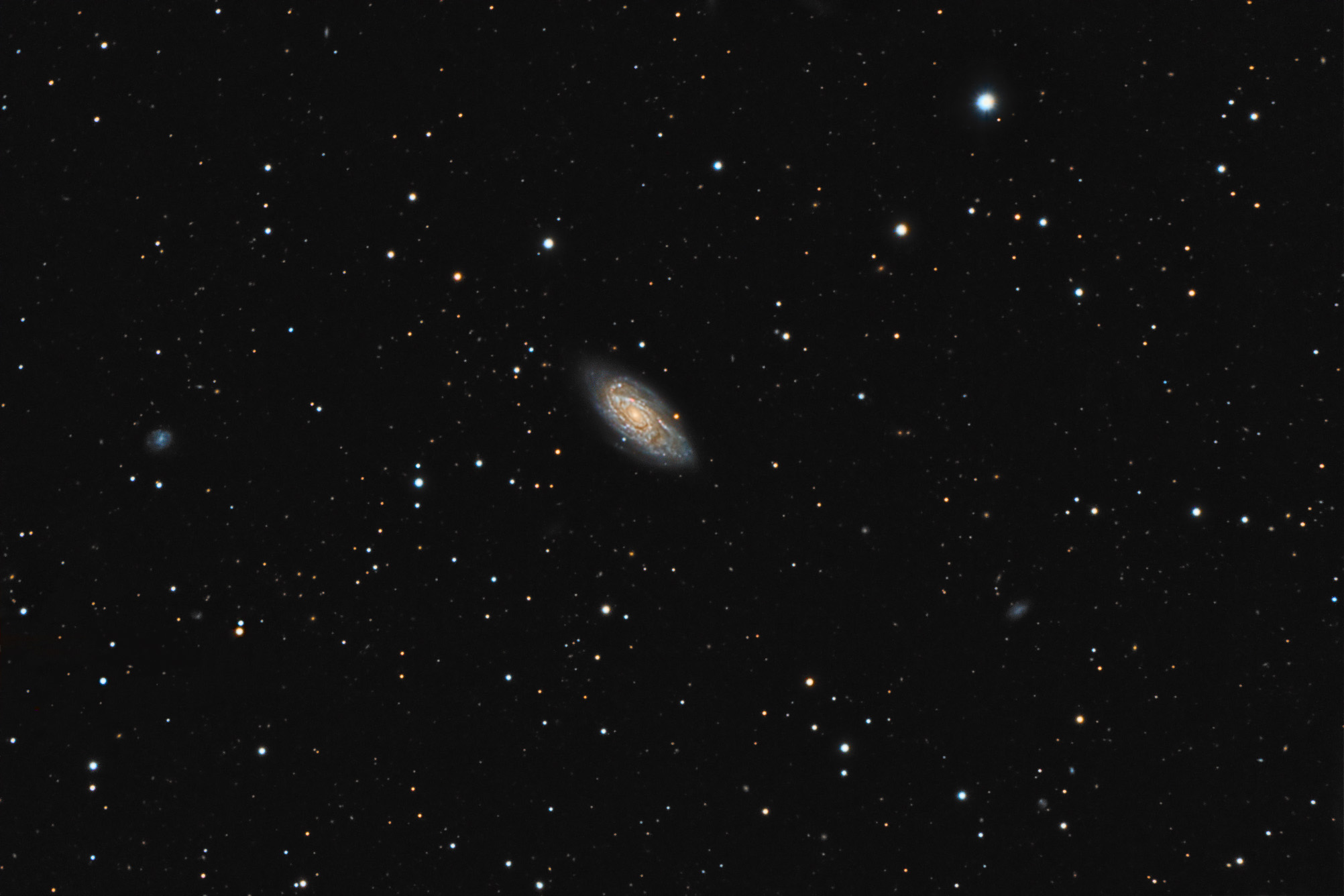