NGC 5689 is in the original H400 program. My notes from that read: May 17, 1985, night fair but humidity limiting brightness some, using my 10\" f/5 at up to 120x; Small, thin galaxy with fainter outer halo. At first glance, it seems nearly round then with averted vision you see the faint outer raches that define it as an edge on galaxy. Averted vision a must for this one to see its true nature.\" Humidity may have had a lot to do with the need for averted vision that night. At the time I didn\'t appreciate how much it can dim an object.

NGC 5689 is about 130,000 light-years across so a bit larger than our galaxy but much redder indicating star formation is very low in this galaxy. It also seems to have a much larger core and thus its supermassive black hole may be quite a bit larger than ours. Since the galaxy still contains quite a bit of dust and gas could a large black hole be the cause of the lack of new star formation? I\'ve seen this said about other galaxies but this wasn\'t one of those.

Of the four found at Birr Castle (still occupied today by a direct descendant of Lawrence Parsons, less the 72\" telescope) NGC 5682 is about 53,000 light-years in size. While note mentioned I see two plumes, one from each end. The southeastern one going southwest and larger than the faint one to the northeast. It appears it interacted and maybe ate something in the not too distant past. I found nothing in the literature about this, however. NGC 5683, the smallest in angular size but nearest so easily the smallest of the 5 is about 8,000 light-years across. It seems rather well-formed for such a small galaxy. Is it loaded with dark matter? NGC 5693 is about 53,000 with a long pulled out arm that could have fit into Arp\'s category for galaxies with one heavy arm. That is the only easily visible arm of the galaxy. Is it the one that created the plumes of NGC 5682? Again I found nothing on this possibility. Lastly is small NGC 5700. I get a size of 33,000 light-years for it. Yet another member of the group is the very faint PGC 052263. I get a size of about 40,000 light-years but it is of such low surface brightness it may be somewhat larger.

Of late, most objects I\'d consider quasars, NED has listed a candidate quasars (CQ in my annotated images) but this field has only full-blown quasars, none are listed as being a candidate. One is even listed under an old designation for them, Blue Stellar Object beside as a quasar. That one really is strongly blue in my image. No asteroids and otherwise the field is rather normal. 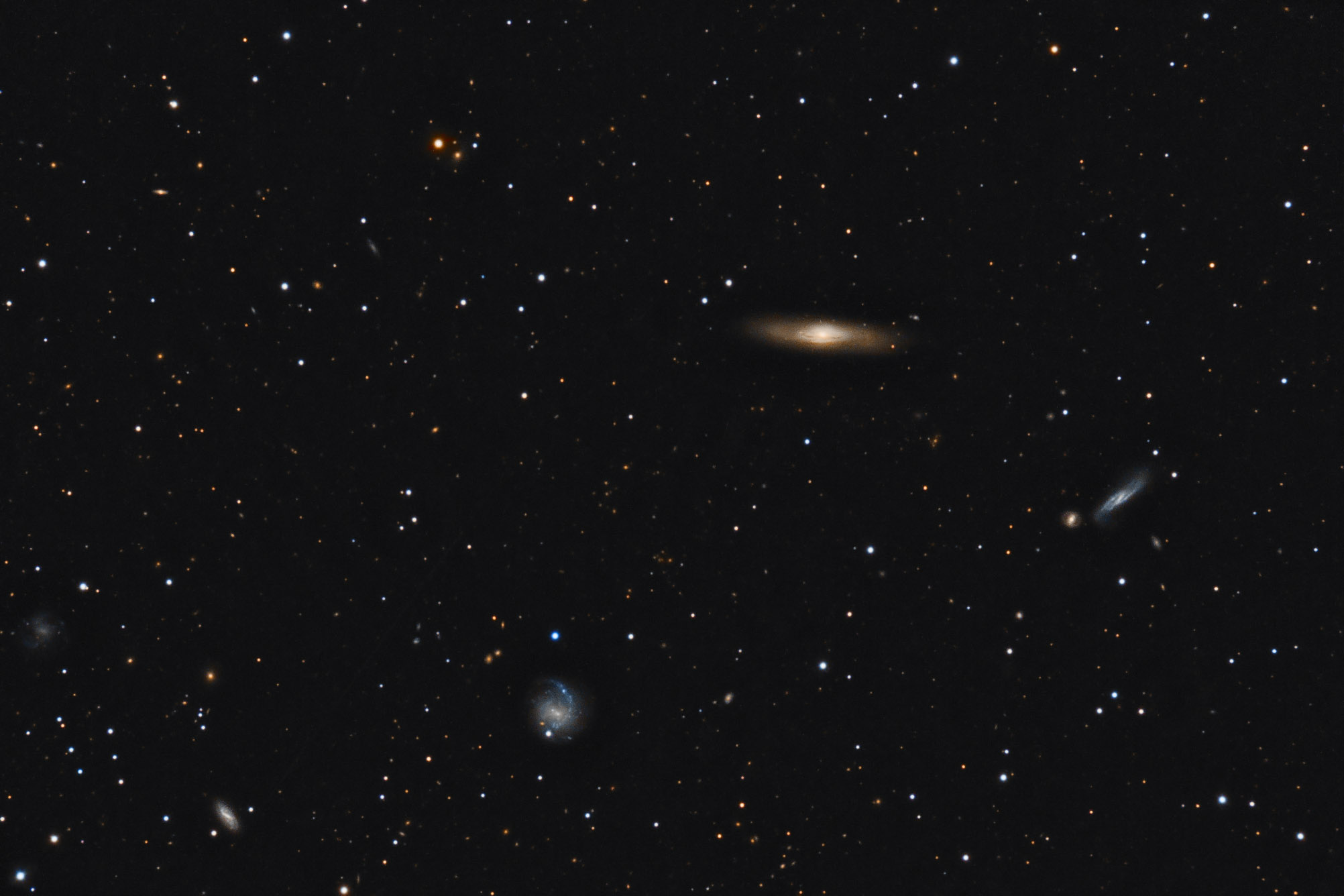 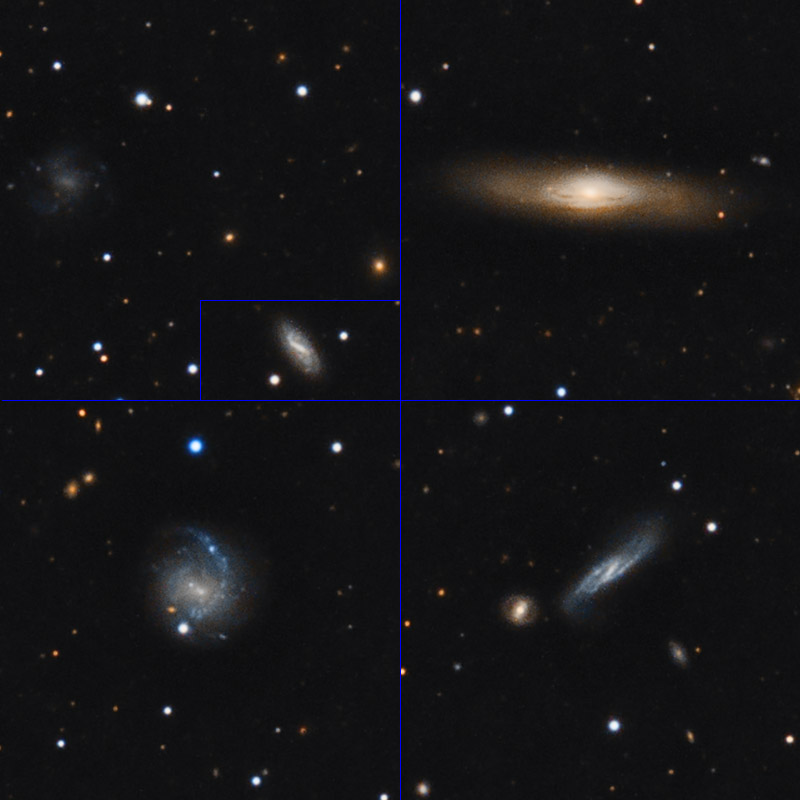