NGC 5759 is a pair of interacting galaxies about 400 million light-years distant in southeastern Bootes. It consists of two galaxies, one stripped of its stars but for the core, the other reduced to a highly distorted spiral. A bridge of stars connects the two. The pair was discovered by Édouard Stephan on June 7, 1880. NED classifies the southern galaxy as S pec. While the NGC Project and Seligman say it is a type I irregular. These are irregular galaxies with some structure but not enough to call a spiral or elliptical. To me, the spiral nature is rather evident. Only Seligman classifies the northern galaxy saying S0/a. A note at NED puzzles me as it reads: \"According to [UGC] a pair of galaxies joined by a bridge. The southern one is very compact.\" To me, it is the northern one I\'d call a compact galaxy being mostly a core with a spray of stars. I measure the pair as being about 200,000 light-years across though that assumes both are at the same distance. They likely are at somewhat different distances with it possible there\'s no actual bridge between them, just two overlapping star streams as seen from our perspective. The lower galaxy has several plumes indicating the interaction may be ongoing with some of the plumes due to other passes of the companion. I wish transparency had been better to see what faint detail I lost to my very hazy skies. I used 70 minutes of luminance, all I could fit in before dawn but still, the image doesn\'t go very deep.

Below the pair is CGCG 076-042. It is at about the same distance so part of the same galaxy group. It has a faint outer ring around it that I just barely detected. That makes me wonder if it too may have interacted with NGC 5759. I measure it at 120,000 light-years across including the faint outer ring so it too is a large galaxy.

There are many dwarf galaxies also at about 400 million light-years scattered across the image as shown in the annotated version. NED lists a galaxy group, USGC U657 centered a bit east and midway between NGC 5759 and CGCG 076-042 with 11 members but frustratingly gives no angular size. I assume it includes at least my field.

The field contains many galaxy clusters according to NED. The big one being Abell 1970. The label \"ABELL\" is at its center position. It seems to include most, if not all the other groups. It has a metamorphic classification of GM III which means it is little concentrated with no obvious anchoring galaxy or galaxies.

There were no asteroids in the image but there are several quasars, some rather bright. One is listed as DLyA which stands for Damped Lyman-Alpha. Such quasars are in galaxies with a lot of molecular hydrogen indicating the galaxy is likely in an early stage of formation. They usually reside in galaxies with a redshift of 2 to 4. 2.41 in the case of the one in my image. It\'s to the northwest of NGC 5759.

This was my last May image. While taken on May 9 the rest of the month was a washout. June was far worse with only a few images taken. My backlog is shrinking rapidly! 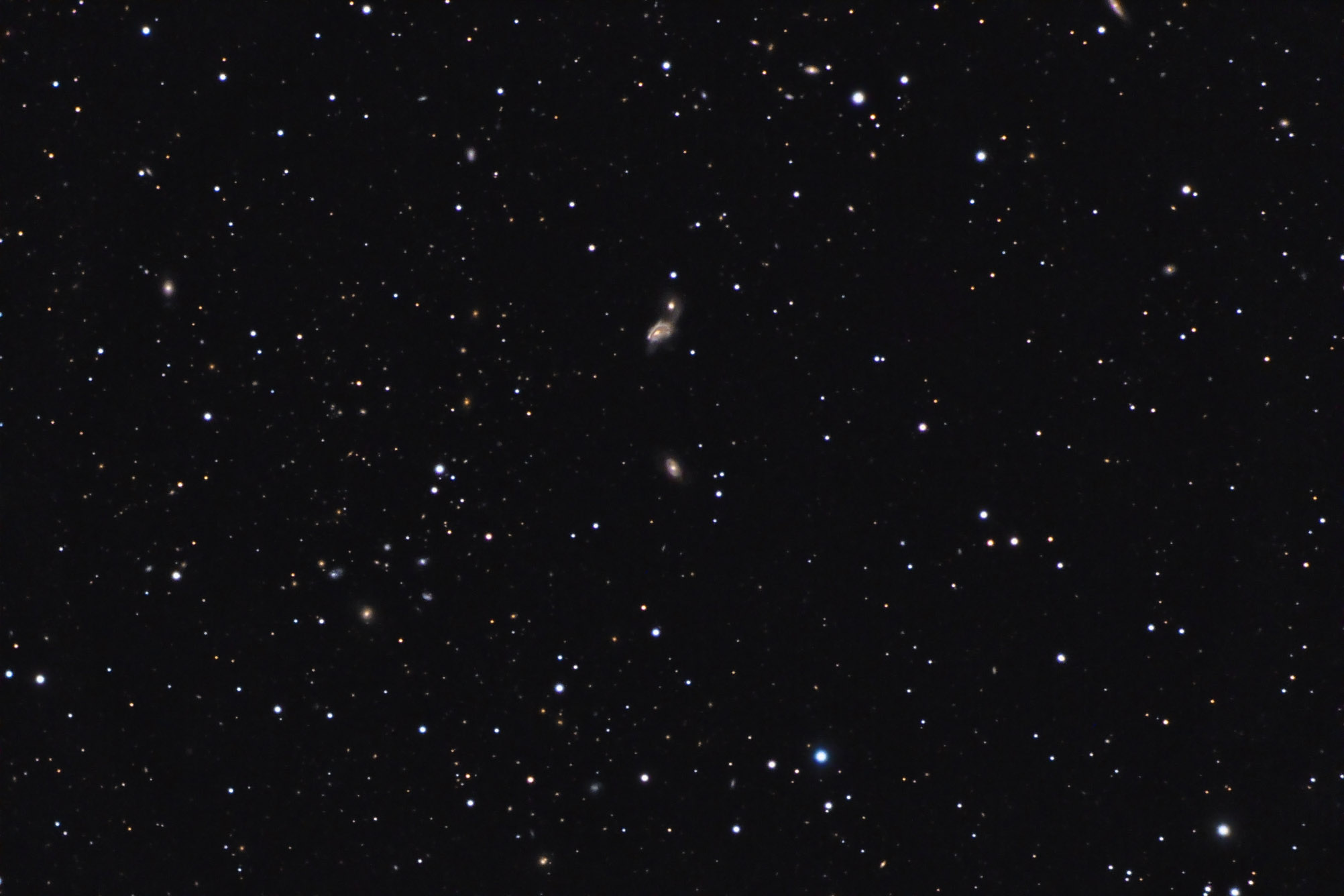 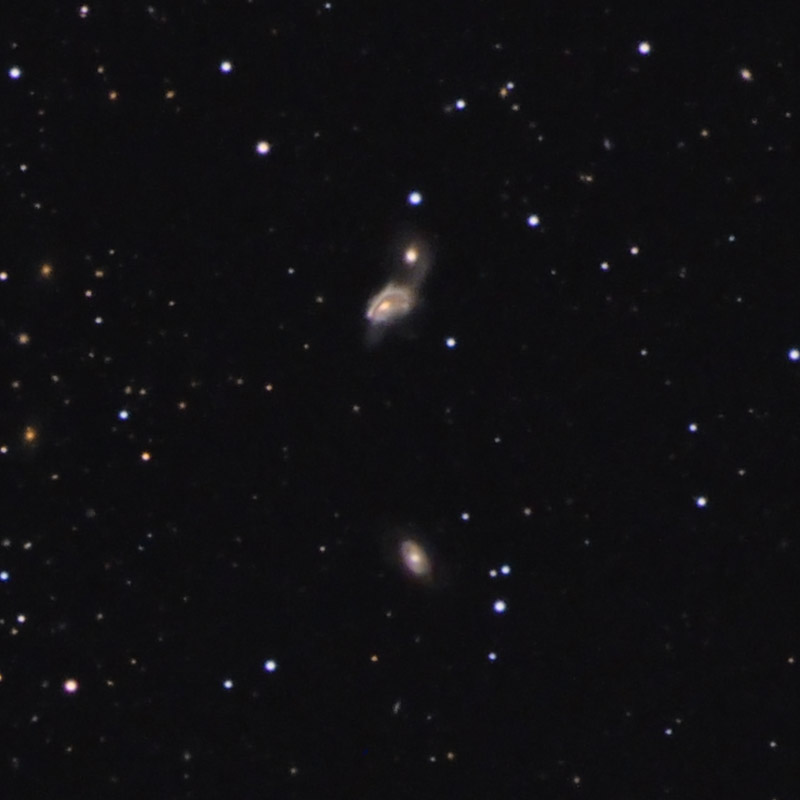 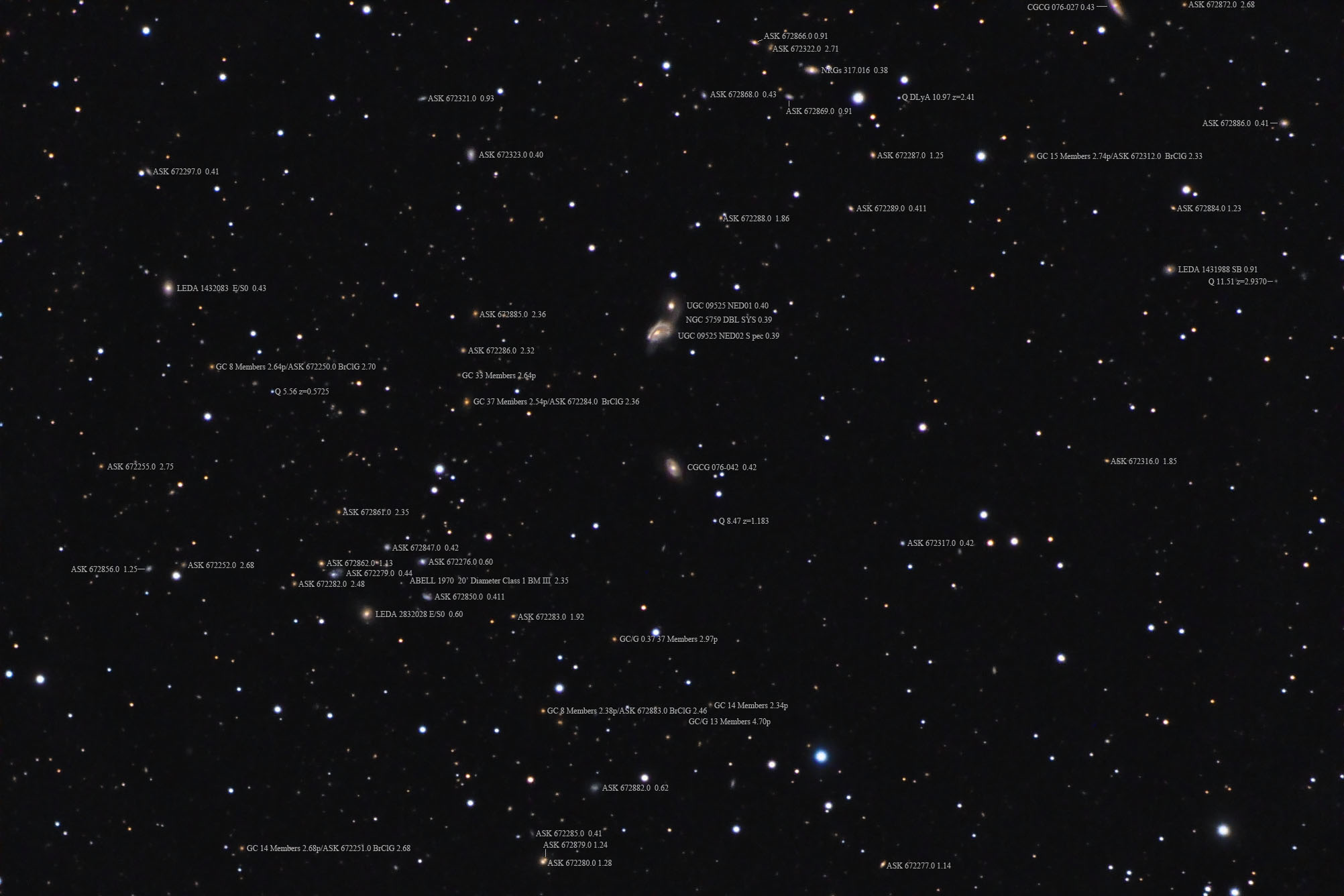