NGC 5792 is a rather large, in angular size barred spiral galaxy in northern Libra about 100 million light-years from us. I measure it as about 500 arc seconds across its wide arms. That would make it a huge spiral at 240,000 light-years across. To my eye, the far eastern arm is oddly diffuse and appears warped upward as my image is oriented. I found nothing in the notes at NED indicating any warp. In fact, the notes seem oddly at odds with each other. One says: \"NGC 5792 is a highly inclined, well-formed barred spiral with an evident almost-complete inner ring from which the grand design two-armed spiral pattern emerges.\" While another read: \"5792 Highly peculiar spiral with overextended spiral arms...\" So is it regular or peculiar? I vote for the latter.

One clue to what\'s going on may be an object NED lists as a separate galaxy embedded in the outer ring that the spiral arms form. NED lists it as a LINER galaxy at almost the same redshift as NGC 5792. Could this outer ring be stars that have been ripped off of this galaxy leaving only a very active blue core behind? Or is it just a star cloud in the galaxy. The LINER label would be one I\'d not expect for a star cloud. (Edit: New ideas say LINER is due not to the core but white dwarfs. I can\'t see a star cluster having enough of them but the idea isn\'t as odd as it was when I first wrote this.) Yet I found nothing to indicate this might be the remains of a galaxy it is eating. Seems to explain the apparent warp as well as the diffuse nature of the ring like arms as well as it\'s huge size which is very unusual for a spiral that isn\'t interacting with another galaxy. Ignoring this outer ring the galaxy is only 200\" across or 95,000 light-years. A rather reasonable size for a spiral galaxy. But since nothing is being said about this I have to wonder what is the problem with this interpretation. Though there is a new paper out about fading AGN\'s that apparently includes this galaxy and may cover this. Unfortunately, it is behind a paywall so I can\'t see it. The paper indicates the galaxy has been taken by the HST but there\'s no publicly available HST data at the HST site so it is likely still within the embargo period. http://cdsbib.u-strasbg.fr/cgi-bin/cdsbib?2015AJ....149..155K

The galaxy was discovered by William Herschel on April 11, 1787. I was rather surprised to find that it didn\'t make either of the 2 Herschel 400 observing programs. Probably explains why I have apparently not logged it visually. The \"bright\" 9.6 magnitude star that gave me processing fits might make it a difficult visual object.

NED listed a couple hundred very faint galaxies with redshift data in this frame. Unfortunately, transparency was poor this night and my limiting magnitude is only 21.4 or so rather than the 22.7 to 23.5 I can go on a typical night (well typical before this horrid weather set in over 2 years ago now). This made most of them too faint and would have made a mess of my annotated image while avoiding overlapping labels. I did pick up a few in the area of NGC 5792 but they are so hard to see on the lossy JPG I stopped trying to show them which also saved me a lot of time as trying to fit so many labels in and still be able to read them would have been very time consuming and accomplishing little. 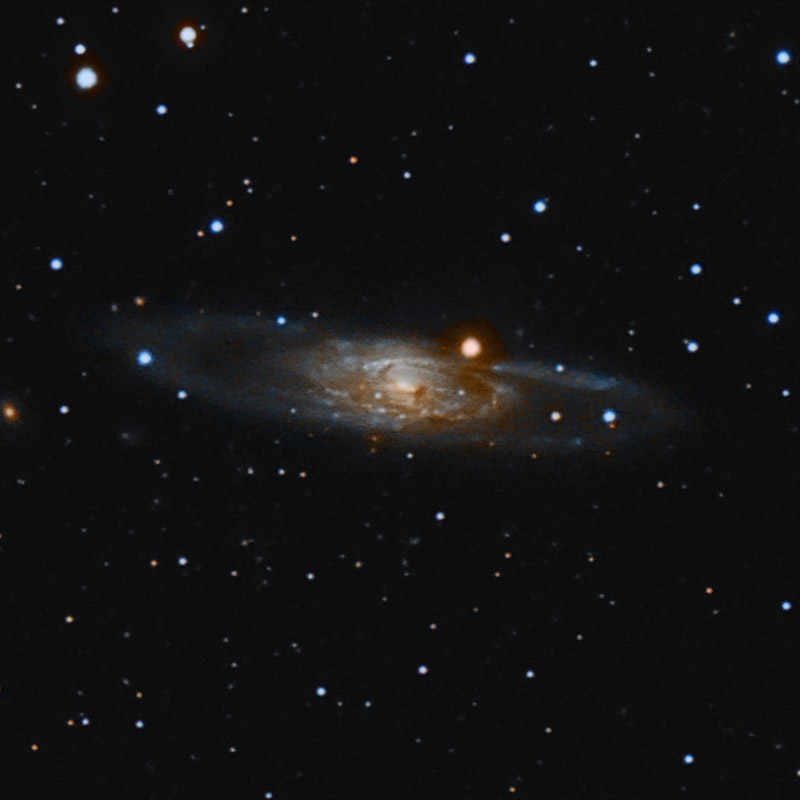 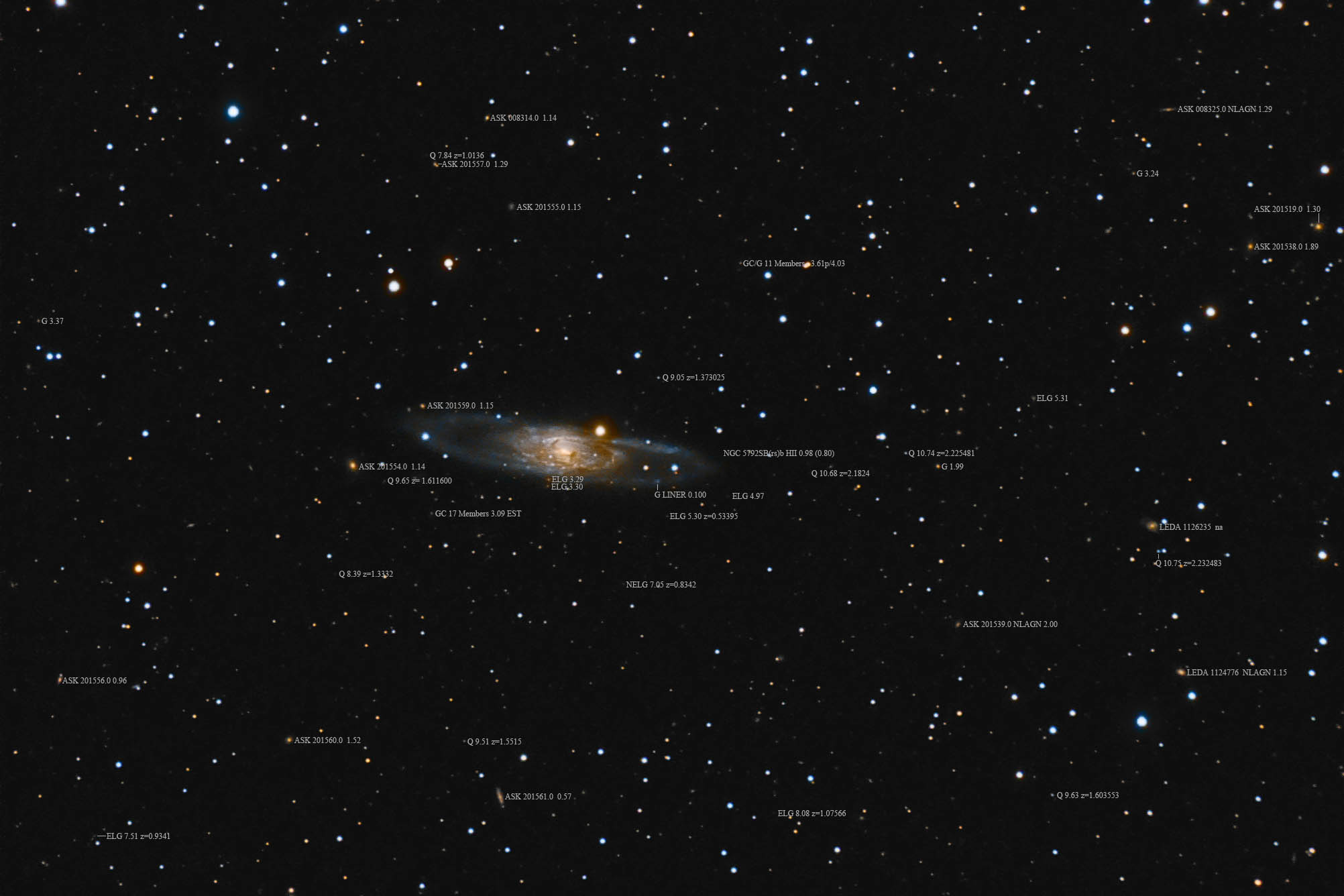 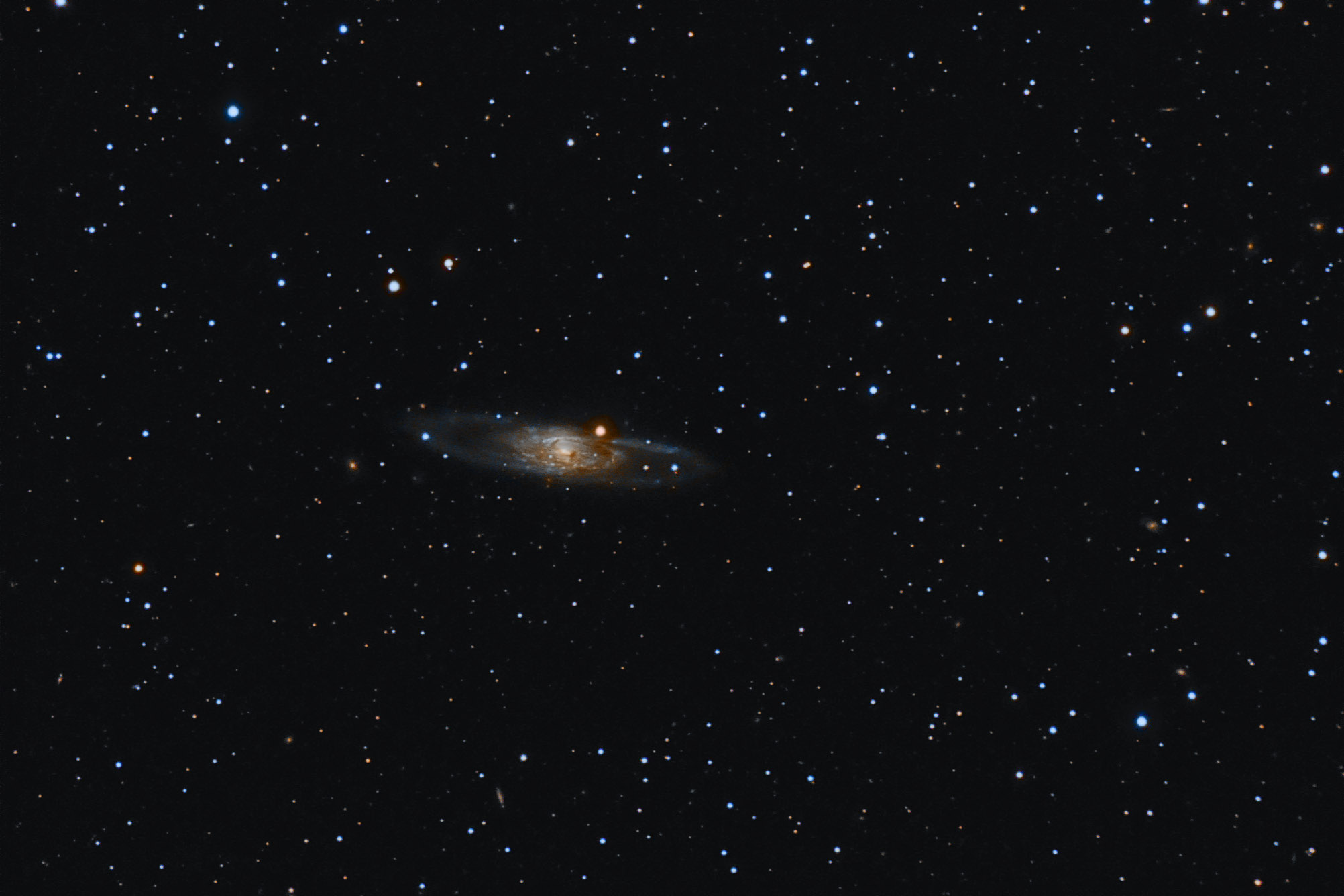