NGC 5813 is a huge elliptical galaxy in eastern Virgo about 99 million light-years distant by redshift and 97 by the d-sigma method. http://ned.ipac.caltech.edu/level5/Willick/frames.html I measure its size as about 177,000 light-years at the 99 million light-year distance. Since the edges just fade away this is likely smaller than its real size. While I see what look like they could be globular star clusters in the outskirts of the galaxy NED doesn\'t list any. I can\'t believe a giant elliptical like this one wouldn\'t have a lot of them. It seems to have some companions but their distances appear far too close to us for these to be true companions. They are apparently only line of sight galaxies. NED does list some true companions but they are all well out of my field of view. It was discovered by William Herschel on February 24, 1786. It is in the second H400 program.

NGC 5811 is listed at NED and in several catalogs as being a pair of galaxies. I can\'t see this in my image but the Sloan Survey image seems to indicate several pieces that may be separate galaxies. If so they have similar redshifts so are possibly in the act of merging. It was discovered by Albert Marth on April 12, 1864.

NGC 5814 appears to be a rather messed up spiral galaxy with a plume to the northeast and a short bright blue arm coming for the southern end of the central region with nothing similar off the north end. It was discovered by John Herschel on April 13,l 1828.

The other major galaxy in the image is UGC 09661. It is closer than NGC 5813 yet far smaller in angular size. It appears rather similar to NGC 5811 but more disturbed. It, however, is listed as a single galaxy.

The field contains many Emission Line Galaxies (ELG), most of which lie at great distances with most over 5 billion light-years distant so often very faint. Ultraviolet Excess Sources (UvES) are also found mostly at even greater distances. These are all quasar candidates whose distance is were determined by a less accurate photographic redshift determination (p). A few proven quasars are scattered about the image.

If an object had a designation that was only its sky coordinates and the survey that recorded it, I only noted its type as the designation with full coordinates were just too long and made an already congested image that much worse. I have noted all that had classifications, even when no distance was known (na). All with a redshift distance or classification have been included making for a rather dense annotated image.

NGC 5813 was intentionally moved to the lower right in order to better include UGC 09661 which looked rather interesting in my original focus image but was somewhat out of the field with NGC 5813 centered. With little of interest southwest of NGC 5813 but for NGC 5811 I kept in the frame I didn\'t hesitate to move NGC 5813 off center to better show UGC 09661.

Some of NGC 5813\'s true companions are interesting but they were too far out of the field to include. I\'ll have to catch those individually next year. Weather never allowed it to happen this year. 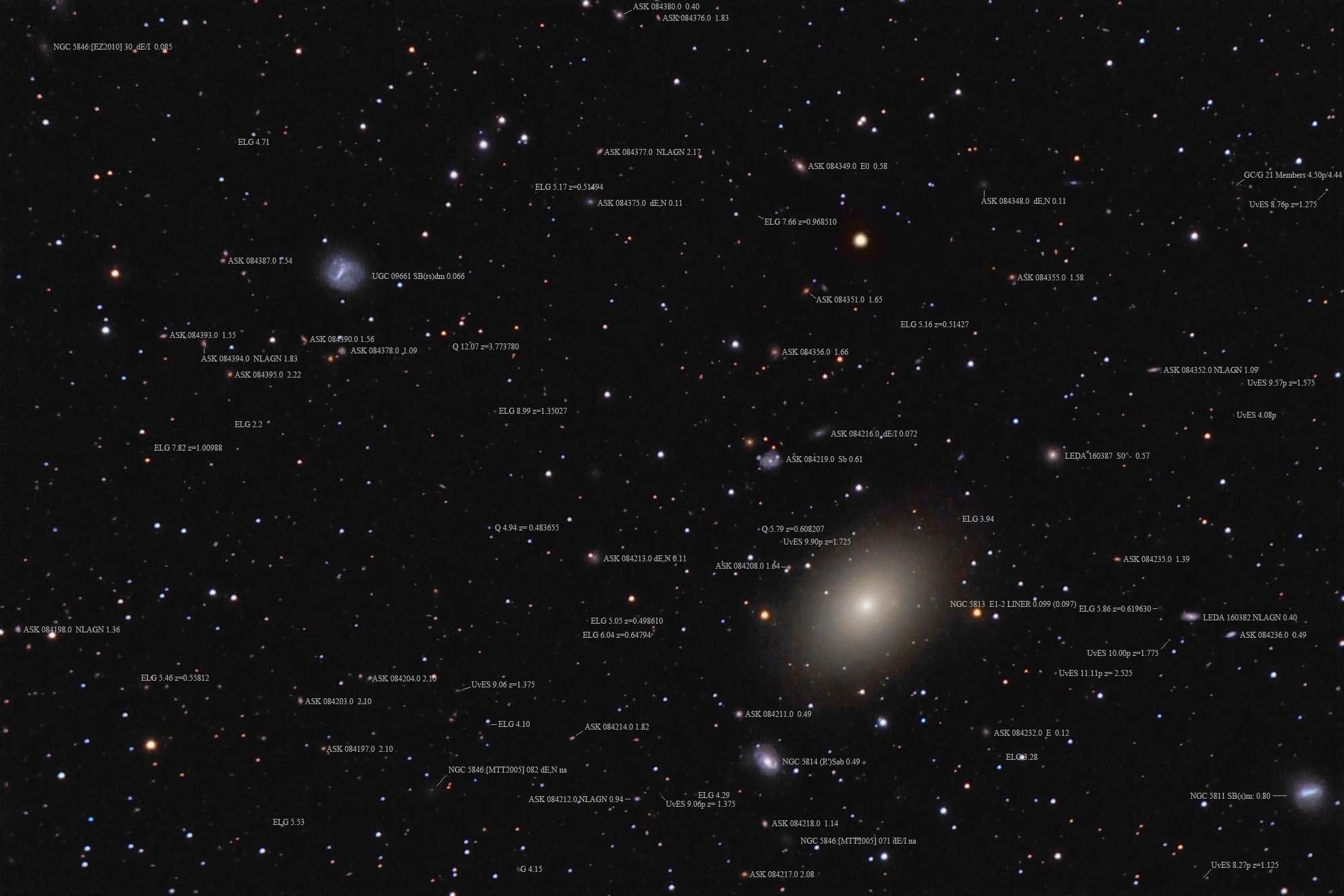 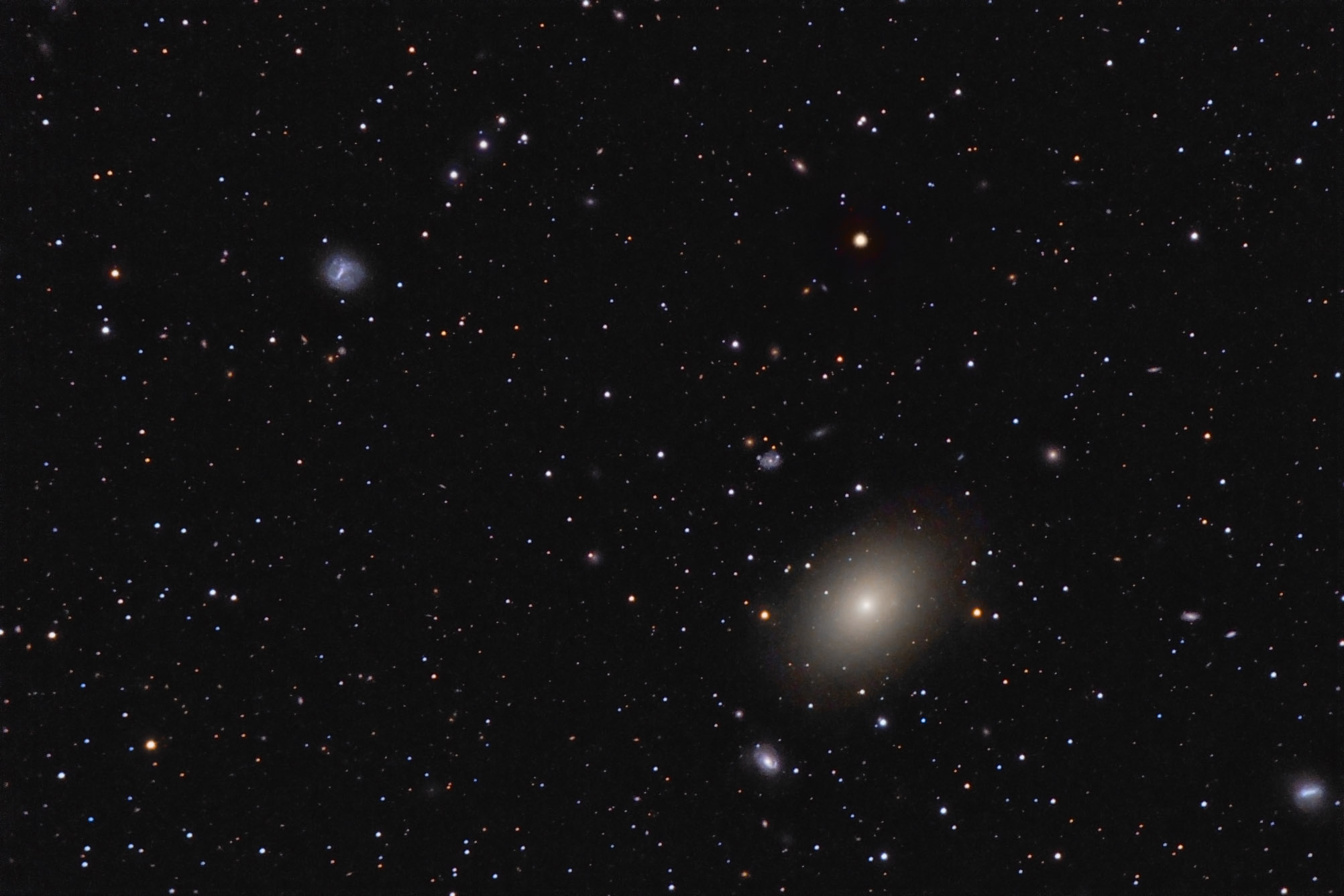