NGC 5981, NGC 5982 and NGC 5985, right to left, are usually known as the \"Draco Triplet\" though there are other triples in the constellation these are the brightest. This was a very early image when I had little skill in digital imaging as my 50 years of film work didn\'t prepare me well for this new mode. The quality of the image is very poor for the quality of the night it was taken. I didn\'t do research nor even have software to annotate an image. Fortunately, these three are all of major interest in the image.

They aren\'t as related as they appear to be. NGC 5985 is a barred spiral about 110 million light years away, NGC 5982 an E3 Elliptical galaxy about 130 million light years out and NGC 5981 is an edge on spiral, like NGC 5746 above but with the normal ball-shaped core region. It is the smallest in apparent size. That might make you think it the most distant but actually its the closest as about 80 million light years. Thus it is also, by far, the smallest of the three. Notice how much smaller it is than giant NGC 5746 above yet that galaxy is 25% farther away. Not much on the net of these guys but lots of photos by other amateurs.

Being a very early image I didn\'t do any research on this one. I just wrote this for the web and will do a good version, with a much better image, as time allows. 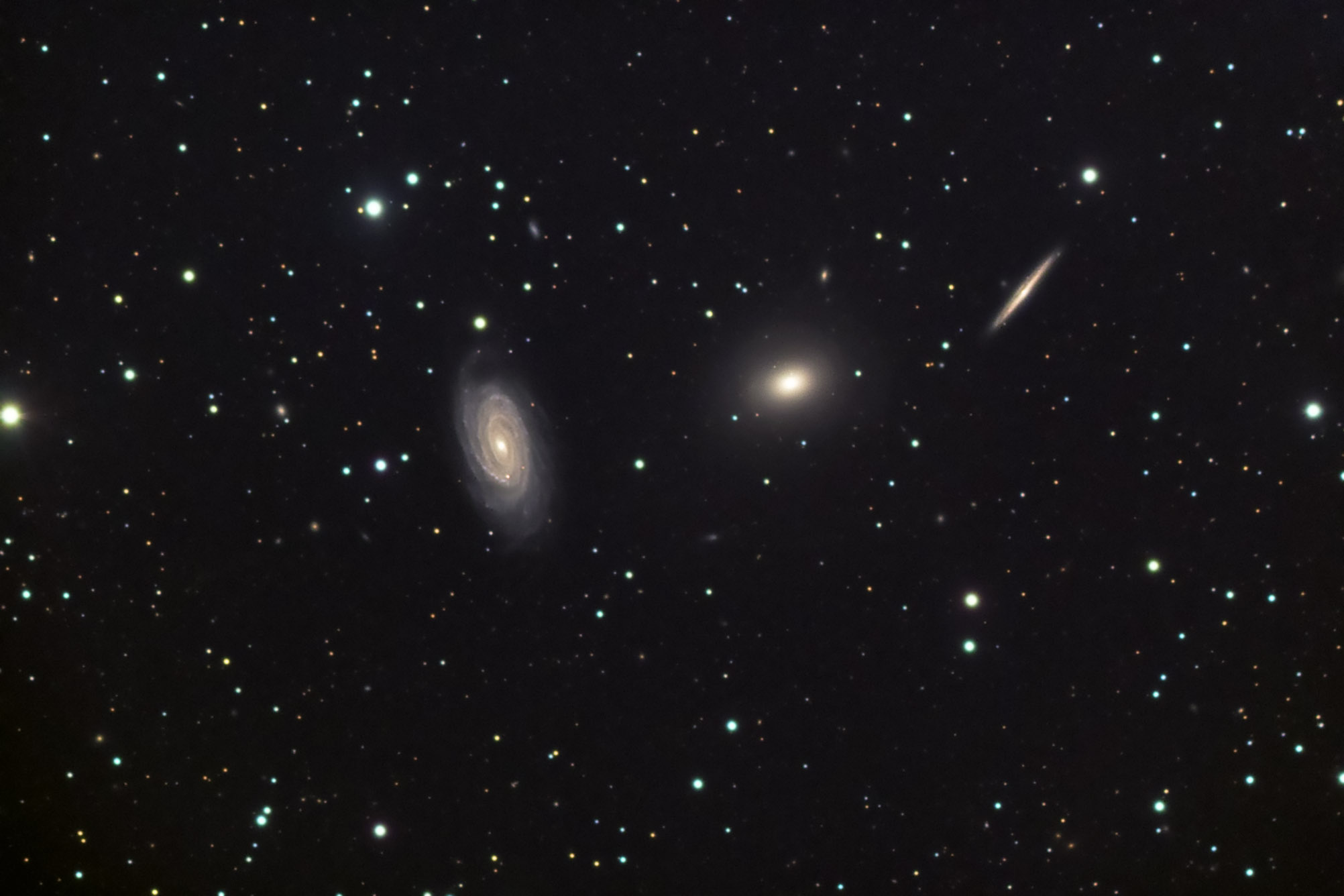