NGC 6003 and 6004 are a pair of galaxies in Serpens Caput about 180 million light-years away by cosmological redshift. NGC 6003 is a rather dull, featureless compact S0-like galaxy. NGC 6004 is the interesting barred spiral galaxy. The two arms coming off the bar are very different. The one off the southern bar is quite normal looking starting right at the end of the bar and making a nice neat spiral out to the edge of the galaxy. The northern bar makes a sudden faint jog east to connect to the end of that spiral arm. The arm is more a collection of bright spots that quickly fades away into an amorphous blob part of which takes a jog west to almost connect to the far end of the southern arm. Arm segments are scattered about as well. Both galaxies were discovered by Édouard Stephan but on different nights. NGC 6003 was seen on June 19, 1879 while NGC 6004 was seen 5 days earlier on June 14, 1879. Being only about 15 minutes of arc apart his field of view must have been rather small.

Besides the normal assortment of background objects, galaxies, galaxy clusters and an asteroid there are two objects for which the data at NED seems to have been collected by that all too common astronomer Sum Ting Wong.

Between this last galaxy and NGC 6004 is another amorphous blob of a galaxy. NED lists it only as an ultraviolet source which it uses for some hot stars, quasars, and blue galaxies. Ned makes no determination of what the source is and provides little data. Blue objects like this often don\'t make it into NED from the Sloan data. Why this is I\'ve not been able to find out. I\'ve asked both NED and Sloan but never gotten a reply. I have several pro astronomers I\'ve asked that study galaxies who have not a clue either.

May was a poor month for imaging with a lot of data lost to clouds. This is my last May object. June is difficult since it isn\'t dark very long. I usually need more than one night to catch an object. Still, it appears to have been a better month than May. Though I may find a lot of the data isn\'t usable when I go to process it. Guess we\'ll find out together how much is usable. 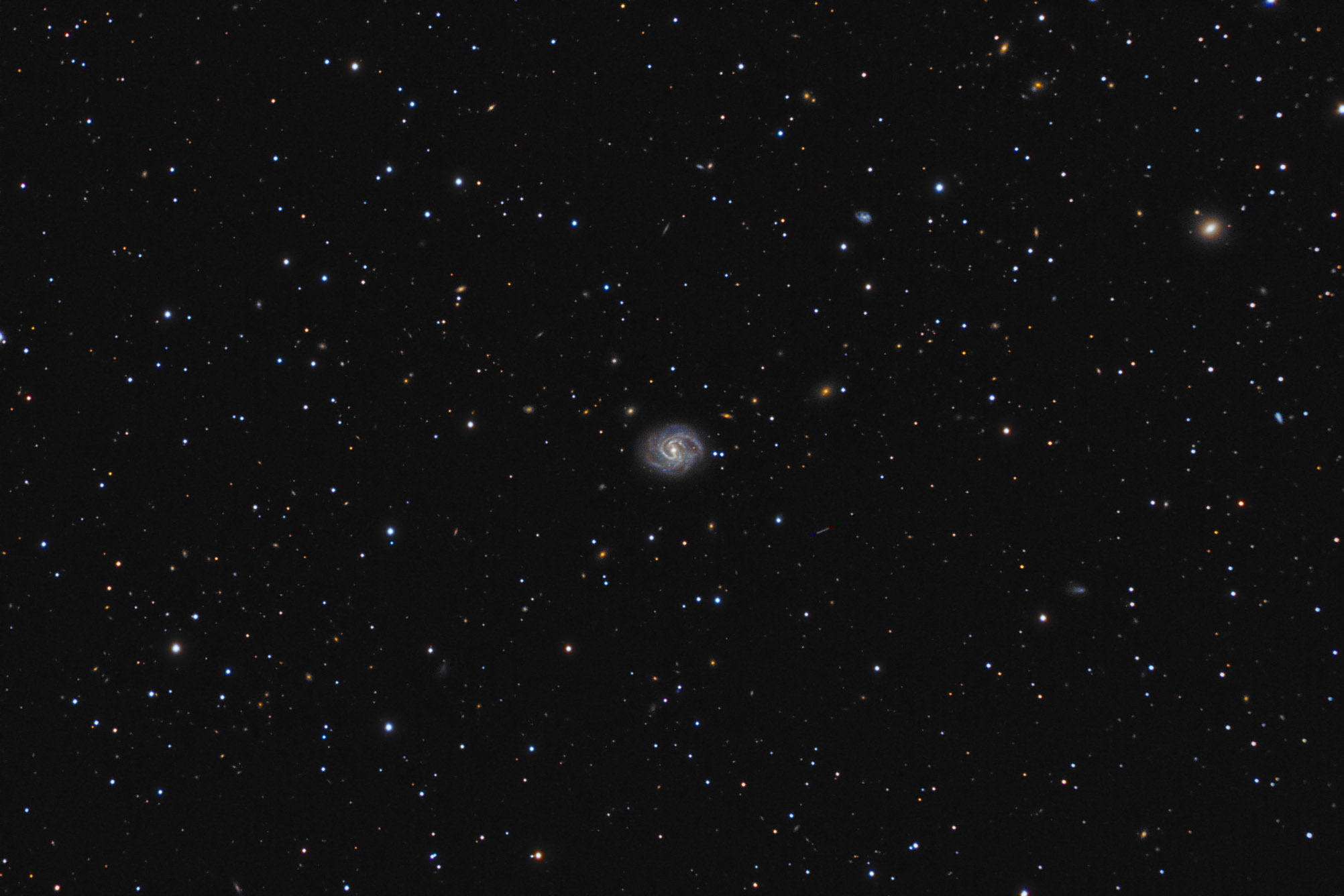 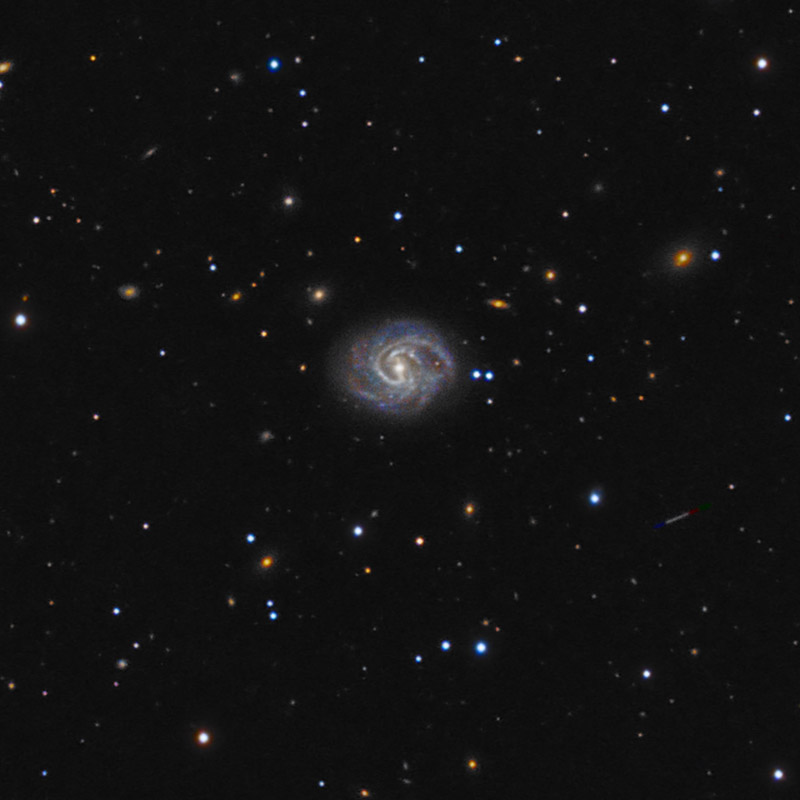 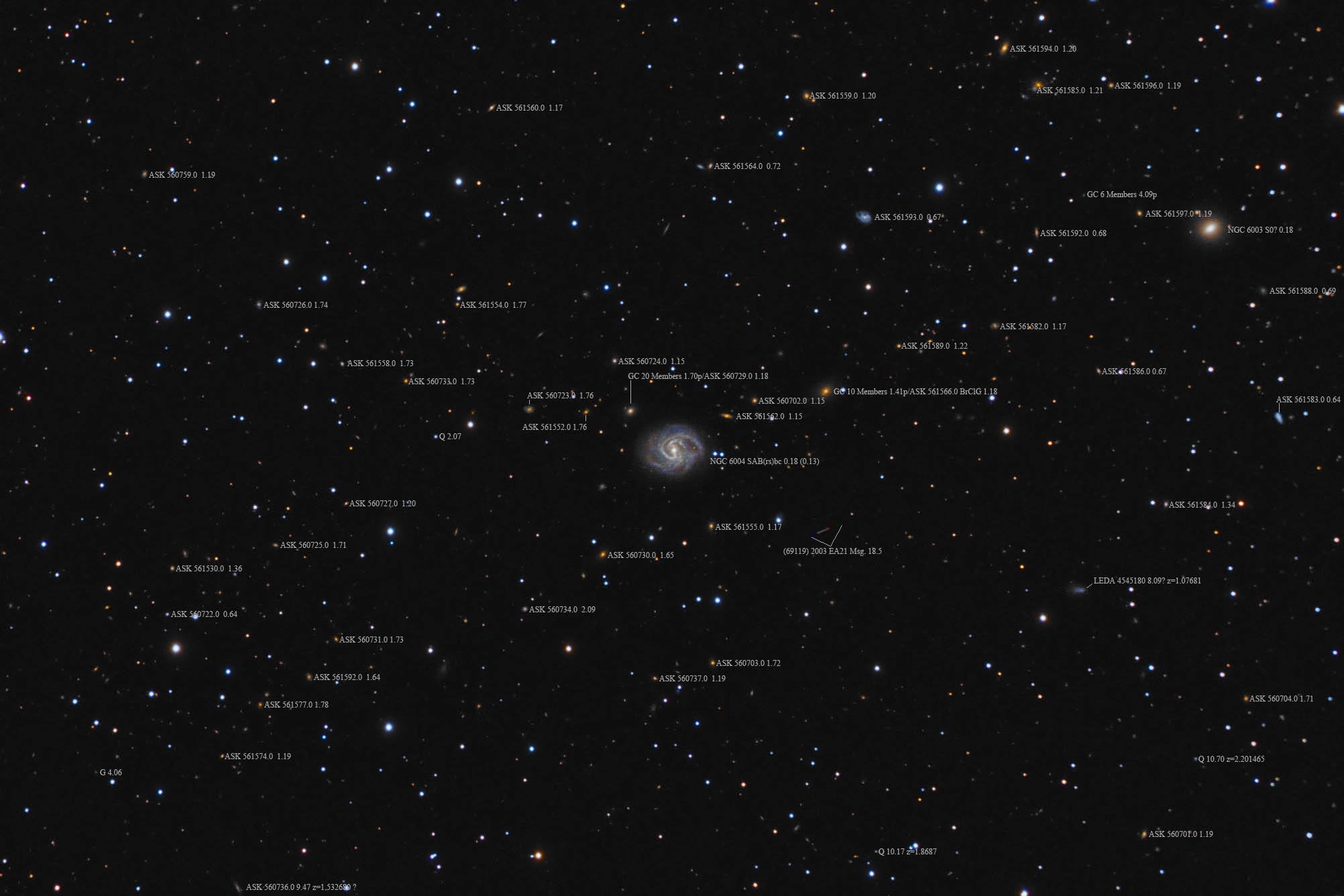