NGC 6012 is a very weird looking barred spiral in Serpens Caput about 90 million light-years distant. The NGC project classifies it as SBa while NED using a more complex classification system says (R)SB(r)ab: LINER: They indicate it may have a LINER core which could mean a somewhat active feeding black hole at its core though it may be due to white dwarfs in the galaxy. Note the colons are about the equivalent of question marks so there\'s some question about this. Assuming the 90 million light-year distance is correct it is about 85 thousand light years across. A respectable size for a barred spiral.

What drew my attention to it is the odd bright ring-like structure that appears could be a round ring seen foreshortened but since the galaxy is obviously seen nearly face on that would seem unlikely. The papers I found indicate the \"ring\" is caused by the bar (otherwise nearly invisible at visual wavelengths) which is outlined by bright stars creating the ring effect. These say the bar is well seen in K band IR images though I couldn\'t find any online. The DSS IR image shows some hint of the bar. I know of no other galaxy with a bright star outlined bar. I would have thought its appearance strange enough for Arp\'s atlas under his miscellaneous category but apparently, it didn\'t make the cut. NGC 6012 was discovered by William Herschel on March 19, 1787. It isn\'t in either H400 program.

While NED shows thousands of background galaxies none in my frame have redshift data but for NGC 6012. Therefore I haven\'t bothered with an annotated image. 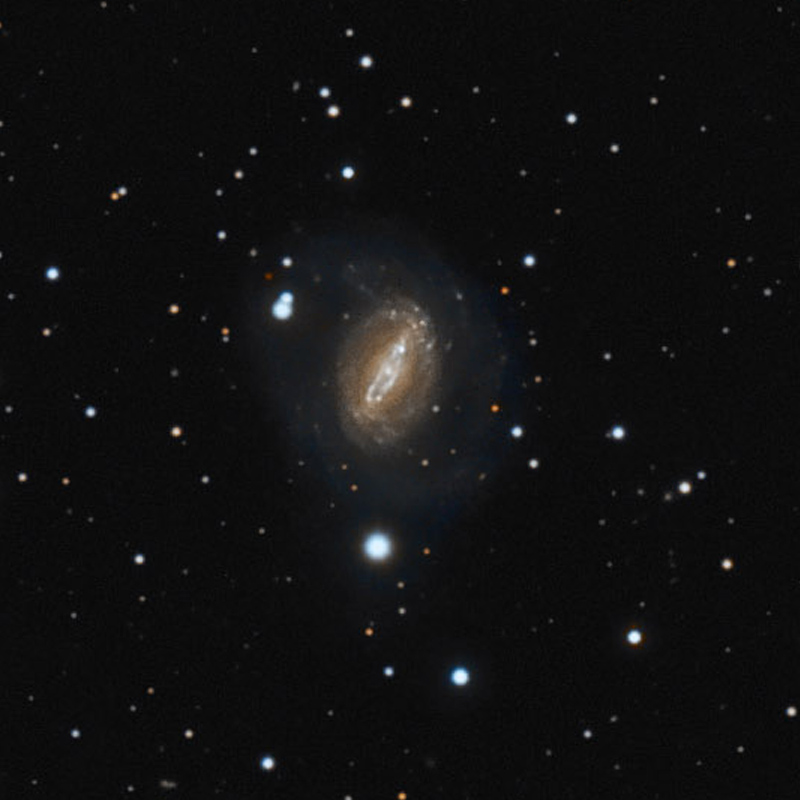 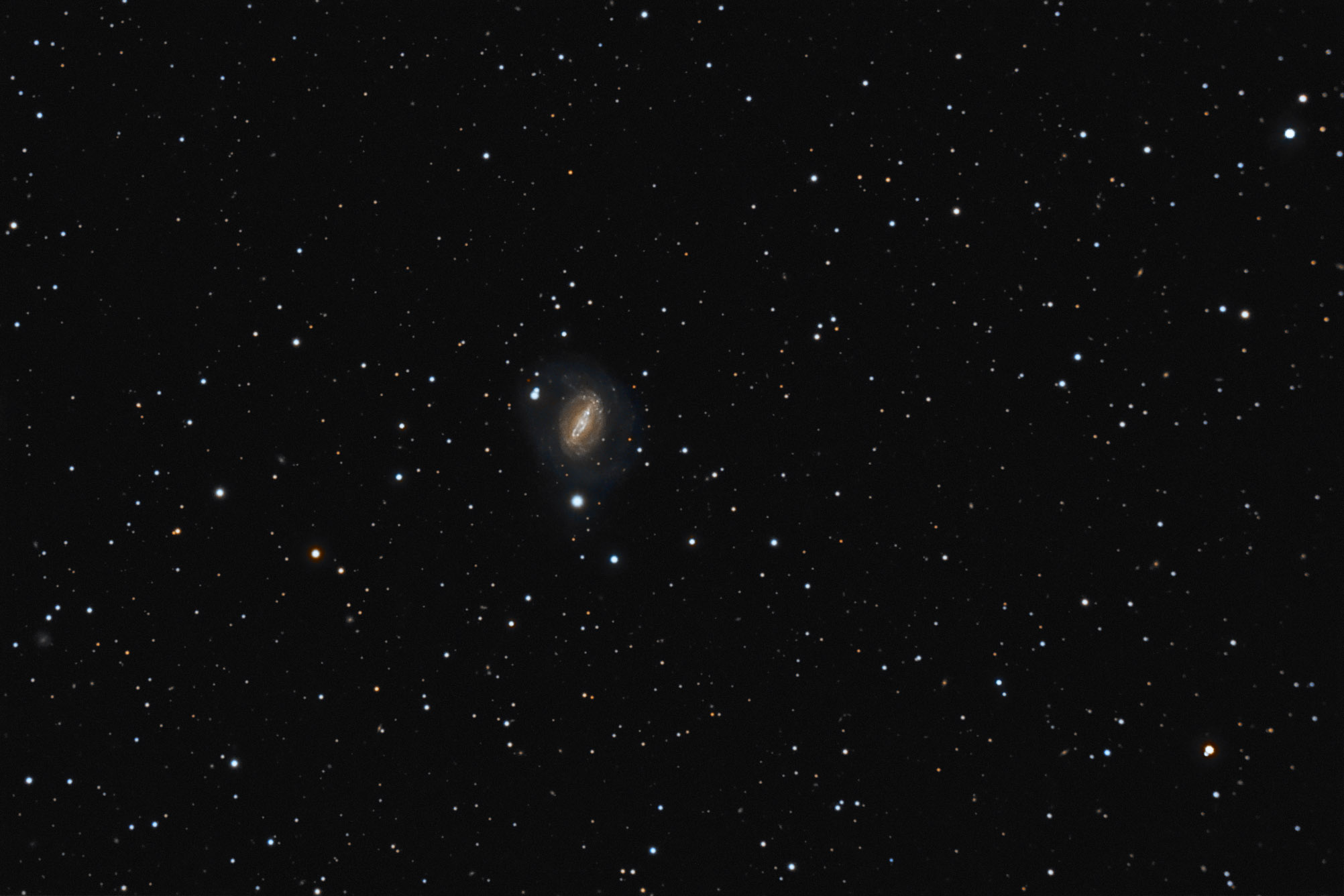