The planetary nebula NGC 6058 in Hercules was discovered by William Herschel on March 18, 1787. It is in the second H400 program. At 13th magnitude, it isn\'t an easy object visually in my 10\" scope. It does appear rather green to me in my 10\" scope so I was surprised to find it quite blue in my data. While most internet images of it show it as blue a few are indeed green. Why the discrepancy I don\'t know. The only distance estimate I found put it at about 11,500 light-years away. One paper puts its age at 5 to 6 thousand years. At 40\" in diameter, it would be about 2.2 light-years across. That seems large for the given age. It may be quite a bit older to have reached that size. That paper says it is made up of 4 separate oval shells all centered on the central star. It\'s been a busy 5 to 6 thousand years for this planetary. http://www.astroscu.unam.mx/rmaa/RMxAC..40/PDF/RMxAC..40_pguillen.pdf

Being in Hercules there are a lot of background galaxies though most had no distance data in NED. All that did are shown in the annotated image.

Due to the brightness of the central star, I used 5 minute subs for the luminance frames and still saturated the central star. By taking 10 of them I get somewhat the same depth as 4 10 minute frames (12 is better but not enough darkness for that in late June) due to the rather high read noise of my camera. This posed a problem when I went to process this data many months later. I found I had no 5 minute darks taken at the -20C temperature. In fact, I had no darks at -20C for any exposure, so scaling was out as I\'ve had good success scaling down as to time but never as to temperature. I had to make do with new darks taken many months later. Not a great match as the camera has aged over those months but better than nothing. Fortunately, the color frames were taken a different night and I correctly set it for -25C for which I did have good darks. How I messed up and used -20C for the luminance I can\'t fathom. 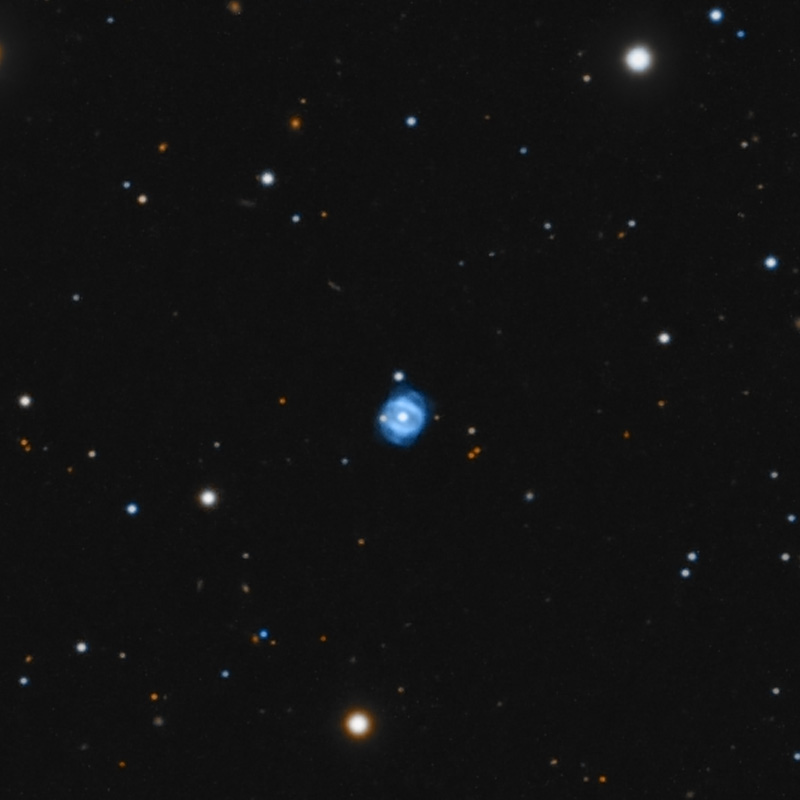 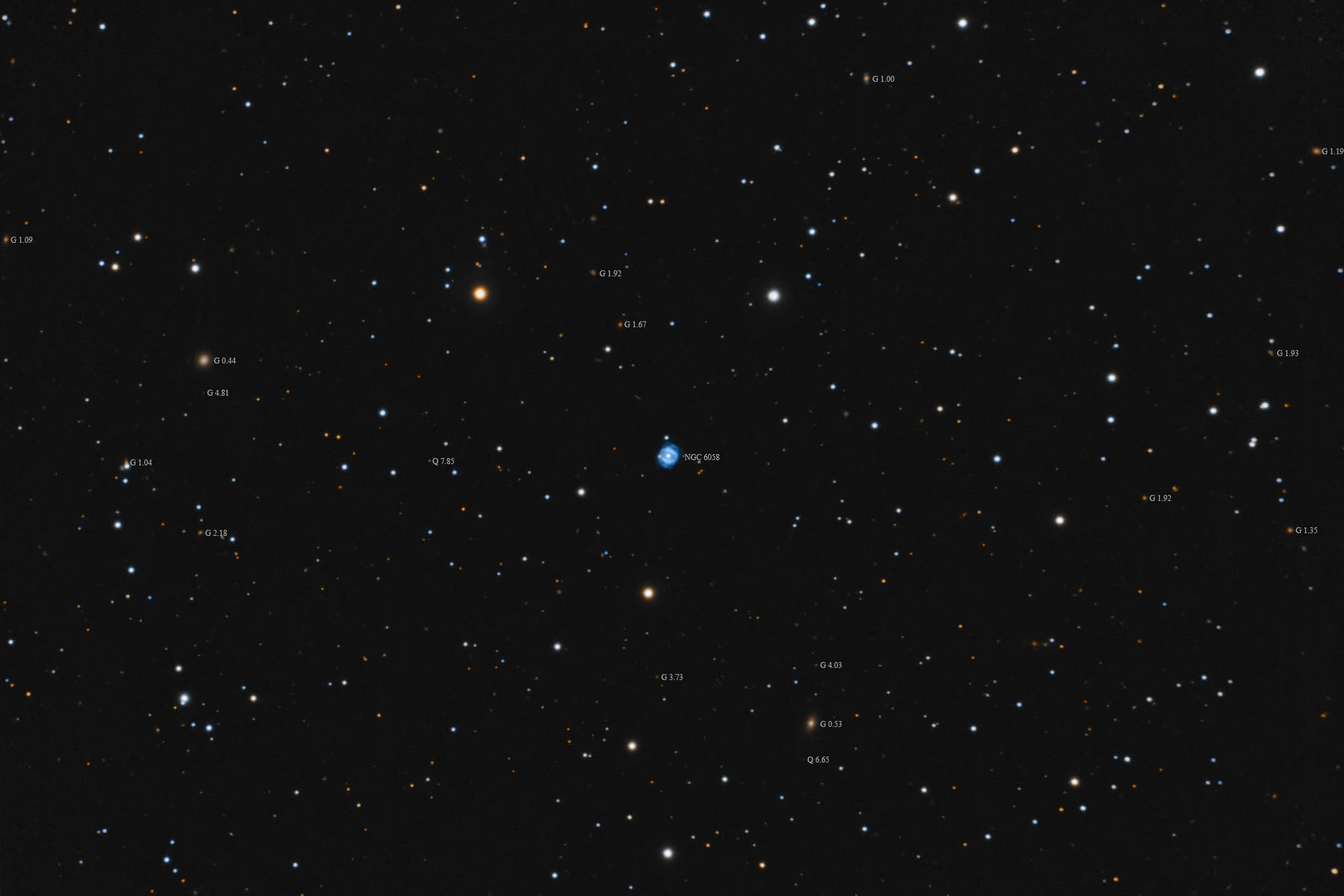 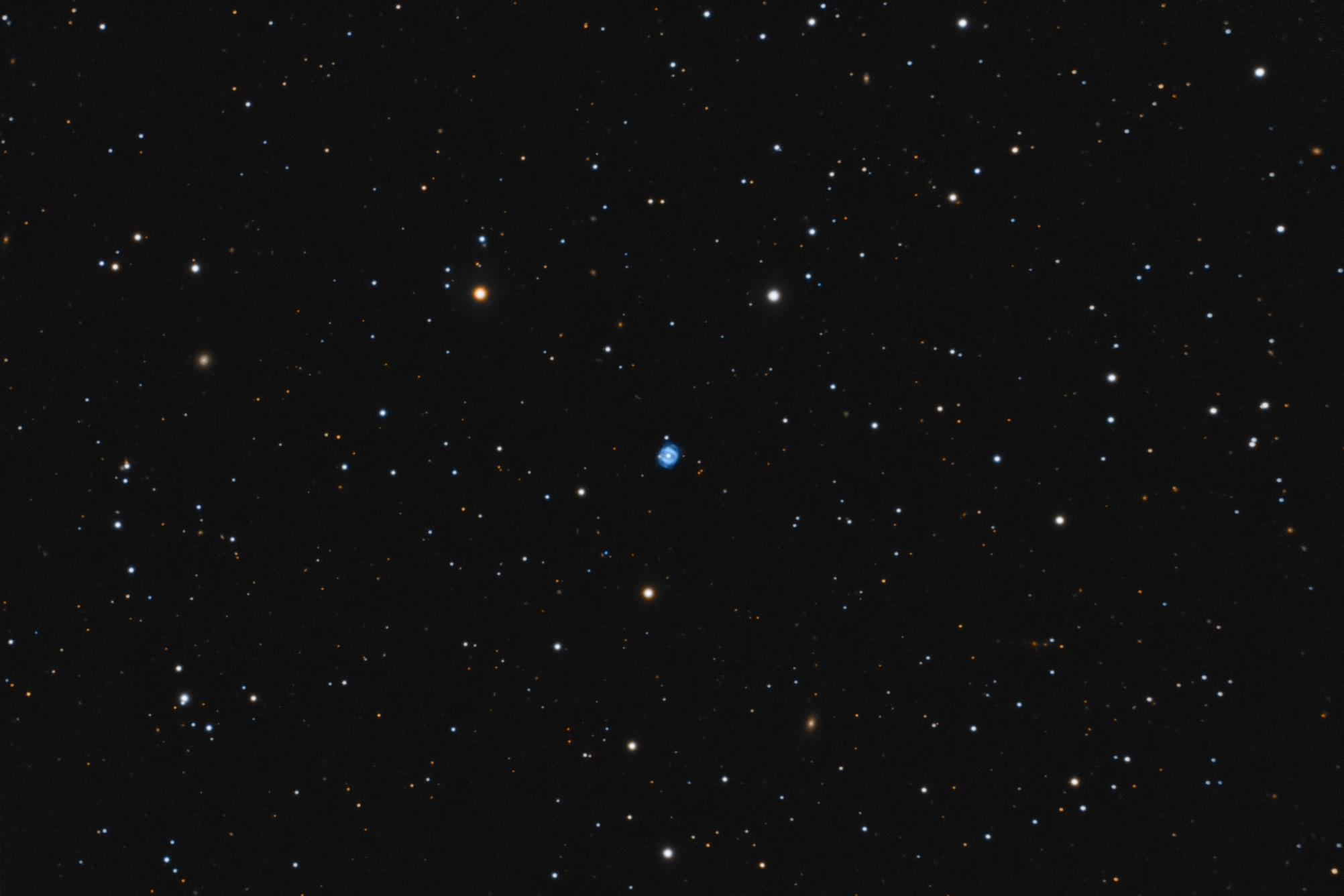