NGC 6106 is a rather ragged Sc spiral galaxy in southwestern Hercules about 70 to 75 million light-years away. It was discovered by William Herschel on April 13, 1784. It is in the second Herschel 400 observing program. The only other major galaxy in the frame is UGC 10337/PGC 057827. it is a rather red edge on Sb spiral.

There is what I see as a bright star about 5 seconds of arc southwest of the core. NED, however, claims it is is the galaxy NSA 166863. They give it a magnitude of about 13 which is correct and a size of 2.4x0.9 minutes which can\'t be right. They also give it a redshift of virtually zero which is to be expected for a star in our galaxy. The size and brightness are only slightly less than what they quote for NGC 6106. It appears somehow their automation decided that it was the core of NGC 6106 causing this confusion. In any case, it is a point source in my image and definitely a foreground star in our galaxy.

There are a lot of distant galaxies in the image out to 5 billion light-years and beyond. Two, if the redshift is correct, are the most distant individual galaxies I\'ve imaged. One with a redshift of 1 which puts it at 7.78 billion light-years distant. But the real puzzler is north of it with a redshift of 2 and a distance of over 10 billion light-years. Further than any quasar in the image. I listed it with a question mark as I have a problem with my system seeing a galaxy at that distance, quasar yes. If it really is a galaxy then it is a humongous one. It is a bit diffuse in my image but that could mean it is a tight group of galaxies at that distance rather than one. I could pick up the combined light of a small cluster at that distance if the galaxies making it up are huge. NED labels this one as a verified spectroscopic redshift determination so I can\'t deny the distance. I\'d love to know more about what that object is. NED identifies it as SDSS J161935.74+072831.3 if anyone wants to pursue this further. 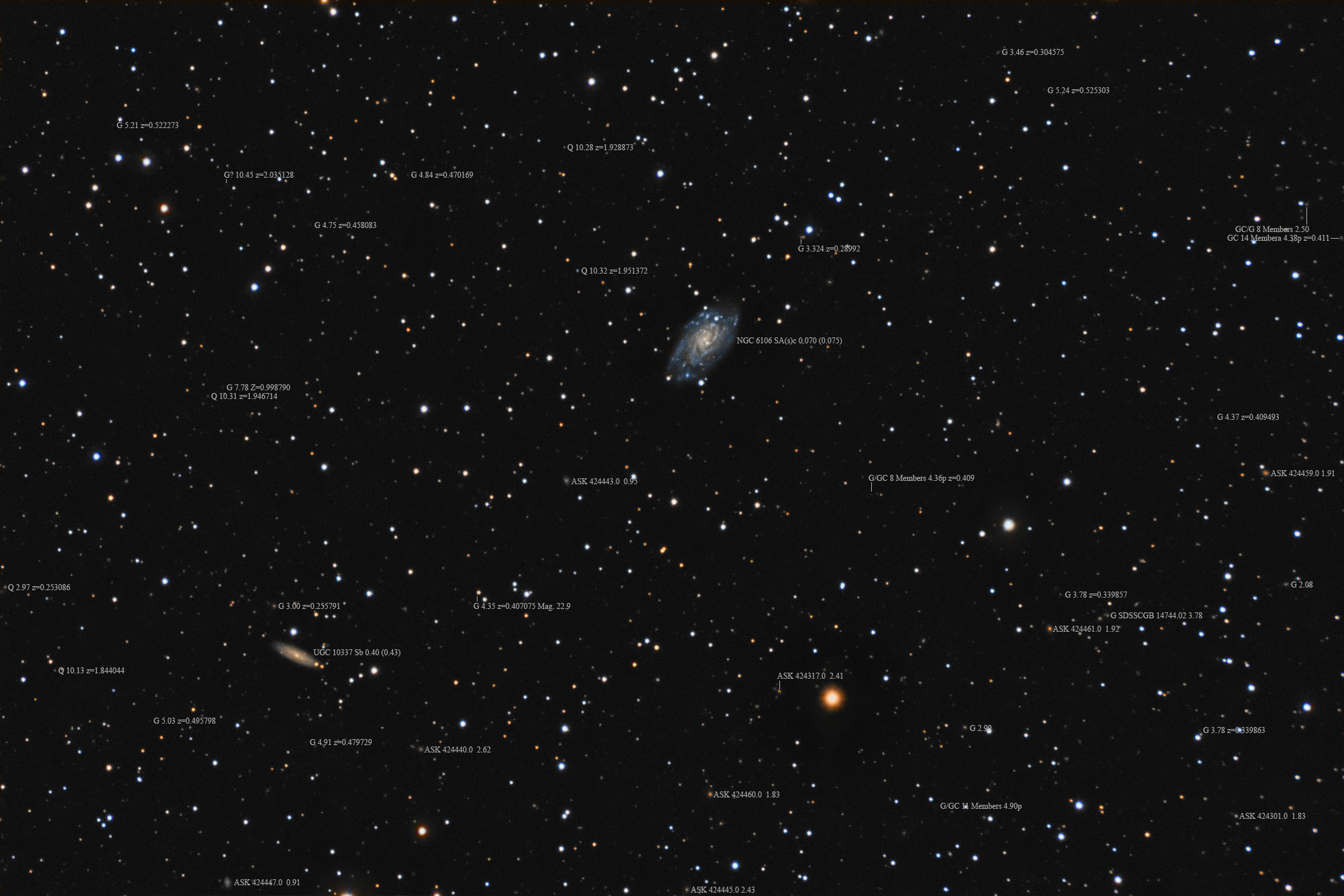 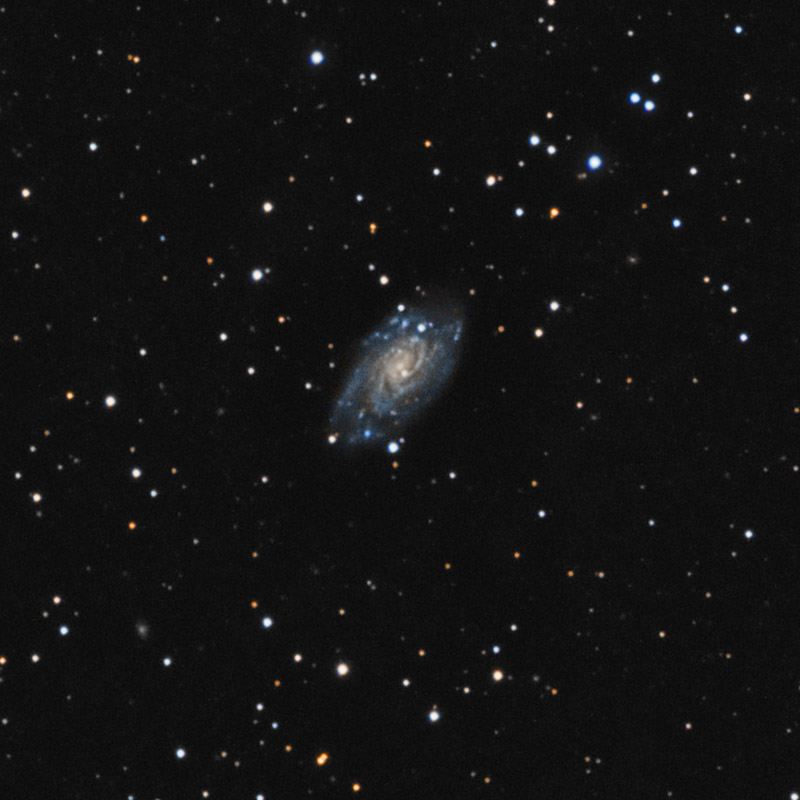 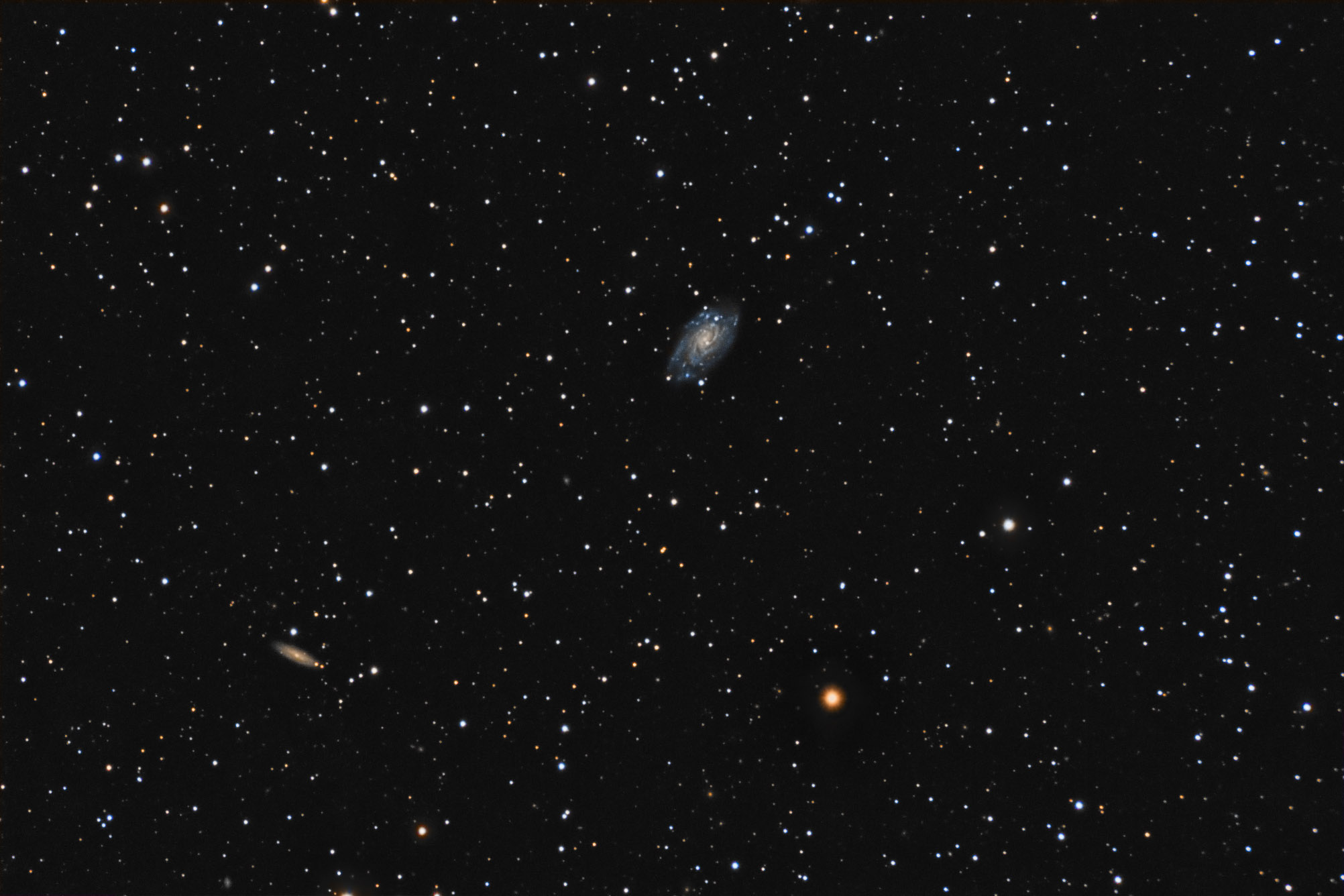