How Arp missed or decided against putting this rather famous galaxy in his catalog I can\'t fathom. During the time of his atlas, the best anyone could do in understanding this one was shown in comments like this from a 1964 paper: \"Complex core with strong dark lane. Distorted. Faint outer filament. No nearby object of similar size. Another very peculiar object.\" We now know this is the result of a galaxy merger. It has two nuclei only 1.8\" apart. As the early paper says it is quite alone in space. This makes the merger all the more surprising. The galaxy is a super-luminous IRAS (infrared) galaxy and a starburst galaxy. Both likely the result of the merger. It has spectral characteristics of LINER and Seyfert 2 galaxies. Redshift puts it 335 million light-years away and is seen against the stars of Ophiuchus. It is well covered by the HST. They say it is 400 million light-years distant. I can\'t explain the difference but it does show the difficulty of determining distance to such objects. It was discovered by Édouard Stephan on July 12, 1871. For further information on this merger and to see the great HST image of it go to: http://www.spacetelescope.org/static/archives/images/large/heic0810ai.jpg

The only other galaxy in the image with any redshift data is HELLAS 190. This is an X-ray catalog with very poor resolution. The error bar was so large several possible objects were within the error circle, all very near the limit of my image. Its redshift puts it 4.2 billion light years away. Virtually everything else comes from the 2MASS survey of infrared objects. None have any distance data. 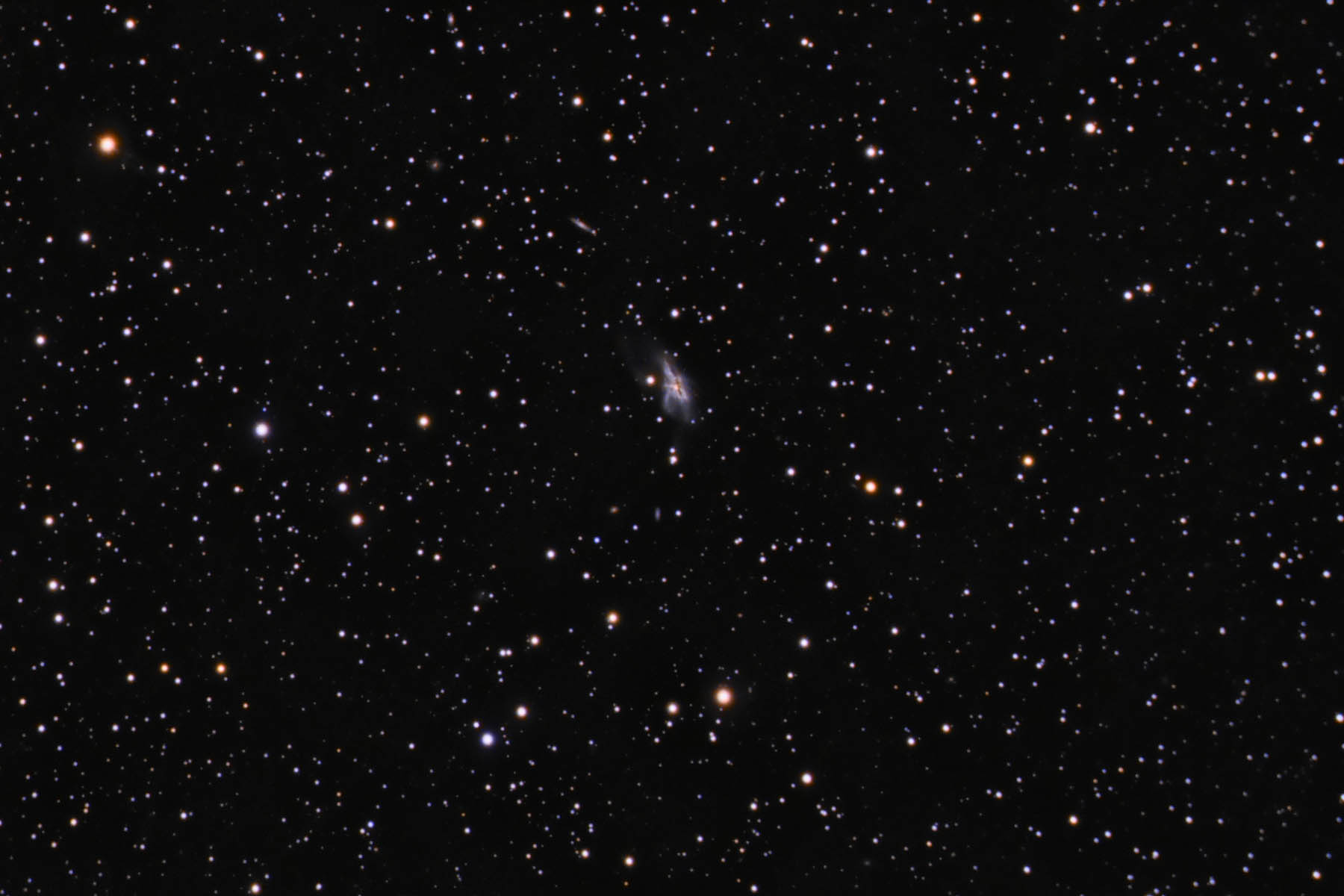 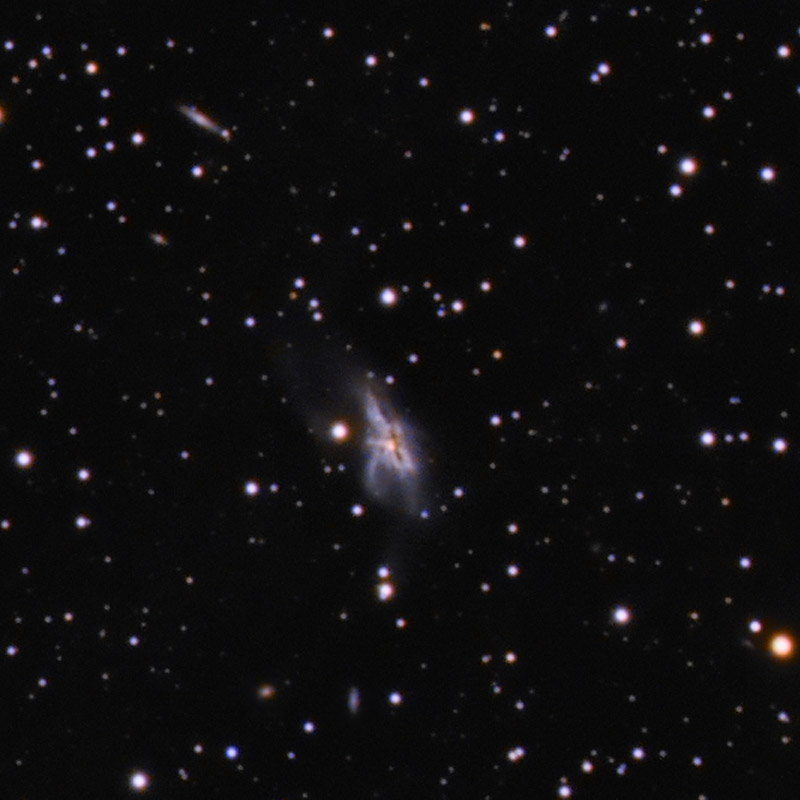