On its east edge is a bright blue star cloud so bright it almost looks like a field star in my image. Several sources including NED say it is a separate galaxy with HII emission though what few notes I find on it say it is just a rich, dense star cloud in the galaxy. One reads: \"The galaxy has been noted to have a possible companion (HS 1653+3634) which lies 75\" to the east. It seems more likely from GALEX data that this object is just a particularly bright, blue cluster complex in the XUV-disk of NGC 6255.\" I tend to agree. Redshift would indicate that is the case as well with that side if the galaxy rotating toward us reducing the measured redshift slightly. In any case, I\'ve marked it in the annotated image.

NGC 6225 was discovered on May 16, 1787 by William Herschel but being so faint it didn\'t make either of the Herschel 400 observing lists. I suspect it would be a difficult target for even a 16\" scope seen visually.

I moved it to the west from center as even in the 10-second framing image I\'d taken I saw what appeared to be two galaxy clusters well to the east and wanted to better include them in the frame. Turns out that was a good idea as they both show quite nicely. The galaxy was so faint I\'d hoped to get at least 8 frames of luminance and 3 for each color but that meant two nights work in early July and the weather just didn\'t cooperate. I took this data on July 3, my first July image but the fifth luminance frame was severely hurt by dawn. I included it but doubt it helped much if any. I put it back on the list for a second run but that never happened so I went with the data I was able to get. 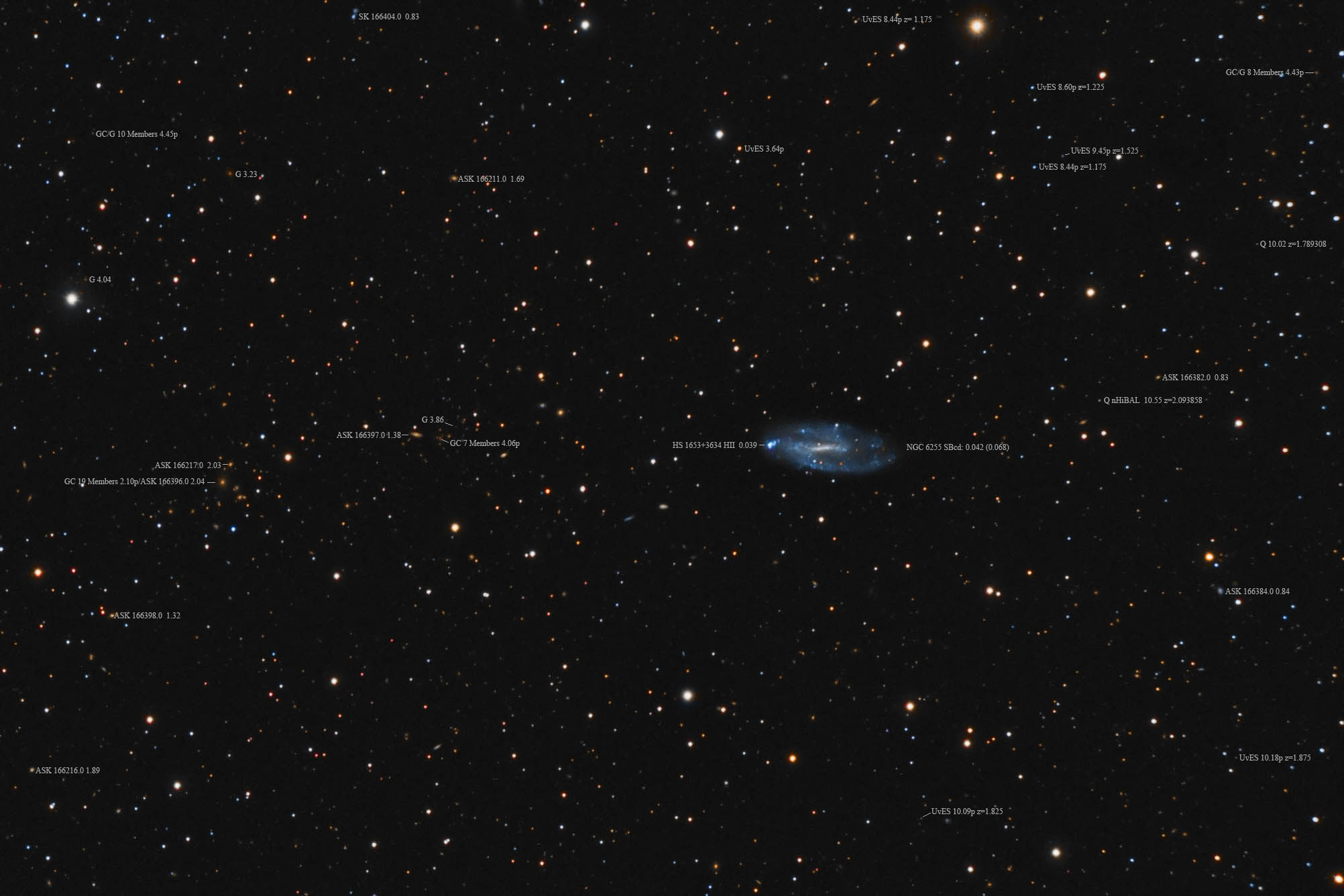 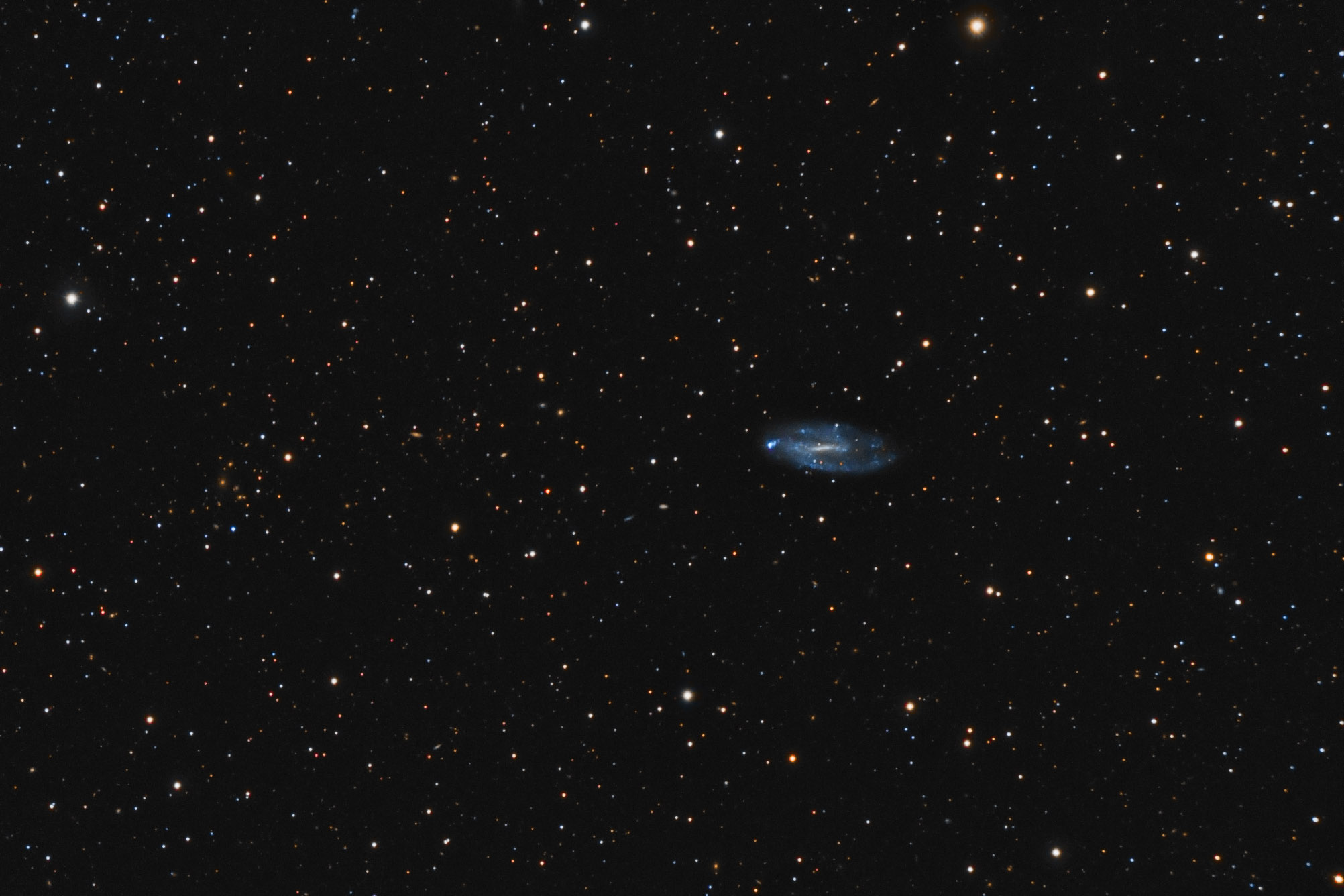 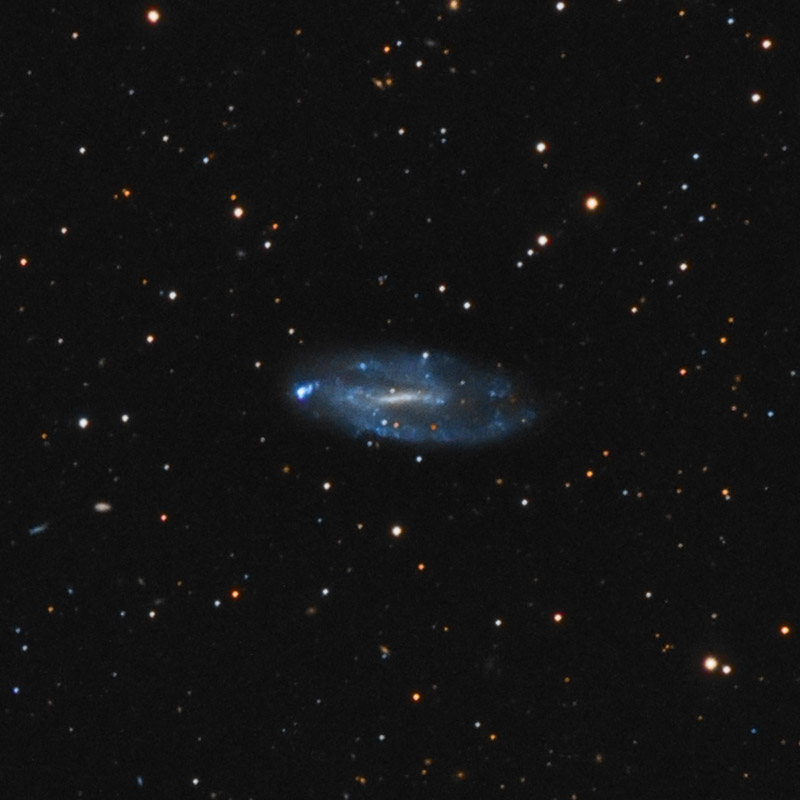