NGC 6338 is the cD galaxy anchoring the SDSS-C4-DR3 3152 galaxy cluster. The cluster contains some 83 members about 400 million light-years away near the head of Draco. NGC 6338 is classed as an S0 galaxy rather than elliptical and has a redshift that puts it 370 million light-years distant, somewhat closer than the listed value for the cluster it anchors. Adding to the confusion NED lists a 6 galaxy NGC 6338 group at 380 million light-years. All this indicates how difficult it is pinning a distance to a galaxy or group of galaxies. It was discovered by William Herschel on April 24, 1789. It isn\'t in either H400 program

Just north of NGC 6338 is the galaxy pair of VII Zw 700 that share a common halo of stars. Redshift puts the brighter core at 430 million light years. The fainter southern core has no redshift data.

The annotated image shows the distances to the galaxies (G) in the image in billions of light-years. Normally most are over a billion light years distant but in this case, most are around 400 million but I stuck with convention. UvES stands for Ultraviolet Excess Source and often marks probable quasars. Their distances are photographically determined rather than spectroscopically determined so likely have a larger error bar. Most labels are immediately right of the object. When this wasn\'t possible a line was drawn to the object. Galaxies with names other than those that just give its position (SDSS, MASX, etc.) are shown. Most are IC and NGC numbers. The oddball is GIN. Which simply stands for Galaxy Identification Number. What criterion was used for galaxies to include is unknown to me. NED used it as the primary designation for only one galaxy in the field.

This field may have set a record for the number of galaxies with redshift data. It will be a short-lived record. I\'m working on one that will make this one seem lonely by comparison. Also, it may have set a record for galaxies not in NED. Many of the small ones around NGC 6338 aren\'t even in NED let alone have redshift data, yet several thousand galaxies are shown for my field, just that some of the brighter ones aren\'t there. I don\'t know why.

Edit: This one was researched when I was just starting to look up things in my field. For some reason, I never covered the other NGC or IC galaxies in the image as I would today. For now, I\'ll just say that NGC 6345 and NGC 6346 were found by Lewis Swift on May 13, 1887. IC 1250 was also found by Lewis Swift but on June 23, 1890. IC 1252, also known as IC 4649 was found twice by Guillaume Bigourdan. He realized it a duplicate but then didn\'t note this in a way Dreyer realized it was a duplicate causing him to give it a second entry. IC 4650 Bigourdan found IC 4650 on September 6, 1891. This was a day after his duplicate find of IC 4649. I always wonder if such one day differences of objects near each other are due to one being made before midnight and the other after. 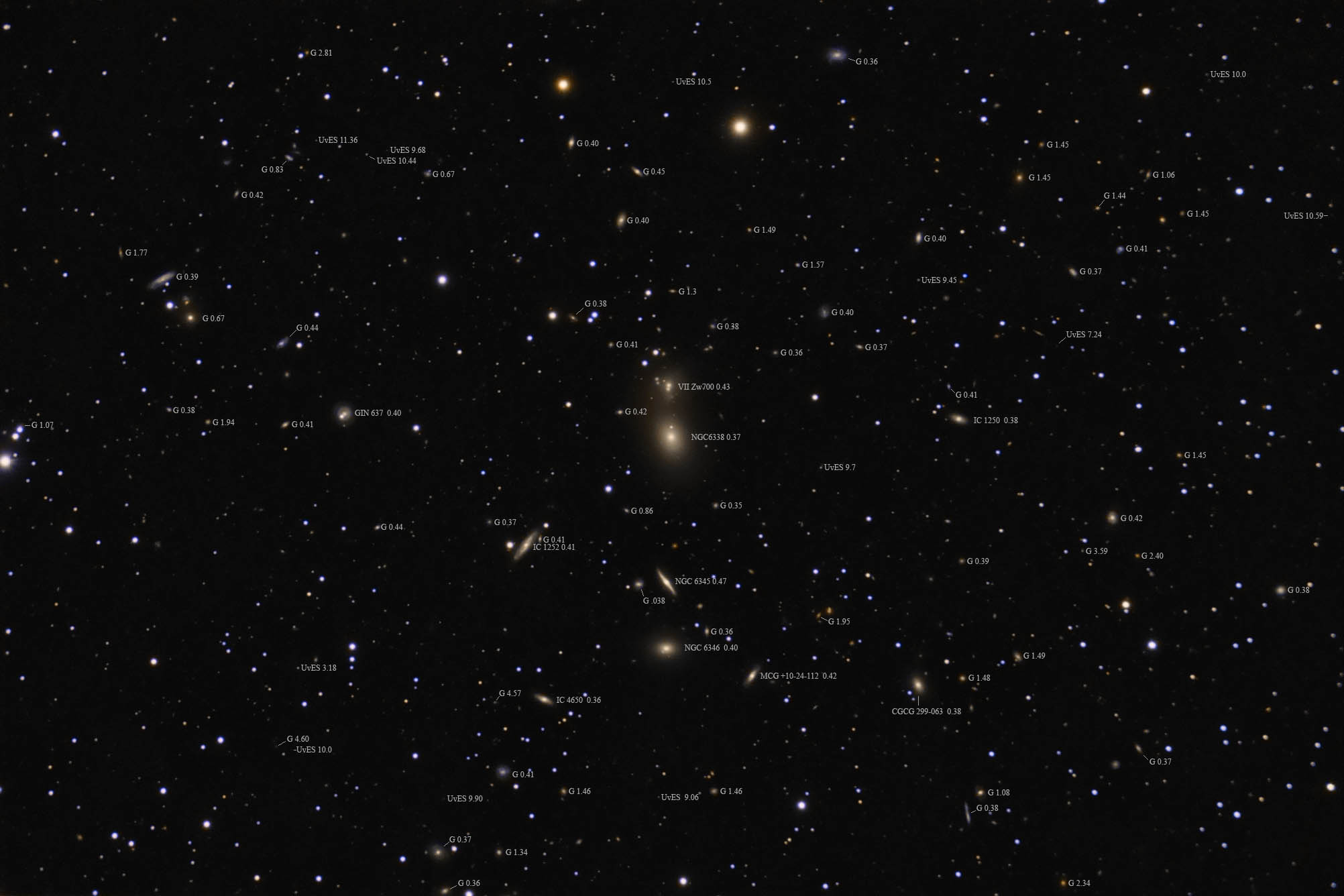 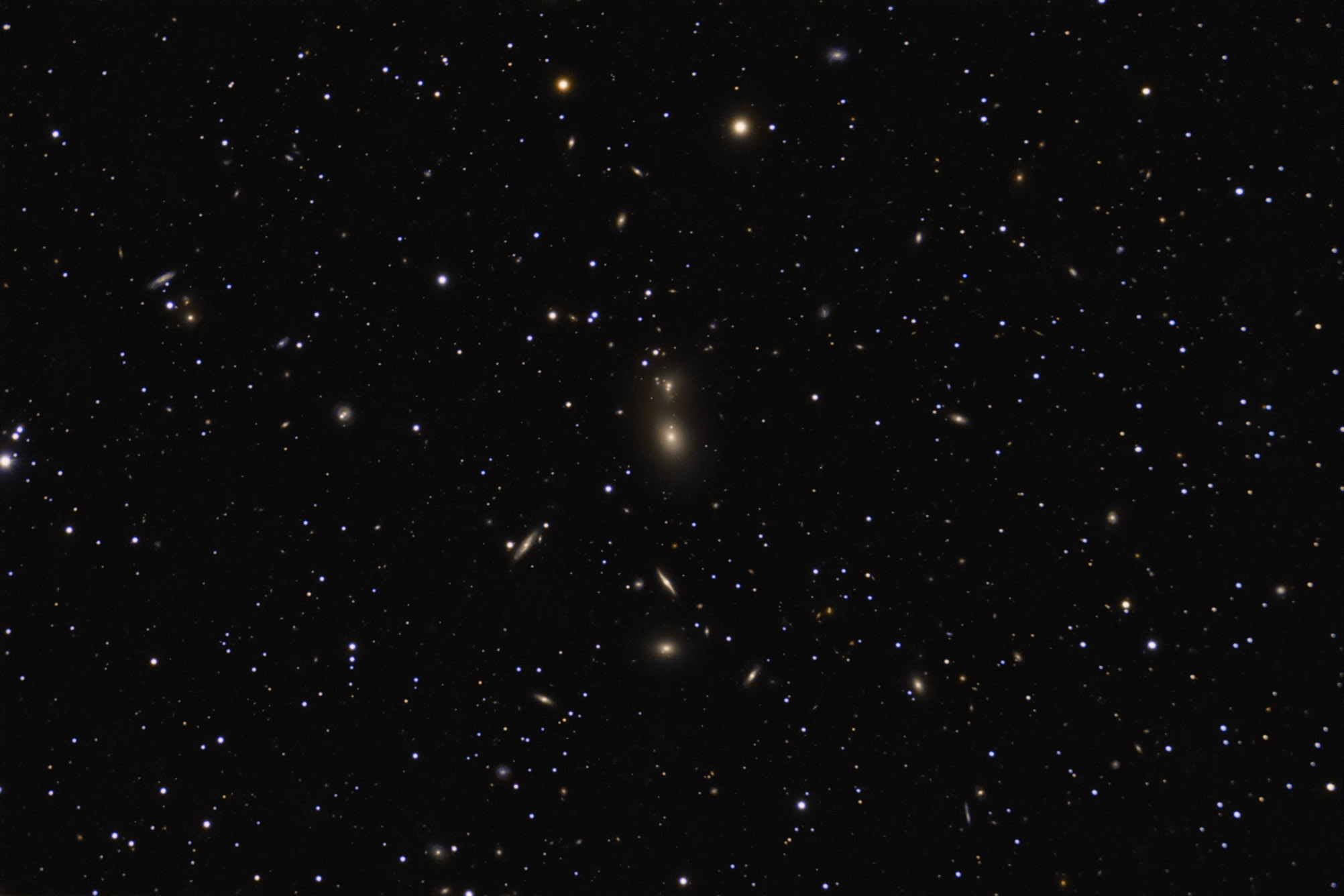