NGC 6366 is a faint, scattered, very reddened by galactic dust, globular star cluster in the constellation of Ophiuchus 3 degrees southwest of far better known M14. It is about 11,400 light-years from earth and 16,300 light-years from the center of the galaxy. It is classified as class XI. These tend to look much like open star clusters than globular star clusters. It\'s brightest star is only magnitude 13.6 so it isn\'t easily resolved even in fairly large amateur telescopes. NED shows it dimmed by 2.5 magnitudes in the V band where human vision is most sensitive. Photometric measurements show it 1.6 magnitudes brighter in red light than blue. This turns its stars quite red in my image. I color balanced to the photometric values, not the spectral values. The latter would have shown it much bluer erasing the reddening of the dust we are forced to look through to see this globular.

I had to move the cluster well right of center to keep the 4.5 magnitude F3V star, HD 157950, out of the frame. Even then it sent a nasty blue gradient across much of the image though it didn\'t quite reach to NGC 6366 itself. During the image, transparency was poor for the color data. It was a bit better but still far from \"normal\" when I took the luminance channel. This weak color data made getting color into these stars rather difficult.

It was discovered on April 12 1860 by Friedrich August Theodore Winnecke, a German astronomer. It is said by Auwers it was found using a 3\" Merz refractor. He discovered other NGC objects, numbers 1398, 2146, 2276, 4760, 6791, and 6655. He is sometimes said to have found 2300 but it was seen 4 years earlier by Borrelly. He is sometimes credited as co-discoverer of 1360 but Swift found it 3 years earlier. Georg Friedrich Julius Arthur von Auwers another German astronomer included it in his list as Auwers 36. I can\'t tell if this is an independent discovery. Since these two were friends that shared data it may not be an independent discovery.

While there is a scattering of faint, highly dust-obscured galaxies in the frame none had redshift values so no annotated image was prepared. 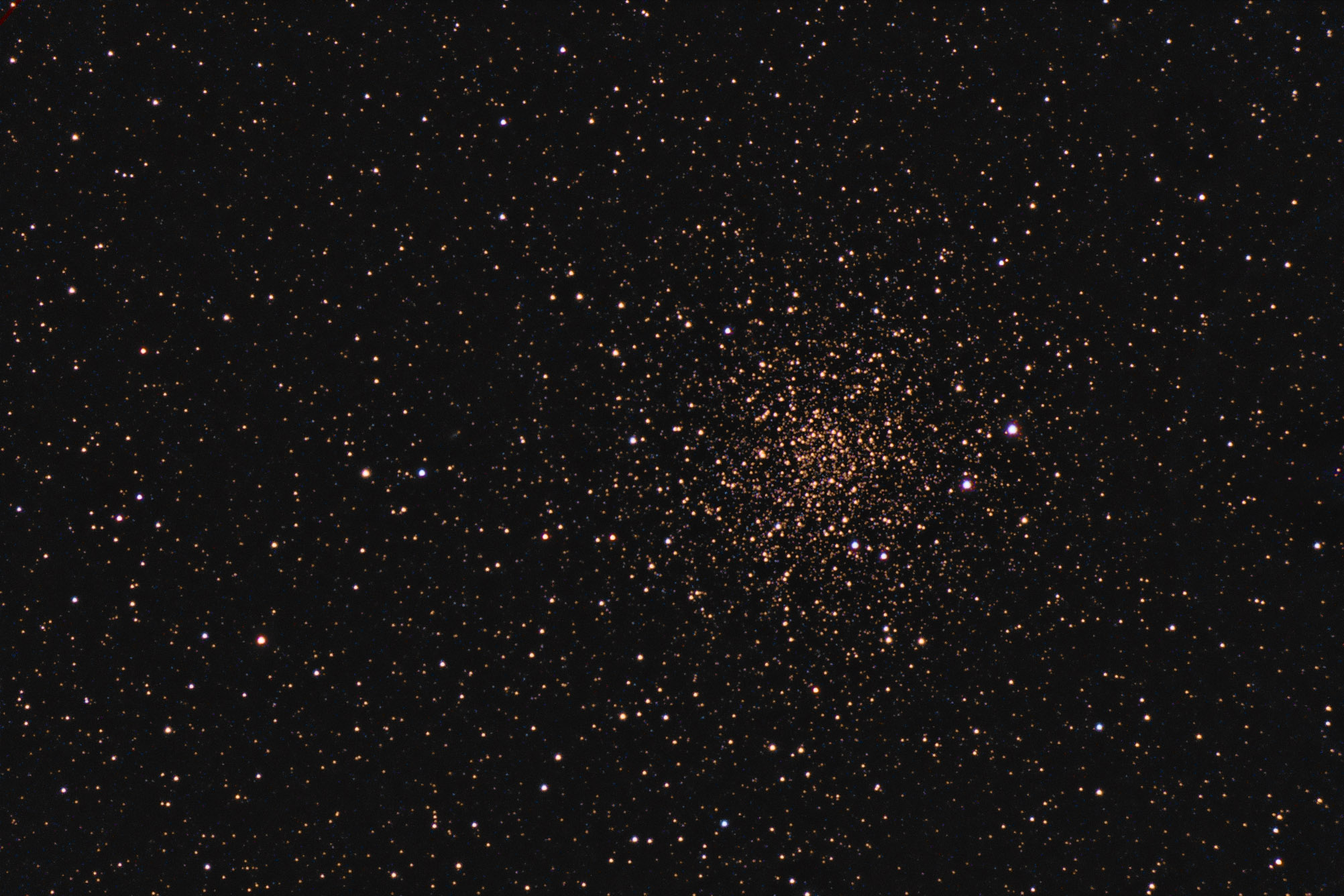