IC 1261 is a pair of galaxies in a common halo located about 625 million light-years from us in northern Draco not far from the bowl of the \"Little Dipper\". Left to right they are PGC 060185 and PGC 060186. Redshift puts the latter slightly further away but that is likely just due to their relative motion and not a valid distance difference. The common faint halo measures some 375,000 light-years across. The galaxies themselves, ignoring the halo are much smaller. I get a size of PGC 060185 as 75,000 light-years and PGC 060186 as 85,000 light-years. NED lists both as elliptical E galaxies while Seligman says 060185 is E/S0 and 060186 as E2. The pair was discovered by Lewis Swift on September 8, 1888.

The only other galaxy in the frame with redshift data is NGC 6395. It is listed by NED as Scd: The NGC project says Sc pec and Seligman says Sc?? pec. At first glance, it seems like a normal spiral but when you look closer there are no spiral arms. One rather bright arm segment and then nothing but a random mess of star clouds. Also while it isn\'t seen edge on it does give the impression of having no central bulge and thus being quite flat though it isn\'t in any flat galaxy catalog. Redshift puts it only 51 million light-years away. 13 non-redshift measurements (all but one Tully-Fisher) have a median value of 70 million light-years. It was discovered by Edward Swift on September 18, 1884. Its position was later refined by Guillaume Bigourdan. If you look closely at my image you can see it extends a lot further both north and south than it first appears to. Using its full diameter of 172 seconds on my image and the 70 million light-year distance it is 58,000 light-years across. I found surprisingly little on this very strange spiral that has a disk but no real spiral structure. I\'m guessing this as well as the large faint extensions are due to something it digested in the recent past.

While NED lists over 4000 galaxies within 20 minutes of the center of my frame only these three have any data to speak of. Unfortunately, this is quite common when working above 70 degrees declination. NED does list a few galaxy clusters but I see only the BCG at those positions and the distances are photographic so not all that reliable. With so little to go on, I didn\'t bother to create an annotated image. 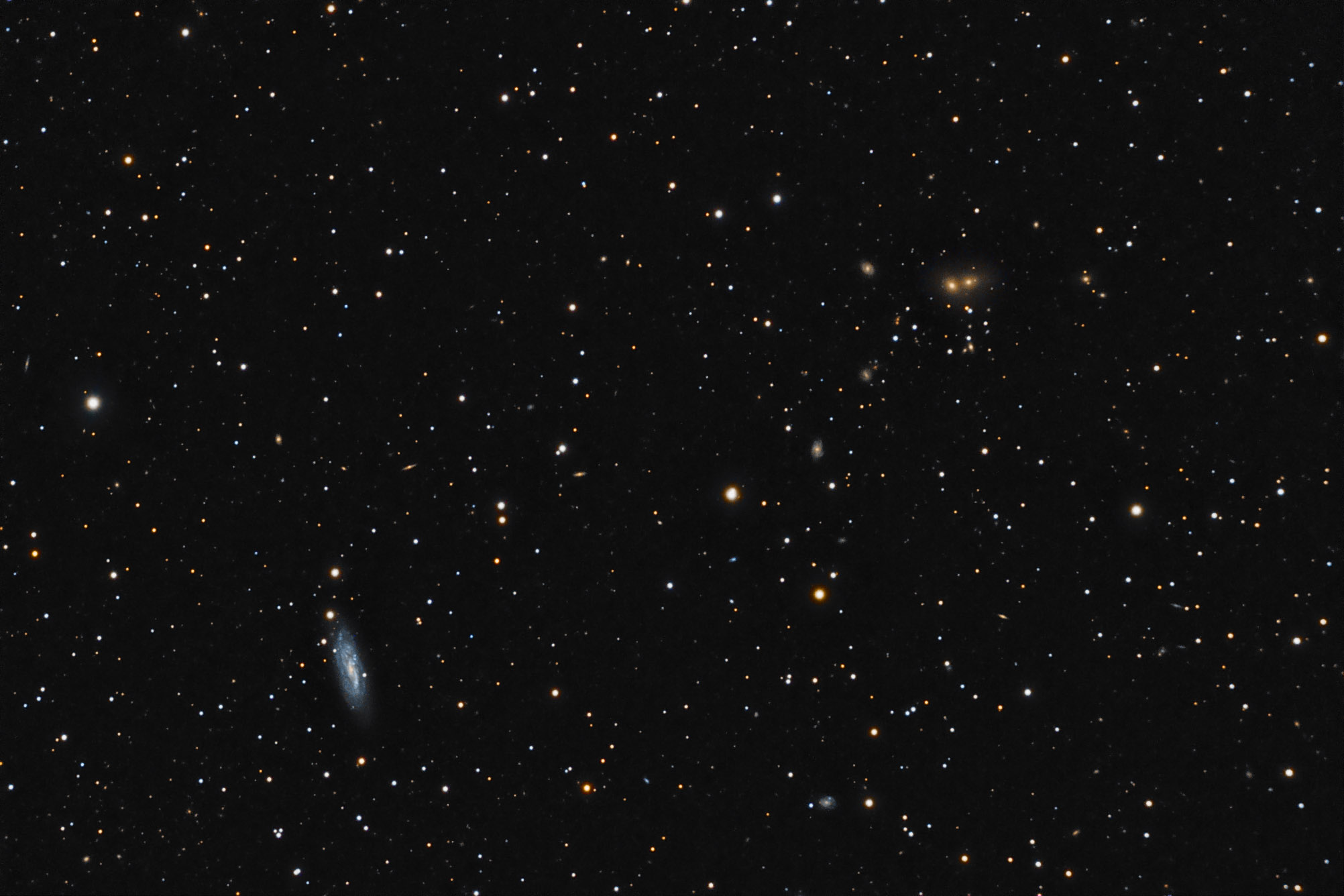 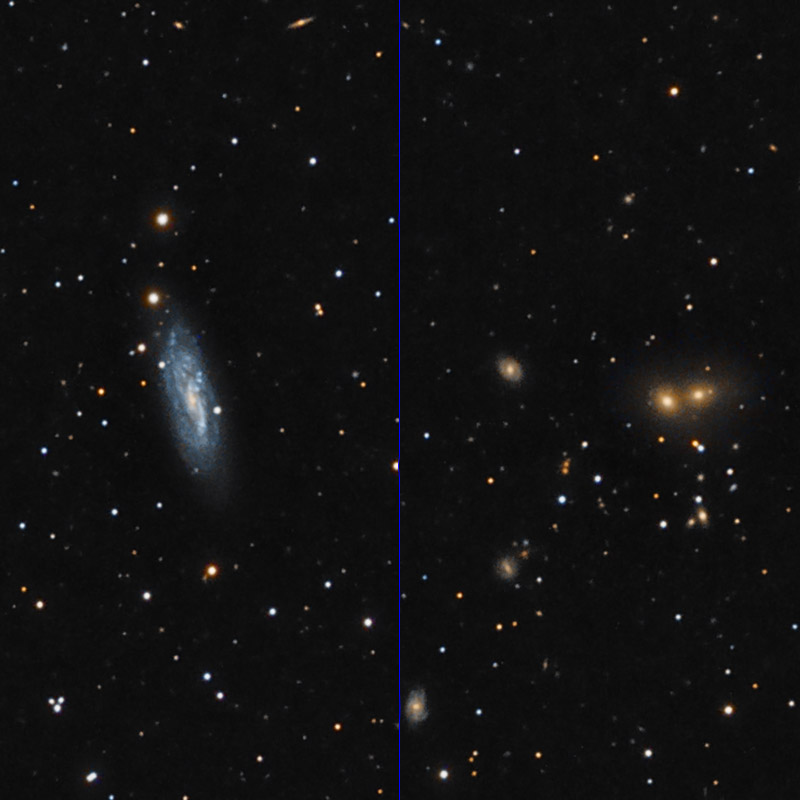