NGC 6517 is a globular cluster in Ophiuchus about 35,000 light-years distant and about 14,000 light-years from the galaxy\'s core. Judging by the red star color I assume the area is highly reddened by dust though I didn\'t find by how much. Its diameter is listed at 4.1 minutes of arc. Using that and the above distance it would be about 42 light-years in diameter. It is listed as class IV. Type I is most condensed and XII the least. For comparison, M13 is class V so less condensed. It certainly doesn\'t look very condensed in my image. That\'s because I altered reality. With a standard stretch, the core was saturated showing it was quite dense. But I saw hints of detail so I retarded the stretch of the core region. This brought out three dust blobs near the core I\'ve not seen in any published image of the cluster. I don\'t know if they are in the cluster or between us and the cluster. This is a very dusty region of our galaxy we look through to see this cluster.

The cluster was discovered by William Herschel on June 16, 1784 and is in the first Herschel 400 observing program. My log from that for the night of May 20, 1985 using my 10\" f/5 on a good night at 120x reads: \"Small, faint, unresolved globular, gradually brighter toward the center.\" Reports by Steve Gottlieb for the NGC Project using a 17.5\" Dob says: \"fairly faint, small, irregularly round. 2\' diameter, No resolution at 280x.\" So even with a much larger scope, no stars were seen. I\'d have suspected those two-star trails might show but apparently not. Notice in my image the cluster is quite lopsided to the east. There\'s quite a halo of faint stars to the west. The core is where you see a tight group of stars just left of the three dust balls. Well east of the cluster\'s center but rather well centered in the brightest part of the cluster. I don\'t recall any other cluster in which this occurs.

Being in such a heavily obscured part of the sky nothing else of interest is in the image so I didn\'t prepare an annotated version. 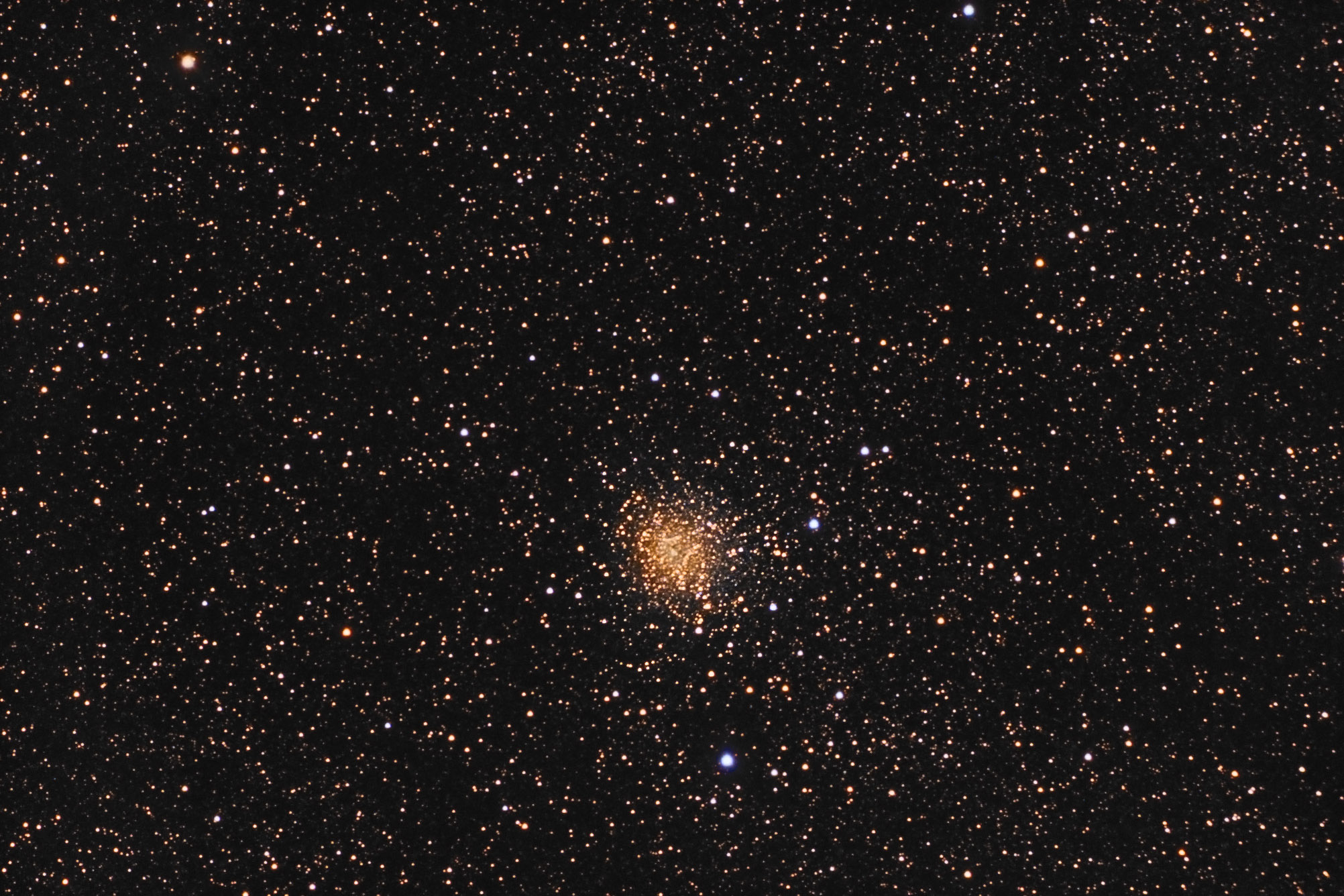